The Madison Medal, established by the Association of Princeton Graduate Alumni (APGA), is named for the fourth president of the United States, who is considered to be Princeton’s first graduate student. It is presented each year to celebrate an alumna or alumnus of the Graduate School who has had a distinguished career, advanced the cause of graduate education or achieved an outstanding record of public service. 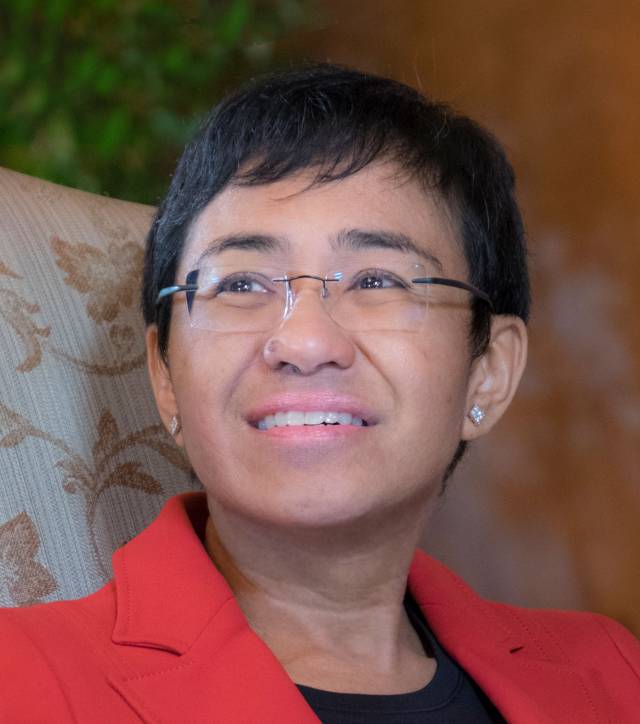 Ressa, a journalist for more than 35 years, is CEO and president of Rappler.com, which she co-founded in 2012. Rappler’s reporting on the authoritarian administration of Philippine President Rodrigo Duterte has been met with continual political harassment and arrests by the Duterte government, and Ressa has been forced to post bail 10 times to stay free. Rappler’s battle for truth and democracy is the subject of the 2020 Sundance Film Festival documentary, "A Thousand Cuts."

This fall, Ressa was one of two journalists awarded the Nobel Peace Prize, along with Russia’s Dmitry Muratov, in recognition of their “efforts to safeguard freedom of expression, which is a precondition for democracy and lasting peace.”

Ressa has been honored around the world for her work fighting disinformation and attempts to silence the free press. In 2018, she was named TIME magazine’s “Person of the Year,” and she has also been named one of Time’s Most Influential Women of the Century. She was among the BBC’s 100 most inspiring and influential women of 2019 and Prospect magazine’s world’s top 50 thinkers. Her numerous journalism awards include UNESCO’s 2021 Guillermo Cano World Press Freedom Prize and the 2018 Gwen Ifill Freedom Award from the Committee to Protect Journalists.

“Maria Ressa has worked energetically over the past 35 years to defend the right of a free press to pursue truth,” said Princeton University President Christopher L. Eisgruber. “Her courageous stand against tyranny and misinformation — in the Philippines and around the world — is an inspiration for us all.”

Ressa participated in the 2021 Reunions Online panel on “Civil Society and the Attack on Journalism.” In her address to Princeton graduates during the University’s virtual Commencement in 2020, she advised them to make the choice to learn, to build community while “avoiding the mob” and to embrace fear, as she has in facing detention and arrests.

During her visit to Princeton’s campus in April 2019, Ressa met with students, faculty and the campus community to discuss freedom of the press and how to combat disinformation. She sat for an interview with Princeton’s She Roars podcast about the weaponization of social media in the Philippines and the dangers of her work.

Previously, Ressa was CNN’s bureau chief in Manila and Jakarta. She taught in Princeton’s Program in Journalism in 2000-01 when she worked for CNN. Born in the Philippines, she immigrated with her parents to the United States in 1973 and returned to the country of her birth on a Fulbright fellowship after graduation.

She is the author of two books, “Seeds of Terror: An Eyewitness Account of al-Qaeda’s Newest Center of Operations in Southeast Asia” and “From Bin Laden to Facebook: 10 Days of Abduction, 10 Years of Terrorism.” She is writing her third book, ”How to Stand up to a Dictator,” for publication in 2022. 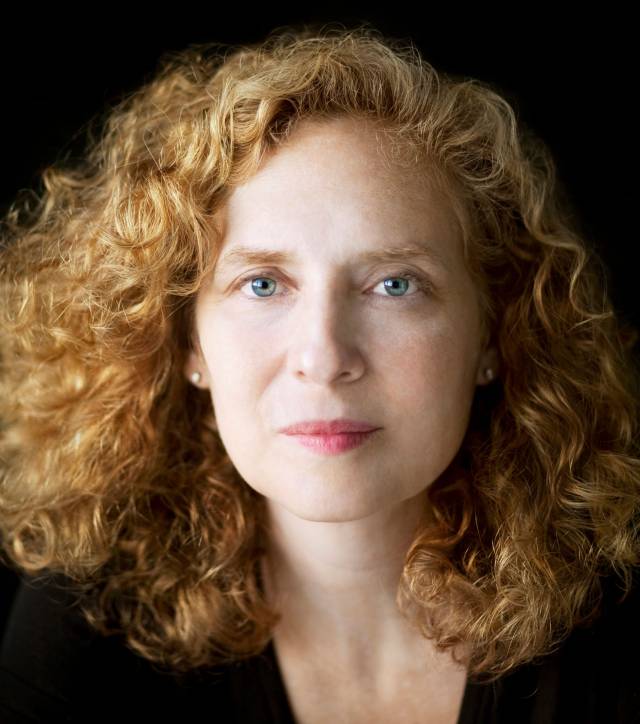 One of the most sought-after classical composers today, Julia Wolfe has written a major body of work for strings, from quartets to full orchestra, and draws inspiration from folk, classical and rock genres, bringing a modern sensibility to each while simultaneously tearing down the walls between them.

When Wolfe was announced as the Richard and Barbara Debs Composer’s Chair at Carnegie Hall for the 2021-22 season, it was noted that she “creates music that has been described as emotionally charged, viscerally powerful, and socially aware. … [she] responds to the world around her, bringing unsung histories to life in riveting musical tableaux, with a focus on the multifaceted history of the American worker. … [her] music invites concertgoers on a journey of powerful discoveries.”

The Grammy-nominated “Fire in my mouth,” a large-scale work for orchestra and women’s chorus, centers on the 1911 Triangle Shirtwaist Factory fire in New York City. The work is the third in a series of compositions about the American worker: 2009’s “Steel Hammer” examines the folk hero John Henry, and the 2014 Pulitzer prize-winning “Anthracite Fields” is a concert-length oratorio for chorus and instruments that draws on oral histories, interviews and speeches to honor people who persevered and endured in the Pennsylvania anthracite coal region.

A new large-scale work, “Her Story,” a composition for orchestra and women’s vocal ensemble celebrating the centennial of the 19th Amendment, which gave women the right to vote, will receive multiple performances in the 2022-23 season with a consortium of five orchestras.

“Julia Wolfe brings a deeply humane vision to the art of musical composition,” Eisgruber said. “By drawing upon multiple sources in her work, including the lives of history’s unsung heroes, she is forging thrilling new musical paths and inspiring the next generation of composers.”

Wolfe is a 2016 MacArthur Fellow, was a recipient of a 2015 Herb Alpert Award in Music and was named Musical America’s 2019 Composer of the Year. She is co-founder of New York’s influential music collective Bang on a Can and a professor of music at New York University. Her work “Dark Full Ride” was performed at Princeton in September, and she gave a talk at Princeton’s Department of Music in 2019.