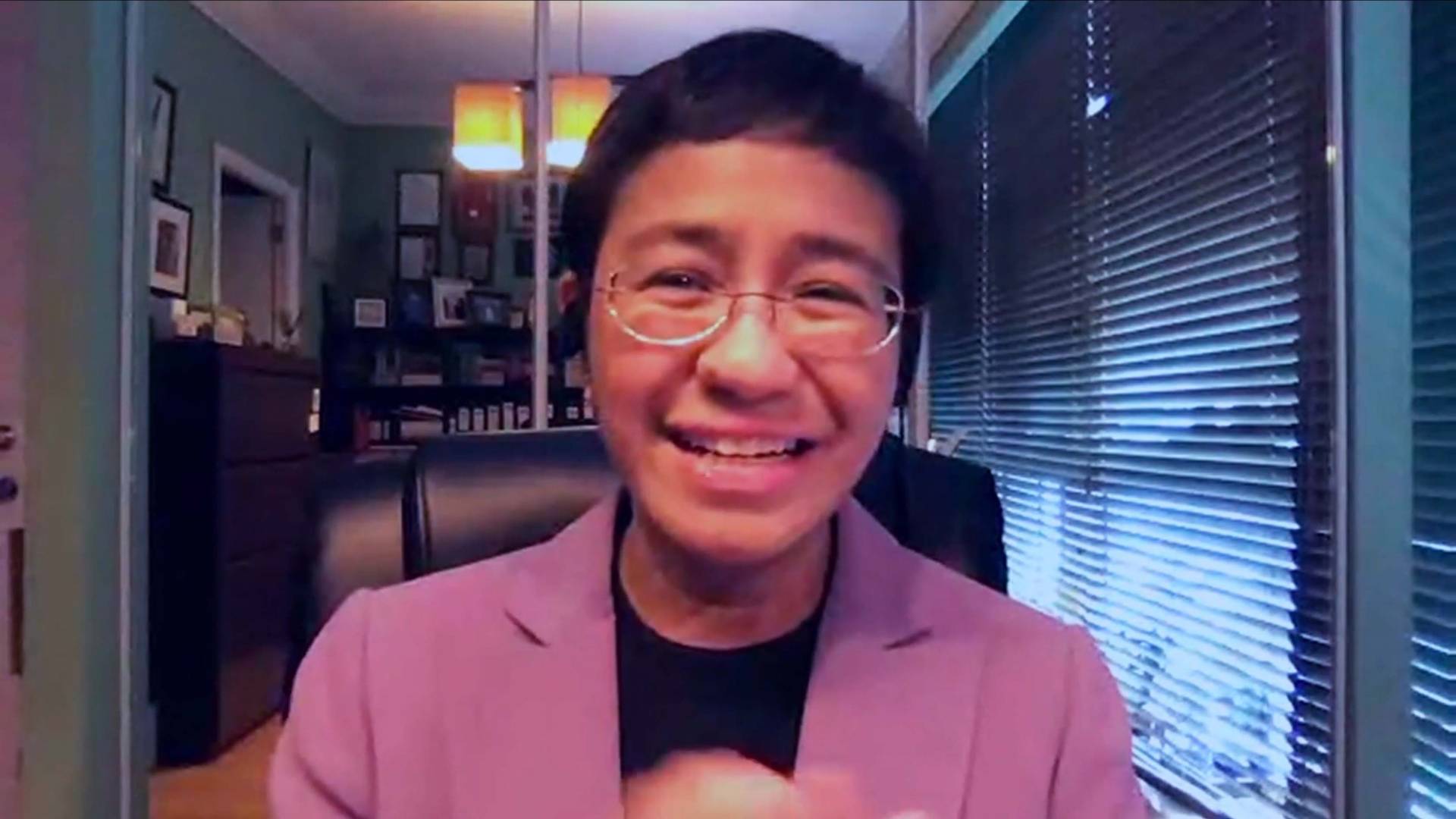 Watch the video. Also listen to Ressa's "She Roars" podcast about the weaponization of social media from last June.

Thank you for inviting me to speak to you at this historic moment.

I was looking forward to coming back to the University Chapel. It reminded me of TS Eliot’s Tradition & the Individual Talent - that the latest novel you read is affected by Shakespeare, and your understanding of Shakespeare is changed by the latest novel you read. It would’ve been a chance to look at Princeton through these lenses. It’s disappointing not to be on campus … but I’m so proud to be speaking to the graduating class of 2020.

This is a time when creative destruction takes new meaning. You are standing at the rubble of the world my generation created. The upside? your class will be among the first to have a freer hand to imagine and create the world as it should be - more compassionate, more equal, more sustainable.

Our editorial agenda at Rappler, the news group I helped create, focuses on our global battles: for climate; for truth; and, of course, against this virus.

Technology enabled Rappler’s fast growth starting in 2012, but we were also among the first victims when social media was weaponized in 2016.

For the last 4 years, Rappler and I have been under constant attack by our own government. The weaponization of the law followed the exponential attacks on social media, which acted like fertilizer, tearing down our reputation, inciting to hate, and paving the way for my detention and arrests (that’s with an s). I’ve posted bail 8 times so I could keep working, and  Rappler and I have paid more in bail and bonds than Imelda Marcos, who’s been convicted in at least 4 countries.

My lawyer, Amal Clooney, says the cumulative penalty for all these politically-motivated charges is more than 100 years in prison.

The lesson I learned? You don’t know who you are until you’re tested, until you fight for what you believe in. That defines who you are.

So as you go out into our troubled world, at an extremely challenging time to find a job, figure out who you are. When Tech has atomized meaning, what’s important to you? What gives your life meaning?

I remember my graduation in 1986: I had no answers to those questions. So here are three ways you can live your way into the answers:

A Princeton education sets you up for life: you have learned how to learn, and at a time when technology has changed everything, you will constantly have to learn.

When I graduated, I had a choice between a high-paying corporate job or a fellowship that would defer my 10 year payments for student loans for a year. My mentor told me: make the choice to learn. All through my life, when faced with a difficult decision, I always ask myself - where can I learn more. Make the choice to learn.

The second lesson I learned as an immigrant moving to a public school in New Jersey. I was 10 years old, and I couldn’t speak English very well. I’m a really shy person, and I hid the first year or so until I realized that we are our own worst enemies. That our fears prevent us from being our best selves. So I made a list of what I was most afraid of, and mentally began to confront and beat them.

Embrace your fear. Imagine what you’re most afraid of, touch it and hold it so that you rob it of its power.

I admit that it took me more than a month to defang the fear of jail. I hated that the baton was passed to me at this moment in time, but I also knew I wasn’t going to drop it.

That’s where courage comes from.

Finally, beware the mob. This is the worst of human nature, and social media mobs have become the norm. Know that lies laced with anger and hate spread fastest on social media, forming lynch mobs. Switch out of thinking fast to thinking slow. Slow down and think.

Know that no matter how much of a superstar you are, you cannot accomplish anything meaningful alone.

Build and strengthen your community. Rappler builds communities of action. I just hope it’s enough to protect our democracy.

So make the choice to learn, embrace your fear, and build your community.

Close your eyes. Imagine the world as it should be.

Now go and make it happen.

Congratulations, Princeton Class of 2020! We’re in your hands.