Chemistry Nobel Laureate David MacMillan is doing something novel with his Nobel Prize money — he’s giving it away to Scottish school kids.

In honor of his parents, MacMillan has founded The May and Billy MacMillan Foundation to fund programs that provide educational opportunities for financially disadvantaged students in Scotland.

MacMillan, co-recipient of the 2021 Nobel Prize in Chemistry, will give the foundation his share of the prize money — the equivalent of about $500,000 — as well as proceeds from all talks and appearances throughout the next year.

The James S. McDonnell Distinguished University Professor of Chemistry, MacMillan won the Nobel for his pioneering work in asymmetric organocatalysis, a process that uses small organic molecules to catalyze, or drive, chemical reactions for use in constructing new drug therapies and other materials. He shares the prize with German chemist Benjamin List.

“For me, it’s all about trying to make sure everyone has the same types of opportunities for education,” said MacMillan. “If I look back over my life, I have been so fortunate to have so many chances to learn from some of the best teachers in the world. Without all of that great fortune, I wouldn’t be here. And to be honest, you realize the chances of anyone being as fortunate as I have are probably the equivalent of winning the lottery.

“For all the young people who haven’t had that luck of the draw, what can we do for them? There’s got to be a mechanism through which we can bolster their opportunities. At the same time, I want to give something back to my homeland. Scotland made me who I am today, and I am intensely proud and grateful to be a part of that nation.

“Those, to me, are the main reasons we wanted to create this foundation.”

Each year MacMillan and his wife, Jiin Kim MacMillan, will select a program in Scotland for a one-time grant from the foundation. The University of Glasgow, MacMillan’s undergraduate alma mater, will receive the inaugural grant in support of one of their outreach programs for underprivileged students.

Since he received the Nobel Prize last October, MacMillan has spoken warmly about the quality of education he got in his hometown of Bellshill, Scotland, and the enduring encouragement of his parents, William and Mary MacMillan. He and his older brother, Iain, were among the few students in his hometown who went to college. His sister, Lorraine, deferred her degree until recently.

MacMillan is hoping to change that by funding programs that fuel an awareness of the importance of education and curiosity for the sciences among school-age students. 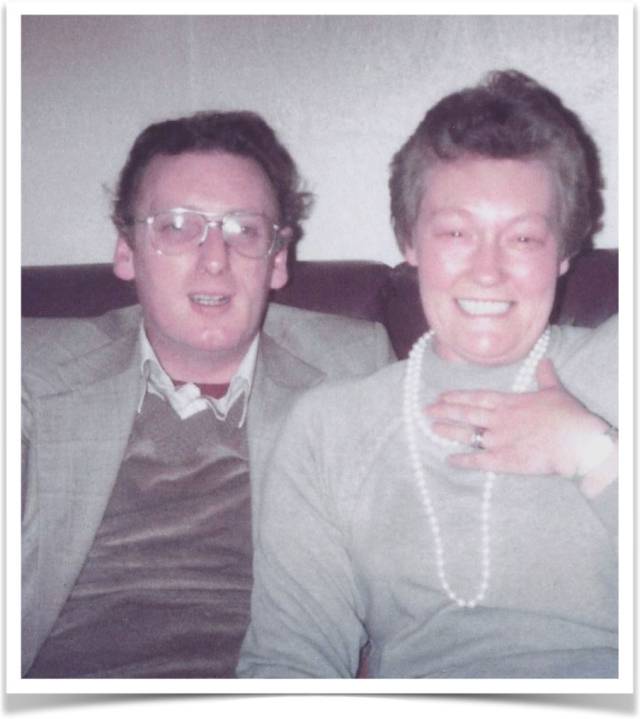 MacMillan named the foundation for his parents, William “Billy” and Mary “May” MacMillan.

He named the foundation for his parents, both of whom have passed, in gratitude for their support. His mother, “May,” assisted elderly village residents with their cleaning, cooking, and household chores. His father, “Billy,” was a foreman in a steel works in North Lanarkshire, Scotland who left school at the age of 14.

“My parents cared enormously about giving us opportunities. They cared about education. They’d give you the shirts off their backs to allow you to better yourself,” said MacMillan. “So this seemed like a great way to honor what they did for me and my siblings. I also want others to understand that they had a bigger impact than just kicking me out the door and saying, ‘Get to uni.’”

MacMillan’s sister, Lorraine Logan, who works at Hamilton College in South Lanarkshire, Scotland, emailed her support for the new endeavor: “We are absolutely delighted that this foundation in honour of mum and dad will be used to support learners who want to gain access to university. It is a privilege to help young people in this way.”

MacMillan is also discussing plans with educational institutions in Scotland to expand the foundation’s efforts.