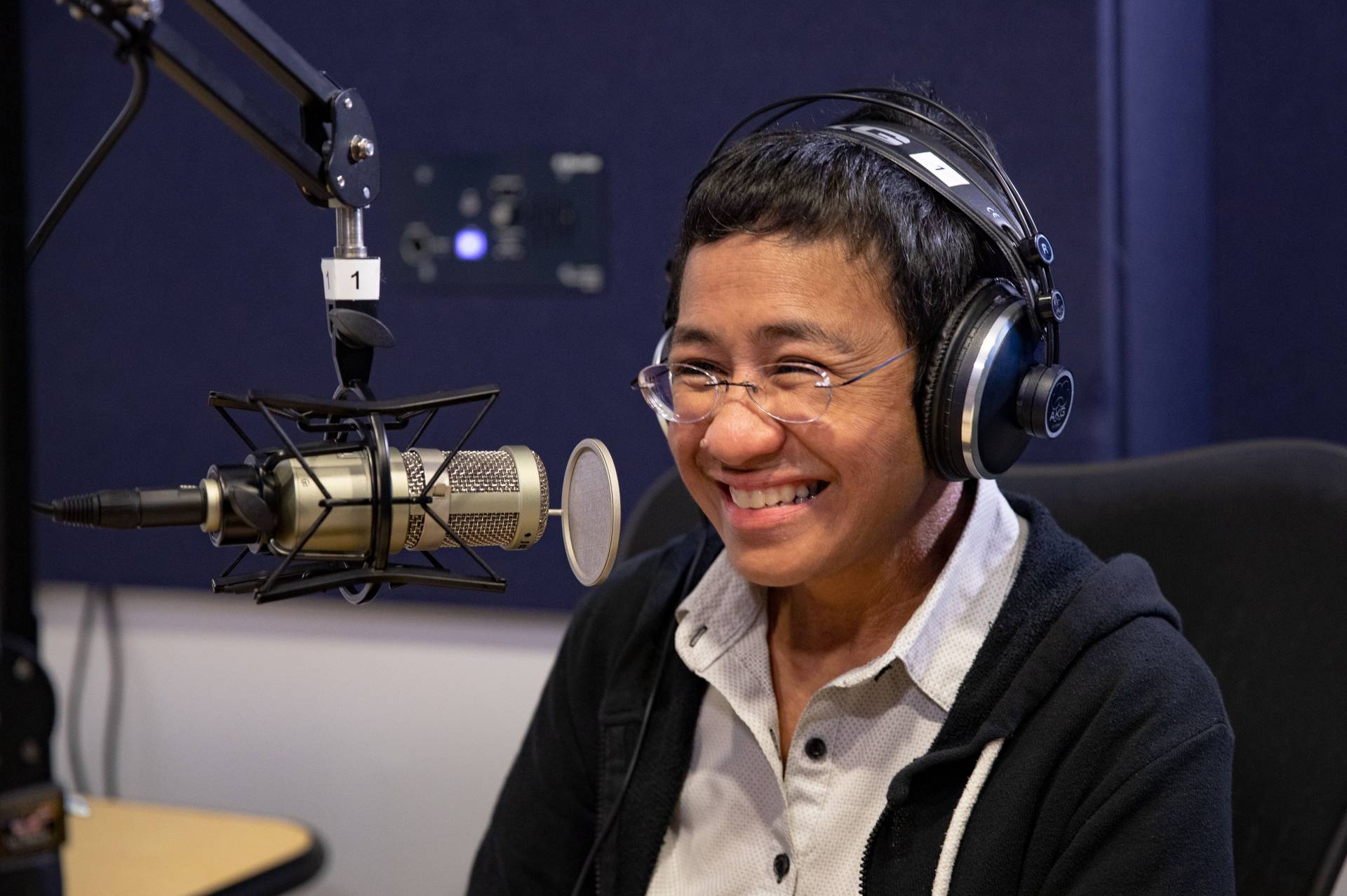 Online journalist Maria Ressa, Class of 1986, knows the best and the worst of social media.  It helped drive the Philippines-based news site she co-founded, called Rappler, to 300% growth rates in its early years. Today, she warns that the weaponization of social media threatens the very existence of Rappler, free speech, her own freedom and the future of democracy itself — not just in the Philippines but worldwide.

Fake social media accounts, astroturfing and “patriotic trolling” are amplifying disinformation to the point it becomes accepted as truth, says Ressa.  “Whether it's the Philippines or the United States, these information operations are pounding fracture lines of society and, essentially, they're using free speech to stifle free speech.”

Ressa became aware of the problem while Rappler covered “the war on drugs” being waged by Filipino president Rodrigo Duterte. Rappler journalists began reporting on thousands of extra-judicial killings and publishing stories about the use of fake social media accounts to manipulate public opinion. “The weekend after we did that, as soon as we published the series, we got hammered,” says Ressa. Rappler was inundated with 90 hate messages an hour. Before long, Rappler itself was accused of peddling “fake news.”

Today, Ressa and Rappler are facing legal threats, as well.  The Philippine government has filed 11 cases against the news organization and Ressa has been arrested twice. She is currently free on bail but Ressa says that’s largely due to attention by the international media.

“The only defense journalists have is to shine the light,” she says. “And part of what's keeping us safe is because of the coverage that international news groups are giving what's happening in the Philippines, both the drug war, the information war and the attacks against Rappler.”