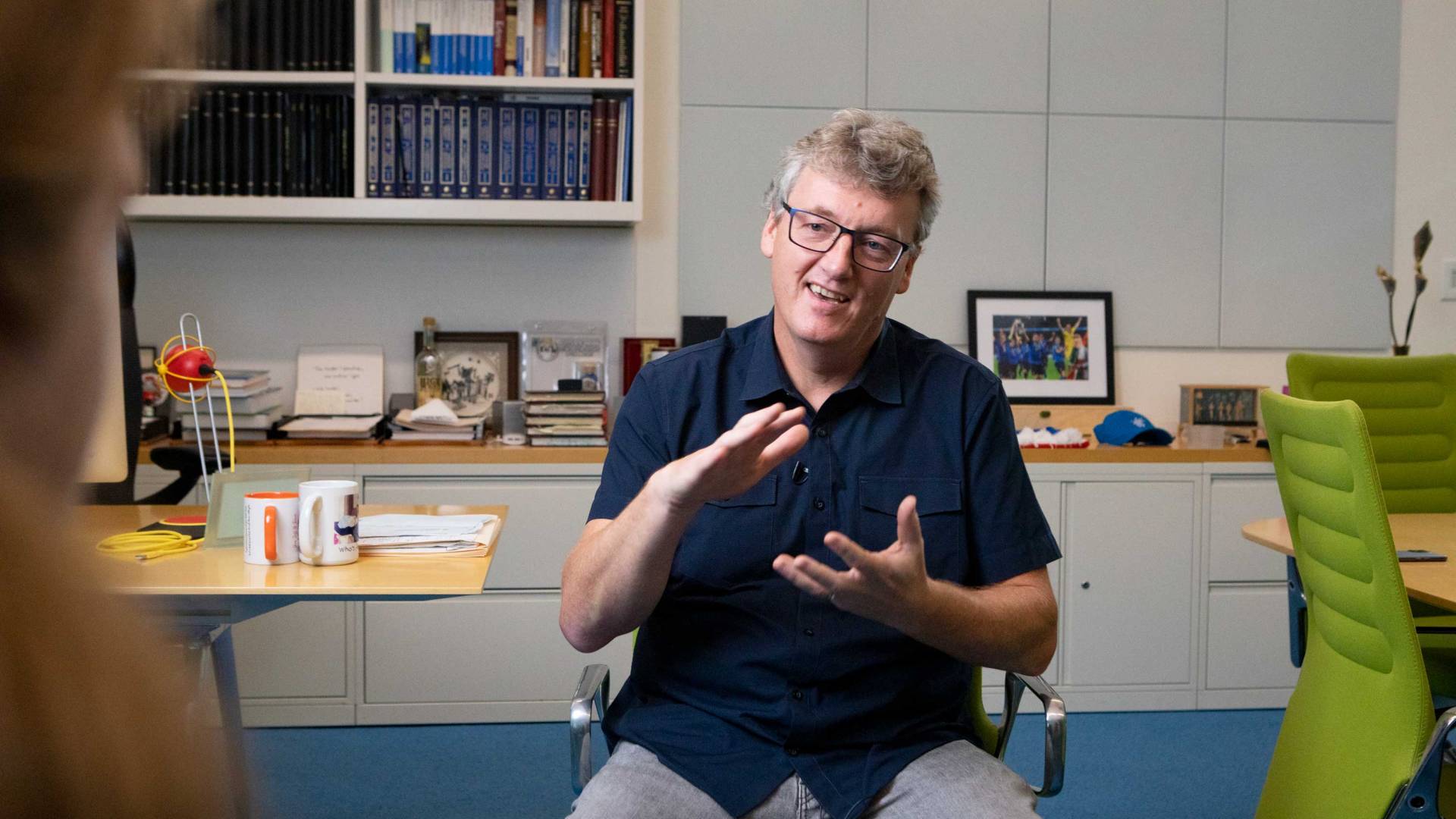 Princeton University professor David W.C. MacMillan has been awarded the 2021 Nobel Prize in chemistry “for the development of asymmetric organocatalysis.”

"David MacMillan is a brilliant chemist whose transformative insights and accomplishments have enhanced the power of organic chemistry to benefit human health and address other practical problems,” said University President Christopher L. Eisgruber. “He is also a faculty leader who during his time at Princeton has worked with colleagues to build this University's Department of Chemistry into one of the world's best. All of us at Princeton are thrilled to celebrate this well-deserved honor."

MacMillan, the James S. McDonnell Distinguished University Professor of Chemistry, is the department's first faculty member to be awarded a Nobel Prize. He shares the award with Benjamin List of the Max-Planck-Institut für Kohlenforschung, Mülheim an der Ruhr, Germany.

"Building molecules is a difficult art. Benjamin List and David MacMillan are awarded the Nobel Prize in chemistry 2021 for their development of a precise new tool for molecular construction: organocatalysis. This has had a great impact on pharmaceutical research, and has made chemistry greener," the Royal Swedish Academy of Sciences noted in announcing the award today. The prize amount is 10 million Swedish kroner, or about $1.14 million, split between the two laureates.

MacMillan is an innovator, pursuing radically new concepts in catalysis. Today the Royal Swedish Academy of Sciences highlighted his work in organocatalysis, finding revolutionary ways to design and build small organic molecules in order to drive chemical reactions. He is also a leader in the field of photoredox catalysis, which uses light — ordinary, visible light — to break and rejoin atomic bonds, one electron at a time.

“Dave is the most innovative, progressive and impactful investigator currently working in the area of synthetic organic chemistry,” said Greg Scholes, chair of the Department of Chemistry and the William S. Tod Professor of Chemistry. “Over the past 18 years, he has created two large and active fields of research: asymmetric organocatalysis and photoredox catalysis. His accomplishments over this period of time are unrivaled, and we are beyond thrilled.”

“I am shocked and stunned and overjoyed,” MacMillan said. “It was funny because I got some texts from people in Sweden really early this morning, and I thought they were pranking me so I went back to sleep. Then my phone starting going crazy.”

MacMillan joins a number of other Princeton faculty and alumni who have been awarded Nobel Prizes, including Syukuro Manabe, who won the Nobel in physics yesterday.

Organocatalysts, made from organic, carbon-based molecules, are greener than traditional metal catalysts, which tend to be rare and expensive, and are often toxic enough to require safety gear to use. With organocatalysis, these biodegradable and benign molecules are used to construct new drugs and materials. The impact is immeasurable, reaching from industrial applications to pharmaceuticals to everyday products like clothing, shampoo, carpet fibers and more.

“What we care about is trying to invent chemistry that has an impact on society and can do some good, and I am thrilled to have a part in that,” MacMillan said. “Organocatalysis was a pretty simple idea that really sparked a lot of different research, and the part we’re just so proud of is that you don’t have to have huge amounts of equipment and huge amounts of money to do fine things in chemistry.”

He came to Princeton in 2006 and was appointed as director of the University's Merck Center for Catalysis. He has been the James S. McDonnell Distinguished University Professor of Chemistry since 2011 and served as chair of the chemistry department from 2010 to 2015, when he passed leadership off to Tom Muir, a fellow Scotsman.

“This award is so well-deserved," said Muir, the Van Zandt Williams Jr. Class of 1965 Professor of Chemistry, after learning of MacMillan's Nobel Prize. "I think many of us knew this was a real possibility, but it’s so wonderful to see this happen for Dave and for the department. And for Scottish chemistry. It’s a fantastic day.”

“Every year this comes up and in his group we think maybe this year, maybe this year,” said Marissa Lavagnino, a fifth-year graduate student in the MacMillan Lab. “It was amazing to wake up to Dave’s email this morning, which said, 'Despite recent events, we will still have sub-group this morning.'"

Michele Sarazen, assistant professor of chemical and biological engineering, said that beyond MacMillan’s own research, his role in spearheading the creation of the Princeton Catalysis Initiative has advanced the research of many people and accelerated the positive impacts of that research. Through the initiative, MacMillan helps “create bridges and connect people who might not normally have worked together to do really cool and important science and engineering,” Sarazen said. “That’s not just people on campus. It’s also bridging academic labs with industrial partners.” 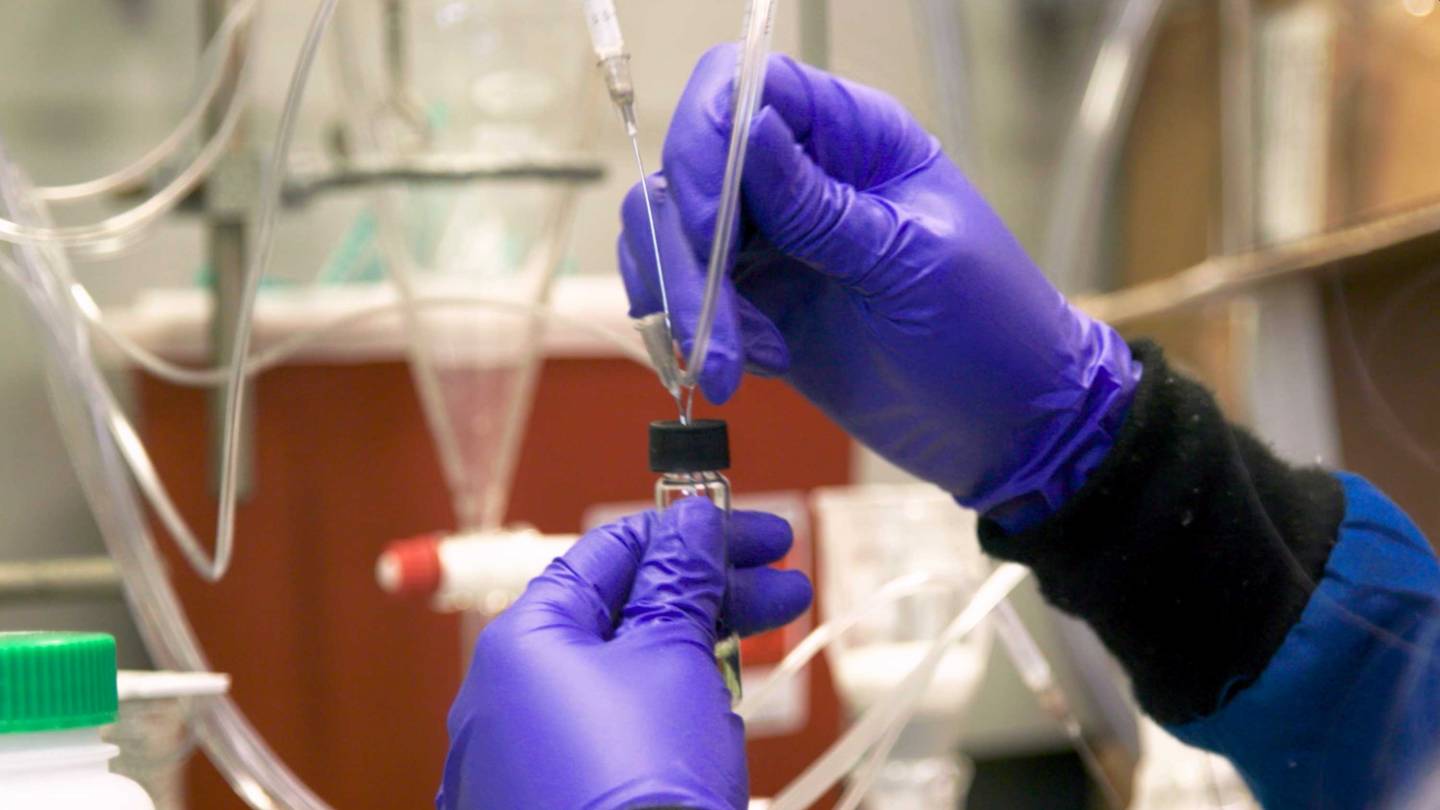 MacMillan plays a leading role in the Princeton Catalysis Initiative, in which scientists, engineers and scholars are fostering interdisciplinary collaborations that accelerate the discovery of new synergies and new research areas with worldwide impact.

“David MacMillan’s life’s work exemplifies the commitment at Princeton to innovation in the full sense of the word, from setting out to explore new and uncharted areas of chemistry to ensuring that the resulting discoveries improve people’s everyday lives,” said Vice Dean for Innovation Rodney D. Priestley, the Pomeroy and Betty Perry Smith Professor of Chemical and Biological Engineering. “MacMillan is a true entrepreneurial scholar, innovating both in the lab and through the creation of ventures and collaborations with industry to translate complex research findings into tangible benefits to society.”

MacMillan is the recipient of numerous awards including: the 2019 Centenary Prize from the Royal Society of Chemistry; the 2018 Gabor A. Somorjal Award for Creative Research in Catalysis from the American Chemical Society (ACS); the 2017 Ryoji Noyori Prize; the Harrison Howe Award and the Ernst Schering Prize, both in 2015; the 2011 Mitsui Chemicals Catalysis Award; the 2007 ISHC Katritzky Junior Award from the International Society for Heterocyclic Chemistry, the ACS’ Arthur C. Cope Scholar Award and the Society of Synthetic Organic Chemistry’s Mukaiyama Award, both in 2006; and the 2004 Corday-Morgan medal of the Royal Institute of Chemistry, among others.

“The work Dave got the Nobel Prize for was underway at that time Princeton was recruiting him, so it was already spectacular stuff,” said Martin Semmelhack, professor of chemistry, who was largely responsible for bringing MacMillan to Princeton. “We also recognized that his work was done in a very thoughtful, analytic, creative way — and that’s what leads you to bigger and better things. It was easy to want to bring him here. It’s been fun to watch him evolve.”

“The techniques he’s developed are now being used to probe biological processes in new ways, selective ways," Semmelhack said. "But it also has a much more general role in the environment. It’s not so much that you can make molecules that you couldn’t make before, but that you can make them more selectively and more environmentally benign."

Members of the media: If you have a request about the laureate, please send an email to mediarelations@princeton.edu with the words “Nobel Prize” in the subject line. A news conference is planned for 2 p.m. today in Richardson Auditorium and will be livestreamed on Facebook, YouTube and Media Central Live. Check the University homepage for updates throughout the day. Images of MacMillan and a C.V. are available for use by media.