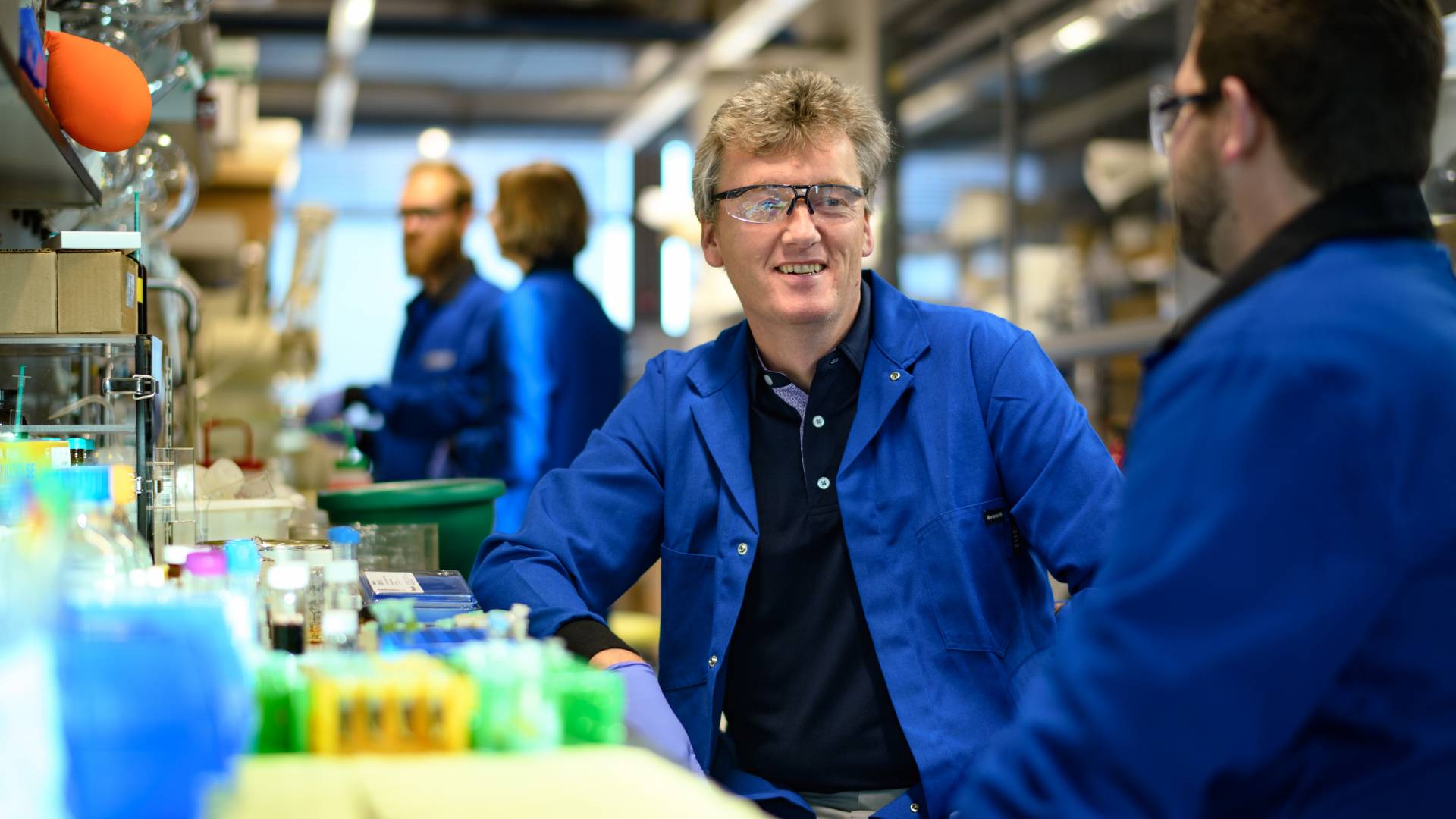 David MacMillan is one of three winners of the prestigious Centenary Prize from the Royal Society of Chemistry “for groundbreaking contributions to catalysis in advancing synthetic organic chemistry.”

MacMillan, Princeton’s James S. McDonnell Distinguished University Professor of Chemistry, won the award for developing new catalysis platforms with “societal impact,” said Robert Parker, chief executive of the RSC. “The professor and his team have been involved in the development of two new areas of work, organocatalysis and photoredox catalysis.”

The Centenary Prizes are awarded to outstanding chemists who are also exceptional communicators, and the winners give a lecture series in the United Kingdom.

“I was very surprised and genuinely thrilled when I found out this news,” said MacMillan. “I feel pretty humbled to be associated with the names of the previous winners that stretch back over many decades.”

Founded in 1841, the RSC awards more than 80 prizes each year in recognition of originality and impact of research or for contribution to the chemical sciences industry or education. Previous winners of RSC awards include 50 Nobel laureates. The Centenary Prize was first issued in 1947 and is awarded to up to three winners each year. In addition to the lecture tour, recipients receive £5,000 (about $6,500) and a medal.