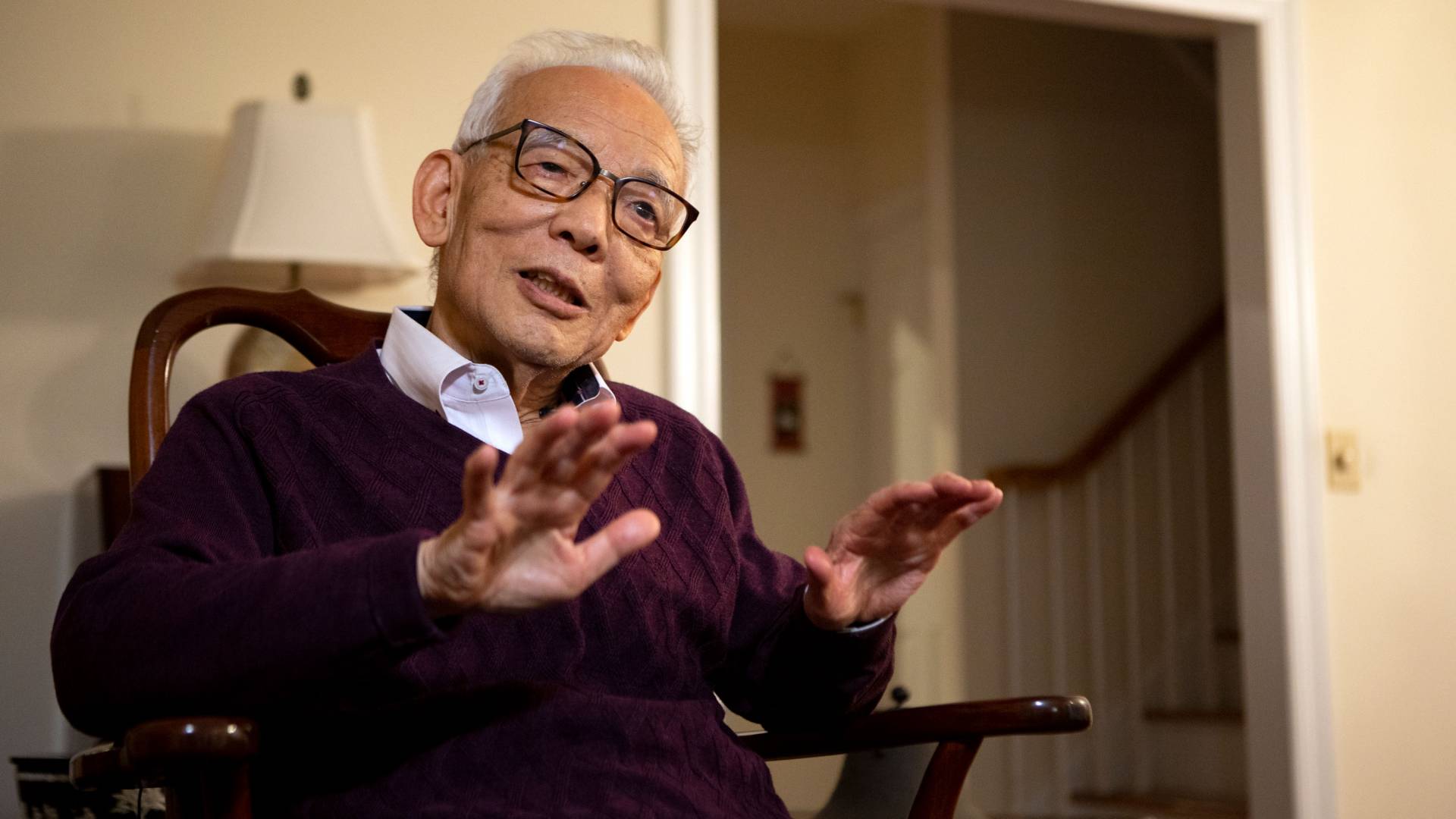 "Syukuro Manabe demonstrated how increased levels of carbon dioxide in the atmosphere lead to increased temperatures at the surface of the Earth," the Royal Swedish Academy of Sciences noted in announcing the award today. "In the 1960s, he led the development of physical models of the Earth’s climate and was the first person to explore the interaction between radiation balance and the vertical transport of air masses. His work laid the foundation for the development of current climate models."

Manabe is a senior meteorologist in the Program in Atmospheric and Oceanic Sciences. He shares the Nobel Prize for the physical modeling of the climate with Klaus Hasselmann of the Max Planck Institute for Meteorology, Hamburg, Germany. The other half of this year's physics prize was awarded to Giorgio Parisi of the Sapienza University of Rome, Italy, "for the discovery of the interplay of disorder and fluctuations in physical systems from atomic to planetary scales.” The prize amount is 10 million Swedish kroner, or about $1.14 million.

“When I got the phone call this morning, I was so surprised,” Manabe said. “Usually, the Nobel Prize in physics is awarded to physicists making a fundamental contribution in physics. Yes, my work is based on physics, but it’s applied physics. Geophysics. This is the first time the Nobel Prize has been awarded for the kind of work I have done: the study of climate change.”

"The idea that you can take something so complex as the climate system and code the equations that govern it and put them in a computer and use that to simulate the climate system started with him," said Vecchi, who is also deputy director of Princeton's Cooperative Institute for Modeling the Earth System. "He not only illustrated some of the potential consequences of global warming, but gave us a roadmap of how to do climate science."

“Suki is the producer of the first modern climate model,” said Michael Oppenheimer, the Albert G. Milbank Professor of Geosciences and International Affairs and the High Meadows Environmental Institute. Oppenheimer, Manabe and other Princeton colleagues were recognized by the Nobel Committee in 2007 when the Nobel Peace Prize was awarded to Al Gore and the Intergovernmental Panel on Climate Change (IPCC).

“Without the science of climate modeling that Suki initiated, we might still know that Earth’s greenhouse effect was increasing due to human activity and that Earth was warming," Oppenheimer said. "But linking those two facts would be more difficult, and projection of the future at any useful level of detail would be impossible.”

Oppenheimer met Manabe when they were among the witnesses at the famous 1988 Senate hearing that was the first big public splash for the climate change issue. “Suki is that rare combination: both a brilliant and modest person,” Oppenheimer said.

Elke Weber, the Gerhard R. Andlinger Professor in Energy and the Environment, and professor of psychology and the School of Public and International Affairs, said Manabe’s "pioneering models and simulations skillfully predicted the changes in temperature, precipitation and associated extreme weather events that we now see unfolding with our own eyes. There is tremendous value in complex systems predictions to allow for planning that will avoid that our worst forecasts come to pass."

Manabe was one of the founding scientists of the Geophysical Fluid Dynamics Laboratory (GFDL), a national climate research laboratory that is a joint endeavor by Princeton University and the National Oceanic and Atmospheric Administration (NOAA).

"Suki has not just done pioneering work in terms of research, but he’s set the tone for the entire field," said GFDL Director Venkatachalam (Ram) Ramaswamy. “The Nobel Prize is the pinnacle of all awards and honors. Climate science is now sitting in a place where it is duly recognized. This is a very big day for the field."

"People at GFDL are just gushing with pride and honor," Ramaswamy said. "I joined GFDL in 1985 and like many people there, I was in awe of him. He seemed to radiate ideas and intensity. He worked with and mentored a lot of people at GFDL, including me.”

Manabe was born in 1931, in Ehime-Ken, Japan and earned his B.S. in 1953 and his Ph.D. in 1958, both from University of Tokyo. He moved from Japan to join NOAA’s predecessor organization, the National Weather Service, in 1958, to use physics to model weather systems. In 1963, he came from Washington, D.C., to Princeton to help lead GFDL, and in 1968 he became a member of Princeton University’s faculty as a lecturer with the rank of professor in the Department of Aerospace and Mechanical Sciences (today known as Mechanical and Aerospace Engineering).

He joins a number of other Princeton faculty and alumni who have been awarded Nobel Prizes.

Manabe's work on climate change modeling was the basis for a yearlong installation that was erected in the Paris subway for the 2015 United Nations Climate Change Conference. “I was so honored to see this display,” he said at the time, when he learned about the installation from colleagues attending the conference. "I did these experiments out of pure scientific curiosity. I never realized that it would become a problem of such wide-ranging concern for all of human society.”

He is the co-author with Anthony J. Broccoli of “Beyond Global Warming” (Princeton University Press, 2020).

His awards and honors are numerous and prestigious. In 2018, he went to Sweden to accept the Crafoord Prize in Geosciences from H.M. King Carl XVI Gustaf. He was also awarded the 1993 Roger Revelle Medal from the American Geophysical Union, the 1992 inaugural Asahi Glass Foundation Blue Planet Prize and the 2015 Benjamin Franklin Medal in Earth and Environmental Science from Philadelphia’s Franklin Institute, among many others.

Isaac Held, senior meteorologist in the Program in Atmospheric and Oceanic Sciences, first worked with Manabe as a Ph.D. student at Princeton. "He’s a humble guy, and he’s funny, and he’s excited about his research. I am impressed by his intuitive feel for the climate system," Held said. "That’s what always stood out to me right from the beginning."

"He seemed to have a better understanding of how things fit together and what was important and what wasn’t important, and especially for those things that are relevant for climate change and the response to increasing greenhouse gases," Held added. "He was way ahead of the curve. All of his ideas really — just about all of them — have turned out to be correct and foundational to the subject."

“Dr. Manabe is a brilliant man," said Laure Resplandy, assistant professor of geosciences and the High Meadows Environmental Institute. “He laid the foundations for climate science and modeling. What is amazing to me is that Suki always showed such curiosity and genuine interest in the research of young climate scientists. I am also thrilled that this prize recognizes how important climate science is for society.”

Members of the media: If you have a request about the Nobel Prize winner, please send an email to mediarelations@princeton.edu with the words “Nobel Prize” in the subject line. Images of Manabe and a C.V. are available for use by media. Today's news conference from Richardson Auditorium is available on Facebook, YouTube and Media Central Live.

This story will be updated throughout the day.