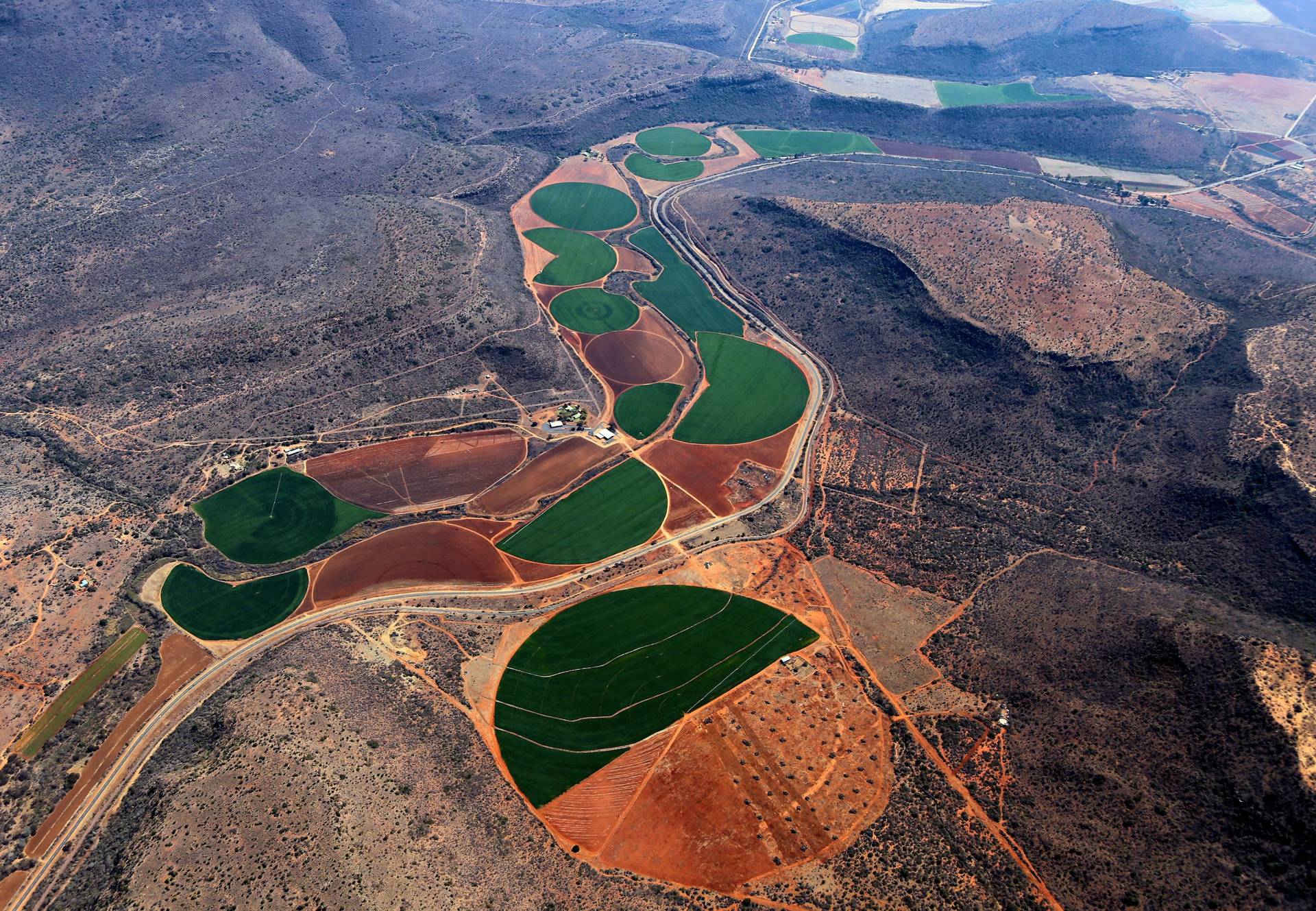 New research suggests that the amount of farmland that will need to be irrigated to feed the global population by 2050 could be up to several billion acres, far higher than scientists currently project. The result would be a far greater strain on aquifers, an increased expansion of agriculture into natural ecosystems, and an amplification of climate change through the production and operation of irrigation machinery. Existing irrigation models underestimate population growth and future demand for land and water, the researchers found. These models suggest that the amount of agricultural land requiring irrigation could extend between 240 million and 450 million hectares (590 million to 1.1 billion acres) during the next 30 years. The new study reports that the amount of irrigated land could in fact increase to as high as 1.8 billion hectares (4.4 billion acres).

Photo by Wynand Uys on Unsplash

The amount of farmland around the world that will need to be irrigated in order to feed an estimated global population of 9 billion people by 2050 could be up to several billion acres, far higher than scientists currently project, according to new research. The result would be a far greater strain on aquifers, as well as the likely expansion of agriculture into natural ecosystems as farmers search for water.

Existing irrigation models — which are widely used to define policies on water and food security, environmental sustainability, and climate change — suggest that the amount of agricultural land requiring irrigation could extend between 240 million and 450 million hectares (590 million to 1.1 billion acres) during the next 30 years.

But those projections likely underestimate population growth and too confidently assume how much land and water will be available for agriculture without having to find new sources, according to researchers from Princeton University, the University of Reading in the United Kingdom, and the University of Bergen in Norway.

The amount of irrigated land could in fact increase to as high as 1.8 billion hectares (4.4 billion acres), the study authors reported in the journal Geophysical Research Letters, writing, “Policymakers should acknowledge that irrigated areas can grow much more than previously thought in order to avoid underestimating potential environmental costs.”

First author Arnald Puy, a postdoctoral researcher in ecology and evolutionary biology at Princeton, said that an expansion of irrigation of this magnitude would have dramatic effects on the environment and other sectors of society. Puy, who is affiliated with the Center for BioComplexity administered by the Princeton Environmental Institute (PEI), worked with co-authors Samuele Lo Piano of the University of Reading and Andrea Saltelli of the University of Bergen.

Irrigation is currently responsible for about 70% of freshwater withdrawals worldwide. About 90% of water taken for residential and industrial uses eventually returns to the aquifer, but only about one-half of the water used for irrigation is reusable. Evaporation, evapotranspiration from plants, and delivery losses such as from leaky pipes forever remove the rest from the water cycle.

“Much larger irrigated areas might mean extending agricultural land toward new ecosystems or non-cultivated areas with the consequent loss of biodiversity, which might also be larger than expected,” Puy said. “At the same time, needing more water for irrigation means less water for other sectors and therefore more stress on water resources than expected.”

There also could be a much higher amplification of climate change, which current climate models do not account for, Puy said. Previous research has shown that irrigation may influence climate by altering surface temperatures and the amount of water vapor in the atmosphere, both of which are critical components of climate modeling. These factors have an impact on cloud formation and the amount of solar radiation that is either contained within the atmosphere or reflected back into space.

The climate effects of irrigation also include greenhouse gases released through producing and operating irrigation machinery. The most common modern equipment consists of center-pivot systems consisting of wheeled tubes outfitted with spray guns or dripping faucet heads that rotate around a central water source.

Finally, irrigated agriculture also increases soil total nitrogen and carbon due to the addition of fertilizers and manure. Nitrate leaching can taint groundwater and ammonia can be volatilized from fertilizers, limiting the availability of potable water, Puy said.

By drawing attention to the underestimation of irrigated land by current models, Puy, Lo Piano and Saltelli hoped to increase the accuracy of all studies that rely on those estimates to project how the climate and environment could be affected by the very real challenge of feeding everyone on Earth — and how the state of the environment could shape the outcome of that effort.

The paper, “Current models underestimate future irrigated areas,” was published in the April 28 edition of Geophysical Research Letters. The work was supported by a Marie Skłodowska-Curie Global Fellowship (grant no. 792178) from the European Commission.