While efforts to restore the bay have been successful during the past several years, a study led by Princeton University researchers shows that weather patterns tied to climate change may nonetheless increase the severity of algal blooms by changing how soil nutrients leach into the watershed.

Extreme rainfall cycles caused by increased climate variability flush larger amounts of nitrogen-containing nutrients from fertilizer and other sources into the Susquehanna River, which carries them into the Chesapeake Bay, according to a report in the journal Geophysical Review Letters. Moreover, a spike in rainfall can increase nitrogen levels in the bay even if the amount of fertilizer used on land remains the same.

These chemicals feed explosive algae growth that can produce toxins that harm people, fish, wildlife and drinking water. Decaying algae also suck oxygen from the surrounding water, creating a low-oxygen state known as hypoxia that results in "dead zones" that suffocate fish and other species important to the aquatic food chain. 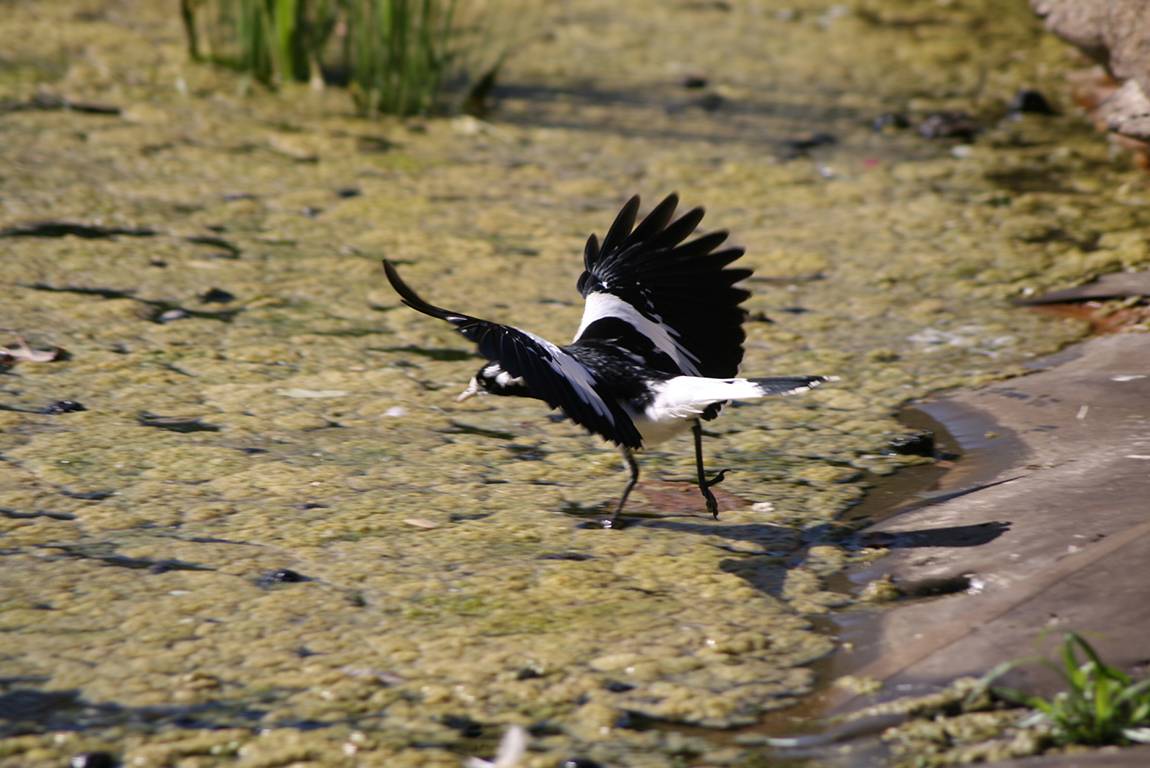 A study led by Princeton University researchers shows that weather patterns tied to climate change may increase the severity of algal blooms in Chesapeake Bay as extreme rainfall cycles flush larger amounts of nitrogen from fertilizer and other sources into the Susquehanna River. The researchers found that a spike in rainfall can increase nitrogen levels in the bay even if the amount of fertilizer used on land remains the same, leading to explosive algae growth that poisons humans and wildlife, and devastates fisheries.

The researchers constructed a model that they say provides the most complete picture to date of how nitrogen moves from place to place in the Chesapeake Bay watershed. It connects weather and pollution in places as far away as upstate New York to the water conditions in the bay.

First author Minjin Lee, a postdoctoral scholar in Princeton University's Program in Atmospheric and Oceanic Studies, decided to investigate how variations in rainfall — amplified by climate change — affected river nitrogen levels after she created simulations of nitrogen flow into the Chesapeake Bay watershed and looked for factors that affect nitrogen run-off.

"While running the model, I found that there was a lot of year-to-year variability in precipitation, which has implications for how much nitrogen was washed into the river," Lee said. "Even if farmers are using exactly the same amount of fertilizer each year, depending on the weather, more nitrogen can go into the river some years."

Lee developed the model during her graduate studies with Peter Jaffe, a Princeton professor of civil and environmental engineering. Lee and Jaffe worked with researchers at GFDL and the U.S. Geological Survey (USGS) to build their model from earlier models of water, geology and biochemistry called Earth Systems Models. These Earth Systems Models had been built over the years by dozens of researchers at GFDL, including Shevliakova and co-authors Sergey Malyshev, a professional specialist in Princeton's Department of Ecology and Evolutionary Biology, and Chris Milly, a research hydrologist at USGS and a research affiliate at GFDL.

These models combine physics and biochemistry to simulate how ecologically important chemicals flow through organisms, soil, water and the atmosphere. Some predict how chemicals like nitrogen and phosphorous from fertilizers will move between fertilizers, plants and the soil. Others project how those chemicals will flow through rivers — and be consumed and excreted by plants and animals along the way — until reaching the ocean.

The decision to look at precipitation variability stemmed from an understanding that rainfall is one of the largest factors that influence the amount of nitrogen fertilizer runoff, Jaffe said.

The researchers looked at the effect of wet and dry spells by mixing and matching weather data from the 20th century to emulate possible future climate extremes. They simulated nine climate scenarios based on historical periods of unusually dry or wet years: four dry spells with lengths of one to four years using data from the 1960s; four wet spells of the same length using data from the 1970s; and one year of normal precipitation in 1954. They followed each of the nine wet or dry scenarios with weather from each of the 61 years from 1948 to 2008, creating several hundred total experiments.

The researchers found that the amount of rainfall in the years preceding a given year can have as much effect on nitrogen runoff as the weather in that year itself. Although researchers have known that a particularly rainy season can leach more nitrogen out of the soil and lead to algal blooms, the role that unusually dry years play was not expected.

Lee's model showed that because nitrogen builds up in the soil during dry years, even an average year following a dry spell could lead to high enough runoff to cause algal blooms. Dry spells of one to three years increase the likelihood of enough nitrogen entering the bay to cause a large dead zone — a threshold of about 56,000 tons of nitrogen per year — by 40 to 65 percent.

The research is just one example of how climate change's effects run beyond an increase in temperature, said Amilcare Porporato, a Duke University professor of civil and environmental engineering who is familiar with the research but was not involved in the study.

"It shows how climate change often produces the most dramatic consequences when the alterations involve rainfall and the hydrologic cycle," he said. "Increasing temperatures are only the tip of the iceberg, so to speak."

"This highlights the need for different management strategies," Shevliakova said. Algal blooms can be prevented by decreases in fertilizer use, but using the same low amount of fertilizer every year could have subtle and varying impacts on algal blooms in coastal waters depending on the amount of precipitation during the past several years.

The study's authors envision adaptive watershed-management plans where models are combined with data from recent years' weather and predictions for the upcoming year to understand where and how much fertilizer can be applied in the watershed before it threatens algal blooms.

"It's a balance," Jaffe said. "If you tell the farmer to put in less nitrogen, maybe your crop yield goes down, but then the oyster yield goes up in the bay."

Such an environmental strategy would require understanding other sources of nitrogen — such as automobile pollution and sewage — and other nutrients, such as phosphorus, that contribute to algal blooms. Lee's model already accounts for all sources of nitrogen, and was developed in a manner that allows it to be expanded to a global-scale model that includes other chemicals and land-use patterns.