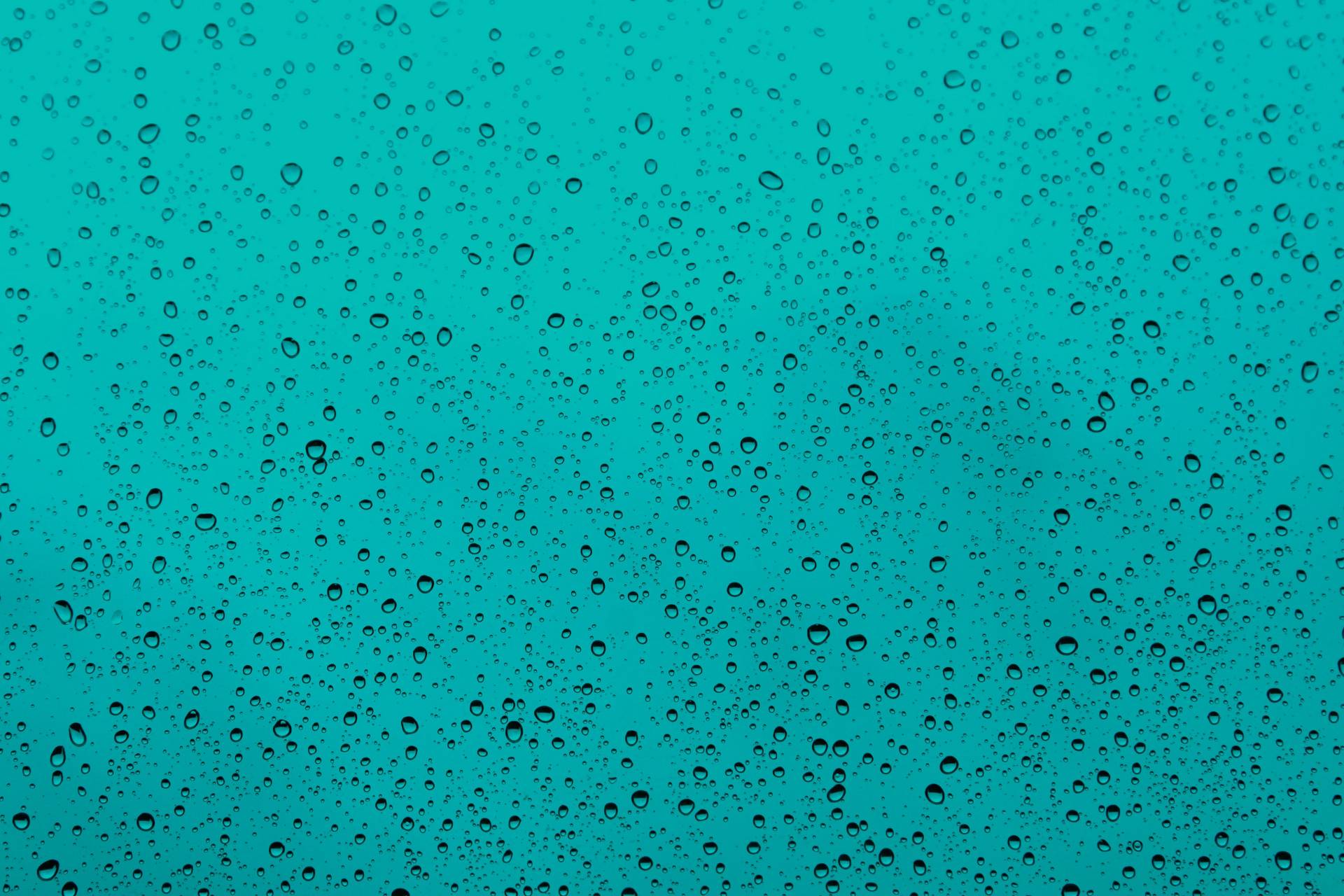 The ecological impacts of extreme weather, a national “climate park” in the New Jersey Meadowlands, and engineered nanoparticles that target groundwater pollutants are among the 13 projects funded by the Princeton Environmental Institute (PEI) as part of its Water and the Environment Grand Challenge program. Totaling $1.01 million, the newly awarded undertakings explore an array of topics in multiple disciplines, from wastewater emissions and the role of climate change in spreading plant diseases, to nitrogen-hungry bacteria and a plan to capture carbon dioxide while mitigating mining runoff. The projects run from 2019 to 2021.

Part of PEI’s Grand Challenges program, the Water and the Environment Challenge focuses on critical environmental issues associated with physical, chemical and biological aspects of oceans and freshwater systems. Results from these projects are not only published, but also form the basis of community outreach efforts. Each project includes an educational component — particularly in the form of Princeton courses and PEI internships — that perpetuate the knowledge needed for a sustainable future.

Descriptions of the most recently funded projects are below.

Lars Hedin, the George M. Moffett Professor of Biology and professor of ecology and evolutionary biology and the Princeton Environmental Institute, and Amilcare Porporato, the Thomas J. Wu ’94 Professor of Civil and Environmental Engineering and the Princeton Environmental Institute, will conduct the first in-depth study of how root traits and below-ground competition for water shape the structure and resilience of land ecosystems in a changing world. Their results could have a significant impact in understanding how climate change will influence the movement and stability of land ecosystems, as well as inform strategies for agriculture and conservation in a warmer world.

Tullis Onstott, professor of geosciences, will investigate if natural-gas pipelines designed to resist microbial corrosion also stimulate biogeochemical processes that release arsenic and other toxic metals into groundwater. The researchers will work in Hunterdon County, New Jersey, with the organization Raritan Headwaters to examine up to 100 private and community wells in the vicinity of major gas pipelines that use Impressed Current Cathodic Protection (ICCP) systems, which use an electrical current to slow corrosion. Undergraduate students working as PEI summer interns will spearhead the collecting and analysis of water and soil samples, as well as share their results directly with landowners and state agencies.

The Meadowlands: A National Climate Park

Mario Gandelsonas, the Class of 1913 Lecturer in Architecture and professor of architecture, will assess the New Jersey Meadowlands as the site of a national “climate park” that would provide a crucial natural barrier against rising sea levels and storm surges for the New York City area, as well as a critical refuge for local wildlife. The team will examine how to develop a recreational infrastructure for existing and future environmental conditions, as well as integrate the park into the urban landscape and develop mitigation strategies for industrial pollution in the Meadowlands to prevent the spread of toxins by sea-level rise. The researchers will involve surrounding communities in designing the park and identifying how it could provide employment. 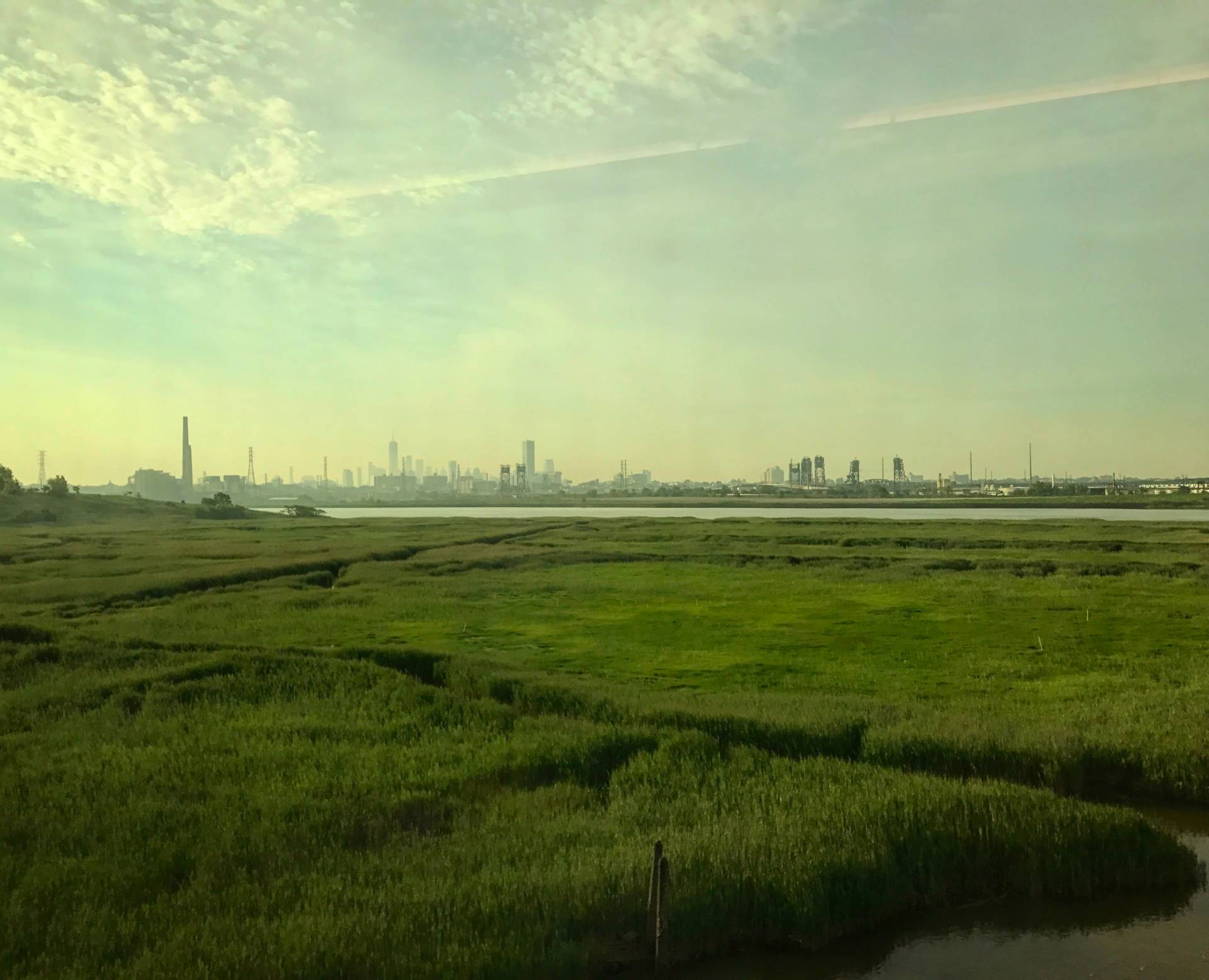 Robert Pringle, associate professor of ecology and evolutionary biology, will lead a study on the impacts of tropical cyclones on the functioning and stability of natural systems. The project will be based in Mozambique’s Gorongosa National Park, which experienced devastating flooding, crop damage and loss of life in 2019 from Cyclone Idai, one of the deadliest cyclones to hit the Southern Hemisphere. Pringle’s group will gauge how Idai affected animal movement and diet, the abundance and diversity of wildlife, the structure of the park’s plant community, and the interactions between park wildlife and the villages surrounding Gorongosa, particularly as a result of food shortages. 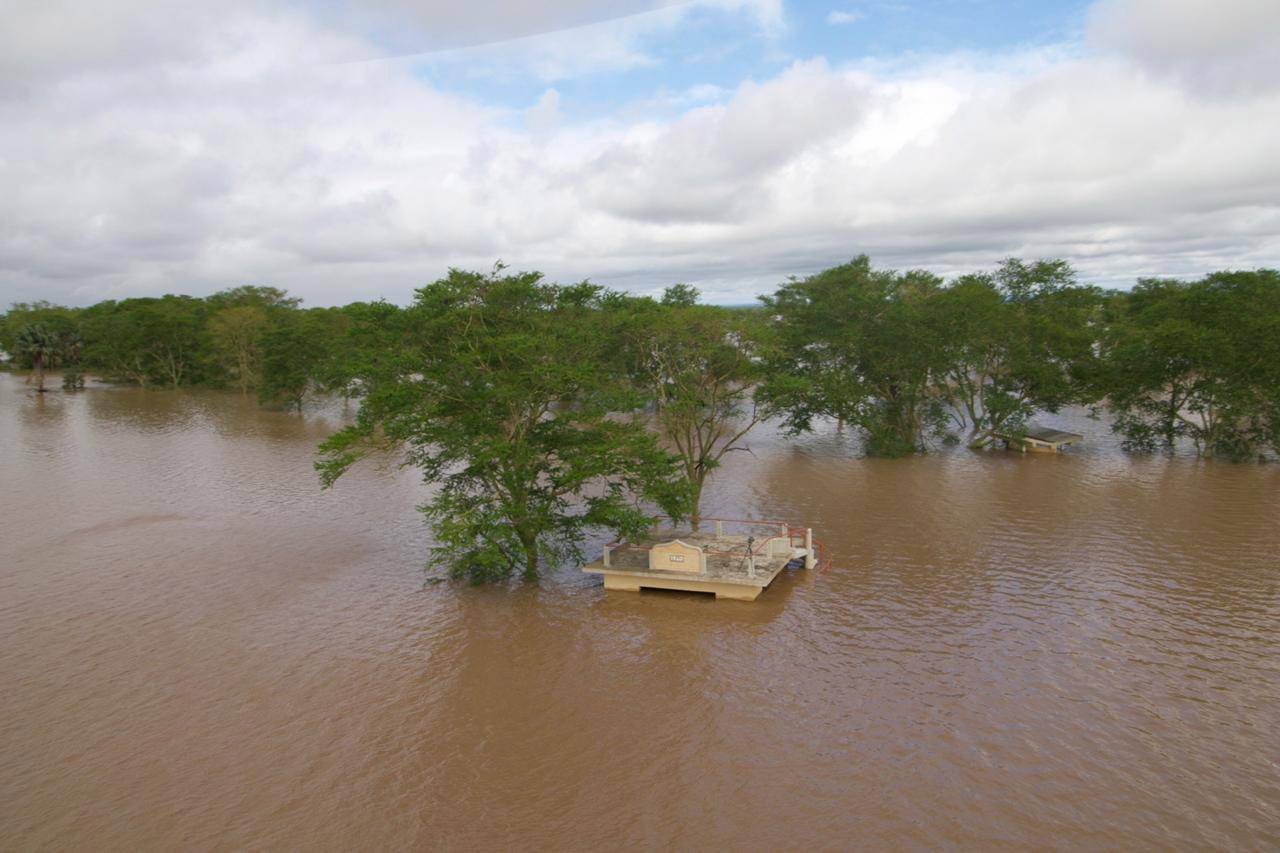 Mark Zondlo, associate professor of civil and environmental engineering, and Z. Jason Ren, professor of civil and environmental engineering and the Andlinger Center for Energy and the Environment, will conduct a pilot field study to measure emissions of methane and nitrous oxide — both potent greenhouse gases — from wastewater treatment plants. Wastewater treatment accounts for 5% of global non-carbon dioxide greenhouse gas emissions, but these emissions are difficult to gauge due to chemical cycling, weather exposure and the locations of treatment plants. If successful, the project will be expanded to monitor plants nationwide to shed light on the wastewater industry’s impact on the environment and explore potential mitigation strategies.

Beyond the Drought Paradigm: Does Hydrology Drive Pathogen Impact on Plant Health?

C. Jessica Metcalf, assistant professor of ecology and evolutionary biology and public affairs, and Ph.D. candidate Ian Miller will examine how the movement of water from land to air through plants drives the spread and evolution of plant pathogens that can decimate agricultural crops. The researchers aim to establish a starting point for developing models that can predict global patterns of pathogen risk in agricultural systems, as well as how the spread of plant pathogens could respond to climate change. The findings will be used to formulate sustainable disease-management programs informed by evidence-based ecological and evolutionary theory.

The Water-Mining-Climate Nexus in South Africa: A Global Solution for a Local Problem

Professors Catherine Peters in civil and environmental engineering and Satish Myneni in geosciences will lead a team working in South Africa to develop a dual-purpose tool for mitigating atmospheric carbon dioxide while treating water polluted with mine runoff. South Africa is facing imminent climate extremes and water shortages, yet, many of the country’s freshwater resources are polluted with the toxic byproducts of mining for gold, platinum and other resources. Peters and Myneni will build off of a technique that uses mining waste to chemically capture carbon dioxide, and expand it to include the removal and containment of sulfates and trace elements from water. 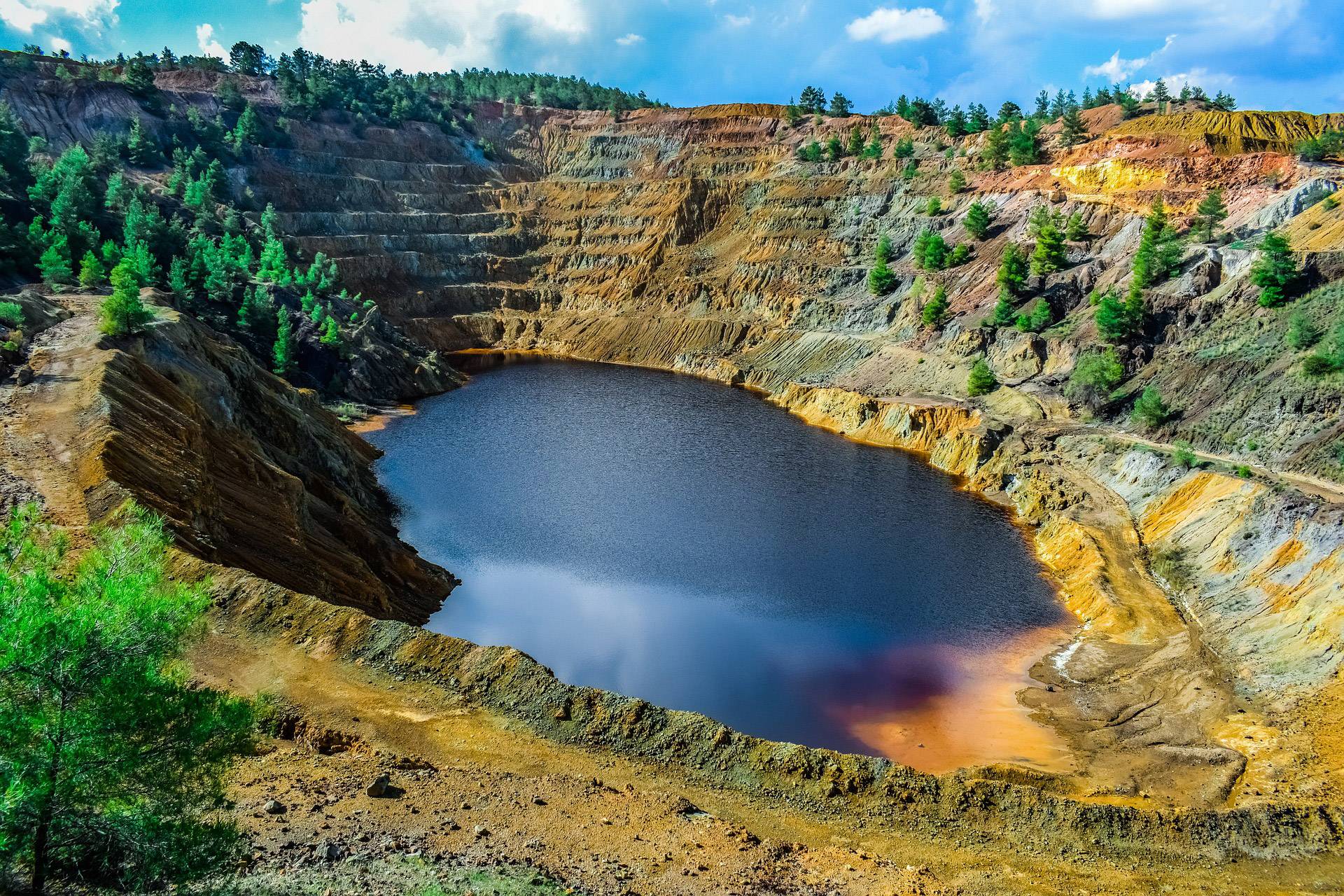 Satish Myneni, professor of geosciences, will lead an investigation into the release of powerful greenhouse gases from coastal freshwater ecosystems as they come in contact with saltwater from rising seas. The project builds on his lab’s work from New Jersey and South Carolina indicating that when saltwater comes into contact with organic halogens found in coastal wetland sediment, it initiates the release of halomethanes that break down the Earth’s ozone layer. Myneni will expand this work to include coastal mangroves in Florida and Panama, which are threatened by saltwater intrusion due to sea-level rise and coastal development.

Corina Tarnita and Robert Pringle, associate professors of ecology and evolutionary biology, will study how water, nutrients, soil type and large-herbivore activity interact to shape plant communities and spatial patterns in semi-arid African rangelands. African rangelands provide crucial grazing and agricultural land to millions of people, yet, there is little data on how these ecosystems will respond to climate change. Tarnita and Pringle aim to provide one of the first experimentally grounded tests for the theory they developed to explain how water limitation determines vegetation patterning. They will incorporate their findings into theoretical frameworks that can serve as early-warning indicators of ecosystem collapse in drought-stressed ecosystems. 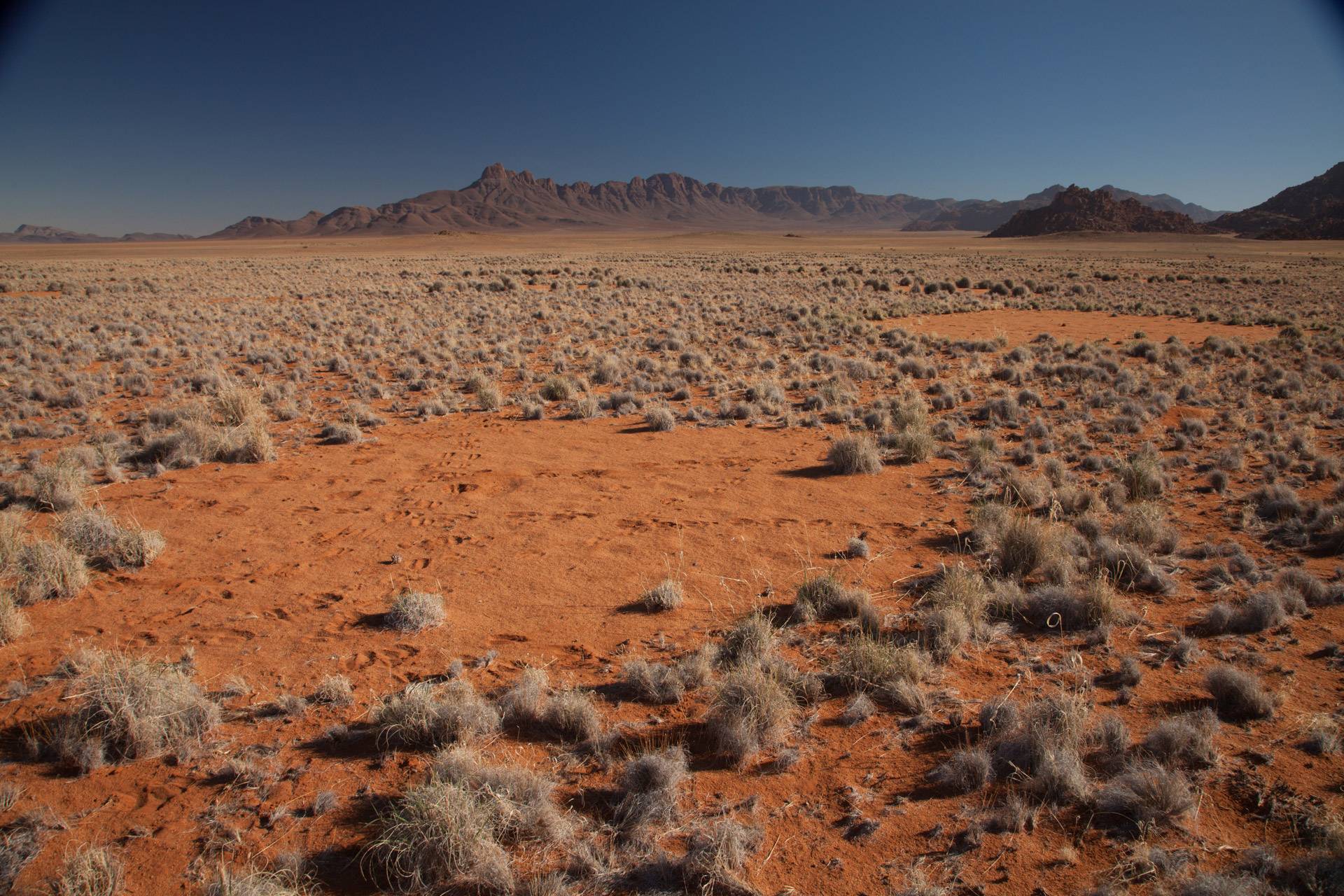 Sujit Datta and Rodney Priestley, assistant professor and professor, respectively, of chemical and biological engineering, will develop synthetic nanoparticles with controllable sizes, morphologies and chemistries that could be used to safely and affordably remove contaminants from groundwater aquifers. The  novel structures — which they call engineered nanoscale zero valent iron (enZVI) particles — will be embedded with naturally occurring particles that have been shown to degrade common contaminants, but are unable to target specific pollutants. The researchers will refine the design and delivery of their enZVIs so they can be stably transported through an aquifer to target and remediate trapped contaminants.

Ian Bourg, assistant professor of civil and environmental engineering and the Princeton Environmental Institute, will use molecular-dynamics simulation to characterize the microphysics of water in secondary organic aerosol (SOA) particles, which are nanosized mixtures of water, organic compounds and inorganic ions. Although these tiny droplets have a strong influence on the Earth’s heat budget and on human health, how they form and behave in the atmosphere is poorly understood. Bourg’s research could shed light on the role of atmospheric water on climate and air quality, as well as enable more accurate predictions of Earth’s future climate and its effect on human health.

Bess Ward, the William J. Sinclair Professor of Geosciences and the Princeton Environmental Institute, will work in the Chesapeake Bay examining the microbial reactions that convert excess levels of nitrogen in coastal waters into inert gases. Nitrite determines whether this nitrogen is lost from the system or recycled back to nitrate, an important nitrogen source for the phytoplankton that can lead to coastal algae blooms. Ward and her research group will determine the distribution and regulation of these microbial reactions, and examine how the natural regulation of nitrogen could be altered by climate change. 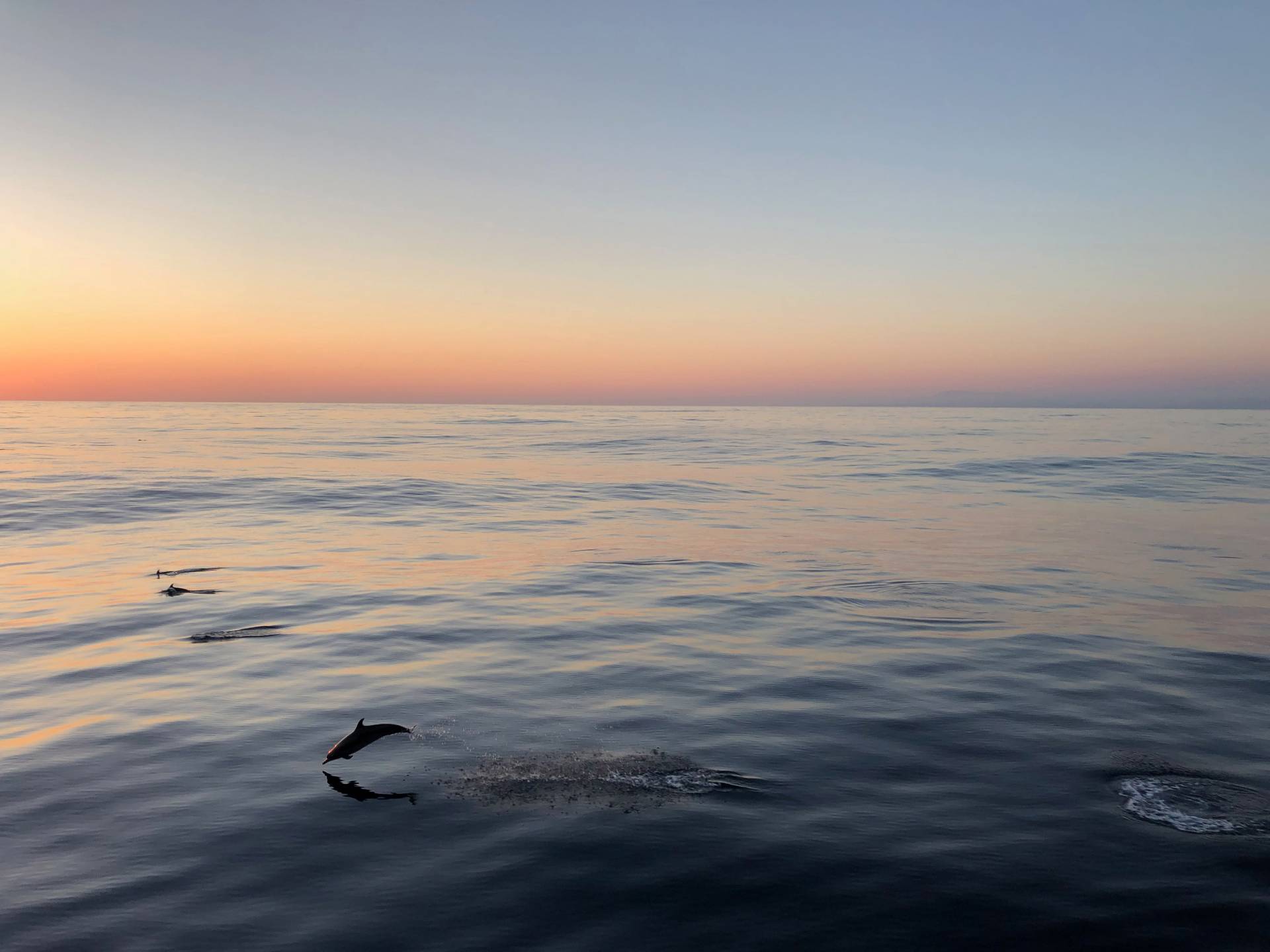 UnleadED: A Proposal to Measure Trenton Lead-Water Levels at Scale

Jennifer Jennings, professor of sociology and public affairs, and John Higgins, associate professor of geosciences, will lead an interdisciplinary team to collect and analyze water samples from homes across Trenton, New Jersey, to gauge the prevalence and distribution of lead contamination citywide. They will distribute testing kits to public school students for taking water samples at school and in their homes so that the researchers can identify high-risk areas for contamination and work with households to reduce lead exposure. The researchers plan to create a website and a publicly available map of the levels and locations of lead contamination in Trenton. At the same time, they will work with Trenton teachers to provide teacher training, classroom materials and lesson plans focused on avoiding lead exposure. This project expands on Higgins’ ongoing PEI Urban Grand Challenge project to develop a no-cost lead test for Trenton residents.