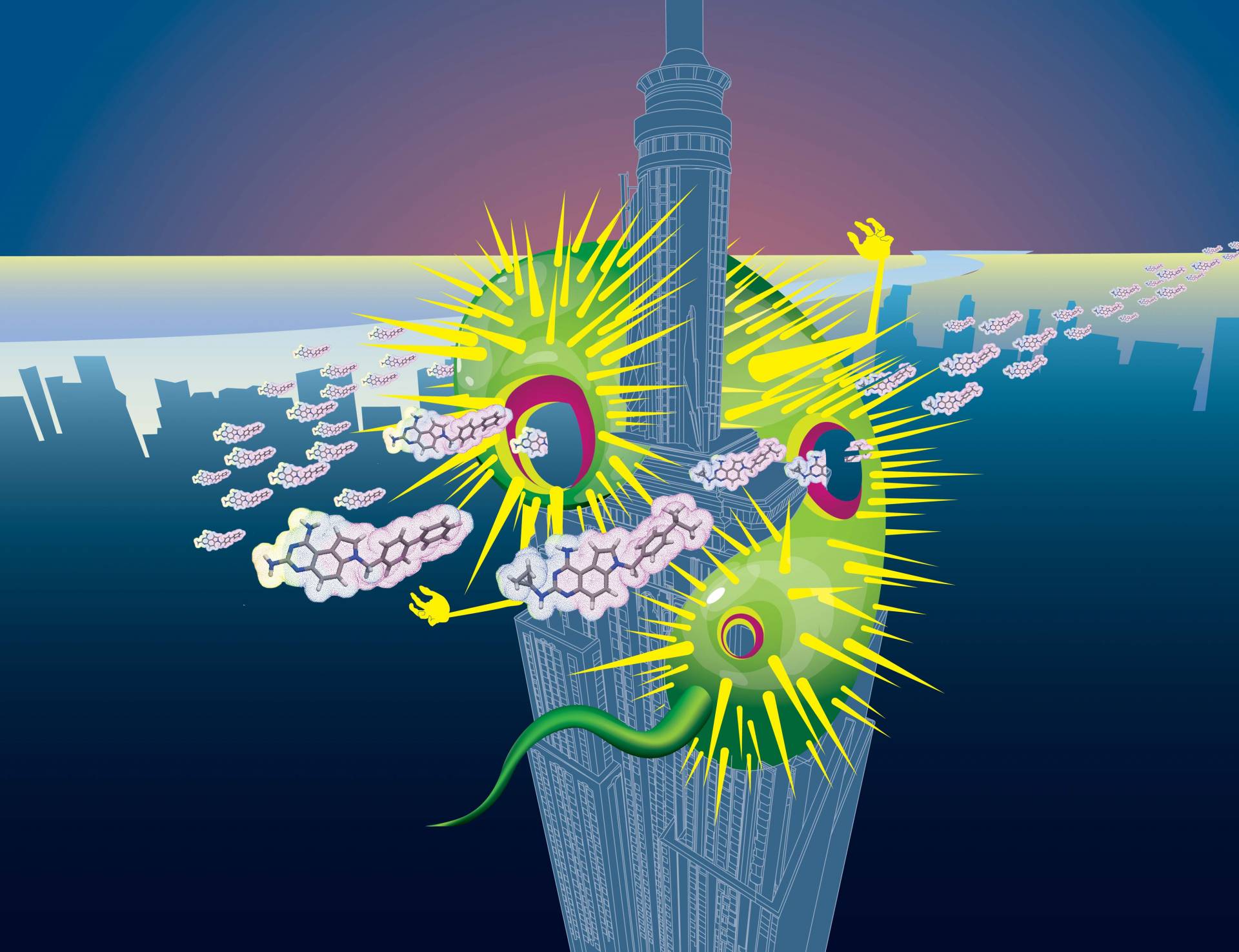 A team of Princeton researchers led by Professor Zemer Gitai has found an antibiotic that can simultaneously puncture bacterial walls and destroy folate within their cells — taking out even monstrous bacteria with the effectiveness of a poisoned arrow — while proving immune to antibiotic resistance.

Poison is lethal all on its own — as are arrows — but their combination is greater than the sum of their parts. A weapon that simultaneously attacks from within and without can take down even the strongest opponents, from E. coli to MRSA (methicillin resistant Staphylococcus aureus).

A team of Princeton researchers reported today in the journal Cell that they have found a compound, SCH-79797, that can simultaneously puncture bacterial walls and destroy folate within their cells — while being immune to antibiotic resistance.

Bacterial infections come in two flavors — Gram-positive and Gram-negative — named for the scientist who discovered how to distinguish them. The key difference is that Gram-negative bacteria are armored with an outer layer that shrugs off most antibiotics. In fact, no new classes of Gram-negative-killing drugs have come to market in nearly 30 years.

“This is the first antibiotic that can target Gram-positives and Gram-negatives without resistance,” said Zemer Gitai, Princeton’s Edwin Grant Conklin Professor of Biology and the senior author on the paper. “From a ‘Why it’s useful’ perspective, that’s the crux. But what we’re most excited about as scientists is something we’ve discovered about how this antibiotic works — attacking via two different mechanisms within one molecule — that we are hoping is generalizable, leading to better antibiotics — and new types of antibiotics — in the future.” 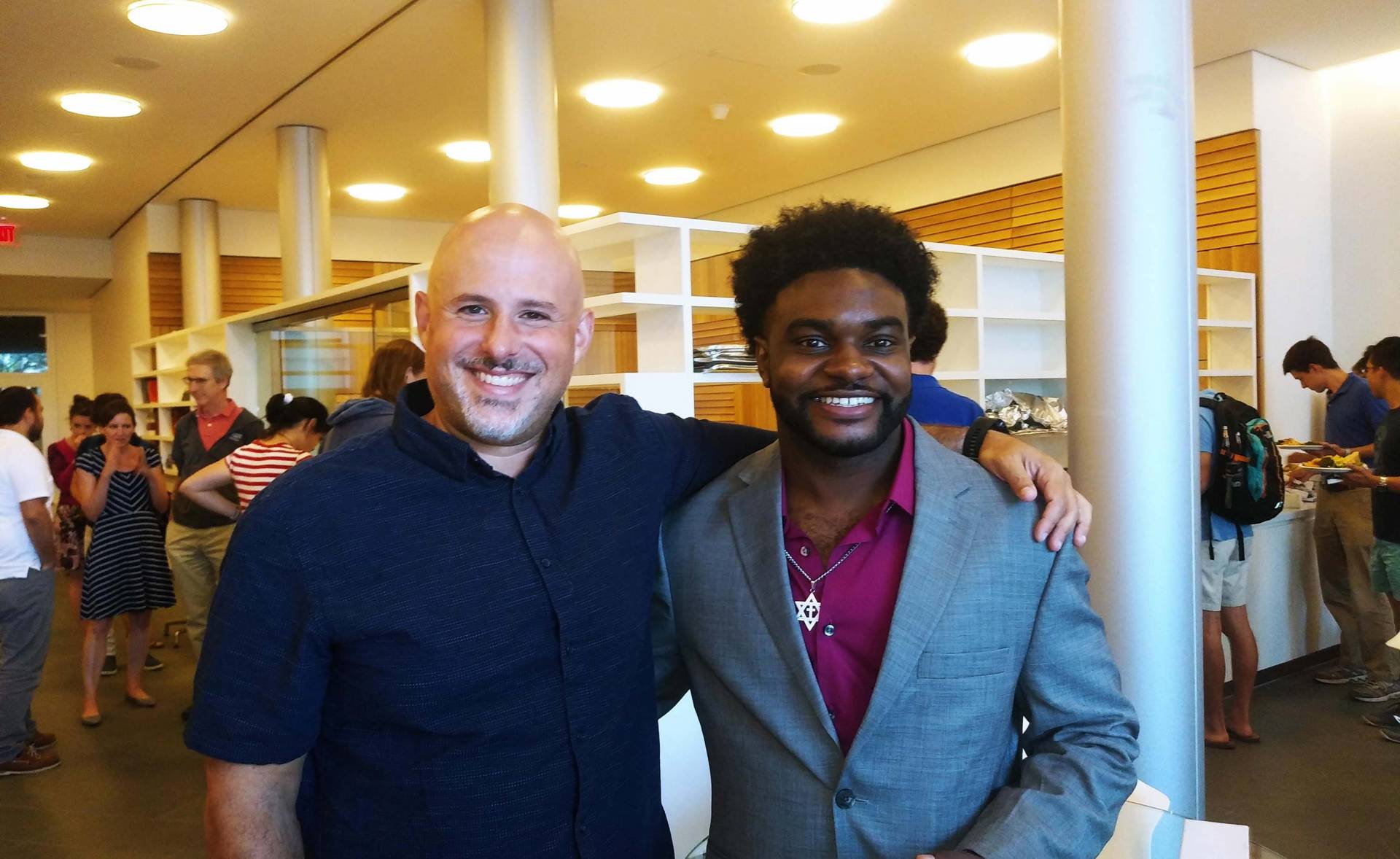 Gitai poses with James Martin, who led the research team and is first author on the new article about the ‘poisoned arrow’ antibiotic, at Martin’s 2019 Ph.D. thesis defense.

The greatest weakness of antibiotics is that bacteria evolve quickly to resist them, but the Princeton team found that even with extraordinary effort, they were unable to generate any resistance to this compound. “This is really promising, which is why we call the compound’s derivatives ‘Irresistin,’” Gitai said.

It’s the holy grail of antibiotics research: an antibiotic that is effective against diseases and immune to resistance while being safe in humans (unlike rubbing alcohol or bleach, which are irresistibly fatal to human cells and bacterial cells alike).

For an antibiotics researcher, this is like discovering the formula to convert lead to gold, or riding a unicorn — something everyone wants but no one really believes exists, said James Martin, a 2019 Ph.D. graduate who spent most of his graduate career working on this compound. “My first challenge was convincing the lab that it was true,” he said.

But irresistibility is a double-edged sword. Typical antibiotics research involves finding a molecule that can kill bacteria, breeding multiple generations until the bacteria evolve resistance to it, looking at how exactly that resistance operates, and using that to reverse-engineer how the molecule works in the first place.

But since SCH-79797 is irresistible, the researchers had nothing to reverse engineer from.

“This was a real technical feat,” said Gitai. “No resistance is a plus from the usage side, but a challenge from the scientific side.”

The research team had two huge technical challenges: Trying to prove the negative — that nothing can resist SCH-79797 — and then figuring out how the compound works.

To prove its resistance to resistance, Martin tried endless different assays and methods, none of which revealed a particle of resistance to the SCH compound. Finally, he tried brute force: for 25 days, he “serially passaged” it, meaning that he exposed bacteria to the drug over and over and over again. Since bacteria take about 20 minutes per generation, the germs had millions of chances to evolve resistance — but they didn’t. To check their methods, the team also serially passaged other antibiotics (novobiocin, trimethoprim, nisin and gentamicin) and quickly bred resistance to them.

Proving a negative is technically impossible, so the researchers use phrases like “undetectably-low resistance frequencies” and “no detectable resistance,” but the upshot is that SCH-79797 is irresistible — hence the name they gave to its derivative compounds, Irresistin.

They also tried using it against bacterial species that are known for their antibiotic resistance, including Neisseria gonorrhoeae, which is on the top 5 list of urgent threats published by the Center for Disease Control and Prevention.

“Gonorrhea poses a huge problem with respect to multidrug resistance,” said Gitai. “We’ve run out of drugs for gonorrhea. With most common infections, the old-school generic drugs still work. When I got strep throat two years ago, I was given penicillin-G — the penicillin discovered in 1928! But for N. gonorrhoeae, the standard strains that are circulating on college campuses are super drug resistant. What used to be the last line of defense, the break-glass-in-case-of-emergency drug for Neisseria, is now the front-line standard of care, and there really is no break-glass backup anymore. That’s why this one is a particularly important and exciting one that we could cure.”

The researchers even got a sample of the most resistant strain of N. gonorrhoeae from the vaults of the World Health Organization — a strain that is resistant to every known antibiotic — and “Joe showed that our guy still killed this strain,” Gitai said, referring to Joseph Sheehan, a co-first-author on the paper and the lab manager for the Gitai Lab. “We’re pretty excited about that.”

Without resistance to reverse engineer from, the researchers spent years trying to determine how the molecule kills bacteria, using a huge array of approaches, from classical techniques that have been around since the discovery of penicillin through to cutting-edge technology.

Martin called it the “everything but the kitchen sink” approach, and it eventually revealed that SCH-79797 uses two distinct mechanisms within one molecule, like an arrow coated in poison. 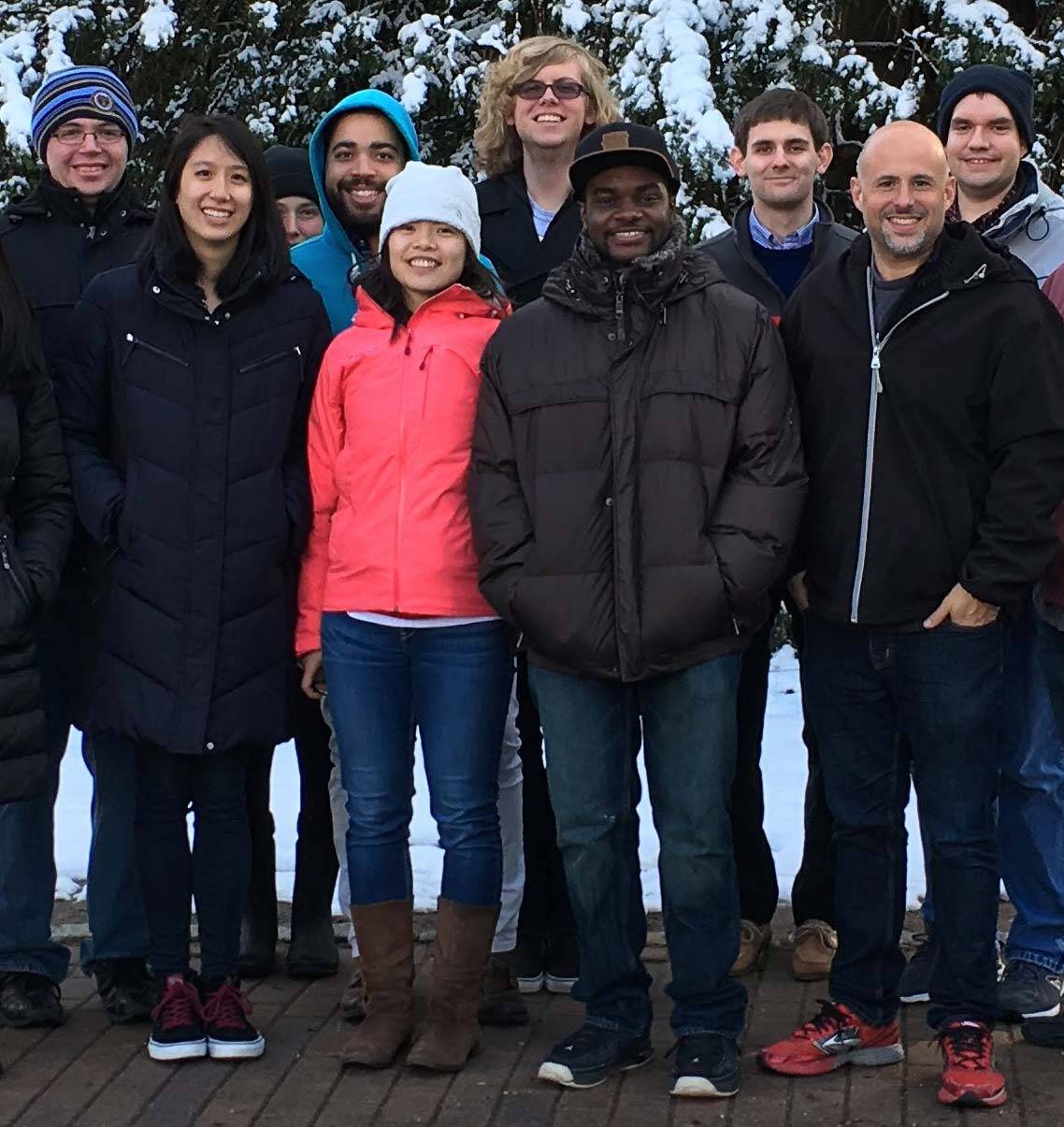 “The arrow has to be sharp to get the poison in, but the poison has to kill on its own, too,” said Benjamin Bratton, an associate research scholar in molecular biology and a lecturer in the Lewis Sigler Institute for Integrative Genomics, who is the other co-first-author.

The arrow targets the outer membrane — piercing through even the thick armor of Gram-negative bacteria — while the poison shreds folate, a fundamental building block of RNA and DNA. The researchers were surprised to discover that the two mechanisms operate synergistically, combining into more than a sum of their parts.

“If you just take those two halves — there are commercially available drugs that can attack either of those two pathways — and you just dump them into the same pot, that doesn’t kill as effectively as our molecule, which has them joined together on the same body,” Bratton said.

There was one problem: The original SCH-79797 killed human cells and bacterial cells at roughly similar levels, meaning that as a medicine, it ran the risk of killing the patient before it killed the infection. The derivative Irresistin-16 fixed that. It is nearly 1,000 times more potent against bacteria than human cells, making it a promising antibiotic. As a final confirmation, the researchers demonstrated that they could use Irresistin-16 to cure mice infected with N. gonorrhoeae.

This poisoned arrow paradigm could revolutionize antibiotic development, said KC Huang, a professor of bioengineering and of microbiology and immunology at Stanford University who was not involved in this research.

“The thing that can’t be overstated is that antibiotic research has stalled over a period of many decades,” Huang said. “It’s rare to find a scientific field which is so well studied and yet so in need of a jolt of new energy.”

The poisoned arrow, the synergy between two mechanisms of attacking bacteria, “can provide exactly that,” said Huang, who was a postdoctoral researcher at Princeton from 2004 to 2008. “This compound is already so useful by itself, but also, people can start designing new compounds that are inspired by this. That’s what has made this work so exciting.”

In particular, each of the two mechanisms — the arrow and the poison — target processes that are present in both bacteria and in mammalian cells. Folate is vital to mammals (which is why pregnant women are told to take folic acid), and of course both bacteria and mammalian cells have membranes. “This gives us a lot of hope, because there’s a whole class of targets that people have largely neglected because they thought, ‘Oh, I can’t target that, because then I would just kill the human as well,’” Gitai said.

“A study like this says that we can go back and revisit what we thought were the limitations on our development of new antibiotics,” Huang said. “From a societal point of view, it’s fantastic to have new hope for the future.”

Other Princetonians involved in the research include molecular biology graduate student Gabriel Moore; then-graduate students Maxwell Wilson and Sophia Hsin-Jung Li, who completed their Ph.D. degrees in 2015 and 2018 respectively; Hahn Kim, the director of the Small Molecule Screening Center in Princeton’s Department of Chemistry; and Joshua Rabinowitz, a professor of chemistry and the Lewis-Sigler Institute for Integrative Genomics.