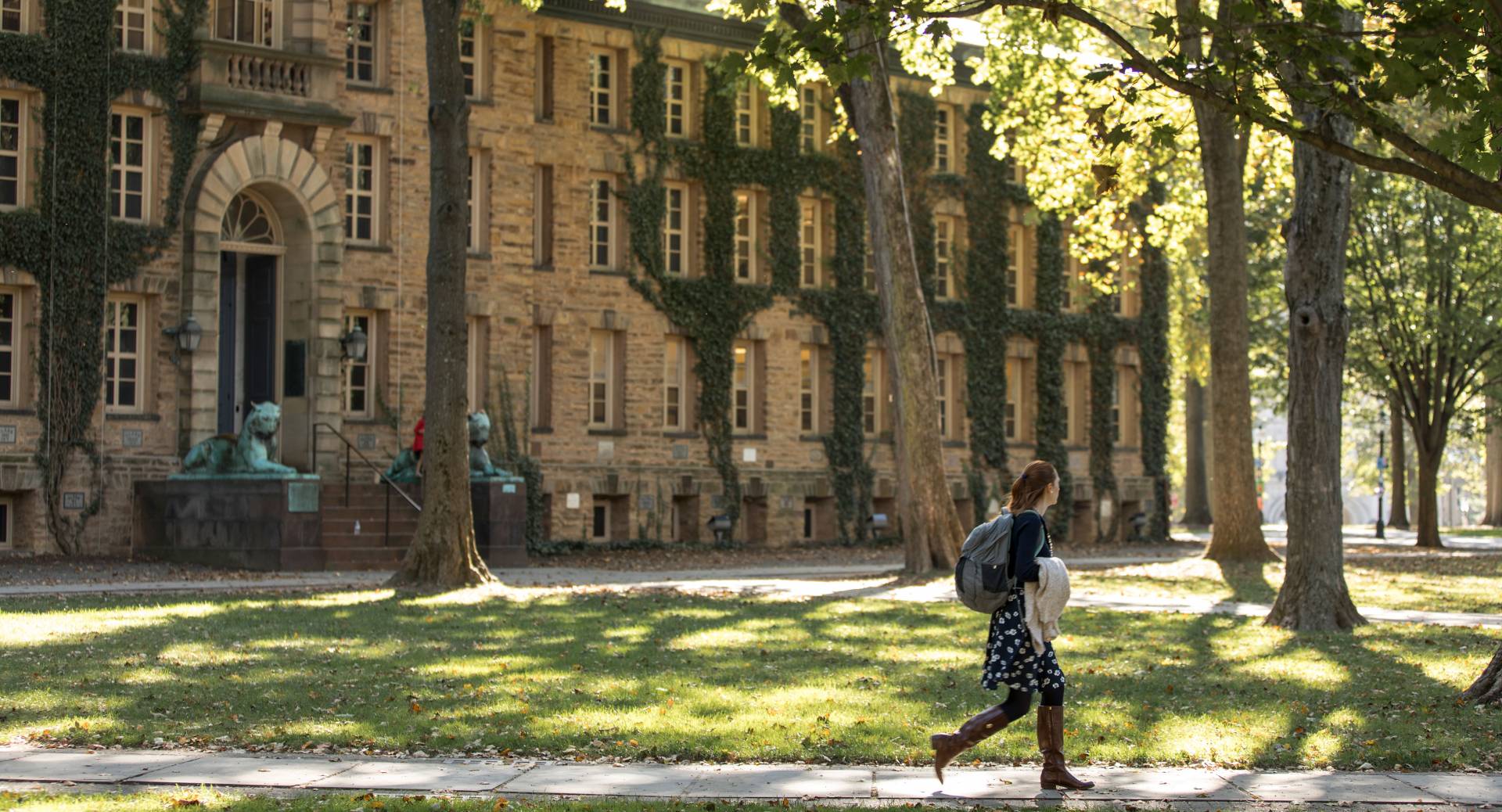 The Princeton University Board of Trustees has approved the appointment of 16 faculty members, including two full professors, one associate professor and 13 assistant professors.

Edwards is the author of four books on the legal history of the American South, including “The People and Their Peace: Legal Culture and the Transformation of Inequality in the Post-Revolutionary South” (2009), which received the Charles Sydnor Prize, awarded by the Southern Historical Association for the best book on Southern history, and the Littleton-Griswold Prize, awarded by the American Historical Association for the best book on the history of American law and society.

She holds a Ph.D. from the University of North Carolina at Chapel Hill and a B.A. from Northwestern University.

Romain Teyssier, in astrophysical sciences and the Program in Applied and Computational Mathematics, studies computational astrophysics. His appointment is effective in fall 2021.

Teyssier joined the University of Zurich as an associate professor of computational astrophysics in 2013 and was named a full professor in 2019. Teyssier’s research includes performing simulations of cosmic structure in order to understand the origin of astrophysical objects, such as stars and galaxies. He is author of the RAMSES code, an open source code to model astrophysical systems.

Edward Baring, in history and the University Center for Human Values, will join Princeton this winter from Drew University, where he was appointed assistant professor in 2010 and promoted to associate professor in 2015.

Baring received a Ph.D. from Harvard University and a B.A. from the University of Cambridge.

David Builes, in philosophy, joins the faculty in fall 2021.

Builes, who specializes in metaphysics, epistemology and philosophy of science, holds a Ph.D. from the Massachusetts Institute of Technology and a B.A. and B.S. from Duke University.

Michelle Chan, in molecular biology and the Lewis-Sigler Institute for Integrative Genomics, joins the faculty this fall. She is a specialist in genomics.

Chan received her Ph.D. from the Massachusetts Institute of Technology and a B.S. from the University of British Columbia.

A specialist in artificial intelligence, she holds a Ph.D. from Columbia University, an M.S. from Cornell University and a Diplôme d'Ingénieur from Télécom Paris.

Jaime Fernández Fisac, in electrical engineering, began his appointment at Princeton in August. He specializes in robotics, control and artificial intelligence.

Fisac received a Ph.D. from the University of California-Berkeley, an M.Sc. from Cranfield University and a B.S./M.S. from Universidad Politécnica de Madrid.

Yasaman Ghasempour, in electrical engineering, will join the Princeton faculty this winter. Her research focuses on computing and networking.

Ghasempour earned a Ph.D. at Rice University and a B.S. at Sharif University of Technology in Tehran, Iran.

Mohamadreza Moini, in civil and environmental engineering, joins the faculty this winter.

A specialist in architectured materials and additive manufacturing, he received his Ph.D. from Purdue University, an M.S. from University of Wisconsin-Milwaukee and a B.S. from Qom University in Qom, Iran.

Andrés Monroy-Hernández, in computer science, joins Princeton in August 2021 from his position as lead research scientist for Snap Inc. Specializing in computer-human interaction, he has served as an affiliate professor at the University of Washington since 2014.

Monroy-Hernández holds a Ph.D. from MIT Media Lab and a B.S. from Tecnológico de Monterrey in Mexico.

Cameron Amadeus Myhrvold, in molecular biology, comes to Princeton this winter. He specializes in virology.

Myhrvold earned his Ph.D. at Harvard University and an A.B. from Princeton in 2011.

Ravi Netravali, in computer science, will join the Princeton faculty in summer 2021 from the University of California-Los Angeles, where he has served as assistant professor since 2019.

A specialist in networking and systems, he holds a Ph.D. from the Massachusetts Institute of Technology and a B.S. from Columbia University.

Yury Pritykin, in computer science and the Lewis-Sigler Institute for Integrative Genomics, joins the faculty this winter. His research concentrates on computational biology and genomics.

Pritykin received a Ph.D. from Princeton in 2014. He also holds a Ph.D. from Lomonosov Moscow State University.

Yunqing Tang, in mathematics, will join the faculty this winter after serving as an instructor at Princeton since 2017. A specialist in number theory, she was a member of the Institute for Advanced Study in 2016-17.

Tang holds a Ph.D. from Harvard University and a B.S. from Peking University.

Jerry Zee, in anthropology and the Princeton Environmental Institute, joined the faculty in August. He specializes in environmental humanities.

Zee earned his Ph.D. at the University of California-Berkeley and a B.A. at Stanford University.