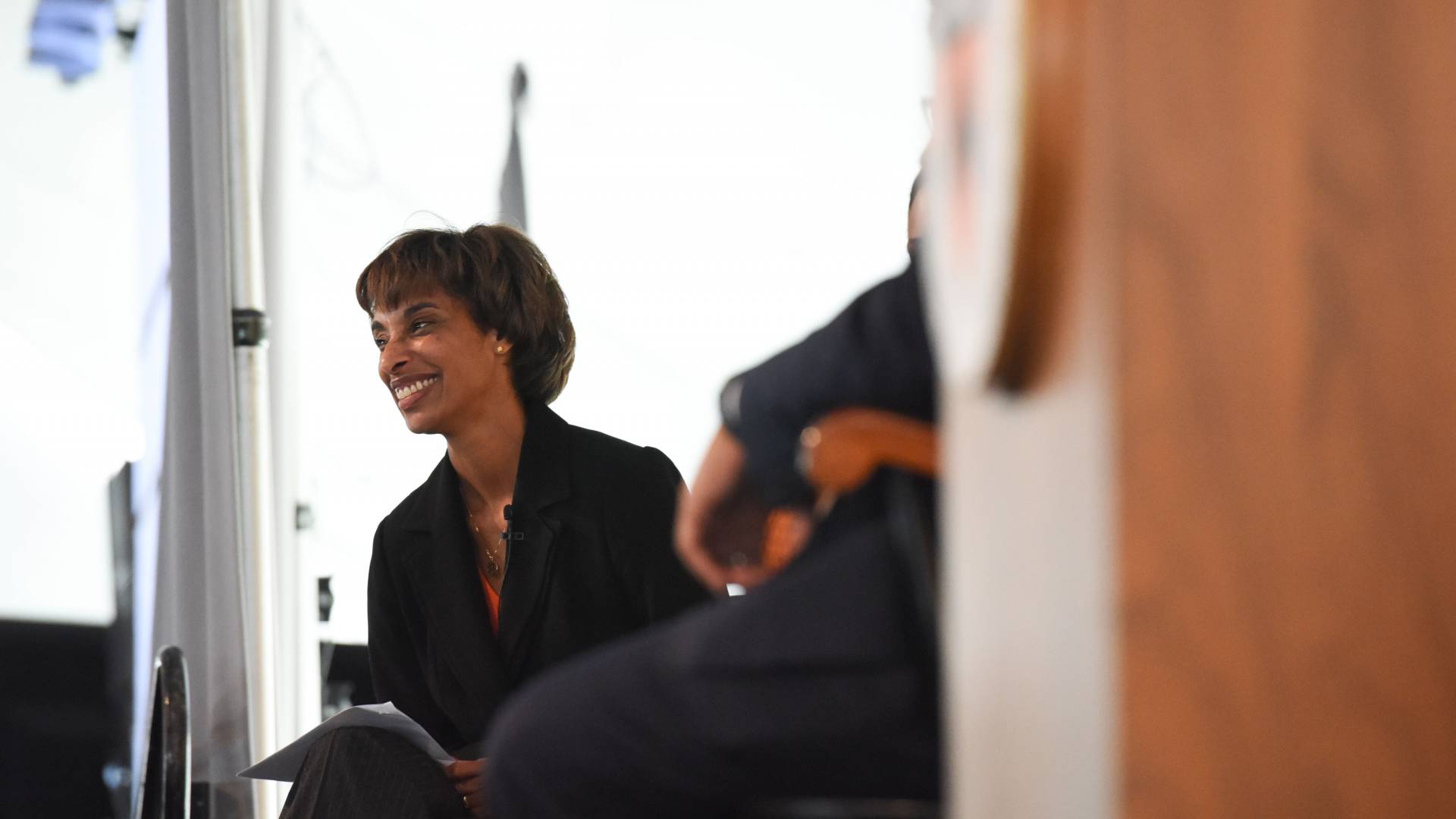 Dean of the Princeton School of Public and International Affairs Cecilia Rouse is the presumptive nominee as chair of President-elect Joe Biden’s Council of Economic Advisers. “We need to be positioned for the economy of the future so that everyone is able to partake in the growth we hope to have,” said Rouse, a labor economist who previously served as a member of President Barack Obama’s Council of Economic Advisers.

Cecilia Elena Rouse​, dean of the ​Princeton School of Public and International Affairs​ (SPIA)​, is the presumptive nominee as chair of President-elect Joe Biden’s ​Council of Economic Advisers​ (CEA). If confirmed by the U.S. Senate, she will be the first African American and just the fourth woman to lead the CEA in the 74 years of its existence.

As chair, Rouse will play a key role in rebuilding the U.S. economy, which has seen increasing income inequality for decades and has been most recently left crippled by the Covid-19 pandemic. Since the public health crisis began, Rouse has been a strong advocate for providing economic relief to those most affected by the virus.

“We need to be positioned for the economy of the future so that everyone is able to partake in the growth we hope to have,” Rouse said. “To that end, I am honored to have a chance to return to public service to help lead that charge.”

Rouse, a labor economist, previously served in the White House as a member of ​President Barack Obama’s Council of Economic Advisers. From 1998 to 1999, she worked at the National Economic Council in the Clinton administration as a special assistant to the president.

“I cannot imagine a better choice for the role. Ceci Rouse is a distinguished economist and an outstanding dean for the School,” said Princeton President Christopher L. Eisgruber. “For more than eight years, she has led the School of Public and International Affairs with integrity and a steadfast commitment to scholarly excellence, diversity, and the free exchange of ideas. The School is stronger and better because of her contributions.”

Rouse’s academic interests focus on the economics of education. She joined Princeton University in 1992 and is the Katzman-​Ernst Professor in Economics and Education and professor of economics and public affairs as well as the founding director of the Princeton Education Research Section​.​ She is the second-longest serving dean in SPIA’s recent history.

Rouse also is a member of the National Academy of Education as well as a senior editor of The Future of Children​, a policy journal published by the SPIA and the Brookings Institution, and a member of the editorial board of the American Economic Journal: Economic Policy. Rouse also serves on the boards of the Council of Foreign Relations, the University of Rhode Island, the Pennington School, the National Bureau of Economic Research, and is an independent director of the T. Rowe Price Funds.

She received her bachelor’s degree and Ph.D., both in economics, from Harvard University.

The Council of Economic Advisers, an agency within the Executive Office of the President, is charged with offering the President objective economic advice on the formulation of both domestic and international economic policy.

Joining Rouse on the Council are members Jared Bernstein and Heather Boushey. Bernstein served as chief economist to then-Vice President Biden in the Obama Administration before joining the Center on Budget and Policy Priorities, where he has served as a senior fellow since 2011. Boushey is a long-time economic counselor to President-elect Biden and currently serves as president and CEO of the Washington Center for Equitable Growth, a nonprofit research and grantmaking organization she co-founded in 2013.