Martin Jonikas, whose research investigates a tiny structure in green algae with the potential to revolutionize agriculture, health and energy, has been named a 2021 Howard Hughes Medical Institute (HHMI) Investigator. 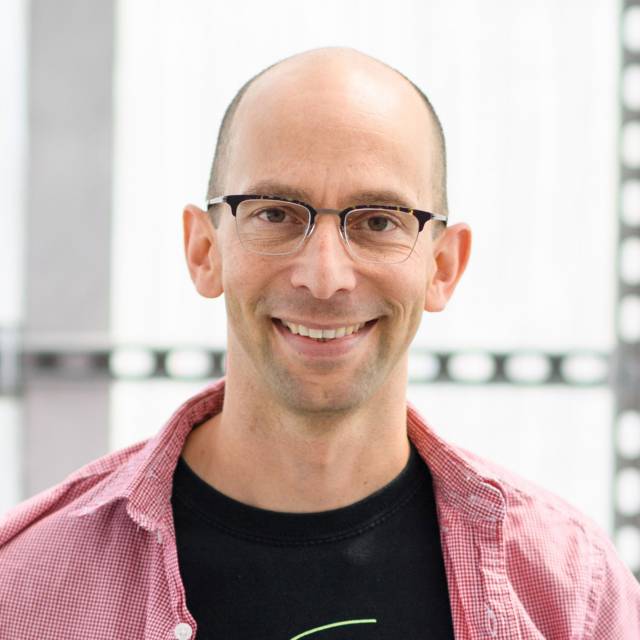 Jonikas, an associate professor of molecular biology at Princeton University, is one of 33 new investigators from 21 institutions named by HHMI on Sept. 23, selected from more than 800 eligible applicants. Each new investigator will receive about $9 million over a seven-year term; the term is renewable pending a successful scientific review.

“HHMI is committed to giving outstanding biomedical scientists the time, resources and freedom they need to explore uncharted scientific territory,” said Erin O’Shea, president of HHMI. To date, 32 current or former HHMI scientists have won the Nobel Prize, including Eric Weischaus, Princeton’s Squibb Professor in Molecular Biology and a professor in the Lewis-Sigler Institute for Integrative Genomics.

Jonikas and the researchers in his lab study photosynthesis, the source of energy for nearly all life on Earth. They focus on a microscopic structure found in algae — but not plants — that makes algae much more efficient at turning carbon dioxide into sugars.

“The most amazing machines on Earth are living organisms,” Jonikas said.

In both plants and algae, an enzyme called Rubisco converts carbon dioxide into biomass. But Rubisco runs slowly in plants, limiting how quickly many crops can grow. Algae have figured out a way to make the enzyme run faster. They cluster their Rubisco molecules within tiny molecular compartments called pyrenoids that allow them to force-feed the Rubisco carbon dioxide.

Jonikas and his team’s near-term goal is to engineer working pyrenoids into plants. Doing this with crops like rice and wheat could dramatically increase food production, Jonikas said. Already, researchers in his lab have identified 90 pyrenoid proteins, accounting for most of its known components. Jonikas and his team have also overturned the 50-year-old assumption that the pyrenoid is a crystalline solid. Instead, they’ve shown that it behaves like a liquid.

Jonikas hopes his team will unlock pyrenoids’ power, allowing scientists to not only supercharge crops but address the challenges of health and energy as well.

Jonikas joins three other Princeton faculty members who are HHMI Investigators: Bonnie Bassler, the Squibb Professor in Molecular Biology and chair of the department; Cliff Brangwynne, the June K. Wu '92 Professor of Chemical and Biological Engineering and director of the Princeton Bioengineering Initiative; and Carlos Brody, the Wilbur H. Gantz III '59 Professor of Neuroscience.

Princeton also has several emeritus investigators, including Stanislas Leibler, a visiting lecturer with the rank of professor in physics; Trudi Schupbach, the Henry Fairfield Osborn Professor of Biology, Emeritus; Thomas Shenk, the James A. Elkins Jr. Professor in the Life Sciences, Emeritus; and Wieschaus. Shirley Tilghman, an emeritus professor of molecular biology, left her position as an HHMI Investigator in 2001 when she became president of the University.