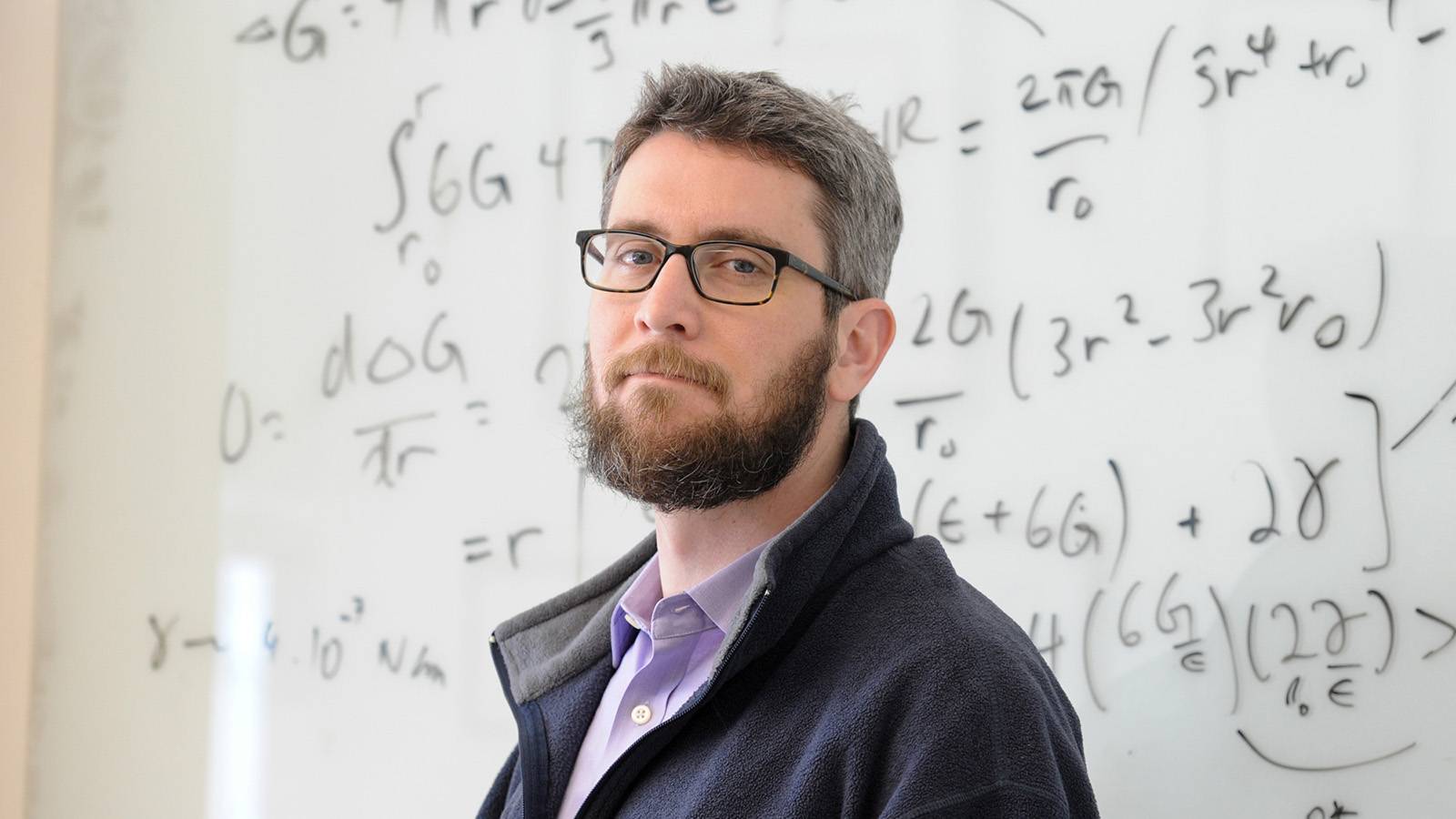 Photo by Laura Pedrick for HHMI

Clifford Brangwynne, whose research explores the hidden order within cellular liquid, has been named a 2018 Howard Hughes Medical Institute Investigator.

Brangwynne, an associate professor of chemical and biological engineering at Princeton University, is one of 19 new investigators named by the institute on May 23. The distinction is one of the most sought-after awards in biomedical research.

"I’m incredibly honored," said Brangwynne, the principal investigator of the Soft Living Matter Group at Princeton, of his selection by the HHMI. "It’s a wonderful vote of confidence in me and my research, which emboldens me to push into totally new territory."

Headquartered in Chevy Chase, Maryland, HHMI is a nonprofit medical research organization founded in 1953. Its investigator program provides seven years of funding for researchers, who remain based at their home institutions, pursuing cutting-edge science. This innovative approach affords researchers time to concentrate on their work and not have to continually seek short-term grants.

This brings to four the number of current HHMI Investigators at Princeton, the others being Bonnie Bassler, Carlos Brody and Eric Wieschaus.

In announcing the selection, the institute said that each of the investigators would receive roughly $8 million over a seven-year period, which is renewable upon a scientific review. The investigators, representing 13 U.S. institutions, were selected from among 675 eligible applicants.

“Every scientist is unique, but they all need one thing: time,” Erin O’Shea, the institute president, said in a statement. “HHMI is dedicated to providing outstanding biomedical scientists with the time and resources to do their best work. We think of this as investing in people, not just projects.”

Brangwynne, who joined the Princeton faculty in 2011, explores the cellular organizing principle called liquid-liquid phase separation. Phase transitions are a well-known phenomenon with many examples in industry and everyday life. Most people are familiar with phase transitions that occur between different states: when water droplets condense on a cold window, the molecule has undergone a so-called phase transition into a liquid from a gaseous state. But phase transitions also can happen from one form of liquid to another. Liquids in different phases, with varying properties such as viscosity and surface tension, can flow amongst each other without mixing.

In cells, this sort of partitioning of biomolecules into blobs like those in a lava lamp creates numerous structures, known as organelles. "They are to our cells what our organs are to our bodies," Brangwynne explained, noting that organelles have interdependent roles in carrying out a cell's overall function.

A prominent example is the nucleolus, the largest structure in a cell's nucleus. The nucleolus droplet, which has a honey-like consistency, handles diverse tasks such as protein factory construction, cellular growth coordination and stress management. Ongoing research in Brangwynne's lab is explicating what goes wrong when the nucleolus firms up permanently and loses its function, as well as how to reverse or prevent this undesirable transition.

"Just like how water becomes solid when you put it in the freezer, the liquid organelles that we study can also 'freeze' and cause problems for the cell," said Brangwynne. This line of research has created a keen interest in the community of researchers and physicians studying neurodegenerative diseases such as Alzheimer’s, Huntington’s and Amyotrophic Lateral Sclerosis (ALS), which may form from improper phase transition from a liquid to solid state.

"In science, we have these 'gut feelings' or intuitive senses for the most interesting and fruitful areas to dig into," said Brangwynne. "Being an HHMI Investigator means that my scientific instincts are much less resource-limited — I can take more risks and follow my nose."