Two Princeton professors — one who explores the interior structures of cells, and another who mathematically defines thresholds between shifting, complex systems — have been awarded 2018 MacArthur Fellowships. Choreographer and performer Okwui Okpokwasili, a Hodder Fellow in the Lewis Center for the Arts, also received an award.

Clifford Brangwynne, an associate professor of chemical and biological engineering and a significant researcher in Princeton's groundbreaking bioengineering efforts, and Allan Sly, the Henry Burchard Fine Professor of Mathematics, are among 25 artists, scholars, scientists and activists recognized by the John D. and Catherine T. MacArthur Foundation. The MacArthur Fellows Program annually awards fellowships to talented individuals for creativity, the promise of future advances based on accomplishments, and the potential for the grant to support future work. Each fellow receives $625,000 in unrestricted funding over five years.

“These 25 MacArthur Fellows are solving long-standing scientific and mathematical problems, pushing art forms into new and emerging territories, and addressing the urgent needs of under-resourced communities,” Cecilia Conrad, the program’s managing director, said in the announcement of the awards. “Their exceptional creativity inspires hope in us all.” 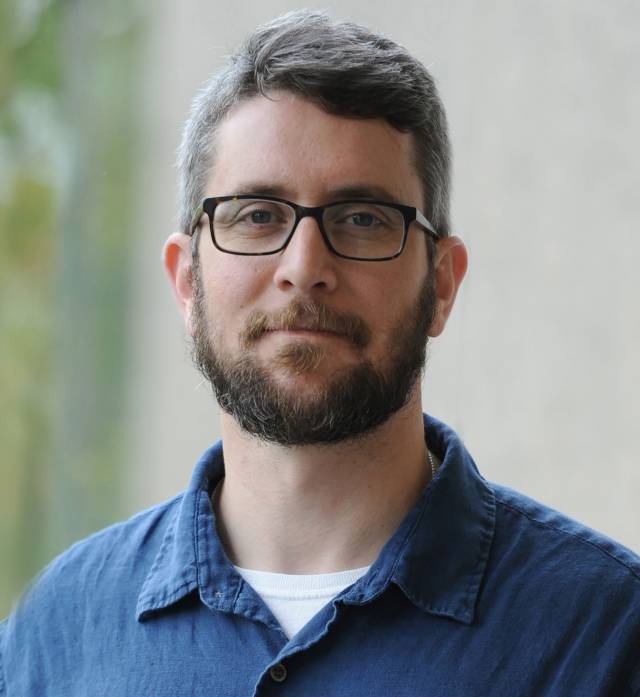 Brangwynne investigates the physical processes by which living cells form specialized structures known as organelles, which carry out essential functions ranging from protein synthesis and cell division to the transport of large molecules within the cell.

While many organelles are separated from their surroundings by membranes, Brangwynne’s studies have demonstrated that membraneless organelles arise from phase transitions. The partitioning of cellular material occurs through a mechanism similar to the separation of oil and water in which differences in physical properties allow liquids to coexist without mixing.

The MacArthur Foundation’s announcement cited Brangwynne for “enhancing our understanding of cellular compartmentalization and its critical role in biological development,” noting that his discoveries “have opened a host of new research avenues, as membraneless biological phase separation is being found in an ever-increasing variety of cellular settings.”

Problems with the formation and maintenance of membraneless organelles have been implicated in neurodegenerative diseases such as Alzheimer’s and Huntington’s. Examining phase transitions within cells, Brangwynne said, will bring new possibilities for engineering these processes to treat diseases.

"Cliff Brangwynne’s path-breaking scholarship is advancing the frontier of bioengineering," said Princeton University President Christopher L. Eisgruber. "With its potential to transform our understanding of neurodegenerative diseases, his research exemplifies how the pursuit of deep scientific understanding can help society respond to its most urgent problems.”

Brangwynne earned a B.S. in materials science and engineering, with a minor in physics, from Carnegie Mellon University; and a Ph.D. in applied physics from Harvard University. He conducted postdoctoral research in Dresden, Germany, at the Max Planck Institute of Molecular Cell Biology and Genetics, and the Max Planck Institute for the Physics of Complex Systems, before joining the Princeton faculty in 2011. Earlier this year he was selected as a Howard Hughes Medical Institute Investigator, a top distinction in biomedical research.

"I am simply thrilled that Cliff’s breakthrough insights have been recognized by the MacArthur Foundation," said Emily A. Carter, dean of the School of Engineering and Applied Science. "He represents the essence of what is best about Princeton Engineering: someone who seeks deep, fundamental scientific insights that change the way we understand phenomena, and then goes on to harness those insights to improve the world.

"I love the fact that Cliff brought fundamental concepts from materials science to cellular bioengineering and by so doing upended our understanding of how the interiors of cells are organized. This profound discovery is now being exploited to control cell behavior, with many practical applications to come,” she said.

Brangwynne's work "has opened up a whole new field of research at the interface of cell biology and soft matter," said Athanassios Panagiotopoulos, the Susan Dod Brown Professor of Chemical and Biological Engineering and chair of the department. "His discovery of the importance of liquid-liquid phase separation in cells bridges the physics of materials with the biology of gene regulation. It will provide the key to understanding and manipulating a host of biological processes."

In Brangwynne’s view, "there’s no more richly textured organization of matter in the universe" than the cells that make up our bodies. "That gets me really excited — to think about all those mysteries just waiting to be unlocked.” 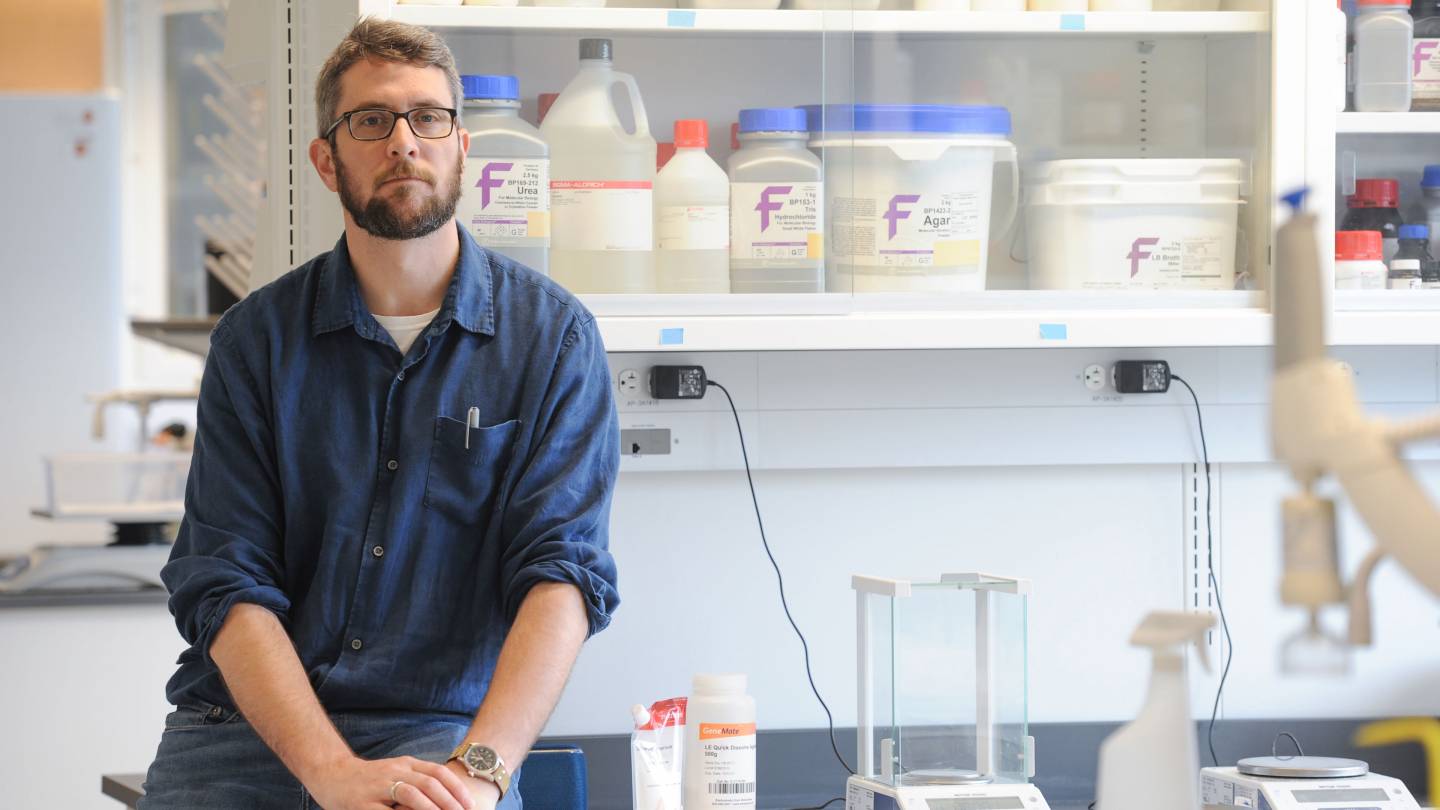 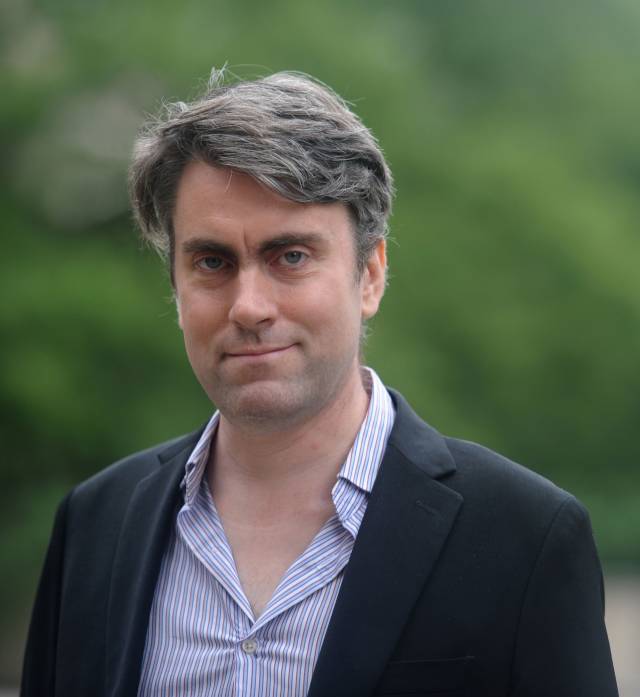 Sly works on an area of probability theory with applications from the physics of magnetic materials to computer science and information theory. His work investigates thresholds at which complex networks suddenly change from having one set of properties to another. Such questions originally arose in physics, where scientists observed such shifts in the magnetism of certain metal alloys. Sly provided a rigorous mathematical proof of the shift and a framework for identifying when such shifts occur.

His work has extended into theoretical computer science, where a key goal often is to understand whether it is likely or unlikely that a large set of randomly imposed constraints on a system can be satisfied. Sly has shown mathematically how such systems often reach a threshold at which solving a particular problem shifts from likely or unlikely. Sly said used a party invitation list as an analogy for the work. As you add interpersonal conflicts among a group of potential guests, it can suddenly become effectively impossible to create a workable party.

"How long until I can no longer find 40 people who will all be OK in the same room?" Sly said.

Assaf Naor, a professor in the Department of Mathematics at Princeton, described Sly's work in this area as a "tour-de-force" in rigorously pinpointing the location of a satisfiability threshold of random formulas, "thus answering a question that resisted the efforts of many mathematicians, computer scientists, statisticians and physicists."

"Through his originality, spectacular analytic powers, and the depth of his insights, Sly is reshaping our understanding of fundamental probabilistic phenomena," Naor said.

In addition to interacting with physicists, Sly actively collaborates with computer scientists and information theorists. In related work, Sly currently is co-advising a graduate student with Emmanuel Abbe, associate professor of electrical engineering and applied and computational mathematics.

"Probability is a really fascinating area at the intersection of many different fields," said Sly. "It's very exciting to take ideas or predictions from one area and apply them to problems from different fields."

“Allan Sly is a brilliant mathematician whose extraordinary work has resolved challenging problems in the fields of probability and statistics," said President Eisgruber. "We are fortunate that he is at Princeton, and we are delighted by the news of his selection as a MacArthur Fellow."

Sly received a B.Sc. and M.Phil. from the Australian National University and earned his Ph.D. from the University of California-Berkeley in 2009. After graduation until 2011, Sly was a postdoctoral fellow at Microsoft Research before joining the Department of Statistics at UC-Berkeley. He joined the Princeton faculty as a professor of mathematics in 2016. Last year, he was recognized as a Simons Investigator in Mathematics by the Simons Foundation. 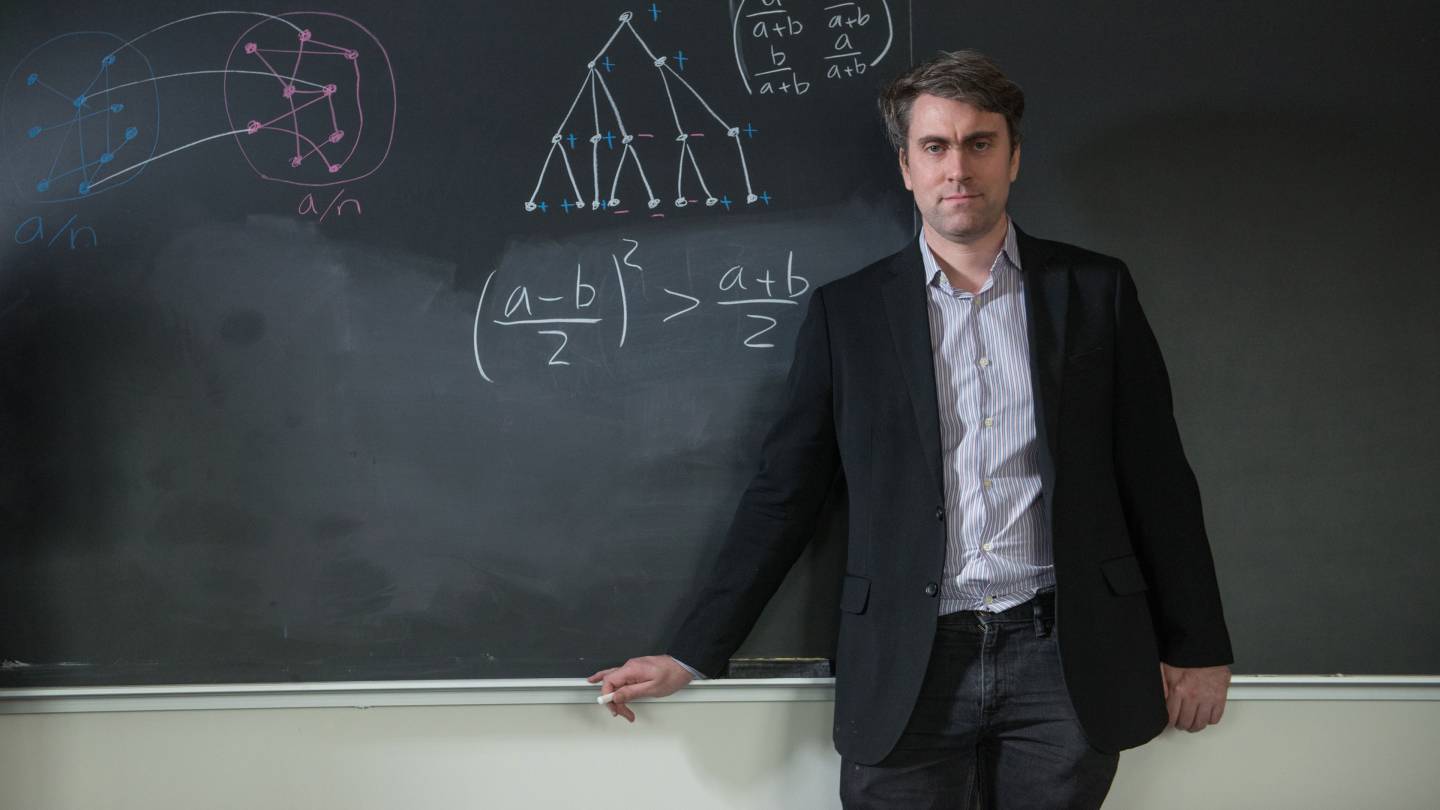 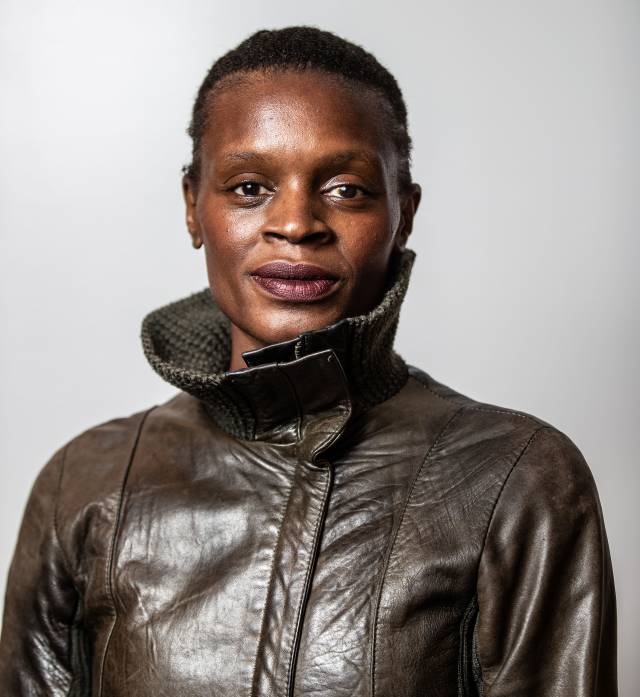 Brooklyn-based writer, performer and choreographer Okpokwasili is a 2018-19 Hodder Fellow in the Lewis Center for the Arts. The Hodder Fellowships are given to artists and writers of exceptional promise to pursue independent projects at Princeton University during the academic year. Potential Hodder Fellows are composers, choreographers, performance artists, visual artists, writers or other kinds of artists or humanists who have “much more than ordinary intellectual and literary gifts”; they are selected more “for promise than for performance.” The Hodder is designed to provide fellows with the “studious leisure” to undertake significant new work.

With her husband and collaborator Peter Born, Okpokwasili creates multidisciplinary projects that draw viewers into the interior lives of women of color, particularly those of African and African American women, whose stories have long been overlooked and rendered invisible. The child of immigrants from Nigeria, Okpokwasili was born and raised in the Bronx, and the histories of these places and the girls and women who inhabit them feature prominently in much of her work. Her productions are highly experimental in form, bringing together elements of dance, theater and the visual arts. Okpokwasili received a B.A. from Yale University.

Her New York productions include: "Pent-Up: A Revenge Dance," which received a 2010 New York Dance and Performance “Bessie” Award for Outstanding Production; "Bronx Gothic," which received a 2014 “Bessie” Award, and "Poor People’s TV Room." Okpokwasili frequently collaborates with award-winning director Ralph Lemon. Her performance work has been commissioned by several arts centers and she has held a number of residencies. 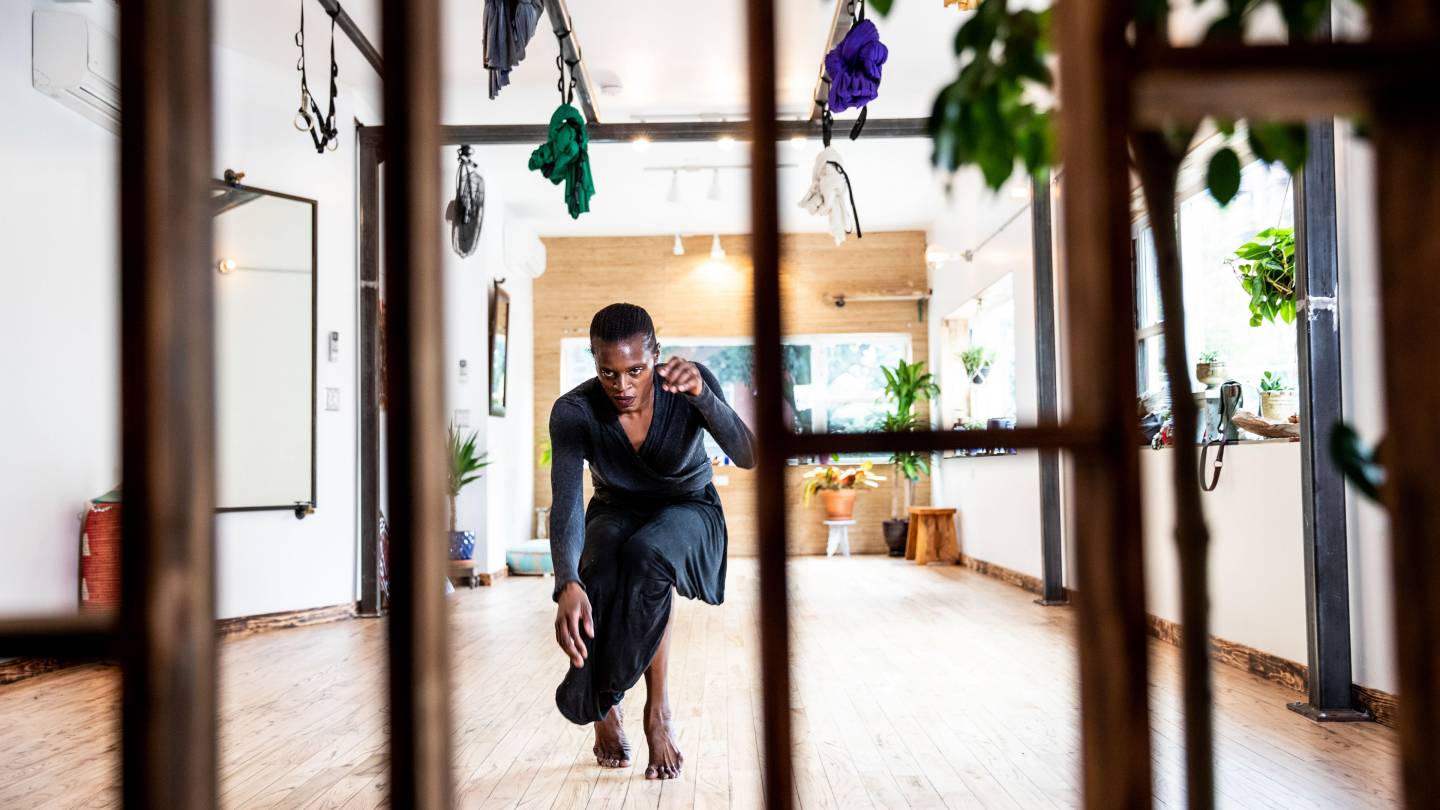