President Christopher L. Eisgruber and three Princeton faculty members are participating in the annual meeting of the World Economic Forum in Davos, Switzerland, from Jan. 20-25. The delegation will be focused on diversity and inclusion across higher education as well as Princeton’s leading role in bioengineering, data science and artificial intelligence.

Eisgruber will be joined by Emily Carter, dean of the School of Engineering and Applied Science; Cliff Brangwynne, associate professor of chemical and biological engineering; and Michael Levine, the Anthony B. Evnin ’62 Professor in Genomics.

Carter, Brangwynne, and Levine are all speaking on the panel, “The Promise and Progress of Bio-Engineering” — a timely topic for Princeton. This past year demonstrated a tremendous growth of research at the University marrying the traditional field of biology with the quantitative tools of engineering and data science.

This highly collaborative work has yielded, for example, insights into cancer, neuroscience and previously unrecognized structures in cells — all shifting our understanding of how life works while yielding insight into disease and treatments. Princeton established significant new collaborations with members of industry, such as Celgene, Microsoft and Google, resulting in, for example, the launch of a new artificial intelligence laboratory in the heart of Princeton.

Eisgruber will have the opportunity to meet with Princeton alumni and leaders across business, public policy, media, and academia. Eisgruber, who has served as Princeton’s 20th president since 2013, has led efforts to increase the representation of low-income and first-generation students at Princeton and other colleges and universities. Last year, The CBS program “60 Minutes” featured Eisgruber and several students on Princeton’s transformative efforts to increase socioeconomic diversity.

He also has been a leading voice for the value of research and liberal arts education. He has emphasized the importance of both free speech and inclusivity to Princeton’s mission; championed the University’s commitment to service; and launched initiatives to fortify Princeton’s connections to the innovation ecosystem in New Jersey and beyond.

Eisgruber is a steering committee member of the American Talent Initiative and a member of the Global University Leaders Forum of the World Economic Forum. 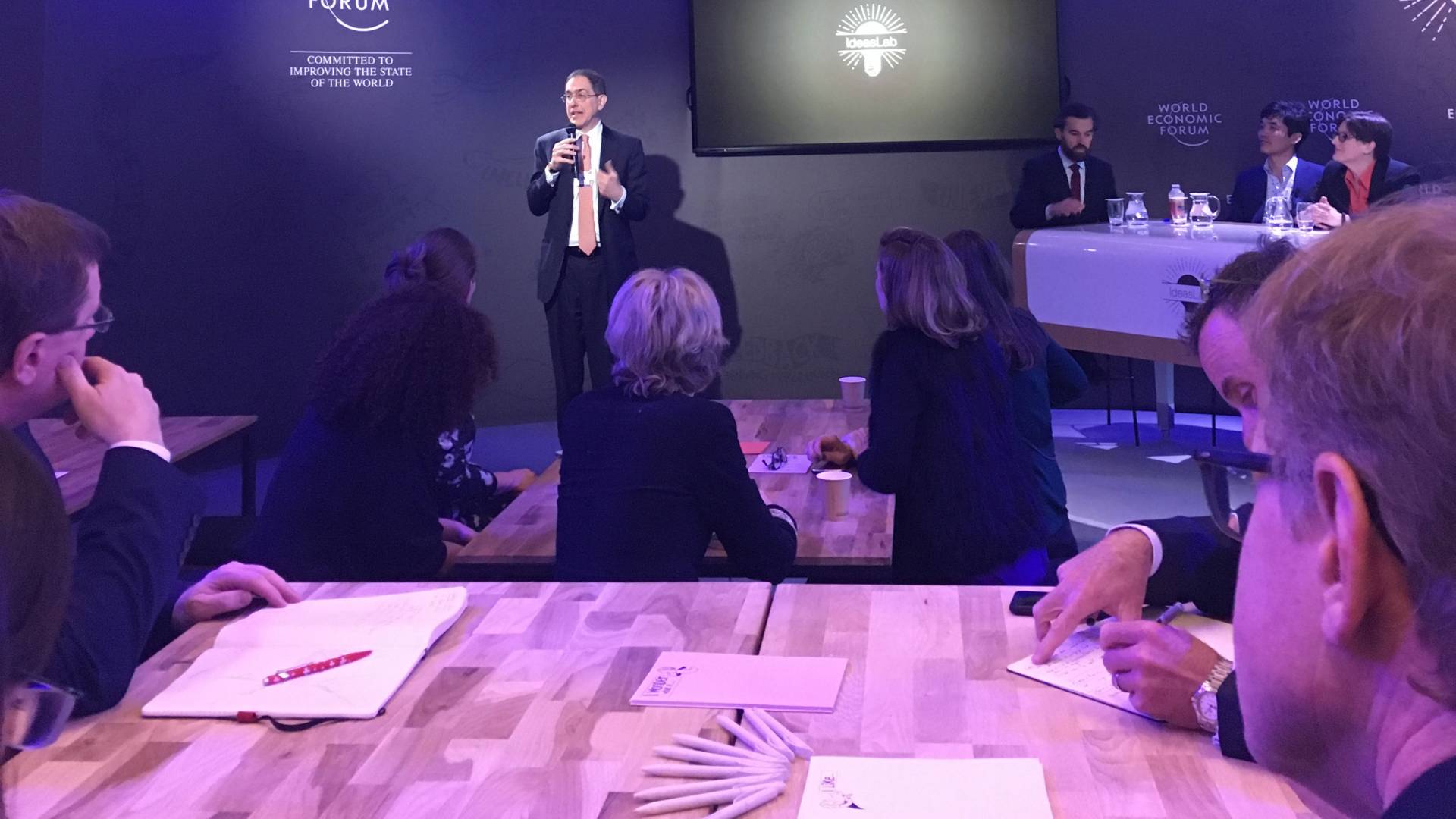 Carter has led Princeton’s engineering school since 2016. She has earned wide recognition for fundamental research contributions as well as for her vision for harnessing science and policy to produce lasting solutions to societal problems, including those of energy and the environment.

Carter, the Gerhard R. Andlinger Professor in Energy and the Environment, was the founding director of the Andlinger Center, which was established in 2008. A chief goal of the center is to translate fundamental knowledge into practical solutions that enable sustainable energy production and the protection of the environment and global climate. Carter also is a professor of mechanical and aerospace engineering and applied and computational mathematics.

Carter also oversees faculty members working in machine learning who are applying their insights to the vast data of the human genome. Decades after first being decoded, the information hidden in the human genome has continued to baffle biologists; the tools of data science are finally cracking the mystery. It is paying off for understanding cancer of many types and other diseases.

Brangwynne, who won a MacArthur Fellowship in 2018, is fascinated with how various molecules floating around within cells form ephemeral structures — essentially liquids floating in liquids. These membraneless organelles are critically important to the function of cells. The work — with collaborators across engineering and biology — has yielded not only biological insights but broadly useful tools for using light to probe and manipulate genes within cells.

Problems with the formation and maintenance of membraneless organelles have been implicated in neurodegenerative diseases such as Alzheimer’s and Huntington’s. Examining phase transitions within cells, Brangwynne has said, will bring new possibilities for engineering these processes to treat diseases.

Levine, a molecular biologist, leads Princeton’s Lewis-Sigler Institute for Integrative Genomics. His research focuses on how noncoding regions of the genome function to control the differential patterns of gene expression, both spatial and temporal, that define cell behavior.

Levine uses live-imaging and other methods to study the regulation of genes involved in the development of an organism from embryo to adulthood. He aims to reveal the secrets of how hidden pieces of the genome precisely dictate development so that each fruit fly has two wings and each human has five fingers and five toes.

His team also is exploring how the expression of genes — which genes are turned on and when — is controlled by small fragments of DNA called enhancers. The human genome is thought to have 400,000 enhancers, yet we only have about 20,000 genes, so on average, 20 enhancers control a single gene. Understanding exactly how enhancers control gene expression is a major area of study.