A delegation of Princeton faculty members — led by President Christopher L. Eisgruber and including the University’s 2015 and 2016 Nobel laureates —took part in and led discussions on major global issues at the annual meeting of the World Economic Forum that concluded Friday, Jan. 20, in Davos, Switzerland. 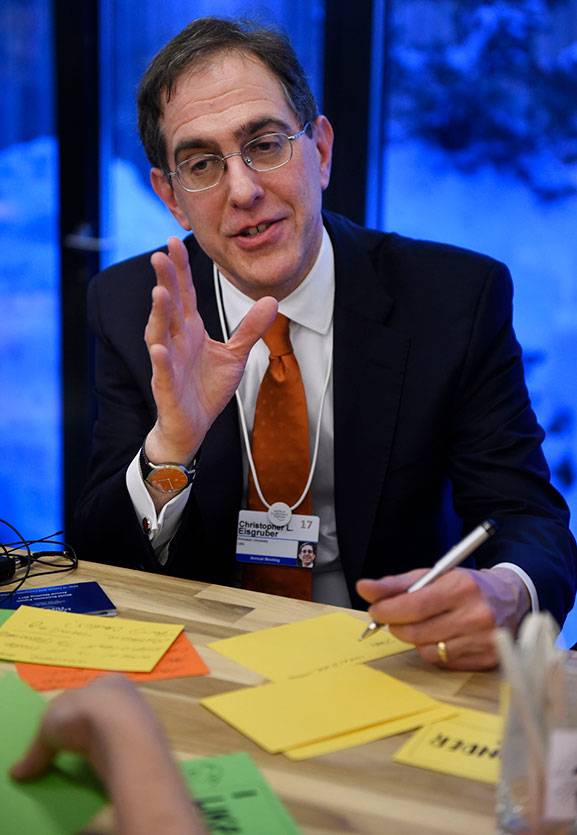 Each year, the meeting brings together leaders, scholars and practitioners from the public and private sectors to seek solutions to a broad range of world problems. Topics the Princeton faculty addressed included climate change, income inequality and public health, strengthening democracy, and technological innovation. Eisgruber participated in meetings of university leaders from around the world and hosted a "Princeton in Davos" reception for alumni, faculty, media and other conference attendees.

"Princeton has important contributions to make to discussions aimed at solving global challenges, such as the ones that took place in Davos," Eisgruber said. "The eight Princeton faculty members who participated in the annual meeting have made pathbreaking contributions to a variety of fields, and they exemplify the University’s commitment to teaching and research that make a positive difference in the world."

Taking part were Emily Carter, dean of the School of Engineering and Applied Science; Denise Mauzerall, professor of civil and environmental engineering, and public and international affairs at the Woodrow Wilson School; Guy Nordenson, professor of architecture; and Michael Oppenheimer, the Albert G. Milbank Professor of Geosciences and International Affairs and the Princeton Environmental Institute. 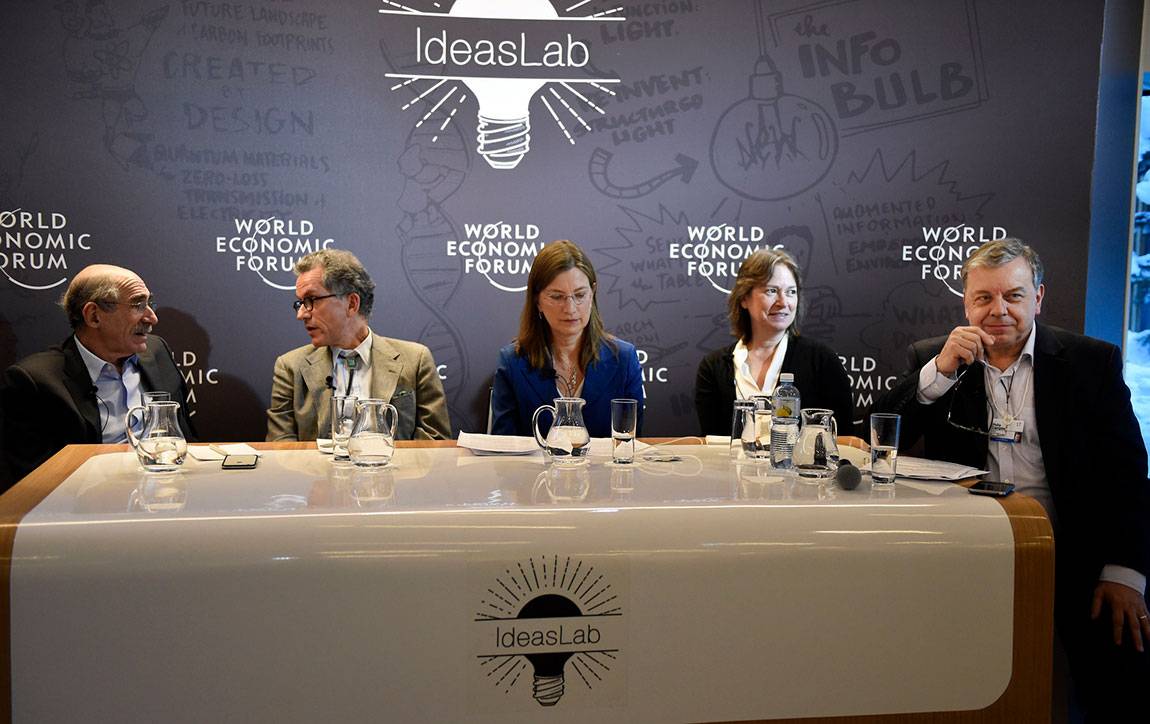 Princeton delegates were interviewed by many of the journalists covering Davos. Deaton was queried on a range of topics, including economic inequality, globalization and the new political landscape. Oppenheimer participated in a CNBC panel discussion on the future of sustainable energy. Politics professor Jan-Werner Müller spoke with several outlets, including Reuters, which also interviewed Carter live on Facebook. She also contributed a post to the Forum’s blog on how women can shatter the "glass ceiling" in their careers.

"My words of advice are these," Carter wrote. "Find work that gives your life meaning and don’t let anyone dissuade you from pursuing it. Constructive action is the best answer to prejudice. Your hard and excellent work will speak for itself."

Eisgruber's interviews included one with Yahoo! Finance in which he was asked for the state of Princeton today. "The University is very strong," Eisgruber replied. "We have the most socio-economically diverse class the University has ever admitted, and that's something we think is very important to our future and to the country's future."

He also talked about the importance of endowments to enable colleges and universities to achieve their teaching and research missions.

"From our standpoint, we feel the most important thing is to be explaining what these endowments do for colleges and universities. At Princeton, they're supporting our financial aid program. It's more affordable to be a Princeton student today than when I was a student there," said Eisgruber, a graduate of the Class of 1983. "It's more affordable for most students to go to a place like Princeton University than it is to go to their local state university because that endowment is paying for half of what the college or university does." 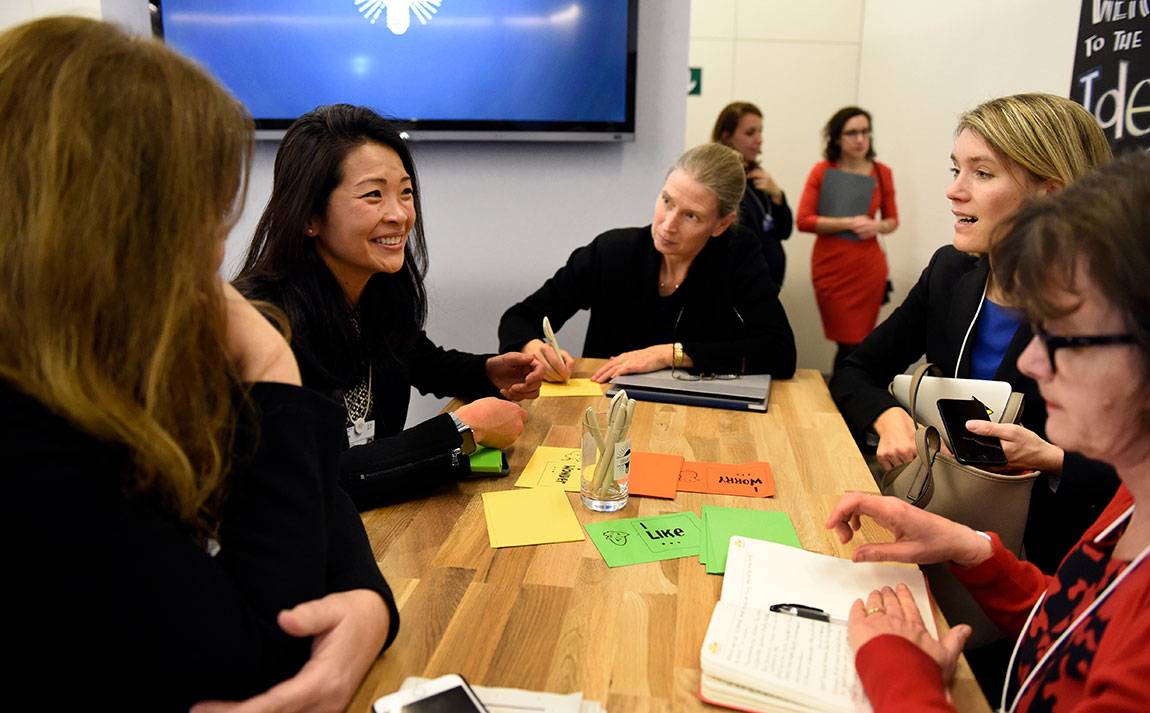 Lynn Loo (left), director of Princeton's Andlinger Center for Energy and the Environment, participates in an "Ideas Lab" discussion on climate change at the annual World Economic Forum in Davos.

As part of the official World Economic Forum program, Duncan Haldane, the 2016 Nobel laureate in physics and the Eugene Higgins Professor of Physics, discussed his journey of scientific discovery and joined other science laureates at a panel on "Improving the State of the World." Deaton participated in a similar event featuring economics laureates, and also shared his expertise in sessions on combating inequality and raising life expectancy and expectations.

Lynn Loo, director of the Andlinger Center for Energy and the Environment and a World Economic Forum Young Global Leader, participated in a dinner discussion, "Beyond the Possible," with scientists, technologists and artists on turning science fiction into fact. Loo also participated in a "Breakfast Influencer" panel on energy technology and women in technology.

Oppenheimer, Nordenson, Mauzerall and Carter also gave solo presentations on the topics they presented in the "IdeasLab" panel.