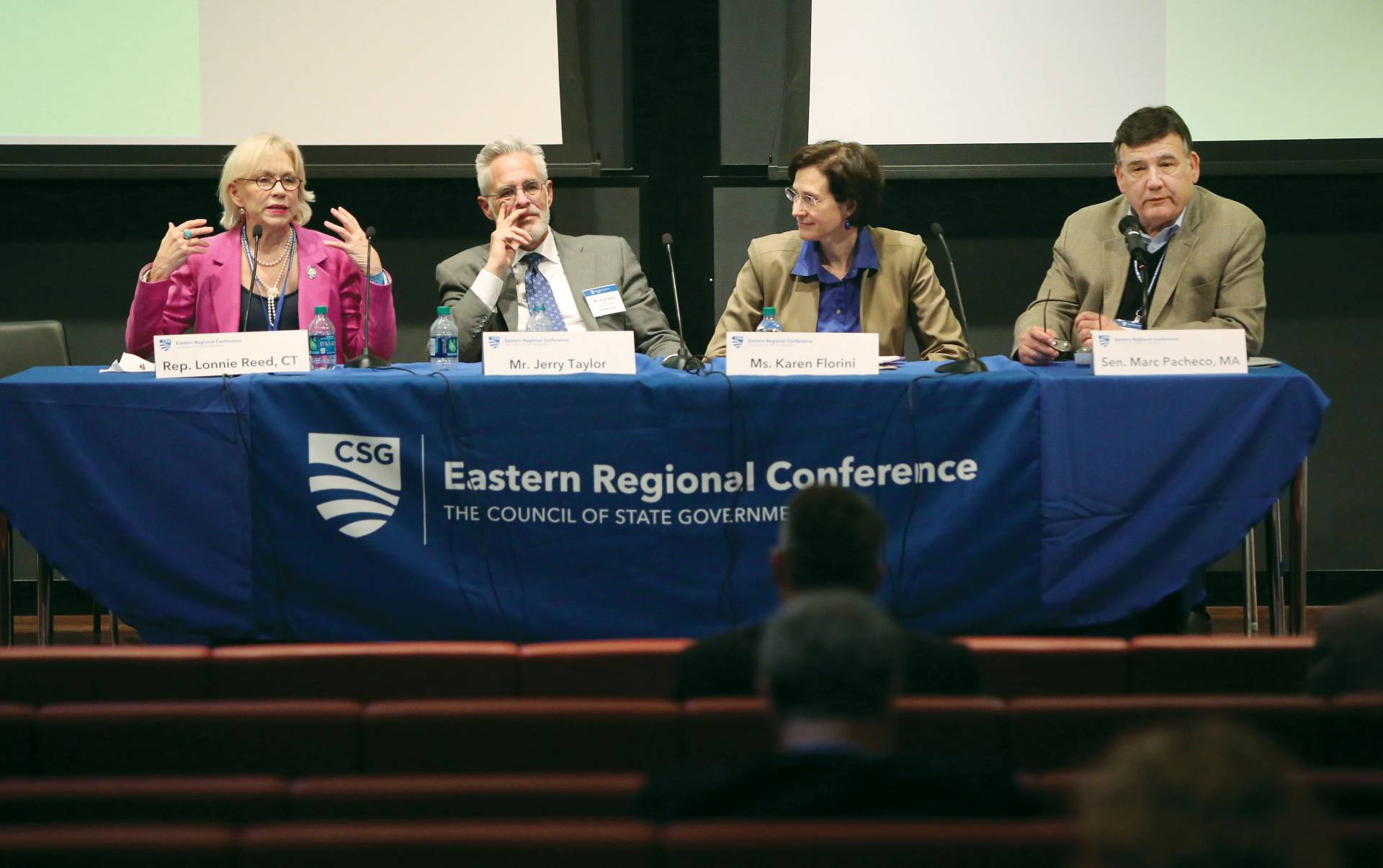 The “Northeastern Legislative Climate and Energy Summit: Promoting the Environment, Public Health and a Sustainable Energy Future” featured a day-long program with lawmakers, industry experts and Princeton faculty members. A series of discussions highlighted a variety of issues relating to sustainable energy technologies and policies. The event was organized by the Council of State Governments Eastern Regional Conference with support from the Andlinger Center and Princeton's Office of Public Affairs.

“I’m super hopeful that with the discussions and with everybody here today that we can articulate measures to move the needle on some of these very pressing issues on energy and the climate, especially in the state of New Jersey,” said Yueh-Lin (Lynn) Loo, director of the Andlinger Center, as she welcomed the summit’s 70 registered participants, as well as students and faculty, who gathered in Maeder Hall Auditorium. 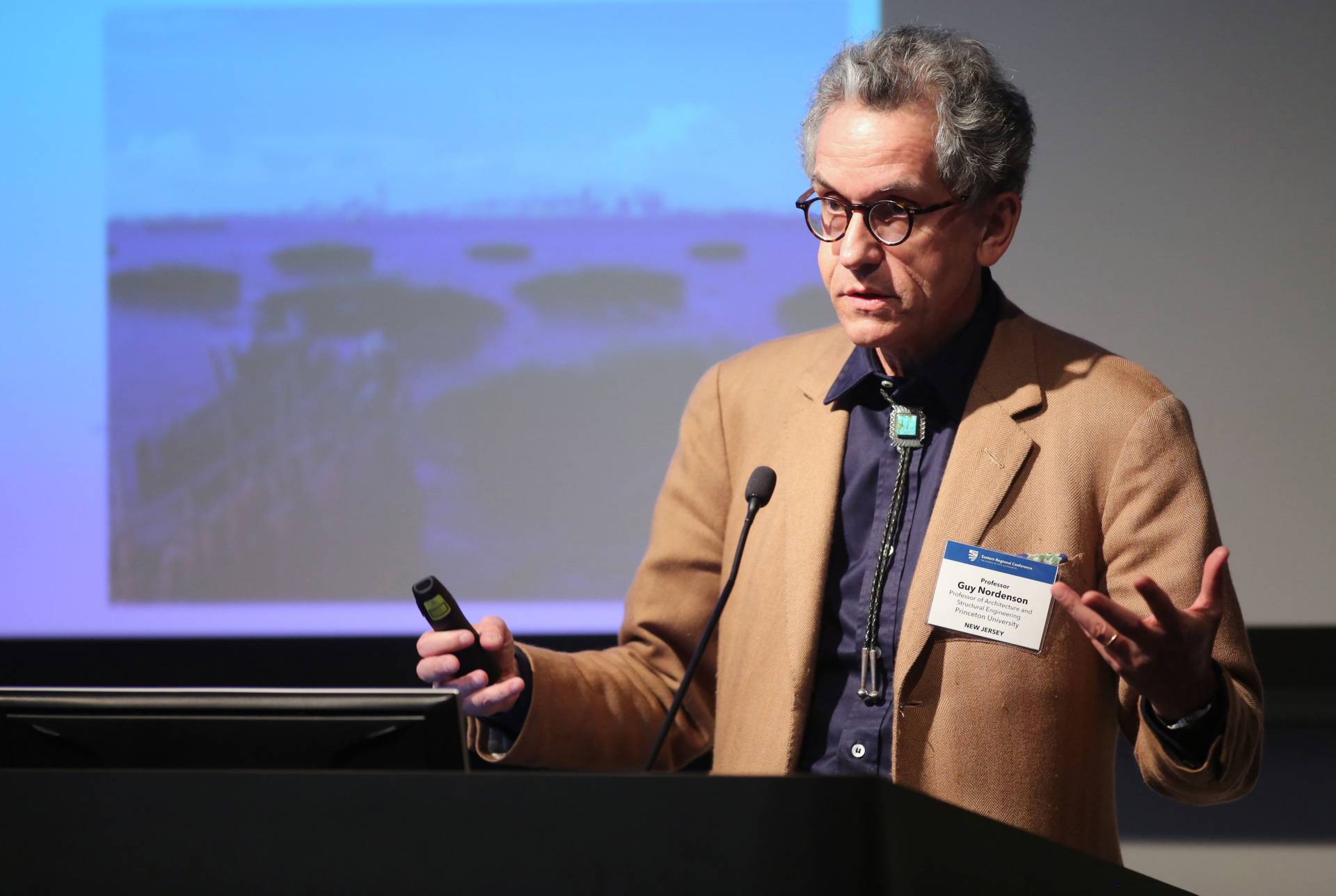 Loo, the Theodora D. ’78 and William H. Walton III ’74 Professor in Engineering and professor of chemical and biological engineering, said she sees the Andlinger Center playing a key role in convening stakeholders at the intersection of technology innovation, public policy, market forces and human behavior — all needed for a more sustainable energy system.

Socolow gave an overview of the promise and challenges of achieving a low-carbon energy system in the Northeast and discussed ways to incentivize carbon reduction. The Northeast, he said, has “a globally impressive wind resource,” pointing to a map indicating significant wind intensity from South Carolina through Maine.

“The Northeast of the U.S. is taking low-carbon energy more seriously than ever before,” Socolow said in an interview. “There are a wide range of opportunities, notably in energy efficiency and in offshore wind. More will be achieved if the states work together, and this summit is a big step toward this end.” 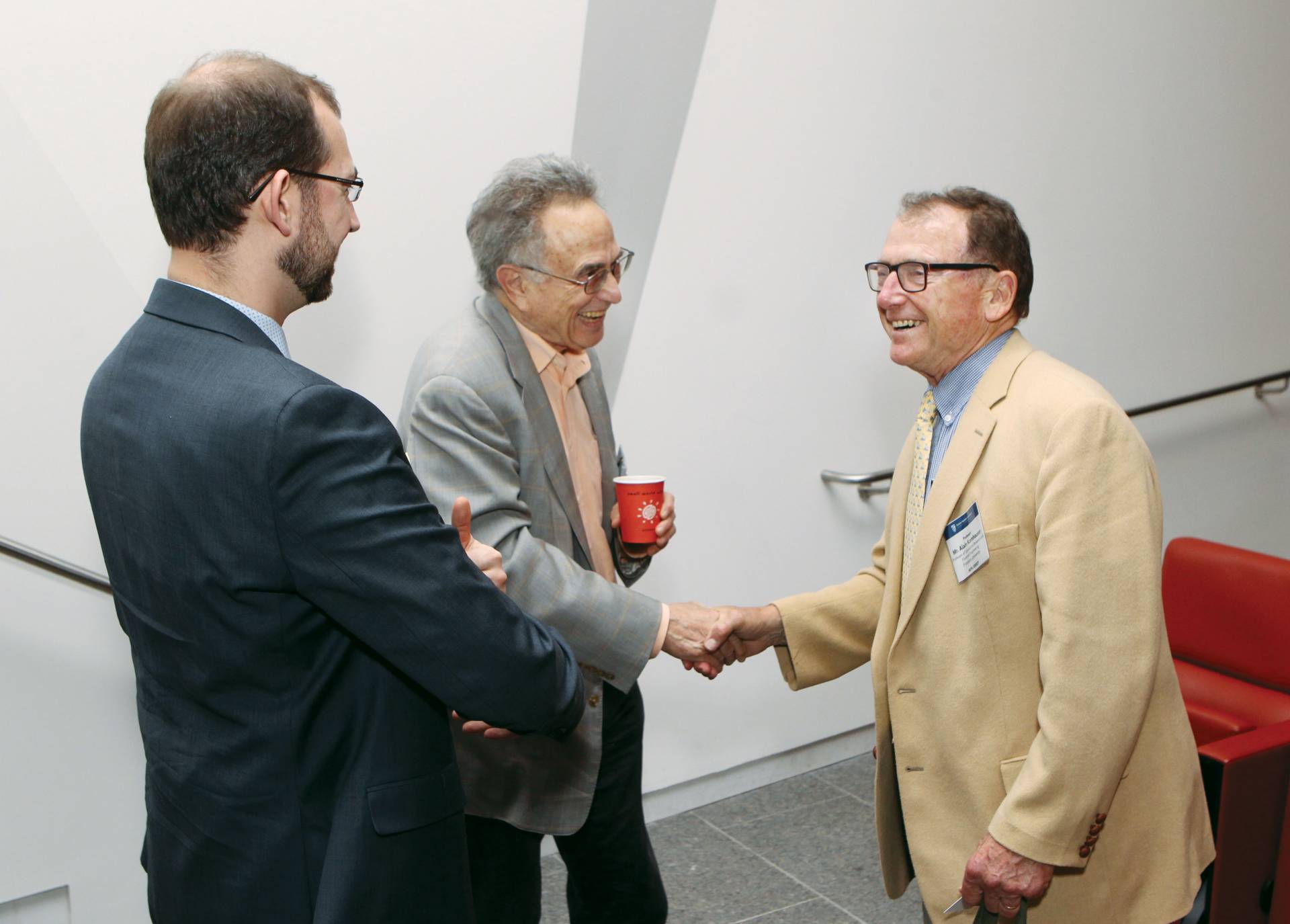 Panels covered topics including the future of nuclear power, which comprises about a third of the energy supply in the Northeast, and provides 90 percent of the non-fossil energy in New Jersey (with the rest being solar and wind), to ways to evolve the business model of utilities as energy sources change. Panelists also discussed promoting innovative transportation technologies, building resilience for coastal communities, and improving communications around climate change in order to expand legislative and public support. An up-to-the-moment topic included two bills that passed the New Jersey legislature on April 12, requiring an increase in the state's fraction of renewable energy to 50 percent by 2030 and also providing a subsidy for existing nuclear power plants.

Lunch breakout sessions allowed attendees to learn from Princeton researchers about their work at the Andlinger Center.

Among panelists from state governments across the Northeast, the audience heard from Princeton faculty members Alain Kornhauser, professor of operations research and financial engineering, who spoke about innovative transportation technologies, and Guy Nordenson, professor of architecture, who spoke about engineering and architectural approaches to making coastal communities more resilient to extreme weather. 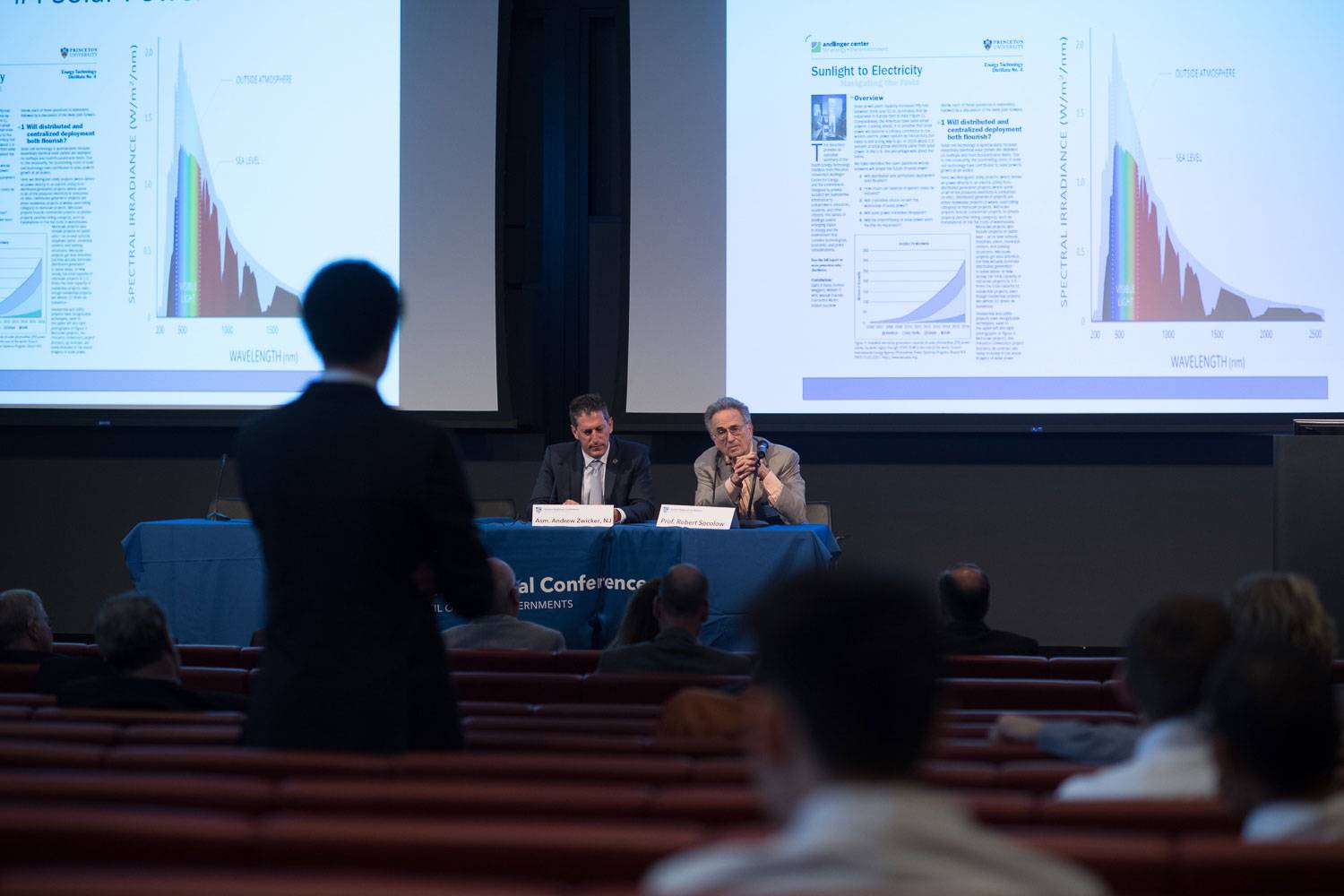 State Assemblyman Andrew Zwicker, left, who chairs the assembly’s science, innovation and technology committee, introduced Socolow, who gave an overview of the promise and challenges of achieving a low-carbon energy system in the Northeast and discussed ways to incentivize carbon reduction.

Massachusetts State Sen. Marc Pacheco, senate president pro tempore, said state officials in attendance especially welcomed “the opportunity to hear from academic leaders in the Princeton community who have performed cutting-edge research on the technologies and strategies that could help the world avoid catastrophic climate change.”

Pacheco, founding chair of the Massachusetts Senate Committee on Global Warming and Climate Change, moderated two afternoon sessions. Many officials at the summit have sponsored legislation in their states to decarbonize the energy system and develop plans to better prepare their communities for the impact of severe weather, he said.

“This has become critical in the wake of Superstorm Sandy and other severe storms that have hit our region in recent years,” Pacheco said. “Convening multidisciplinary discussions with experts from academia, the private sector and government fosters the type of creative thinking that can lead to innovative policies that benefit a wide range of communities.”