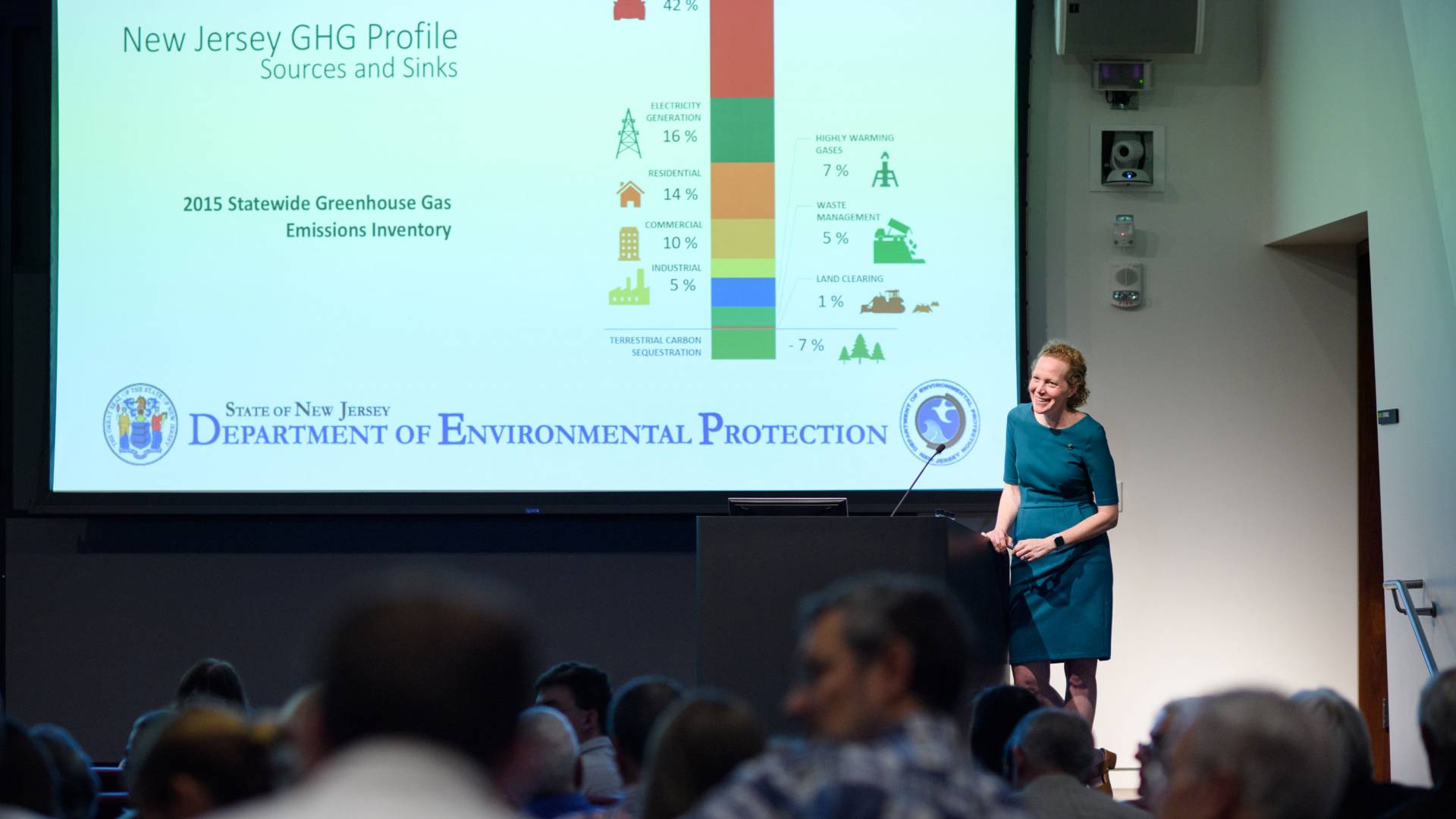 Debbie Mans, deputy commissioner of the New Jersey Department of Environmental Protection, kicks off the two-day “Accelerating Climate Action in the United States” conference with a public lecture on Sept. 20 at the Andlinger Center for Energy and the Environment.

“We’re not looking at Sandy as just some part of our history, but something that we know will happen again unless we take action,” said Murphy, who plays a key role in the governor’s administration on climate and environmental policy. “We are accepting the challenge that climate change has presented. We are committed to making this state the magnet for innovative solutions.” 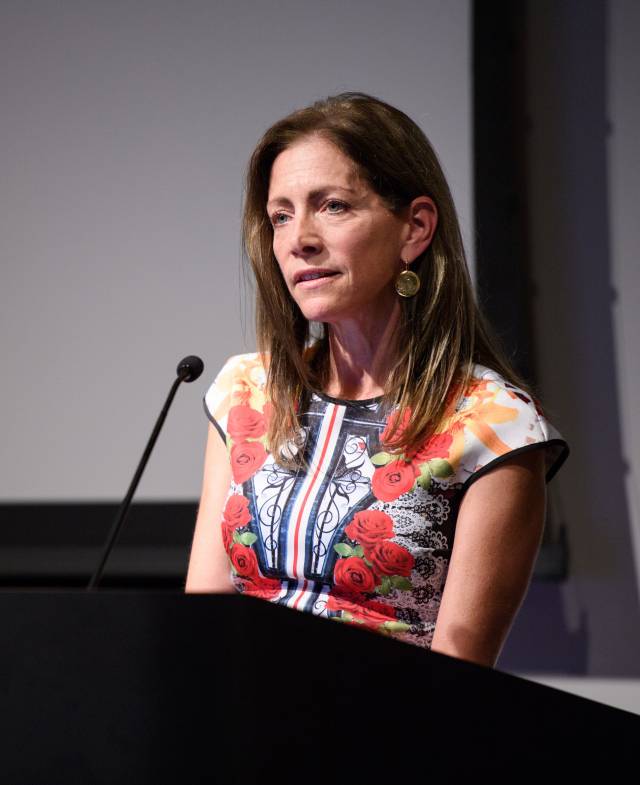 The lesson of the 2012 hurricane, written in wrecked homes and smashed businesses, was a central theme throughout Murphy’s address. It echoed the mission of the conference, hosted by Princeton’s Andlinger Center for Energy and the Environment, to come together around solutions and motivate action.

“Our future, economically and, yes literally, relies on us embracing new ways of doing things that will lead to a new prosperity,” said Murphy. “We can’t tackle the challenges of the 21st century with a 19th-century mindset.”

Murphy, who is a charter member of Al Gore’s Climate Reality Action Fund, said new thinking will be key to the state’s ability to survive and prosper in a changing climate. She spoke about the state’s plan to create new jobs and add economic vitality through projects including off-shore wind farms and better rail access to New York City. She also noted that pushing solutions out from the top-down will not be the tactic. Instead, communities and institutions like Princeton can play a vital role in fostering discussions that lead to solutions.

“Our broader goal is not just for New Jersey to be the place where new ideas in the fight against climate change are implemented, but where they are conceived and perfected,” she said.

The conference, “Accelerating Climate Action in the United States: What are we doing and what more can be done?” offered a platform to discuss and develop new ideas among scientific, government and community groups. The two-day event featured panels on the role of technological innovation, market forces, public policy and behavioral science in combating climate change. It focused on the power and transportation sectors, the two largest sources of U.S. greenhouse gas emissions.

Debbie Mans, deputy commissioner of the New Jersey Department of Environmental Protection, kicked off the conference Sept. 20 with a public lecture about the state’s environmental priorities.

Other speakers included representatives from Siemens, Citigroup, the Brookings Institution, Volvo and the Regional Plan Association. The 25 panelists discussed topics spanning improvements in power generation to the environmental impact of autonomous vehicles. 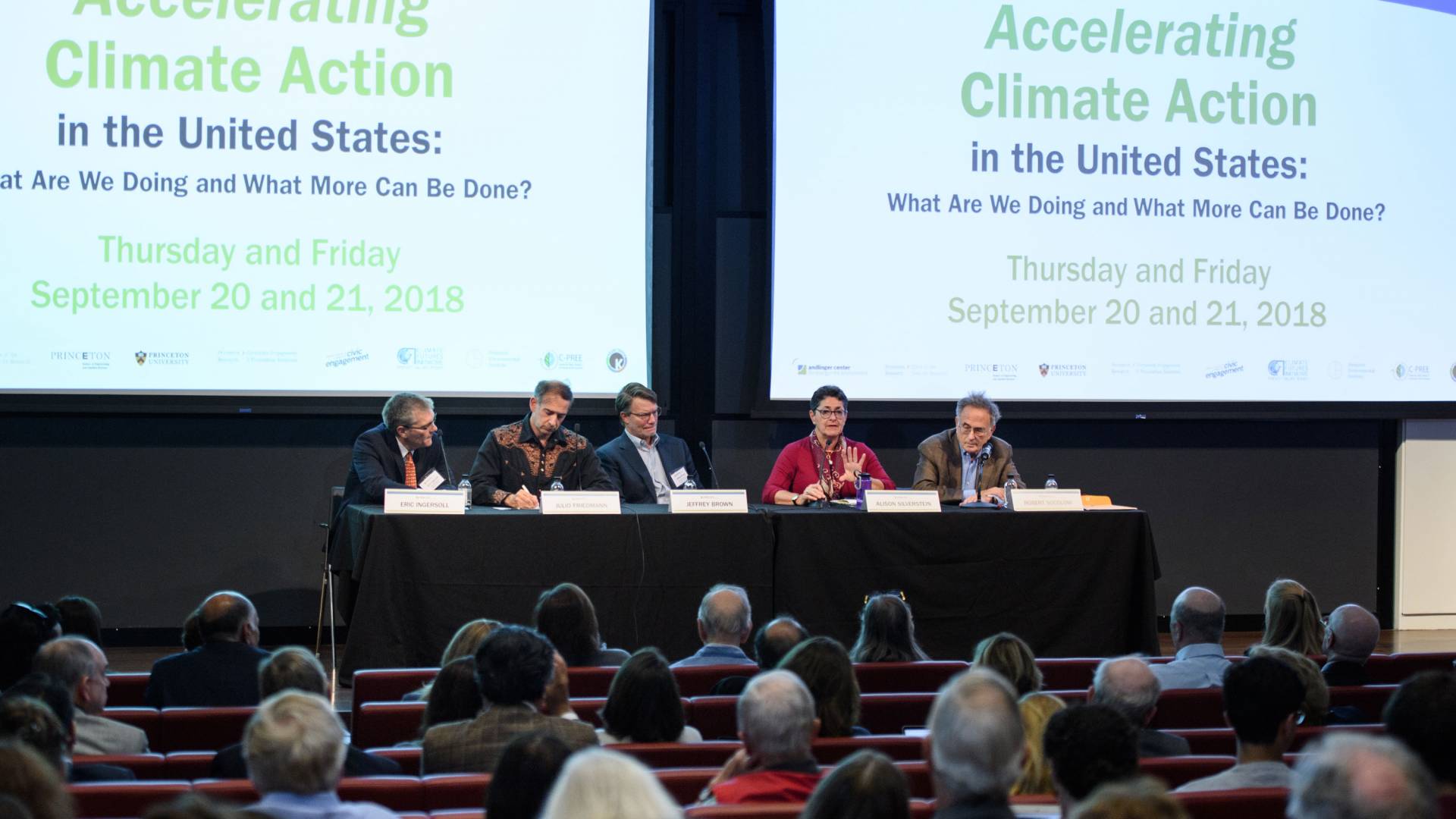 Panelists discuss sparking climate action in the power sector. The conference featured panels and talks on how to reduce greenhouse gas emissions in the energy and transportation industries.

The conference was organized by Judi Greenwald, the center’s inaugural Gerhard R. Andlinger Visiting Fellow in Energy and the Environment, a program in which seasoned professionals in energy and the environment are invited to teach and conduct research at the center. Greenwald, a former energy department deputy director and senior adviser to the secretary on climate change, said she hoped the conference sparked new connections.

“Leadership and bold conversations with a singular focus on emissions reductions are critical,” Greenwald said. “It's through forums like these, with all of the players in the room getting into the nitty-gritty that change is ultimately made."

Yueh-Lin (Lynn) Loo, director of the Andlinger Center, agreed that all sectors — industry, government, academia and communities and businesses — need to work together to add their insights to the overall effort and create partnerships and initiatives that reduce greenhouse gas emissions. 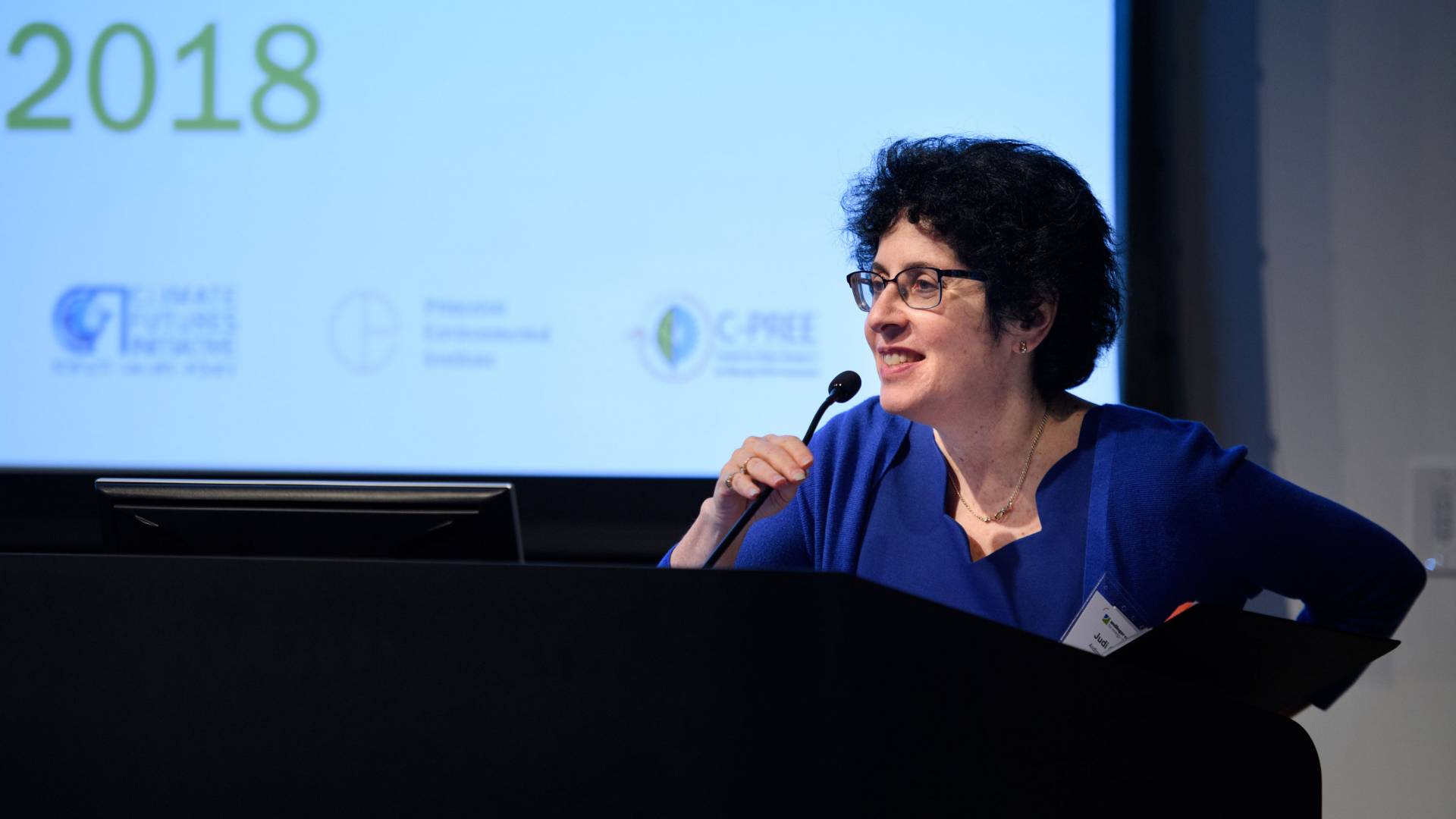 “This conference gathered stakeholders together to motivate action by sharing what’s worked and what hasn’t so that challenges  in reducing emissions become opportunities,” said Loo, the Theodora D. ’78 and William H. Walton III ’74 Professor in Engineering.

The conference left the audience with an ask of what they — both as individuals and as representatives of their sectors — can do to better manage resources, support important policies, and act strategically to mitigate the energy and environmental challenges of today and of the future.

“Accelerating Climate Action in the United States” was co-sponsored by Princeton’s School of Engineering and Applied Science, Office of the Dean for Research, Center for Policy Research on Energy and the Environment, Pace Center for Civic Engagement, Keller Center for Innovation in Engineering Education, Corporate Engagement and Foundation Relations, Princeton Environmental Institute, and Climate Futures Initiative.