A tool that uses light to manipulate matter inside living cells has begun to explain how proteins assemble into different liquid and gel-like solid states, a key to understanding many critical cellular operations.

Marvels of complexity, cells host many thousands of simultaneous chemical reactions. Some reactions happen inside specialized compartments, called organelles. Certain organelles, however, lack any membrane to wall themselves off from the rest of the matter floating within cells. These membrane-less organelles somehow persist as self-contained structures amidst a cellular sea of water, proteins, nucleic acids and other molecules. 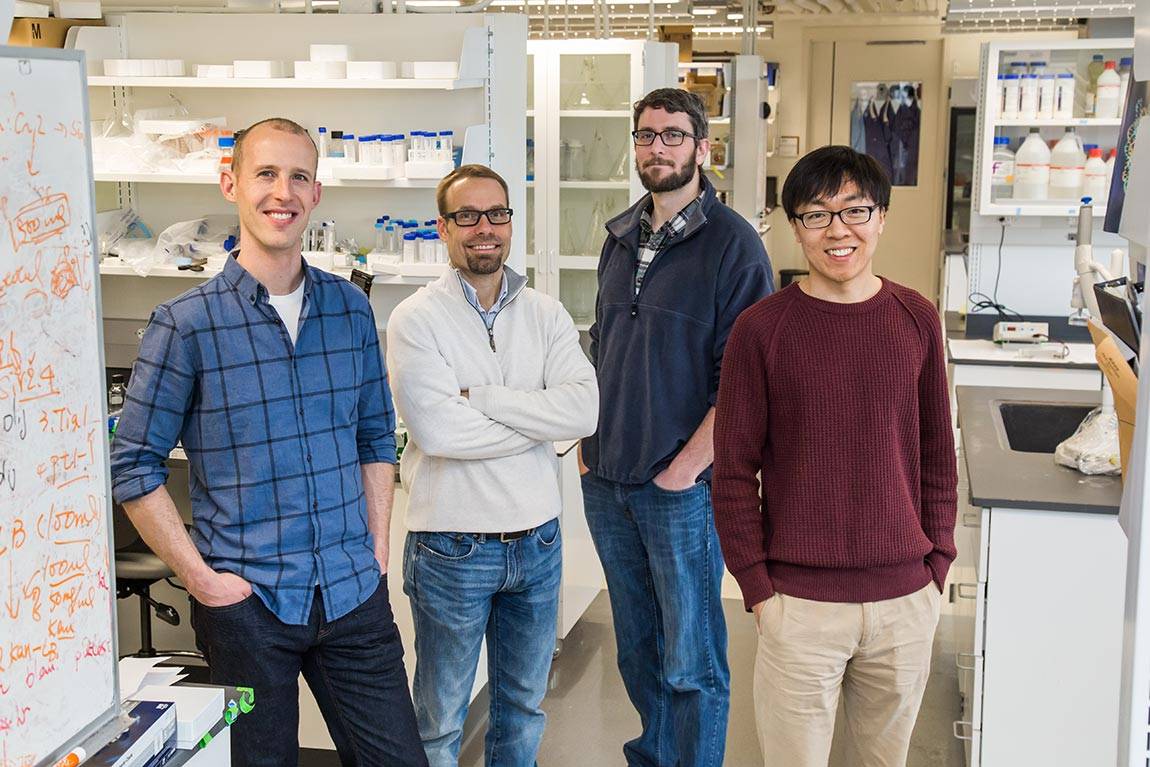 Scientists at Princeton University have developed a new tool — dubbed optoDroplet — that offers unprecedented access to manipulating and understanding the chemistry that allows membraneless organelles to function.

"This optoDroplet tool is starting to allow us to dissect the rules of physics and chemistry that govern the self-assembly of membraneless organelles," said Clifford Brangwynne, an assistant professor of chemical and biological engineering at Princeton and senior author of a paper published online in Cell on Dec. 29, 2016. "The basic mechanisms underlying this process are very poorly understood, and if we get a handle on it, there might be a hope for developing interventions and treatments for devastating diseases connected with protein aggregation, such as ALS."

Previous research has demonstrated that membraneless organelles assemble within the cell by a process known as a phase transition: examples of familiar phase transitions include water vapor condensing into dew droplets or liquid water freezing into solid ice. Studies over the last several years by Brangwynne and colleagues have revealed that altering the concentration of certain proteins, or modifying their structure, appears to trigger a phase change that allows proteins to condense into droplet-like organelles.

To date, though, most studies have used purified proteins studied in test tubes, and researchers have had few methods to study phase transitions in the frenetic dynamos that are living cells. OptoDroplets will help scientists learn about when phase transitions go awry, yielding solid-like gels and crystalline aggregates of proteins implicated in diseases including Alzheimer's and amyotrophic lateral sclerosis (ALS).

OptoDroplet relies on a technique called optogenetics, involving proteins whose behavior can be altered by exposure to light. (Cells are mostly water and thus essentially transparent.) The researchers showed that they could induce phase transitions and create membraneless organelles by switching on the light-activated proteins. They also could undo the transitions by simply turning the light off. Increasing the light intensity and protein concentrations allowed the researchers to further control the transition. By changing those inputs, they can determine when condensed liquid protein droplets form, as well as solid-like, protein aggregates, possibly linked to diseases.

"OptoDroplet provides us a level of control we can use to precisely map what we call the phase diagram in living cells," said Brangwynne. "With that, we're beginning to understand how cells use their natural machinery to move through this intracellular phase diagram to assemble different types of organelles."

The tool created at Princeton uses light to control and understand how certain proteins assemble into important functional components within cells. In this image protein droplets appear as white dots as a cell is exposed to varying levels of light from a laser. (Image courtesy of Clifford Brangwynne lab)

The lead author of the paper is Yongdae Shin, a postdoctoral fellow in Brangwynne's Soft Living Matter Group, part of Princeton's Department of Chemical and Biological Engineering. Co-authors Joel Berry and Mikko Haataja of the Department of Mechanical and Aerospace Engineering helped develop mathematical models for understanding the intracellular phase behavior, while Nicole Pannucci and Jared Toettcher of the Department of Molecular Biology are experts in optogenetics and helped guide the molecular design of the optoDroplet proteins. The work was supported in part by the National Institutes of Health and the National Science Foundation.

Using mouse and human cells, the research team spliced in a gene for a light-sensitive protein from a plant called a mouse-ear cress (or Arabidopsis thaliana,) a mainstay of genetics research related to cabbage and mustard. Blue light exposure causes the protein to self-associate, scrunching up on itself.

The light-sensitive tag was fused to protein components thought to drive phase transitions in living cells. Using the light, the researchers found that they could induce the proteins to huddle up, mimicking the condensation process that naturally occurs in cells. "To use the analogy of water vapor, you can think of what we did as using a laser to locally change the temperature of some area of the air so that water droplets would condense out of it," said Brangwynne.

The team repeatedly prompted the proteins to condense and then dissolve by turning the light on and off. The process proved fully reversible, even after many cycles. However, with high-intensity light or high concentrations of proteins, the researchers created semi-solid gels. Those gels were initially reversible, but over time they solidified to form irreversible lumpy aggregates, similar to those found in some diseases.

"We've shown with optoDroplet that we can readily assemble and disassemble phase-separated liquids, and they do not appear to cause any problem for the cell," said Brangwynne. "But the gel-like assemblies appear to be more problematic, since over many cycles, they develop into persistent aggregates that the cell can no longer deal with and that can start to gum up healthy biological processes."

One example is the protein called FUS. The FUS protein is critical for the cell's operations; it helps produce other proteins and repair damaged DNA. But scores of genetic mutations can cause the FUS protein to become too sticky, leading to ALS, also known as Lou Gehrig's disease. A neurological condition in which patients lose the ability to voluntarily control their muscles, ALS is marked by clumps of protein accumulating in nerve cells. Those clumps might stem from FUS or other proteins pathologically aggregating, instead of staying as dynamic fluid droplets. Huntington's disease and Alzheimer's also involve clumps of proteins clogging up cells, again suggesting that abnormal phase transitions in cells are closely connected with these conditions.

Edward Lemke, a researcher at the European Molecular Biology Laboratory in Heidelberg, Germany, who was not involved in the Cell study, noted the promise of optoDroplet.

"The proteins targeted by optoDroplet are an important constituent of phase-separating proteins, many of which are also associated with infamous diseases," Lemke said. "The optoDroplet system gives access to modulating the state of these proteins inside the cell in a minimally invasive and highly controlled fashion, so it can provide new insights on how they carry out their function."

"This is fundamental science we're doing, answering basic questions about phase transitions in cells," Brangwynne said. "But we're hoping these insights will reveal not only how healthy cells work, but also how they can become diseased, and maybe eventually cured."