By Yasemin Saplakoglu for the Office of the Dean for Research

Researchers in the laboratory of Mike Levine are studying the genes involved in fruit fly development using live-imaging techniques. Genes labeled with fluorescent dyes flicker on and off, eventually creating sections that  differentiate into different parts of the insect’s body.

Molecular biologist Mike Levine likes to recall his childhood when he talks about the reason he came to Princeton. “I grew up near Hollywood and I always loved movies as a kid, so when I saw that Princeton scientists were capturing videos of gene expression in living organisms, it personally resonated with me.”

Levine uses live-imaging and other methods to study the regulation of genes involved in the development of an organism from embryo to adulthood. He aims to reveal the secrets of how hidden pieces of the genome precisely dictate development so that each fruit fly has two wings and each human has five fingers and five toes. 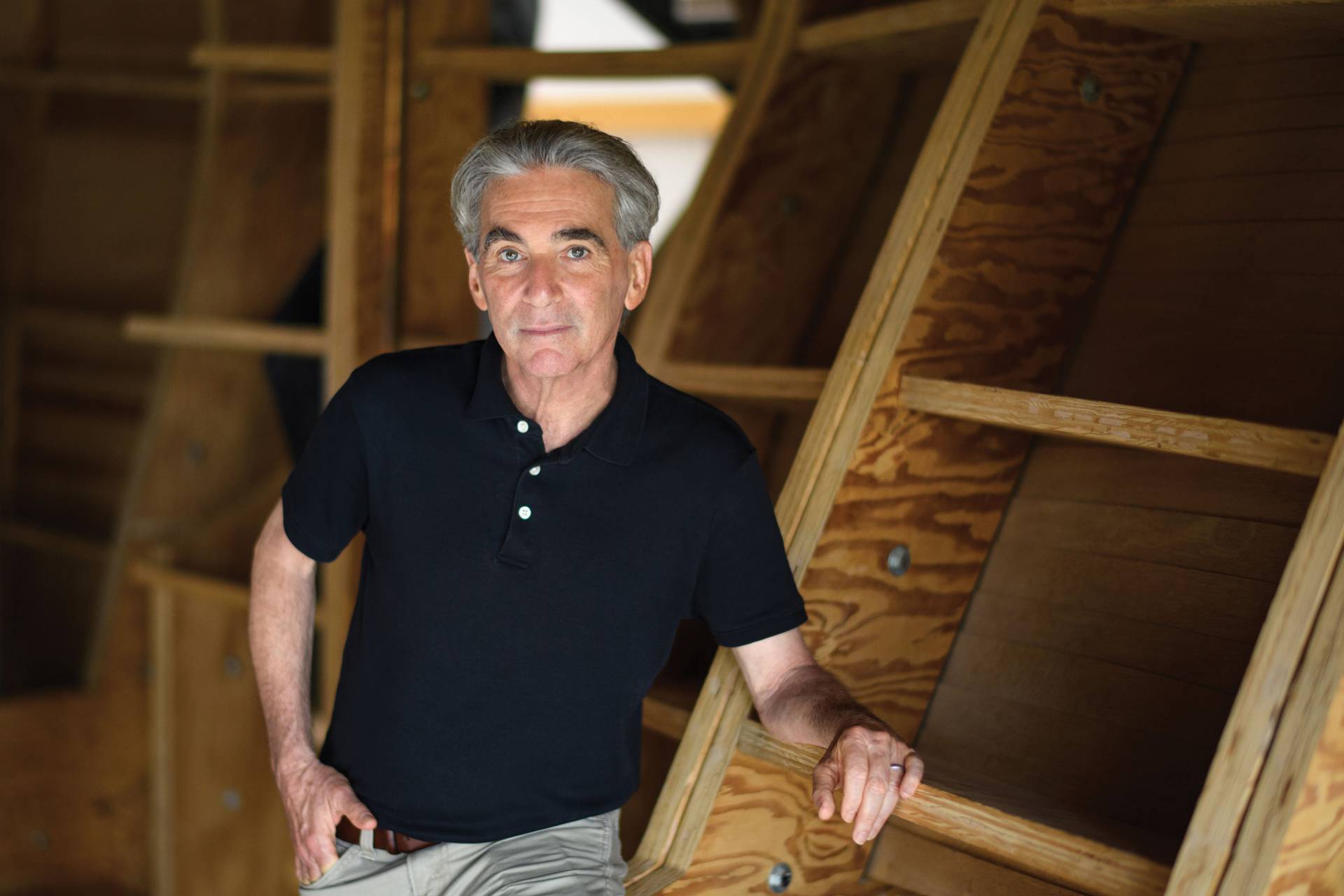 Live-imaging makes it possible to see genes in action, Levine said, sitting in his office at Princeton, where he is director of the Lewis-Sigler Institute for Integrative Genomics. He points to a video of a fruit fly in the very early stages of life. Within the football-shaped embryo, the genes, labeled with fluorescent dyes, flicker on and off, eventually creating seven segmentations across the organism. Each section will differentiate into a different part of the insect’s body. “This is a very magical period where the genes are creating the blueprint of an adult fly,” he said.

This flickering effect occurs due to bursts of activity when genes are repeatedly turned on and off within a couple of minutes. Levine, the Anthony B. Evnin ’62 Professor in Genomics and professor of molecular biology, and his team use the fly to explore how and why gene expression occurs in staccato bursts rather than smoothly, as was once thought. Many of the genes responsible for fly development were identified by Princeton’s Eric Wieschaus, a Nobel laureate and the Squibb Professor in Molecular Biology, professor of molecular biology and the Lewis-Sigler Institute for Integrative Genomics.

Levine, who joined the Princeton faculty in 2015, previously studied development in the fruit fly, a widely utilized model for higher forms of life, for nearly two decades at the University of California-Berkeley. Most of those studies involved taking snapshots of the fruit fly’s growth at various times. Now, he uses the imaging technique developed by Princeton pioneers Elizabeth Gavis, the Damon B. Pfeiffer Professor in the Life Sciences and professor of molecular biology, and Thomas Gregor, associate professor of physics and the Lewis-Sigler Institute for Integrative Genomics, to capture live footage of gene expression.

In recent work, Levine and two postdoctoral research fellows in his lab, Takashi Fukaya and Bomyi Lim, discovered that gene activity is correlated with the frequency of bursts. The team is now exploring how the expression of genes — which genes are turned on and when — is controlled by small fragments of DNA called enhancers.

“Some people call enhancers the dark matter of the genome,” Levine said. “Here we are, 36 years after enhancers were first discovered, and we’re still not sure how they work.”

Levine’s team found that some enhancers led to many bursts, whereas others led to only a few bursts, which points to their important role in gene control. Further, they found that enhancers could activate multiple genes at the same time, a finding they published in 2016 in the journal Cell, with support from the National Institutes of Health. That finding contradicted a widely accepted model of how enhancers work.

In this widely known model, the enhancer — sometimes near and sometimes very far from the gene it controls — physically loops over and latches onto the DNA, hangs around a bit to start gene expression, and then comes off and prepares for the next burst.

But the enhancer can activate multiple genes at once, so Levine and his group proposed a new model that instead involves a “hub” containing multiple proteins. In their model, the enhancer stimulates the hub to release the proteins responsible for gene activation.

Levine’s team is working on validating this model using techniques including those developed at Princeton, and he sees imaging as transforming how researchers study gene expression. “You get a different view of what is going on,” he said. “There is something about a movie that connects with the human brain.”