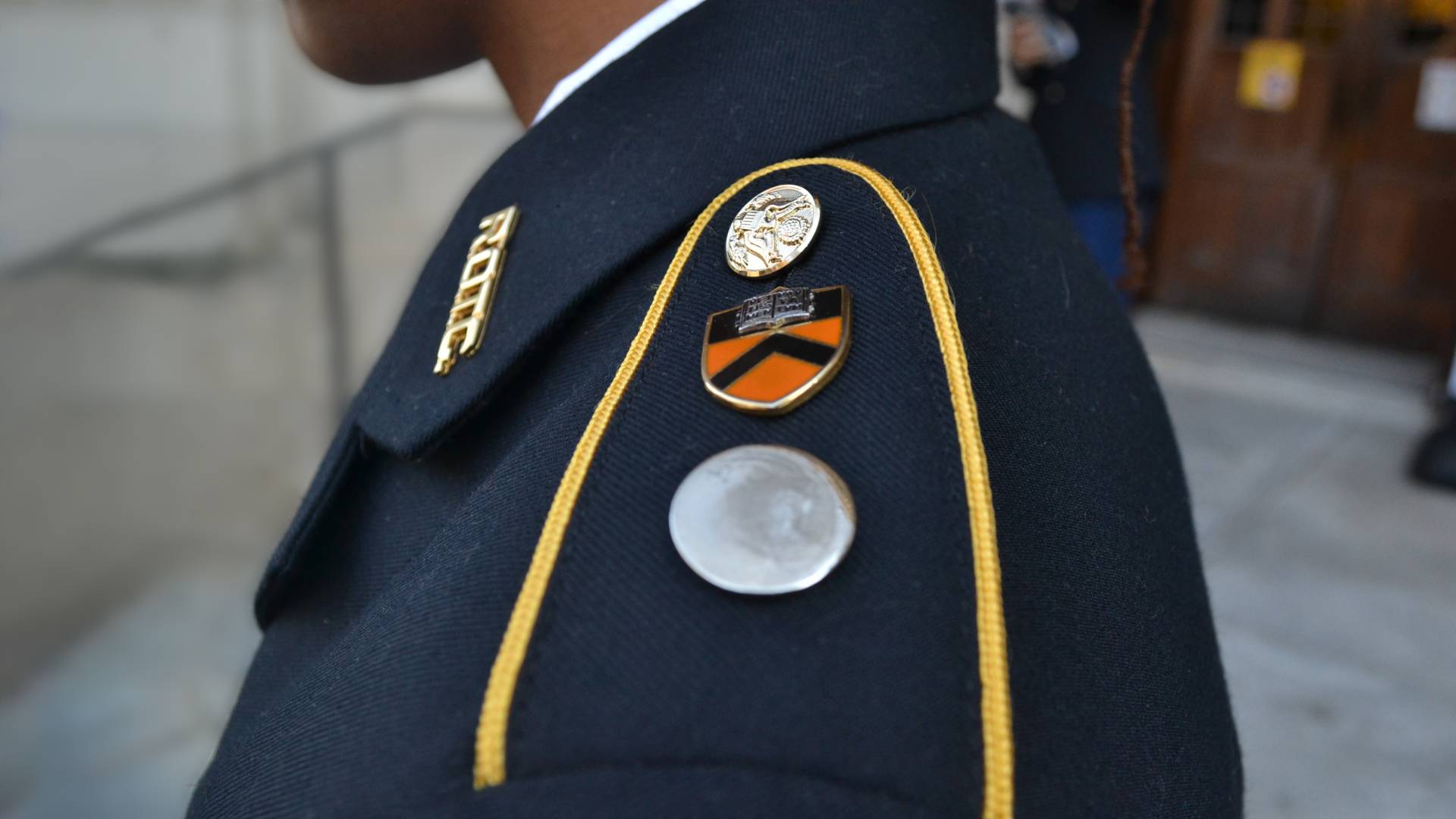 The growing community of Princeton undergraduate veterans will have a new space on campus where they can connect with and support each other, the Veterans Lounge, opening soon in McCosh Hall.

The lounge shows “a tangible commitment by the University addressing the need for this community,” said Kaller Roemer, Class of 2023. It is part of the University’s effort to enroll and support more undergraduates who have served in the military.

Roemer is the current leader of Princeton Student Veterans and also president of the Ivy League Veterans Council, a nonprofit focused on veteran enrollment at elite academic institutions around the country. “The transition from the military is not an easy time,” he said. “Veterans need to lean on each other through difficulties, and having a physical space for veterans to gather is key in creating a community of support.”

Roemer was on the roster of the speakers at today’s Veterans Day Service in the University Chapel along with Mayor Mark Freda of Princeton and Kam Amirzafari of The Spirit of Princeton. The event was open to members of the local and University communities.

In fall 2016, Princeton had one veteran enrolled as an undergraduate. This year, there are 26 veteran undergraduates, and eight veterans graduated last spring with the Class of 2021.

“Our student veteran community has really hit its stride,” said Keith Shaw, director of Transfer, Veteran and Non-Traditional Student Programs. “As their numbers have grown, the students have also become more tight-knit, and as an adviser it’s been great to watch the juniors and seniors go out of their way to support and mentor our first-year veterans. The opening of our Veterans Lounge is an important milestone, in that having some dedicated space on campus to meet, study, and unwind has been high on the students’ wish list for some time.”

Shaw credited Sam Fendler, a Class of 2021 graduate and former president of Princeton Students Veterans, and Vice President for Campus Life Rochelle Calhoun for supporting the lounge idea, as well as the Office of Capital Projects for bringing the space to life.

Undergraduate, graduate students and alumni veterans can connect there. The room will have a conference table and couches so students can host meetings, study and hang out. It also will include lockers so veterans with disabilities and those who live off campus can have a centralized location to keep books and supplies. 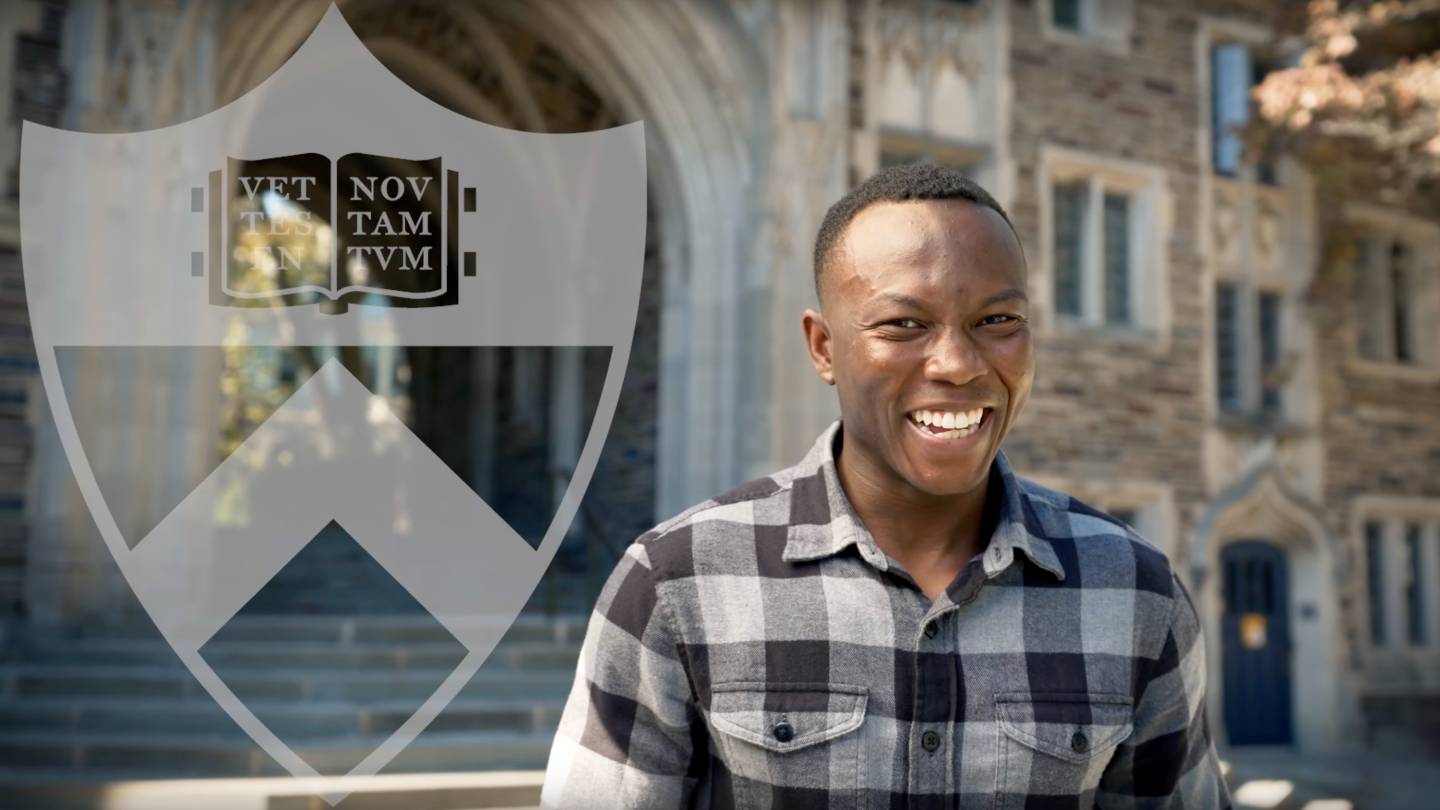 Daniel Adomina, Class of 2024, speaks about how military service in the U.S. Marine Corps prepared him for Princeton. Adomina is originally from Ghana and moved to the United States when he was 15.

Video by Office of Admission and Orangebox Productions

Matthew Williams, Class of 2024, said the Veterans Lounge will "help us build a sense of community among our veterans on campus. Although Princeton continuously works hard to ensure veterans are properly assimilated, we are honored and humbled that Princeton has accommodated a space for veterans and their families to feel at home."

Williams said the veteran student community is like an extended family: "My favorite thing to do as a group is probably cookouts. As COVID becomes less straining on all our lives, we have been able to spend more time together this semester, which helps create our sense of community on campus."

Roemer acknowledged that veterans come to Princeton with different experiences and needs than many of their peers. Roemer served in the U.S. Army as an Infantryman with the 10th Mountain Division and deployed to Iraq as a Fire-Team Leader. At Princeton, he is concentrating in politics and pursuing a certificate in entrepreneurship.

“We are at a different stage of our lives. We have families, children, service dogs. All these things that veterans tend to have that a typical student does not,” he said, adding that Princeton has worked to improve housing, dining and other accommodations for veterans so they can flourish academically and socially at Princeton.

“I came to Princeton because I love the academic setting. When I am on campus, I feel like I’m supposed to be learning. I love sitting down and raising my hand in class, staying after class and asking the professor questions,” Roemer said in a new Meet Princeton! podcast by the Office of Admission.

Matt Fiorelli, a master's in public affairs candidate in the School of Public and International Affairs, shared similar perspectives as a graduate student veteran in SPIA's #PolicyProfile on Instagram.

"My experiences in places like Afghanistan and Rwanda impressed upon me the importance of applying our military’s force at the right time and place, and in the right way to make a difference," said Fiorelli, a U.S. Army veteran who earned his undergraduate degree from West Point. "So, I’m grateful for the opportunity to study that topic here at SPIA. I’m also grateful for the chance to learn from my fellow classmates who have unique backgrounds and work experiences. Learning from, and with, my classmates is the best part of being a student here.”

Daniel Adomina, Class of 2024, said his time in the military helped prepare him for college. Adomina was born in Ghana, West Africa, and moved to Hamilton, New Jersey, when he was 15. He served in the U.S. Marine Corps and studied at Mercer County Community College before enrolling through Princeton’s transfer admission program.

“Now I’m able to take initiative — going to office hours, time management, attention to detail — because of that time spent in a structured organization like the Marine Corps.” he said. Adomina and Sarah Payne, a Class of 2025 student and former U.S. Marine, share their stories in new videos on the Princeton Admission YouTube channel.

Princeton partners with Service to School, a nonprofit dedicated to preparing military veterans to apply, enroll and succeed at leading colleges and universities. The University also participates in the national Yellow Ribbon Program, and does not limit the number of veteran students eligible for the program. Princeton’s need-based financial aid can supplement or even replace the use of veterans benefits toward the cost of attendance. 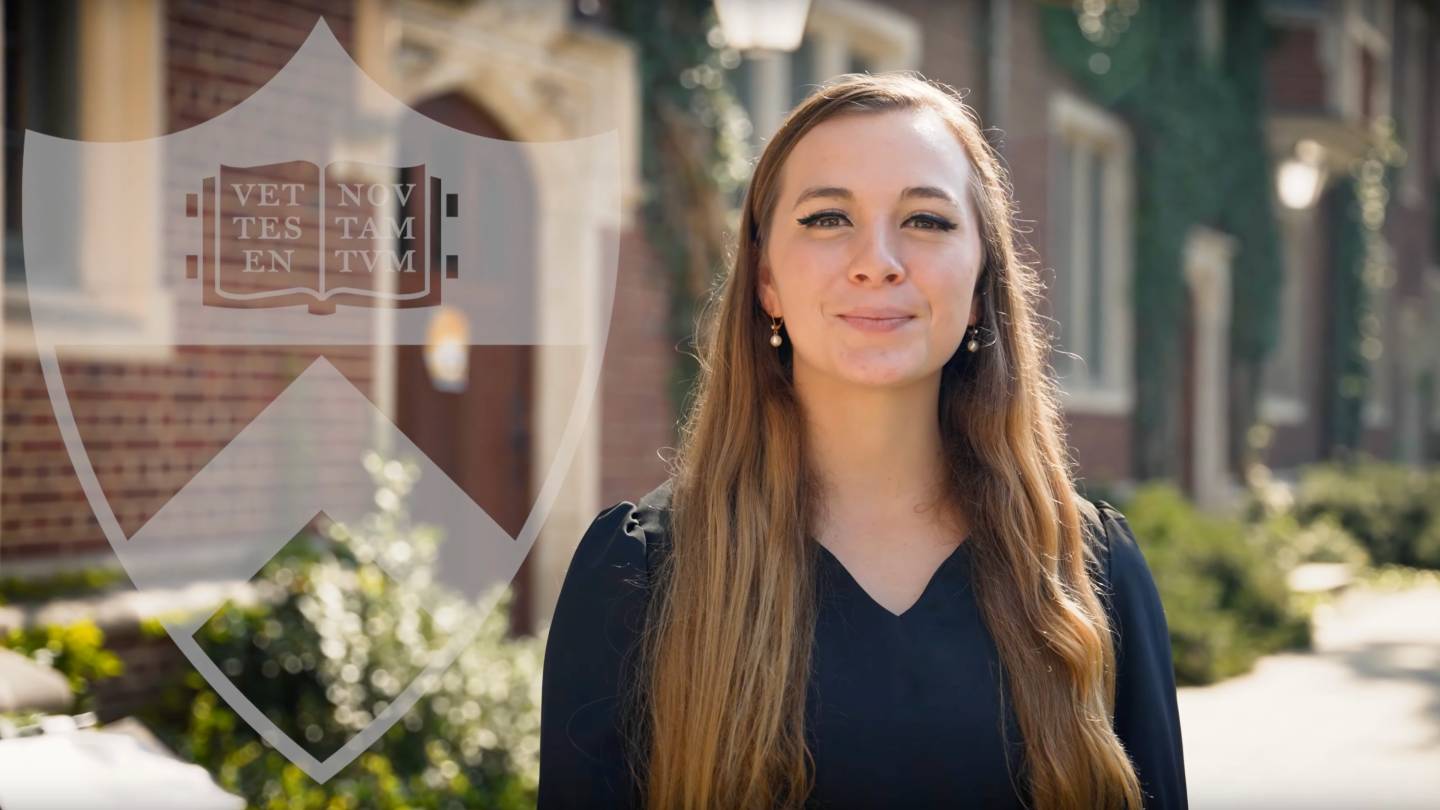 Sarah Payne, Class of 2025, shares how Service to School helped her apply to college. Princeton partners with the nonprofit that provides higher education counseling to veterans.

Video by Office of Admission and Orangebox Productions