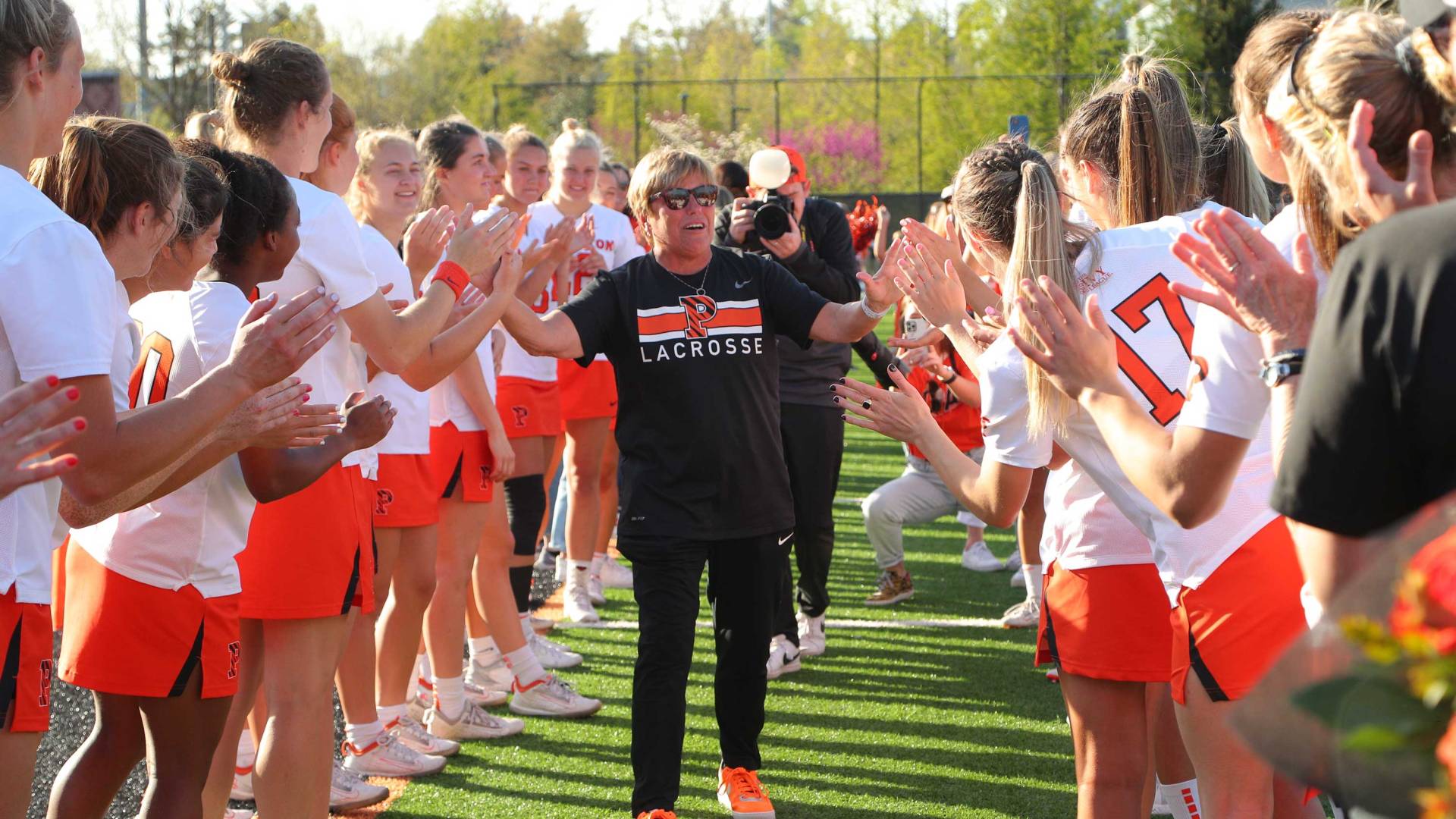 With generations of alumni in the stands, the Princeton women's lacrosse team capped a storybook ending to the 2022 regular season Saturday with a 17-14 win over Yale for the Ivy League championship, followed by a tribute to Chris Sailer, who will retire at the end of the season after 36 years as head coach. The Ivy League title was her 16th with Princeton.

For the 2022 squad, the usual pre-game walk over Streicker Bridge to Sherrerd Field turned into a mass of Orange and Black with 350-plus alumni of the program lining the path to '52 Stadium, along with family, friends and classmates. There were giveaways – posters, bobbleheads and t-shirts for the fans during the game and the league trophy for the Tigers after. 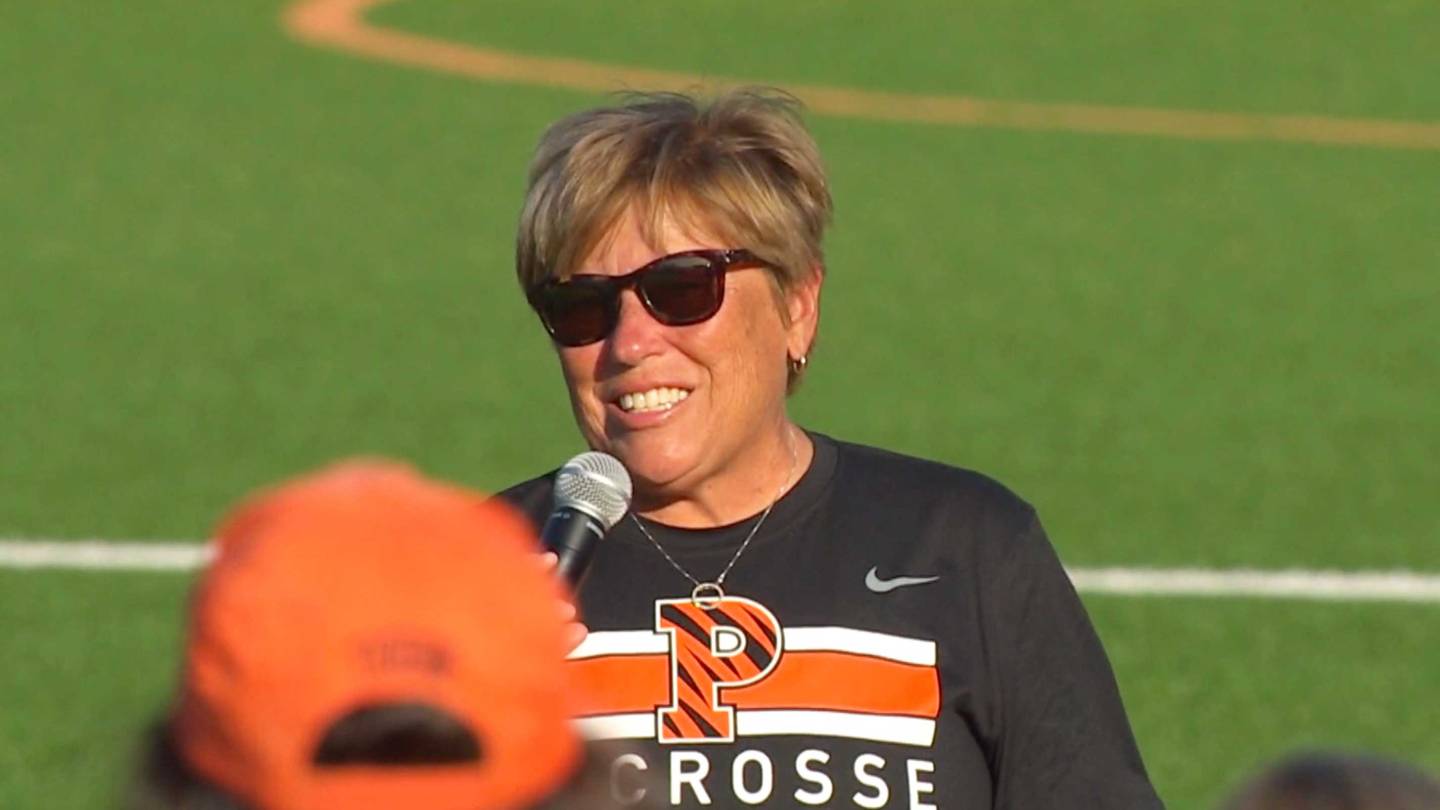 While the team never trailed in the game, they also were never truly comfortable until the final few minutes. A four-goal Princeton lead at halftime shrunk to just one 4:18 into the third quarter and was only two as the fourth quarter began. A McKenzie Blake goal with 1:21 to play, assisted by Kyla Sears, regained a four-goal lead for the Tigers and allowed the Princeton portion of the 1,223 fans in attendance to officially start the celebration.

First, the Ivy League trophy was presented to Princeton for the seventh season in a row and 16th time overall. Up next was Senior Day for the 10 members of the Class of 2022, who had just finished hoisting their third Ivy League championship.

Finally, a smiling army of women inspired by Sailer during her decades as head coach formed a spirit tunnel to honor their mentor.

High fives and hugs came at her from all directions as she made her way down that path.

First she encountered the LAX alums who had helped her form the identity of the program. Next was the current team, who had rallied to ensure that this day – and this final season for Sailer – was highlighted with a championship. Then came her family, who had been with her throughout her storied scholastic and collegiate career, her three NCAA championships and everything in between.

“I want to thank my team for making this a highlight,” she said in a short speech afterward. “I’ve just been so grateful and humbled and honored to be your coach and to coach here at Princeton for such a long time.

“It’s in my heart. You all are in my heart,” she said. “This is a day I’m always going to remember.”