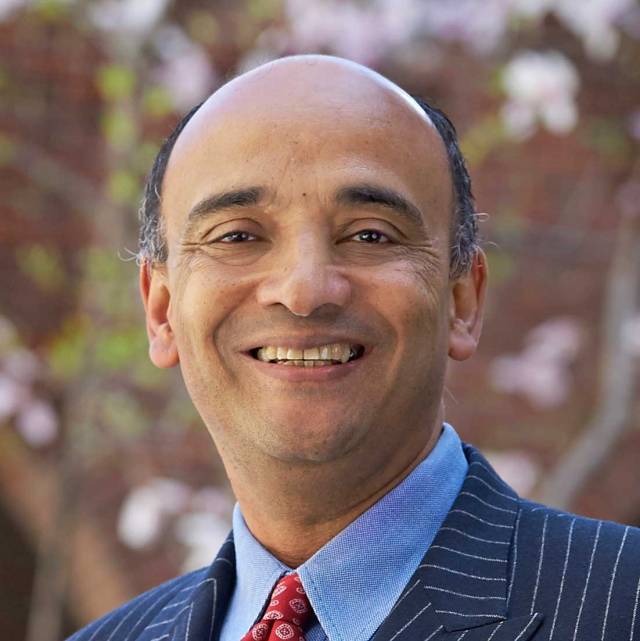 Baccalaureate, an end-of-year interfaith service that is one of Princeton’s oldest traditions, is scheduled for 2 p.m. Sunday, May 28.

The Baccalaureate speaker was selected by the Committee on Honorary Degrees and approved by the Board of Trustees. The goal of Baccalaureate is to emphasize the value and importance of service to graduating seniors as they prepare for their lives beyond Princeton. The letter of invitation to Appiah lauded his ability to share wisdom and advice with students from his view as “an extraordinary ethical thinker on some of the most important issues confronting the world today.”

Appiah’s work explores topics including African and African-American identity, the social and individual importance of identity and the cultural dimensions of global citizenship, drawing on his own experience and the work of philosophers throughout the centuries to raise questions about morality and identity.

He was awarded the 2012 National Humanities Medal by President Barack Obama. In the official citation for the award, Appiah was honored as a philosopher “seeking eternal truths in the contemporary world,” whose “books and essays within and beyond his academic discipline have shed moral and intellectual light on the individual in an era of globalization and evolving group identities.”

In 2013, his book “The Honor Code: How Moral Revolution Happens” was the first Princeton Pre-read selected by President Christopher L. Eisgruber for the incoming class to read together.

“The Class of 2023 is honored to have Professor Appiah as our Baccalaureate Speaker and to welcome him back to campus,” said Class of 2023 President Taryn Sebba. “During our time at Princeton, our class members have grappled with deep ethical quandaries and have unified in support of policies to make our community, and world, a more just place. Professor Appiah represents the best of Princeton — the ability to mobilize abstract concepts into pragmatic advice given with compassion — and undoubtedly will impart guiding words to us.”

Appiah was born in London and raised in Ghana, and among his many awards and recognitions, he was named a “Great Immigrant” by the Carnegie Corporation of New York in 2017.

He formerly served as president of the PEN American Center, the Modern Language Association, and the Eastern Division of the American Philosophical Association. Appiah earned his bachelor’s and doctoral degrees in philosophy from Cambridge University and previously taught at Yale, Cornell, Duke and Harvard.