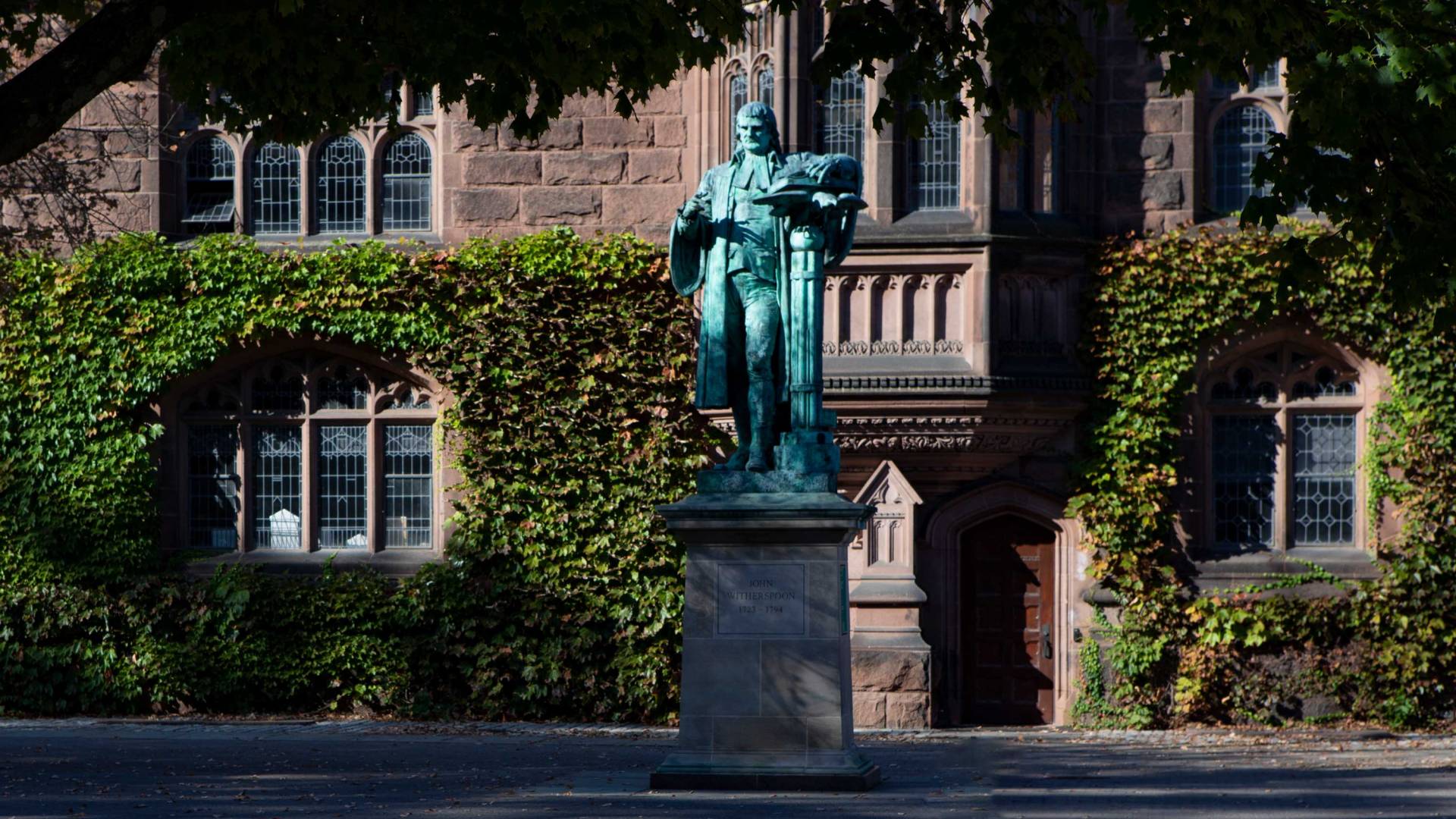 Princeton’s committee on naming is seeking feedback about a proposal from members of the University community to remove a statue of John Witherspoon that was installed on campus in 2001.

The Council of the Princeton University Community (CPUC) Committee on Naming is hosting listening sessions for undergraduates, graduate students, faculty, staff and alumni to share their views. Feedback also may be submitted online.

The statue of Witherspoon, Princeton’s sixth president, is a relatively new addition to the Princeton campus. It was installed in front of East Pyne Hall in November 2001 and is one of a pair of twin works by Scottish sculptor Alexander Stoddart. The other statue is at the University of Paisley, in Scotland, which originated the project.

The sculpture, made in an “intentionally classicizing style” reminiscent of a popular 19th-century approach, is unusual for its stylistic conservatism among the recent additions to the University’s campus sculpture collection, according to James Steward, the Nancy A. Nasher-David J. Haemisegger, Class of 1976, Director of the Princeton University Art Museum.

The proposal to remove the Witherspoon statute relates to the work’s unique aesthetic considerations and its placement on campus. The naming committee will evaluate the proposal within the context of the University principles that govern naming and changes to campus iconography. The committee’s work will be informed by rigorous research, scholarly expertise within and beyond the University community, and input from the broad University community.

Witherspoon, a Scottish minister, was a signer of the Declaration of Independence and president of Princeton from 1768-94. As documented by the Princeton and Slavery project, Witherspoon and all of Princeton’s first nine presidents at some point in their lives enslaved people of African origin.

The CPUC Committee on Naming was established in 2016 to provide advice to the Board of Trustees with regard to the naming of programs, positions and spaces at Princeton as well as the renaming and/or changing of campus iconography. The group is made up of representatives from the faculty, undergraduates, graduate students, staff and alumni, and is chaired by Angela Creager, the Thomas M. Siebel Professor in the History of Science and chair of the Department of History.

The committee has informed the naming of a various spaces on campus, including most recently Laura Wooten Hall and Ikeda Arch.