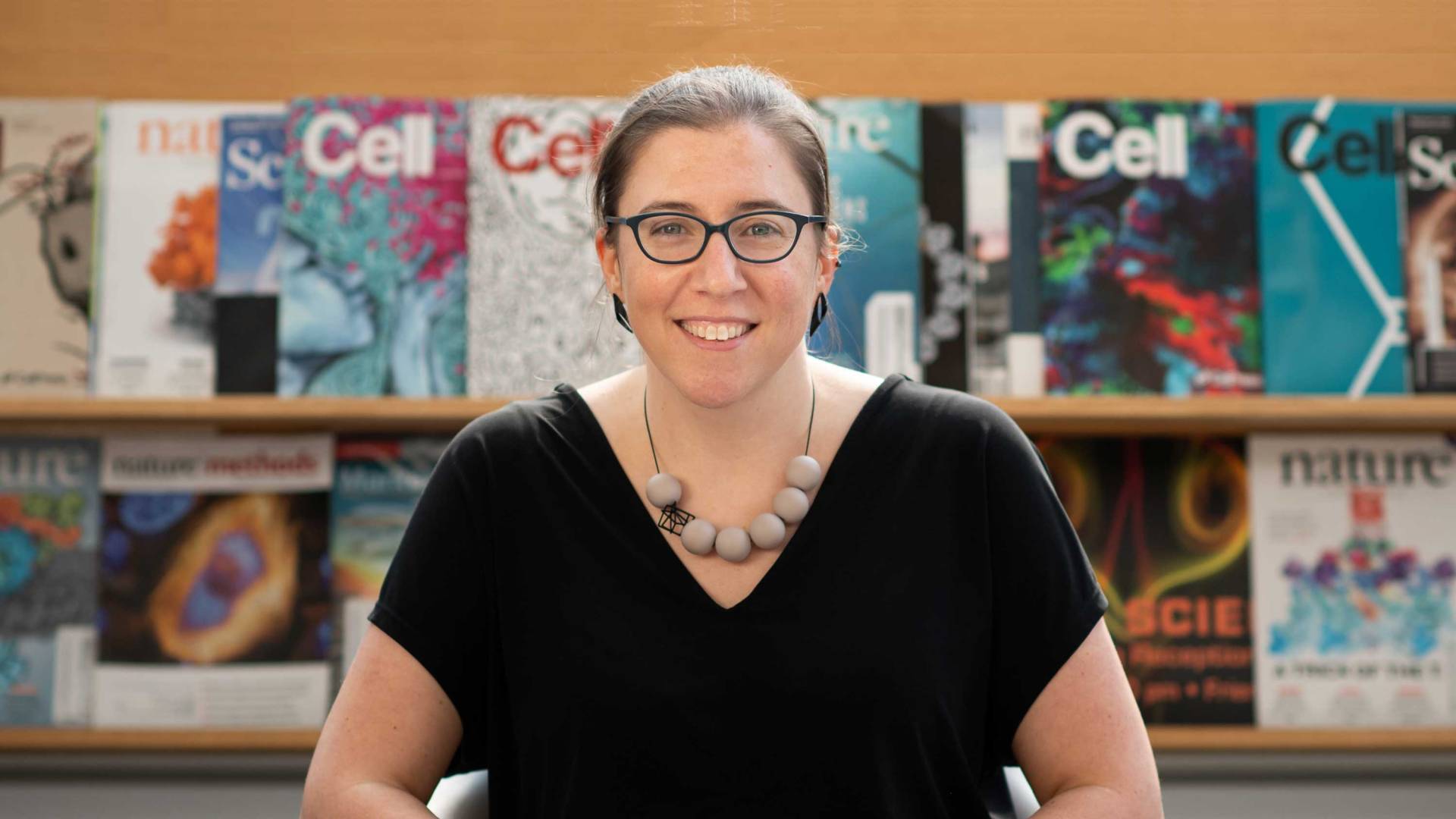 Kristina Olson's TransYouth Project is following a cohort of more than 300 children for 20 years to study their gender development, mental health and wellbeing.

When a friend asked Kristina Olson how to support their young child — who heard “It’s a boy!” at birth but who was now saying “I’m a girl” — Olson thought, “I’m a developmental psychologist. I’ll read the literature, and then I can tell her what it says.”

But she quickly discovered that there were no papers in the peer-reviewed literature about young children who had socially transitioned — children who had changed their clothes, hairstyles, first names and pronouns to align with their gender identity. “No studies at all, and this was in 2008 or ’09. I was just stunned,” said Olson.

Around 1-2% of children and adolescents worldwide identify as transgender or gender-expansive, with the rate increasing over time. “I spent a few years thinking, ‘Somebody surely is going to do this,’" Olson said. "But nobody did, and eventually I thought, ‘Why not me?’”

She created the TransYouth Project in 2013, gathering a cohort of more than 300 transgender children 3-12 years old, with plans to follow them for 20 years to study their gender development, mental health and wellbeing. She brought the project to Princeton in 2020 when she joined the faculty as a professor of psychology.

“Kristina Olson is one of the world’s leading scholars of how gender identity develops in children, and — more generally — how children think about social groups,” said Ken Norman, chair of Princeton’s psychology department and the Huo Professor in Computational and Theoretical Neuroscience. “We are thrilled to have her as a colleague here at Princeton.” 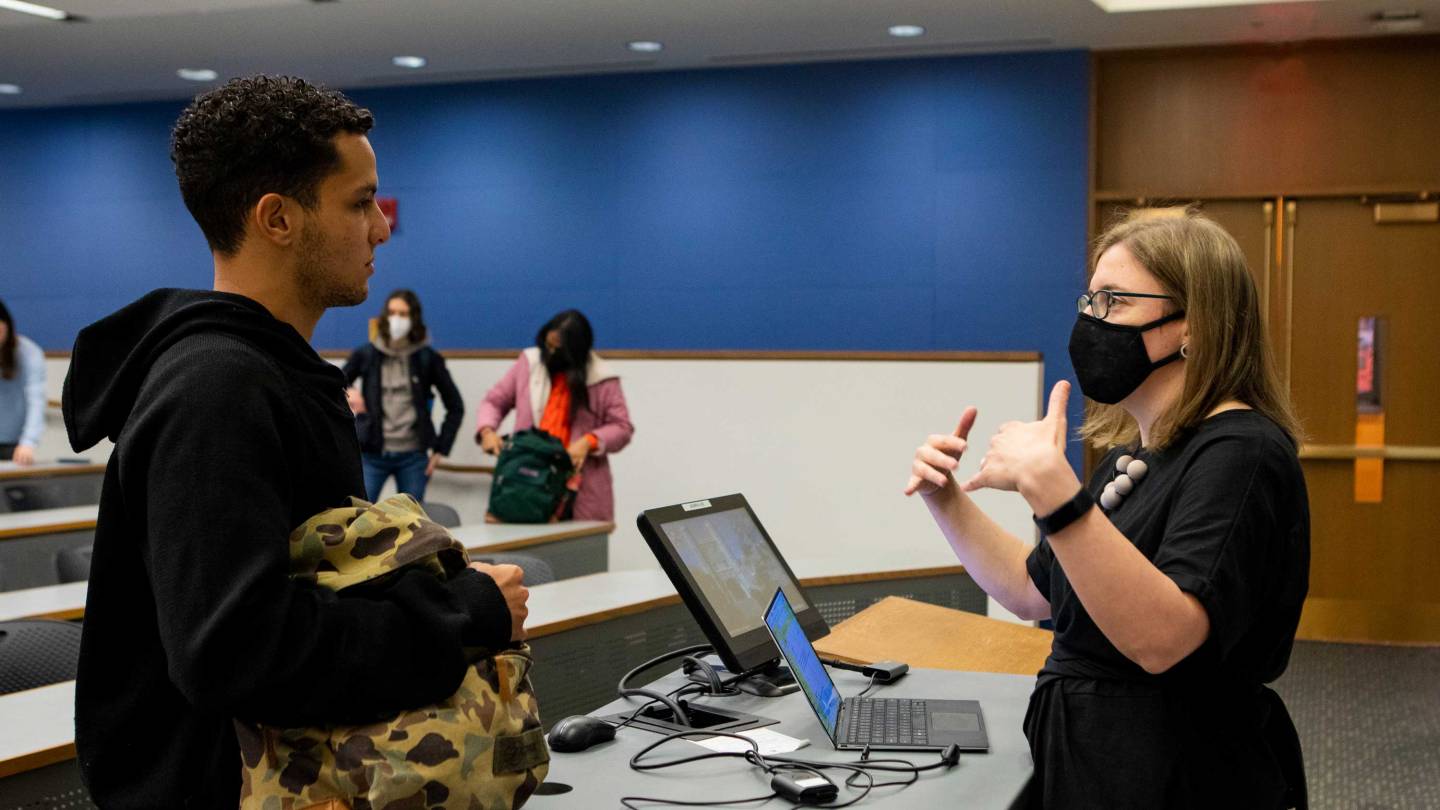 Olson talks with a student after class.

Olson’s longstanding interest in how kids figure out how the world gets divided into groups — and which groups they belong in — dovetails with the question of gender identity, she said.

“Trans kids are one of the very rare cases where children are saying, ‘You’re wrong! I know what I am, and it’s not what you think it is,’” Olson said.

She had previously studied racial identities. As an undergraduate at Washington University in St. Louis, Olson double majored in psychology and African American studies. She got her Ph.D. in social psychology from Harvard and then joined the psychology faculty at Yale, then later at the University of Washington (UW).

When her friend first approached her, Olson was at Yale, tackling other research questions. By the time she moved to UW, she decided to use her lab startup funds to launch formal research into the developmental psychology of trans youth. Meanwhile, her friend’s child had transitioned.

As an expert in an identity she does not inhabit, Olson said, “I feel very fortunate that so many people within the trans community and families of trans people have been so welcoming of us. It’s also been really important to us to have trans people on the team from the beginning.”

Now nine years into the 20-year longitudinal study, the project has already led to several significant discoveries. The first is that the gender development of socially transitioned kids looks a lot like that of cisgender kids (kids who are not transgender), Olson says. Kids who say, “I’m a boy,” show the same results on traditional measures of gender development regardless of the sex they were assigned at birth. Transgender boys typically prefer boy-typed toys and clothes as much as cisgender boys, and transgender girls are statistically indistinguishable from other girls on these measures. She sees variations within these groups too; just as there are cisgender tomboys, there are also transgender tomboys.

The TransYouth Project’s second major finding is that these kids, who are living out their self-identified gender identity in everyday life and who are supported by their families in that identity, generally have good mental health. They have slightly higher anxiety compared with cisgender kids, Olson says, and similarly low rates of depression. These children and young people show less of the depression and anxiety than transgender teens and adults in other studies who didn’t have the opportunity to live as their identified gender in childhood.

If her friend had come to her now with the same question, Olson said, she would have told her friend that many children who socially transition are doing well, especially when they are in supportive environments.

Olson has received numerous prestigious awards for her work, including a MacArthur “genius” grant and the National Science Foundation’s Alan T. Waterman Award, which awards $1 million to an outstanding scientist under the age of 40 or within 10 years of receiving a Ph.D.

“Kristina Olson is one of the leading psychologists of this generation,” said Betsy Levy Paluck, a professor of psychology and public affairs at Princeton. “Her pioneering work on transgender youth is already changing the shape of debates about transgender youth in education and healthcare policy and in the law. Her findings regarding the wellbeing and stability of children supported to socially transition to their preferred gender mark the first arrival of rigorous evidence to many of these debates. She communicates about these findings with the greatest care and precision in the midst of the current maelstrom of cultural and political conflict over transgender identity and rights.”

Before Olson’s work, responses to gender-expansive children often included some variation on “It’s just a phase.” But Olson’s longitudinal studies have refuted that notion, finding for example that five years after socially transitioning, only 2.5% of the hundreds of children in the TransYouth Project had reverted to their birth gender; 94% still maintained their trans identity and 3.5% identified as nonbinary.

Teaching and research with impact 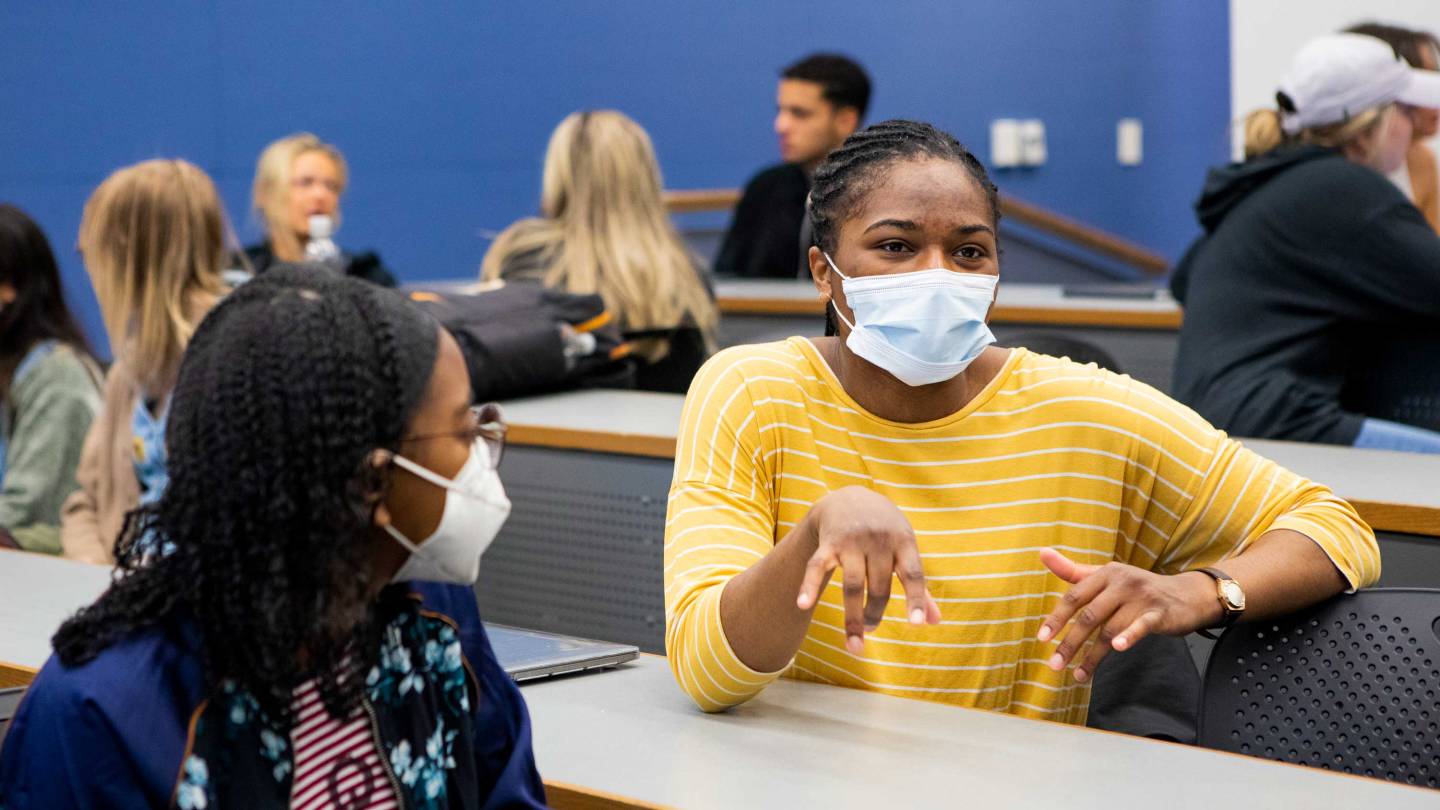 Olson’s research has also expanded to include people who are intersex — a term for people whose chromosomes, hormones or reproductive organs don’t fit the typical definition of “male” or “female.”

This contributed to a new class called “Sex and Gender Diversity,” focusing on intersex, trans and nonbinary people. In the course, students examine these diverse identities from several perspectives — psychology, biology, anthropology, sociology — and learn about the current controversies surrounding these topics. One student group, for example, read up on intersex athletes, while another focused on autism and trans folks, and another delved into the controversies around trans adolescents.

Sitting in on the course prompted her to reflect on how “invisible” intersex identities are, said Chelsey Clark, a 2021-2022 Diversity Fellow at Princeton who served as a teaching assistant for the course in spring 2022.

Intersex people make up between 1-2% of the population, which is about the same as the number of natural redheads, Clark noted. “Most people know a redhead, so that means most people probably know at least one person who is intersex.”

When last offered, the course was capped at 45 students, but because there is so much demand, Olson is planning to expand the cap to 90 next time she teaches it. Right now, she is teaching a graduate ethics class, part of the core psychology curriculum.

Beyond research and teaching, Levy Paluck said, “Kristina is an outstanding mentor to undergraduate and graduate students.”

Clark has joined Olson’s lab, in addition to continuing her own research on race and prejudice. “I love that she brings an excitement, a vigor, to her research,” said Clark. “In Kristina’s lab, we are all clear where we fit in and what our contribution can be. And it’s undeniable that the things we do will have an impact.

“It feels like every time you open your phone, you see a headline related to your work. And you think to yourself, ‘I could run a study right now that would either prove this or disprove this, or at least contribute to this massive debate happening in our country — and around the world.'”