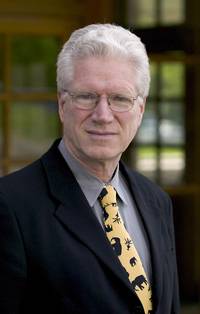 David Bradford, a professor of economics and public affairs and an authority on taxation issues, died Tuesday, Feb. 22, from extensive injuries sustained while escaping from a fire in his home two weeks earlier. He was 66.

Bradford was a member of Princeton's faculty since 1966, focusing on public sector economics, and also served three U.S. presidents. He was a member of President George H.W. Bush's Council of Economic Advisers from 1991 to 1993 and deputy assistant secretary for tax policy in the U.S. Department of Treasury from 1975 to 1976, when he directed an influential study on income tax reform.

"All members of the University community are immensely saddened at the loss of our beloved colleague and teacher David Bradford. He was a fine scholar and a man of intelligence and integrity," said Anne-Marie Slaughter, dean of the Woodrow Wilson School of Public and International Affairs. "In all his dealings, both personal and professional, he took care to do the right thing and took time to do it right. We will miss him greatly and remember him with affection and respect."

As a member of the Council of Economic Advisers under the first President Bush, Bradford worked on a broad range of issues in areas such as the environment, telecommunications, health care and financial institutions, as well as taxation. While serving in the Department of Treasury under President Ford, Bradford directed a study that resulted in the publication "Blueprints for Basic Tax Reform," which is widely regarded as the forerunner of the major U.S. income tax reform enacted in 1986.

"David's scholarship, public service and principled advocacy are, in a nutshell, what the Woodrow Wilson School is all about," said Michael Rothschild, former dean of the Wilson School and a professor of economics and public affairs. "David was both the leading scholar on what income taxation should be and the architect of the sweeping tax reform of 1986. David was also a good friend, kind, thoughtful, calm, helpful and unstinting."

Bradford's published work addressed a wide range of topics, military service recruitment, public utility pricing, criteria for public investment, local government and the economic structure of urban areas, and a variety of income tax issues. His most recent work focused on the effects of income taxes on the insurance industry.

Bradford's 1986 book, "Untangling the Income Tax" (Harvard University Press), offered a comprehensive review of income taxes and their alternatives. He was an early proponent of the consumption tax concept, in which personal income would be taxed only when it is spent on goods and services.

"David was a pioneer in thinking and writing about the consumption tax. In recent years he became very interested in environmental policy. His work was always thoughtful, rigorous and deep, yet also cognizant of the limitations of the analysis," said Alan Krueger, a Princeton professor of economics and public affairs. "David was always gracious and respectful, even when he disagreed with your position."

Alan Blinder, a Princeton professor of economics, said Bradford conducted notable early research on the social rate of discount, "an important topic that has echoes in his more recent work on environmental economics."

"It's about how the government should look at tradeoffs between the present and the future," Blinder said. "For example, if we want to take action against global warming, we're presumably imposing some costs on ourselves now to avoid costs many years from now. This is a critical intellectual issue, but it's also a very practical issue."

Blinder added, "He was just super. I think he was probably the most beloved member of this department. He was a very sweet personality -- not someone who was always telling jokes, but someone who always had a smile and lit up a room when he entered it."

At the time of his death, Bradford also was an adjunct professor of law at New York University, where he taught tax policy; a research associate at the National Bureau of Economic Research in Cambridge, Mass., where he had directed the program of research in taxation for several years; and an adjunct scholar at the American Enterprise Institute for Public Policy Research in Washington, D.C.

He also was a member of a variety of state and federal advisory boards, including: the national Railroad Retirement Reform Commission, to which he was appointed by President Reagan in 1988; and the Economic Policy Council of the state of New Jersey, on which he served from 1984 to 1990.

He is survived by his wife, Gundel; his son, Theodore, of Boston; his daughter, Lulu, of Heidelberg, Germany; four grandchildren; and his sister, Victoria Witte, of Webster Groves, Mo. A gathering in his memory for members of the Princeton University community was held Feb. 22. Details on services are pending.