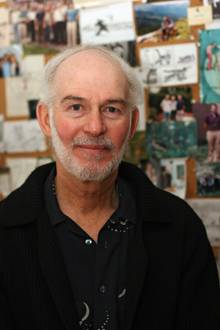 In a close collaboration between laboratory scientists and practicing doctors, a Princeton neuroscientist is helping to reveal brain mechanisms that cause chronic pain and related disorders such as chronic fatigue syndrome and depression.

Barry Jacobs, a professor of psychology, is working with a team of U.S. Navy dentists who, moving beyond the traditional boundaries of their field, have established a major research and treatment center for chronic head and neck pain at the National Naval Medical Center in Bethesda, Md.

The research collaboration, which also includes scientists at Rutgers University, is showing how stress and traumatic events can lead to a variety of clinical disorders that include chronic pain as a major symptom. Jacobs, a well-known authority on the role of serotonin and other chemical signals in the brain, is identifying the chemical and biological processes that underlie this progression.

People who report such problems have often been dismissed by doctors as needing psychological counseling rather than medical treatment.

"We now recognize that many people unambiguously have pain, but there is no sign at all of tissue or nerve damage," said Jacobs. "So what do we call that? Is it psychological? Is it physiological? The distinction is being blurred. The point is these people perceive pain, and we have to deal with it."

Jacobs is leading studies in which researchers subject mice and rats to stressful conditions in the laboratory and then examine the animals' brains for signs of long-term chemical and functional changes. These changes may render the animals unusually susceptible to pain or cause conditions that are similar to those seen in human disorders, such as chronic fatigue syndrome or fibromyalgia, a general aching of joints and muscles.

This fundamental brain research may ultimately lead to better methods for treating chronic pain, according to Jacobs' Navy collaborators.

"We're trying to understand some of these complex mechanisms that affect pain," said Capt. Dale Ehrlich, a collaborating researcher at the Naval Institute for Dental and Biomedical Research in Great Lakes, Ill. "If you understand how things work and how they create the problem, you have a better chance of figuring out how to treat it."

Jacobs is working with Ehrlich and Capt. Peter Bertrand, who co-founded the Orofacial Pain Center at the National Naval Medical Center. The pain program currently treats 500 to 600 new patients a year, many of whom have exhausted other medical options. Some of the group's treatment regimens are relatively simple. In most cases, patients are taught to alter their physical reactions to stress, such as clenching their teeth. The researchers believe that this behavior modification removes possible sources of pain and may reset the processing of stress hormones and other brain chemicals, ultimately reducing the patient's susceptibility to pain.

"Barry's research fits very much into what we were observing clinically but did not have the data to explain," said Bertrand. "If you can produce an animal model, you can say, 'Yes, this is really what is happening. This is what we see in the clinic.'"

Often patients who come to the pain clinic turn out to have a broader set of psychological conditions, including depression and post-traumatic stress disorder, that started with stress and resulted in pain as the most noticeable symptom, the researchers said.

The seeds for the collaboration were planted in 2001 when Bertrand, who had followed Jacobs' scientific work for nearly 10 years, invited Jacobs to give a talk in Bethesda. Jacobs said that after his initial surprise about being contacted by dentists, he realized that he and the Navy researchers had significant common interests. "I was surprised, gratified and flattered," Jacobs said. To broaden the group, he brought in Rutgers biologist Sidney Auerbach, who was a postdoctoral researcher in Jacobs' lab 20 years ago.

For Jacobs, the collaboration is a chance to expand a theme that has driven his work for more than 20 years: finding connections between basic neuroscience and clinical conditions. Jacobs has often studied the mechanisms of pain and depression and teaches an undergraduate seminar called "Depression: From Neuron to Clinic." "It's great to be closely linked to a clinical group," he said. "We can be guided by their vast knowledge of the physiology and the behavior of these patients."

Now halfway through the two-year research project, Jacobs said he hopes to continue the collaboration beyond the original term. "I am working on this because it is fascinating at the basic science level, and it would be great if I could make even a small contribution to understanding these human stress-related disorders," he said.