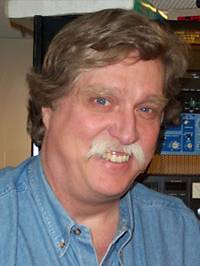 Donald P. Albury, who as Princeton's manager of media services witnessed and recorded nearly every major University event during the past 20 years, died of cancer May 22 at the University Medical Center at Princeton. He was 54.

Born in the Bronx and raised in New York City, Albury joined the University in 1986 after serving as audio-visual coordinator for Teachers College, Columbia University. At Princeton, he directed a media services staff of seven in the academic services unit of the Office of Information Technology, working with just about every University entity to capture Princeton life in video and digital media.

"In nominating Don for his [2001] President's Achievement Award, I wrote: 'There are few people at Princeton of whom it can be said that the University simply could not function without them; Don Albury is one of those people,'" said Serge Goldstein, academic services director. "Sadly, all of us will now have to function without his enormous good will, grace, humor and kindness. We are diminished as an institution by his passing, but have been enriched by his presence, which will continue unabated in our hearts and memories."

A lover of the outdoors and an expert paddler, Albury’s wilderness trips to the Algonquin Provincial Park area of Ontario as a young man gave way to yearly trips to Nova Scotia with his family. He loved the opera of Puccini, the ballet of Balanchine and the philosophy of "Monty Python." He was an active member of the chancel choir of the Princeton United Methodist Church.

The University flag above East Pyne will fly at half-staff in Albury's honor through Thursday.