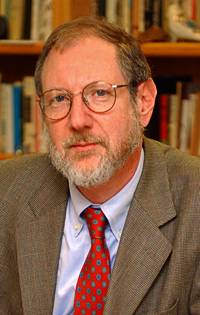 University Registrar Joseph Greenberg, a graduate alumnus of Princeton who joined the registrar's office in 1978, died Sunday, Nov. 6, of complications from brain cancer. He was 58.

A literature and art enthusiast who once taught in the English department, Greenberg was known for his devotion to his family and to Princeton. As registrar, he oversaw the collection and maintenance of academic records and enrollment data as well as online course registration, classroom assignments and other activities.

"Joe Greenberg led the registrar's office with uncommon wisdom and good sense," said Dean of the College Nancy Malkiel. "He combined authority with gentleness, firmness with humor, optimism with a realistic sense of formidable challenges. He had a great sense of opportunity and possibility -- instead of sticking to established ways of doing business, he was always ready to find new ways to accomplish the work of the office, to do a better job of serving faculty and students."

Robert Bromfield, deputy registrar for academic affairs, said, "He was a warm and generous person, and it was a pleasure to work with him. He was instrumental in mentoring me in the profession, and I have deep gratitude for all he has done for me. He was a gentleman, a gentle soul and always cared about others."

Greenberg took pride in his office's initiatives to improve services for the campus community, most notably through the implementation of the PeopleSoft Student Administration System. Developed over several years in collaboration with the Office of Information Technology and completed this summer, the system has enabled the University to provide online course information and registration and enhanced access to academic records for faculty, students and staff.

"Even in the face of serious illness, he led the way in embracing, advocating and finally implementing the new PeopleSoft student system," Malkiel said. "As he battled brain cancer over the last year and a half, he conducted himself with remarkable grace, dignity and courage. He never gave up, he never complained, he never stopped thinking about contributions he could make, about others he could help. He wanted always to do everything he could to support his colleagues in the registrar's office and to further the best interests of the University."

Greenberg joined the registrar's office in 1978 as assistant registrar after a year as a lecturer in the Department of English, where he directed the expository writing program. He earned his Ph.D. in English from Princeton in 1977, with a focus on 18th-century English drama.

Greenberg, who lived in Skillman, N.J., is survived by his wife of 37 years, Hinda; his son Jacob of New York City; and his son David, daughter-in-law Sarit and grandson Aaron, also of New York City.

Services are scheduled for 11:30 a.m. Tuesday, Nov. 8, at Goldstein's Funeral Home in Southampton, Pa. A campus memorial service will be held at a later date.

Memorial contributions may be made to the Coalition for the Homeless, 129 Fulton St., New York, NY 10038 or the Center for Jewish Life, Princeton University, 70 Washington Road, Princeton NJ 08544.