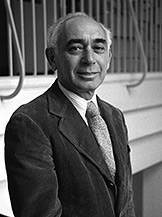 Joseph Notterman, an experimental psychologist who was a member of the University's faculty for 35 years, died of natural causes June 28 in Plainsboro, N.J. He was 90 years old.

Notterman, a professor of psychology emeritus who joined the Princeton faculty in 1956 and served as chair of the psychology department from 1966 to 1968, was particularly interested in the intensity and duration of psychological responses. He was the author of five books as well as dozens of articles in anthologies and scholarly journals. He also was a trained psychoanalyst.

"I have often heard the terms 'gentleman' and 'scholar' used in the same sentence, but they have rarely fit anyone more aptly than they fit Joe Notterman," said Professor Joel Cooper, who was a colleague in the psychology department. "He was a scholar of psychology in the broadest sense, but he never forgot that scholarship, kindness and respect were intrinsically connected.

"At a personal level, Joe was always kind to me, offering advice to a young scholar about how to navigate the academic world. As a professional, Professor Notterman was one of the few psychologists who combined the scholarly worlds of Skinnerian behaviorism and Freudian psychoanalysis effortlessly and productively."

Stephen Fowler, who received his Ph.D. at Princeton in 1970 after working under Notterman, said his mentor was "a brilliantly analytical thinker."

"My stay at Princeton and work with Professor Notterman had a profound impact on the choices I made and the success I had. It was a growth period and reinformed my scientific perspectives," said Fowler, who is a professor of pharmacology and toxicology and a senior scientist in the Life Span Institute at the University of Kansas.

Signaling Notterman's continuing impact, Fowler and colleagues cited his work in an article published this year in the Journal of the Experimental Analysis of Behavior.

Dan Tufano, who also worked with Notterman as a graduate student, said he was a "complete psychologist."

"He had all of the tools of psychology available to him and could bring them to bear at any time," said Tufano, who received his Ph.D. from Princeton in 1980 and is now a senior researcher at the Oak Ridge National Laboratory in Tennessee.

"I've done my share of research, and I've done my share of publishing," Notterman said in a University article noting his move to emeritus status in 1991. "But what's really given me the most pleasure has been working with seniors and juniors on their independent studies and helping them find what they really want to do."

Notterman earned his bachelor's degree from Trenton State College in 1942 and then served in the Army for four years. He earned his Ph.D. from Columbia University in 1950 and remained at Columbia for six years as a member of its scientific research staff and a senior research psychologist before joining the Princeton faculty.

Notterman is survived by his wife of 66 years, Rebecca; his children, Abby and Daniel, and four grandchildren. Daniel Notterman is a visiting research collaborator at Princeton's Woodrow Wilson School of Public and International Affairs and the Bendheim-Thoman Center for Research on Child Wellbeing.

A funeral service was held June 30 at Roosevelt Synagogue in Roosevelt, N.J.

Memorial donations may be made to the Wounded Warrior Project.