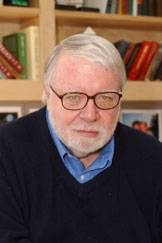 Ronald Kinchla, who introduced generations of Princeton students to the science of psychology as a legendary teacher of "Psychology 101," died Dec. 8 at his home in Princeton from a heart condition. He was 72.

Kinchla joined the psychology department as a full professor in 1969 and transferred to emeritus status in 2003.

"For almost 25 years, he taught 'Introduction to Psychology,' a laboratory course that fulfills the University's science and technology requirement," said Deborah Prentice, chair of the department. "Thanks to his remarkable ability to make the concepts and methods of psychology accessible to introductory-level students, 'Psychology 101' quickly became the most popular choice of students in the humanities and social sciences for fulfilling their science and technology requirement."

"He had a wonderful, dry sense of humor," added John Darley, the Dorman T. Warren Professor of Psychology and a longtime colleague. "The first week in his introductory classes, the students thought, 'Wait, did I just catch something here?' By the third or fourth week, everybody caught on and knew to look for the humor."

Kinchla earned his B.A. and Ph.D. degrees from the University of California-Los Angeles. He taught at New York University and McMaster University in Ontario before joining the Princeton faculty.

"Ron Kinchla helped to shape the modern-day psychology department at Princeton University," said Joel Cooper, a professor of psychology who also joined the department in 1969. "He arrived from McMaster University and quickly made Princeton a presence in the burgeoning field of cognitive psychology."

"Professor Kinchla [was] one of the brightest faculty members with whom I have ever had the pleasure of working," Cooper added. "His intelligence and his wit were unparalleled. He will be missed."

A quantitative psychophysicist, Kinchla specialized in visual perception, especially visual attention, visual motion perception and the role of image structure in perception, and developed mathematical and computational models for the study of these processes. "It was just exquisite work, and it was much admired by others in the field," Darley said.

In addition to the introductory psychology class, Kinchla led a laboratory course on "Perception," which was an intensive exploration of the findings and methods of psychophysics. A high percentage of the students in this course have gone on to Ph.D. programs in psychology.

Kinchla produced many articles for scholarly journals and served as a consulting editor of the Journal of Perception and Psychophysics, Experimental Psychology, Psychological Bulletin and Psychological Review. He also co-wrote a psychology textbook with Darley, Leon Kamin and Sam Glucksberg that was published in five editions by Prentice Hall.

"Ron was one of the most intellectually and personally honest people that I've known," said Glucksberg, a professor of psychology at Princeton. "He was deeply committed to his students, both graduate and undergraduate, as well as to his family. And he was a thorough and meticulous scholar. We enjoyed his critiques of current but transient fads in psychology, as well as his extensive collection of visual illusions and demonstrations."

Kinchla served for many years as director of graduate studies for the department and was an academic adviser and faculty fellow for Mathey College. He also was an academic-athletic fellow for the women's ice hockey team.

"As a professor, Ron was very easy to approach and extremely generous with his time," said Zhe Chen, who was a graduate student of Kinchla's between 1993 and 1998. "He was always available to discuss research ideas with his students, and was tireless in reading and commenting on his students' work."

"As a person, Ron was simply remarkable," added Chen, who is a senior lecturer in psychology at the University of Canterbury in New Zealand. "His influence on me was beyond words. He was always caring and supportive. He believed in me even when I had doubts about myself. It is no exaggeration to say that without him, I would not be who I am today."

Darley said that Kinchla was "an extraordinarily kind person. He was extremely quietly thoughtful and kind. He would perform many acts of kindness and do them in a way that was private. He gave in the nicest possible ways -- ways that didn't impose obligations on others."

Kinchla is survived by his sons and daughter, Chandler Kinchla, Thaddeus Kinchla and Kendall Moya Arthur; and grandsons, Ayden and Rowan Kinchla.

His family will celebrate his life at 6 p.m. Tuesday, Dec. 12, at his home at 14 Dickinson St. in Princeton The Department of Psychology also is planning a memorial service to be held on campus at a later date.