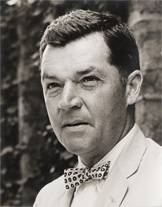 Robert F. Goheen, president of Princeton from 1957 to 1972, died Monday, March 31. During his tenure Princeton became coeducational, increased its ethnic and racial diversity and coped with protests against the war in Vietnam. The University expanded its commitment to research, its annual budget quadrupled, alumni contributions more than doubled and 25 new buildings were constructed on the main campus.   Photo: Ulli Steltzer 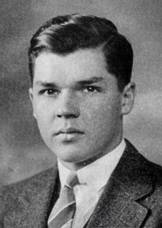 Goheen first came to Princeton as a 17-year-old freshman in 1936. 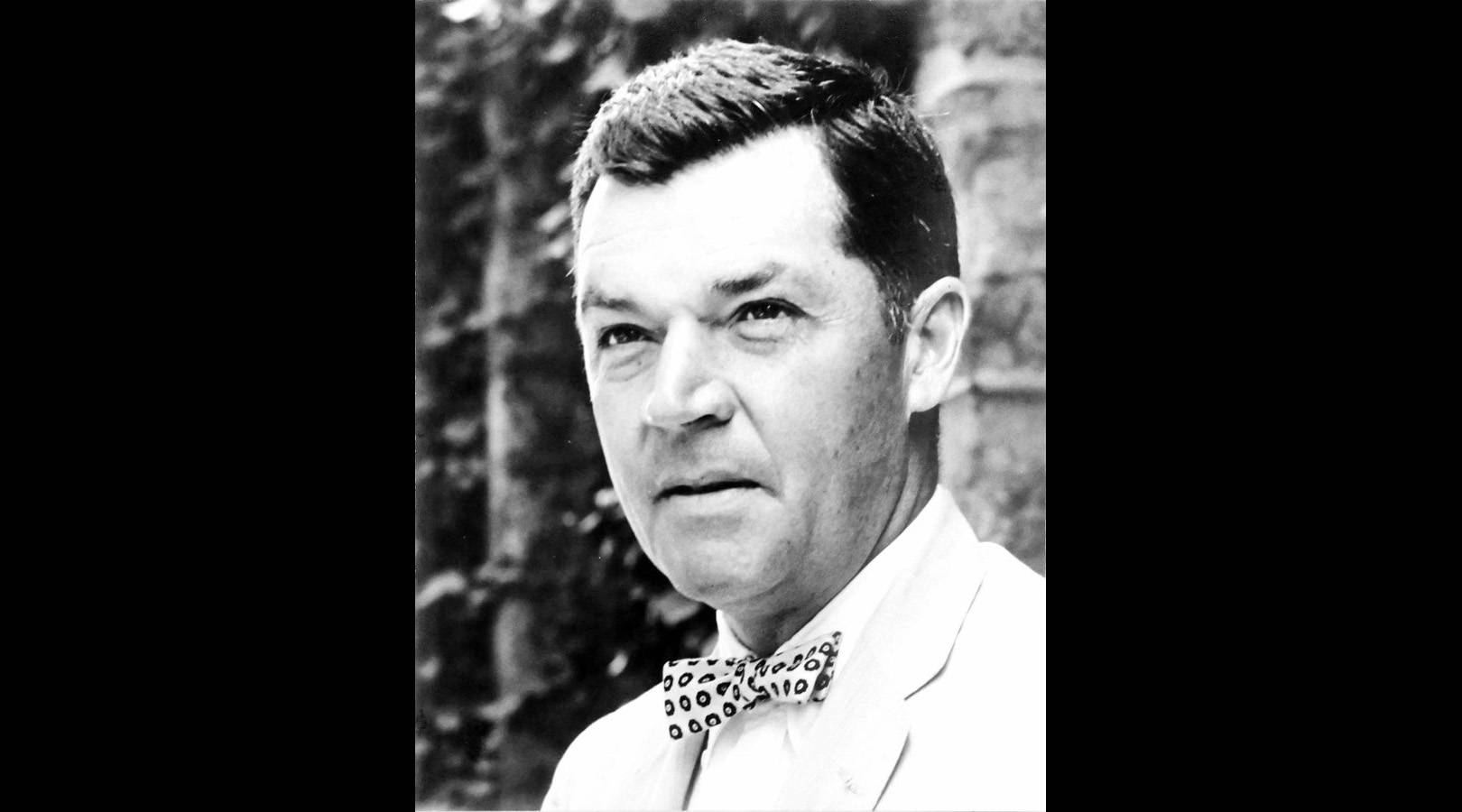 In all, Goheen had a more than 70-year association with the University.  Long after his retirement as president, he continued to be an active member of the University and local community. At left: Goheen (top right) also was an accomplished soccer player at Princeton, and would go on to participate in sports, particularly golf and tennis, throughout his life. His family also recalls him as a lifelong fan of Princeton athletics and an avid fisherman and gardener.

View an excerpt from a video of Goheen reflecting on his time at Princeton. The full video also is available. Below left: Goheen chats with his predecessor, Harold W. Dodds, who served from 1933 to 1957. Bottom right: Goheen gathers with the other former presidents of Princeton at the installation celebration for President Shirley M. Tilghman in September 2001. From left, Harold T. Shapiro, Tilghman, Goheen and William G. Bowen.   View or share comments on a blog intended to honor Goheen's life and legacy.Photos: Mudd Manuscript Library (black and white); Denise Applewhite (color)

Robert F. Goheen, president of Princeton University from 1957 to 1972 during a period of transformative growth and change, died of heart failure Monday, March 31, at the University Medical Center at Princeton. He was 88.

Goheen was an assistant professor of classics when, at age 37, he was selected to become Princeton's 16th president. During his tenure Princeton became coeducational, increased its ethnic and racial diversity and coped with protests against the war in Vietnam. The University expanded its commitment to research, its annual budget quadrupled, alumni contributions more than doubled and 25 new buildings were constructed on the main campus.

"With the passage of time, it becomes more and more clear that Bob Goheen was one of the great presidents of Princeton history," said Shirley M. Tilghman, Princeton's president since 2001. "He demonstrated remarkable courage in all he did, from introducing coeducation and increasing the diversity of the student body to strengthening the faculty and leading the University successfully through a time of societal upheaval in the late 1960s and early 1970s. He was greatly admired and respected for his leadership and vision and attentiveness to the views of others, and widely beloved among Princetonians for the values and personal qualities that were evident from the day he arrived on campus as a freshman and throughout his life."

After retiring from the presidency, Goheen left the University to serve in a number of positions, including president of the Council on Foundations and ambassador to India. He returned to Princeton in 1981 as a senior fellow in public and international affairs in the Woodrow Wilson School and continued to be an active member of the University and local community.

In all, Goheen had a more than 70-year association with the University, which was celebrated with an exhibition on campus in the fall of 2006 titled "Student, Scholar, President: Robert F. Goheen at Princeton, 1936-2006." The display in Firestone Library included excerpts from a talk Goheen gave at the opening ceremony of Princeton's 250th anniversary celebration in 1996, one of which perhaps explains his long affiliation with the University:

"There was -- and I believe there still is -- a peculiar atmosphere about [Princeton] that grabs many of us and never lets go," he said. "It arises in part, I think, from the friendships formed and experiences shared in a moderately sized, somewhat isolated, residential community. The character of the campus unquestionably also contributes to it. So probably do the loyalty and affection for Princeton displayed by so many alumni, generation after generation. …"

Goheen was born Aug. 15, 1919, in Vengurla, India, where his parents were serving as Presbyterian medical missionaries. He moved to the United States in 1934 to finish his high school education at the Lawrenceville School, and graduated with honors in two years. At age 17 he entered Princeton, the alma mater of both his grandfather and his brother, as a member of the class of 1940. 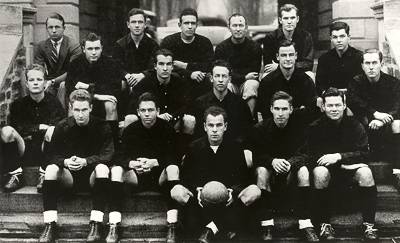 He excelled in his coursework, winning the Pyne Honor Prize, the highest general distinction conferred upon undergraduates. Goheen also was an accomplished soccer player at Princeton, and would go on to participate in sports, particularly golf and tennis, throughout his life. His family also recalls him as a lifelong fan of Princeton athletics and an avid fisherman and gardener.

After earning an A.B. in classics, he enrolled in Princeton's Graduate School to continue his study in the field. However, his work was interrupted by his induction into the Army in the buildup to World War II. He served in the intelligence section of the 1st Cavalry Division for more than four years, attaining the rank of lieutenant colonel.

Goheen re-enrolled in 1945 and combined his graduate studies with work as a part-time preceptor and tutor. He earned his M.A. in 1947 and his Ph.D. in 1948, both in classics. He continued teaching classics at Princeton and was named an assistant professor in 1950. From 1953 to 1956, he was the director of the National Woodrow Wilson Fellowship Program. 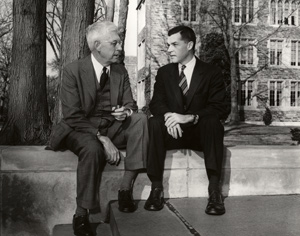 In 1956, he was selected to become Princeton's 16th president and, when he assumed office on July 1, 1957, he was the third youngest president in the University's history.

Goheen's own thoughts and recollections about his time at Princeton recently were videotaped and placed on file in the University's Mudd Manuscript Library. In the interviews, Goheen said that he was most proud of his efforts to diversify the campus. Princeton first opened its doors to women as graduate students in 1961 and as regular members of the undergraduate student body in 1969. Under Goheen's leadership, it also implemented measures to attract a more racially and ethnically diverse group of students and faculty.

"Diversity, pushing the effort to get more blacks and other minorities into the University body, whether it be student body or faculty, and then the women -- I think both of those changed the character of Princeton for the better," he said.

Goheen also was known for his efforts to incorporate more faculty and student voices into University governance. This priority became most important during the late 1960s and early 1970s, as many campuses erupted in protests.

After the American invasion in Cambodia, student protests culminated in a general strike at Princeton. Goheen spoke at the assembly of students, faculty and staff on May 4, 1970. Many attributed the relatively peaceful way the campus dealt with the issues to the wisdom and flexibility of Goheen's administration.

Goheen also led the University's first capital fundraising drive, the $53 Million for Princeton University Campaign launched on Feb. 21, 1959. The three-year effort ultimately raised more than $60 million to strengthen the endowment and finance new buildings -- notably the expansion of the Engineering Quadrangle. Also built during his presidency were Jadwin Gymnasium, the University Art Museum, the Woolworth Center of Musical Studies, the Architecture Building, and Robertson, Fine, Jadwin and Peyton halls. 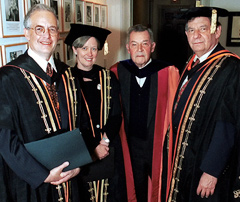 "What a wonderful man he was, and what a great educational leader," said William G. Bowen, who was provost for five years under Goheen and then served as president from 1972 to 1988. "Bob Goheen was the architect of the modern Princeton. His vision, his character, shaped not only the visible contours of the University but even more its values and commitments. It was such a privilege to work with him, through good days and bad, and to know him as a close, lifelong friend. He was the teacher of us all."

Harold T. Shapiro, president of Princeton from 1988 to 2001, also described Goheen as "the first architect of today's Princeton. He started us on the path to what Princeton is today: a coeducational, diverse, research university of great international stature. It wasn't easy to lead Princeton through these transformations, but Bob Goheen was a man of enormous personal courage and integrity who could admit when he was wrong, who listened carefully to others, and who had a clear understanding of the University's core values and highest priorities."

After retiring as president of Princeton, Goheen served as president of the Council on Foundations from 1972 to 1976 and as president of the Edna McConnell Clark Foundation from January through April 1977. President Jimmy Carter then appointed him ambassador to India, where he served from May 1977 through December 1980. Having been born and raised in India, Goheen described his appointment as an opportunity to return to his first home.

Over the years, Goheen served as a board member of numerous organizations, ranging from American University of Beirut to the National Humanities Center in Research Triangle Park, N.C., to the Village Charter School in Trenton, N.J. He was active in the American Philosophical Society and Princeton Future.

Burial will be private. A service of remembrance and celebration will take place at 1:30 p.m. Sunday, April 27, in the University Chapel.

In lieu of flowers, the family has requested that memorial contributions be made to Princeton University's Annual Giving program.

View or share comments on a blog intended to honor Goheen's life and legacy.