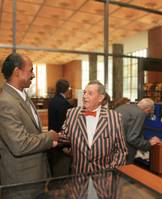 Melvin McCray (left), a member of Princeton's class of 1974, joined Princeton President Emeritus Robert F. Goheen in the Firestone Library lobby for the opening of an exhibition celebrating Goheen's 70-year association with the University. The exhibition, titled "Student, Scholar, President: Robert F. Goheen at Princeton, 1936-2006," will run through the end of the calendar year. At a reception for the Sept. 17 exhibition opening, McCray and other speakers lauded Goheen for his legacy of leadership at Princeton.

At left: Goheen, pictured in the Freshman Herald, first came to Princeton as a 17-year-old freshman in 1936. He went on to earn bachelor's, master's and doctoral degrees and to serve as a faculty member before becoming president in 1957.


Below left: Pictured here toward the end of his tenure as president, Goheen oversaw a period of rapid change and great tension on the campus. Under his leadership, Princeton became coeducational, made progress in ethnic and racial diversity and coped with protests against the war in Vietnam.


Bottom left: The exhibition includes excerpts from videotaped interviews in which Goheen shares his thoughts and recollections about his career at Princeton and beyond. He is pictured here during a taping.

Some 150 people attended a reception marking the opening of the exhibition on Sunday, Sept. 17, in Betts Auditorium in the School of Architecture. Princeton President Shirley M. Tilghman and other speakers lauded Goheen for leading the University through a period of rapid change and great tension on the campus with vision, tenacity, compassion and humility.

During his tenure, Princeton became coeducational, made progress in ethnic and racial diversity and coped with protests against the war in Vietnam. The annual budget quadrupled, alumni contributions more than doubled and 25 new buildings were constructed on the main campus.

"If Woodrow Wilson laid the foundations of today's Princeton, Bob Goheen erected the pillars that turned a largely homogeneous college of modest aspirations into an intellectual powerhouse that embraced diversity, new fields of knowledge and the democratic aspirations of its faculty and students -- a place where tradition and innovation were skillfully, and some might even say miraculously, balanced at a time of disorienting social change," Tilghman said.

Goheen displayed his trademark modesty in thanking those who attended the event in his honor, saying, "I am deeply touched by those of you who have come to be with us today, interrupting your Sunday afternoon when you could be cheering for the Giants or Eagles."

Goheen also thanked his wife, Margaret Skelly Goheen, for the "critically important role" she has played in his life. "At every step along the way she's been just an enormous strength and encouragement to me," he said. 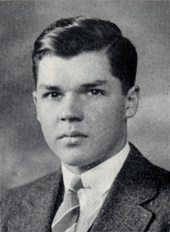 Goheen first came to the University as a 17-year-old freshman in 1936. He went on to earn bachelor's, master's and doctoral degrees, to serve as a faculty member and, in 1957, to become one of the youngest presidents in Princeton's history.

After retiring from the presidency in 1972, Goheen left the University to serve in a number of positions, including president of the Council on Foundations and ambassador to India. He returned to Princeton in 1981 as a senior fellow in public and international affairs in the Woodrow Wilson School and continues to be an active member of the University community.

"Bob Goheen has had a remarkable career," said University Archivist Dan Linke. "He has epitomized the University's informal motto, 'Princeton in the nation's service and in the service of all nations,' as he has served the University, the philanthropic foundation community and our country."

Linke co-curated the exhibition along with Helene van Rossum, who processed both Goheen's personal and professional papers when he donated them to Mudd Manuscript Library. The exhibition draws from that and other University Archives collections and includes photographs, news clippings and documents ranging from a paper Goheen wrote as a junior to a 1968 University report, "The Education of Women at Princeton," that recommended coeducation.

Also featured are excerpts from a talk Goheen gave at the opening ceremony of Princeton's 250th anniversary celebration in 1996, including this statement that perhaps explains his long affiliation with the University: "There was — and I believe there still is — a peculiar atmosphere about [Princeton] that grabs many of us and never lets go. It arises in part, I think, from the friendships formed and experiences shared in a moderately sized, somewhat isolated, residential community. The character of the campus unquestionably also contributes to it. So probably do the loyalty and affection for Princeton displayed by so many alumni, generation after generation. …"

Princeton was a logical choice for Goheen, whose grandfather and brother graduated from the University. Born in India while his parents were serving as Presbyterian missionaries there, he moved to the United States in 1934 to finish his high school education at the Lawrenceville School. He graduated with honors in two years and entered Princeton as a member of the class of 1940.

The exhibition includes materials from his undergraduate years, including a photograph of Goheen as the winner of the Pyne Honor Prize, the highest general distinction conferred upon undergraduates. After graduation, he enrolled in Princeton's Graduate School to study classics. However, his studies were interrupted with his induction into the Army in the buildup to World War II.

Goheen re-enrolled in 1945 and combined his graduate studies with work as a part-time preceptor and tutor. He earned his M.A. in 1947 and his Ph.D. in 1948. The exhibition includes a copy of his first book based on his dissertation, "The Imagery of Sophocles' Antigone: A Study of Poetic Language and Structure," which was published by Princeton University Press. He continued teaching classics at Princeton and was named an assistant professor in 1950.

Six years later, he was selected to become Princeton's 16th president. When he assumed office on Jan. 1, 1957, he was only 37 years old — the youngest president since Samuel Davies was named to the post at age 35 in 1759. The exhibition includes a range of memorabilia from his presidential years, from a photograph of his family moving into Prospect House to his pocket-sized speech notes for an alumni event (he preferred to speak extemporaneously). 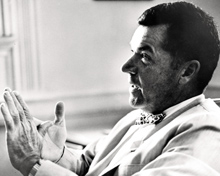 A special section of the exhibition titled "Change" focuses on the physical expansion of the campus and the increasing diversity of the student body. Another section, titled "Turmoil," details through documents and photographs the campus unrest at the time. "When, after the American invasion in Cambodia, student protests culminated in a general strike, Goheen himself spoke at the assembly of students, faculty and staff on May 4, 1970," write the curators in supporting material for the exhibition. "Observers attributed the relatively peaceful way the campus dealt with the issues to the wisdom and flexibility of Goheen's administration."

The exhibition concludes by showcasing the next stage of Goheen's career. He served as president of the Council on Foundations and then, for a short time, as president of the Edna McConnell Clark Foundation. In 1977, President Jimmy Carter appointed him ambassador to India, where he served until 1980.

"Our intent with this exhibition is to celebrate a remarkable milestone as there are few individuals with such a long and distinguished association with the University," Linke said. Added van Rossum, "In reviewing the vast amount of documents his administration produced, one cannot help but feel impressed with the way Goheen balanced so many conflicting forces. He managed to realize his views about education and Princeton's future with intelligence, integrity, tact and personal charm. It is interesting to see how those qualities were already emerging as a student, and how he applied them after his presidential years." 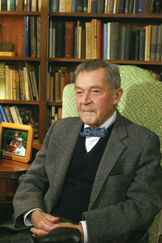 Goheen's own thoughts and recollections recently have been recorded as part of a project sponsored by the University Archives and the Office of the University Secretary. Linke and Kathy Taylor, director for special projects in the Office of the Alumni Association, collaborated to produce four one-hour videotaped interviews with the president emeritus that are now on file at Mudd Manuscript Library. Excerpts from those tapes are part of the exhibition.