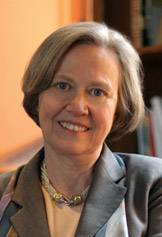 Princeton University President Shirley M. Tilghman has been named chair of the Association of American Universities (AAU), a nonprofit organization representing 60 of the nation's leading public and private research universities, as well as two major universities in Canada.

Tilghman, who has served as vice chair for the past year, assumed her new role on Tuesday, Oct. 21, at the conclusion of the association's fall membership meeting at Case Western Reserve University in Cleveland. She takes over the one-year position from Graham Spanier, president of the Pennsylvania State University.

AAU addresses issues that are important to research-intensive universities, such as funding for research, graduate education and research policy. The organization's recent activities have included a focus on issues related to college costs and the role of university endowments in sustaining the country's leadership in research. Tilghman participated in a roundtable discussion on endowment spending Sept. 8 on Capitol Hill on behalf of Princeton and as vice chair of AAU.

Tilghman has served as a member of the association's executive committee since October 2003. As the AAU's new chair, she will represent the association in its efforts to strengthen the nation's research universities and maintain productive partnerships between them and the federal government, as well as with international institutions.

"American universities are among the finest in the world, and it is critical that we sustain and enhance their capacities to educate students, to engage in research, discovery and innovation, and to serve their communities, states, and regions across the country and abroad," Tilghman said. "I look forward to working with my colleagues at all the AAU member universities, as well as with colleagues at the other higher education associations that represent America’s colleges and universities in Washington."

The AAU member universities in the United States award more than half of all the country's doctoral degrees, with 55 percent of those awarded in the sciences and engineering. Among their numerous research contributions, AAU institutions have pioneered the development of the Internet, revolutionized agriculture, and developed vaccines and antibiotics that have improved the health of millions of people. The association currently is working to restore funding for competitiveness and innovation initiatives.

Tilghman is a member of the American Philosophical Society, the National Academy of Sciences, the Institute of Medicine and the Royal Society of London. A member of the National Research Council's committee that set the blueprint for the U.S. effort in the Human Genome Project, she also was one of the founding members of the National Advisory Council of the Human Genome Project for the National Institutes of Health. She has received the Lifetime Achievement Award from the Society for Developmental Biology, and was awarded the Genetics Society of America Medal for outstanding contributions to her field.

The Association of American Universities was founded in 1900 to advance the international standing of U.S. research universities. Princeton was among the 14 founding institutions of AAU, which today focuses on federal government relations, policy studies and public affairs.