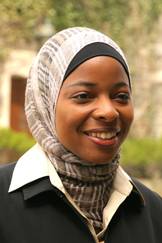 Intisar Rabb, a graduate student in Princeton's Department of Near Eastern Studies, has been selected as one of 24 recipients of a 2009 Carnegie Scholarship.

Rabb will receive a two-year grant of up to $100,000 from the Carnegie Corp. of New York to pursue a research project titled "Islamic Law and Legal Change: The Internal Critique."

Rabb, who is trained in Islamic and American law, will examine Muslim juristic debates about modern legislation and implementation of classical Islamic criminal law. Her work will focus on these distinctly "internal" critiques -- balancing them, and those who present them, against critical assessments of Islamic law offered by human rights activists in the local and international legal arenas. Rabb will survey criminal law practices -- not all of which are "Islamic" -- in the 27 countries that have incorporated Islamic law into their constitutions or allow for a jurisdiction of Islamic criminal law. She will present her survey findings in a public, online database aimed at scholars, legal institutions, nongovernmental organizations and policymakers.

Rabb also will conduct a comparative study of judicial debates in Iran and Saudi Arabia, with reference to Pakistan, for a book intended for international lawyers, scholars, the media and the public.

Rabb is a graduate of Georgetown University and holds a law degree from Yale Law School; she also has studied in Egypt, Syria, Iran, Morocco and Senegal. From 2006 to 2007, she served as a clerk to Judge Thomas Ambro of the 3rd U.S. Circuit Court of Appeals. As a Whiting Fellow at Princeton, Rabb is completing her doctoral dissertation on legal maxims in comparative American and Islamic law. She has held fellowships from the University Center for Human Values and the Center for the Study of Religion, and was selected as a 2009 Hoffman Scholar by Princeton's Alumni Association in recognition of outstanding doctoral research. She also is a graduate associate of the Program in Law and Public Affairs.

Next year, Rabb will join the faculty of the Boston College Law School, where she will teach criminal law, legislation, and Islamic and comparative law.

Carnegie Scholars are selected from names provided by more than 500 nominators representing a broad range of disciplines and institutions, including academia, research institutes, nonprofit organizations, the media and foundations. Selections are based on the scholars' ability -- or promise -- to spark academic and public debate, and on work that transcends academic boundaries.