Chantal Berman, Cole Bunzel, Matthew Edwards and Georgios Moschidis have been named winners of the Porter Ogden Jacobus Fellowship, Princeton University’s top honor for graduate students. The fellowships support their final year of study at Princeton and are awarded to one Ph.D. student in each of the four divisions (humanities, social sciences, natural sciences and engineering) whose work has exhibited the highest scholarly excellence.

The Jacobus Fellows will be honored at Alumni Day ceremonies Saturday, Feb. 24, at Jadwin Gymnasium. 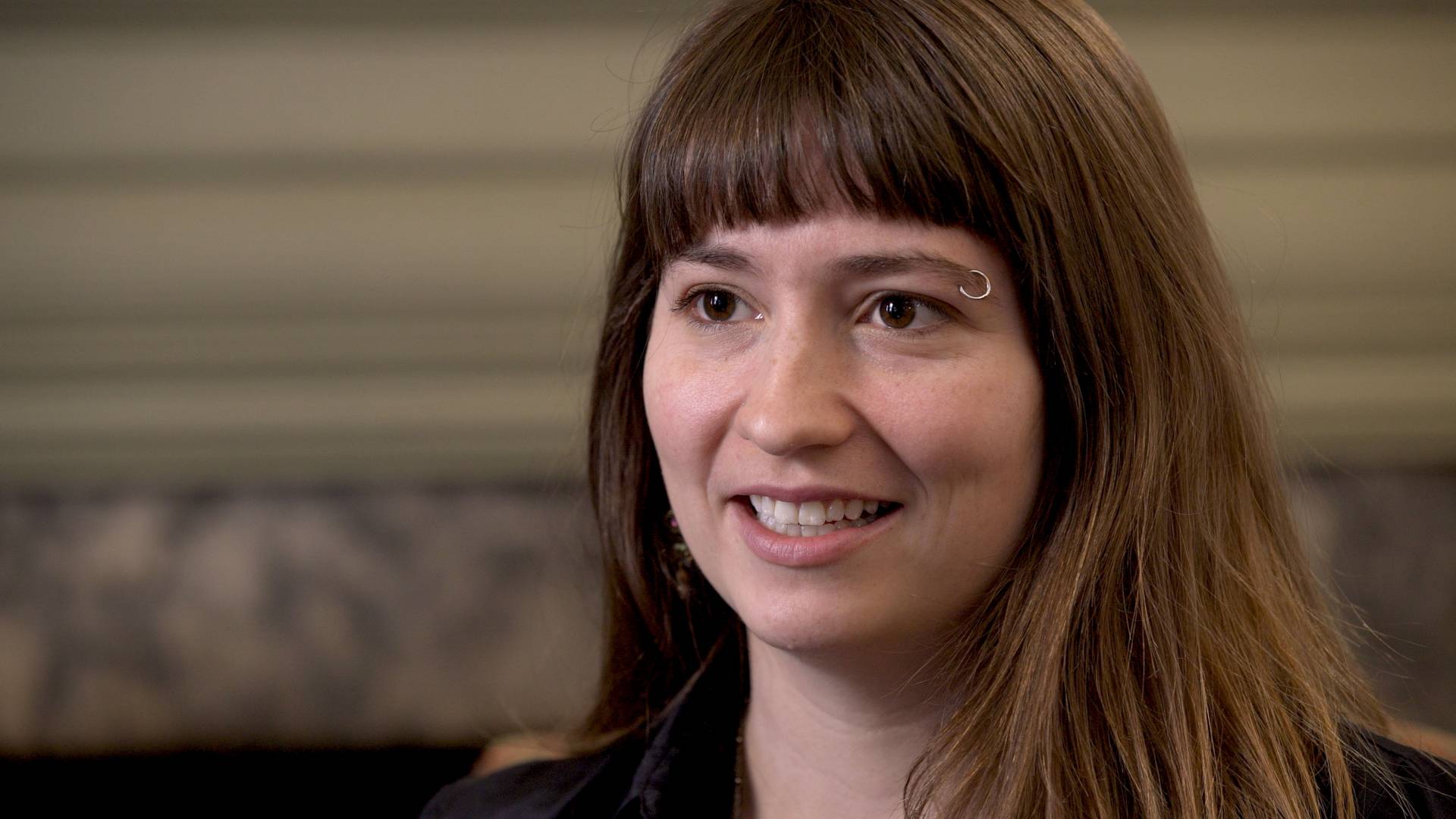 Chantal Berman, a doctoral student in politics who came to Princeton in 2012, received a bachelor’s degree in international relations and Middle East studies from Brown University.

Berman’s dissertation, “Protest, Social Policy and Political Regimes in Tunisia and Morocco,” provides an analysis of how the Arab Spring revolts shifted the ways in which states respond to social protest movements. She has spent significant time in the field and has built databases of protests, sit-ins and strikes in both countries to add to her qualitative work based on extensive interviews with activists, syndicalists and public officials. Berman’s dissertation is supported by major research grants from the Social Science Research Council, the National Science Foundation and the American Institute for Maghreb Studies.

Berman, who plans to pursue a career in academia, said she intends to develop her dissertation into a book and publish related papers based on her protest event datasets, including analyses of protest policing and state violence toward activists.

“A major, long-term career goal is to extend my contentious events datasets to cover other countries in the Middle East, and to make these databases available to both social science colleagues and to my contacts at civil society groups in the region, who may leverage them to build stronger campaigns for social and civic rights,” she said.

Her adviser, Amaney Jamal, the Edwards S. Sanford Professor of Politics and director of the Mamdouha S. Bobst Center for Peace and Justice, called Berman’s dissertation “of great theoretical and empirical importance.”

“This dissertation is a conceptually brilliant undertaking,” Jamal noted. “But it also requires a wealth of information that must be collected on the ground in both Tunisia and Morocco. It includes an event dataset that is derived almost exclusively from qualitative material, including interviews, content analysis from local newspapers, and other on the ground material. … This event dataset will be an exemplary source of data for others to build upon in future work.” 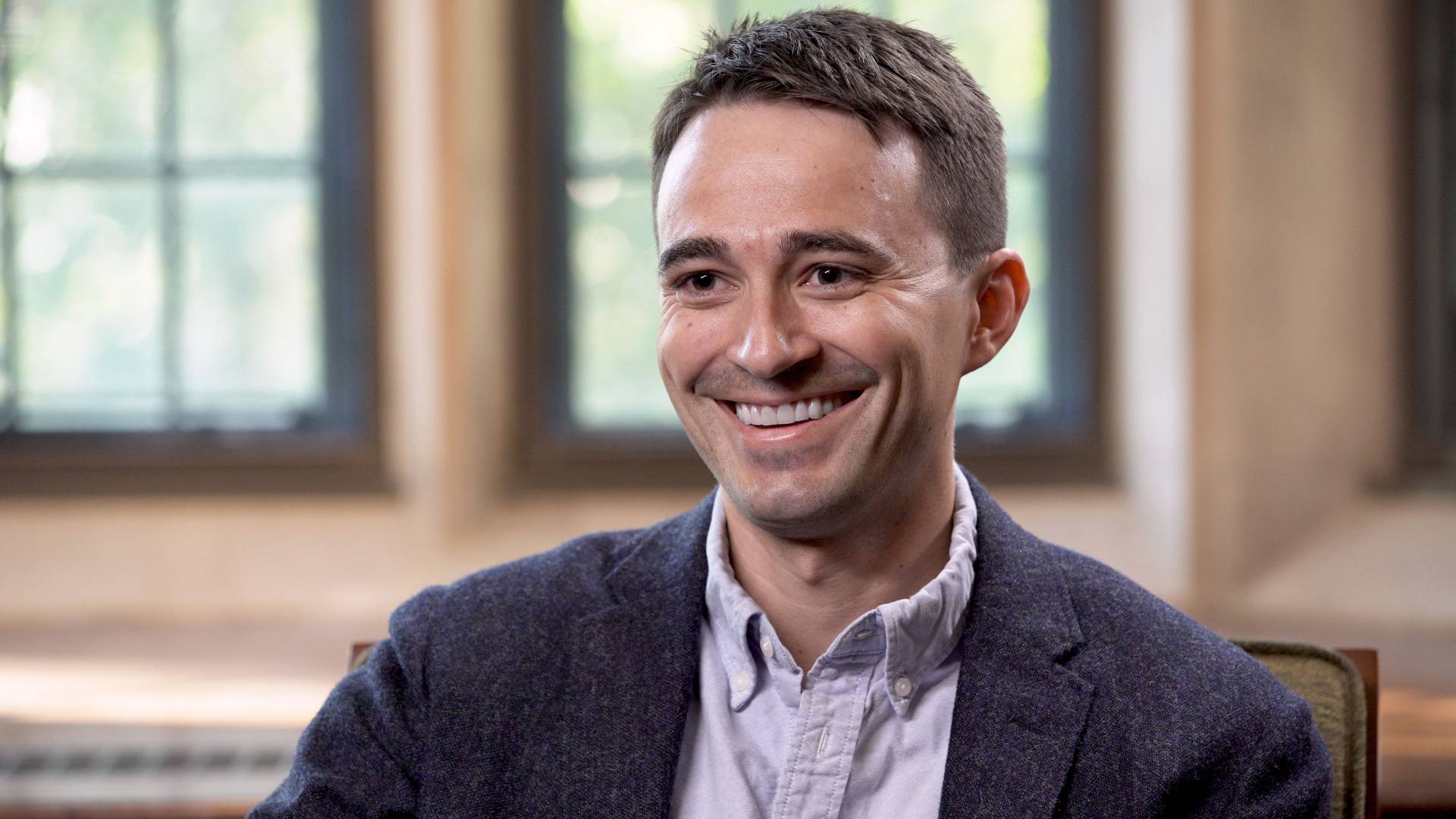 Cole Bunzel, a doctoral student in Near Eastern studies, earned his A.B. in the field from Princeton in 2008. He holds a master’s degree in international relations from Johns Hopkins University and started his Ph.D. program at Princeton in 2012.

Bunzel’s dissertation, “The Escalation of Enmity: The Origins and Evolution of Militant Wahhābism,” is an intellectual and political history of Wahhābism in Saudi Arabia — the movement to which al-Qaida and the Islamic State group claim to belong — that reexamines its earliest beginnings, development and its interpretations in contemporary jihadism.

“The twin focuses of my present work — Wahhābism and jihadism — indicate the range of my research interests, which oscillate between past and present, taking me from obscure 18th-century manuscripts to the Twitter accounts and Telegram channels of the jihadis,” Bunzel said. “My dissertation brings these interests together in a broad-ranging reexamination of the history and doctrine of militant Wahhābism, which the jihadis have seized upon in recent years as the main theological justification for their movement.”

Bunzel is a recipient of a Princeton Institute for International and Regional Studies summer research grant and a scholarship from the Ladislas Pathy Scholarship Fund. He also was awarded the World Politics and Statecraft Fellowship from the Smith Richardson Foundation and visiting scholarships at King Faisal Center for Research and Islamic Studies in Riyadh, Saudi Arabia.

This past fall, Bunzel participated in the Collaborative Teaching Initiative, co-teaching “Jihadism in the Modern Middle East” with his adviser, Bernard Haykel, professor of Near Eastern studies and director of the Institute for Transregional Study of the Contemporary Middle East, North Africa and Central Asia. Bunzel said it is exactly the type of course he hopes to teach one day as a professor.

Haykel, who also is director of the Program in Near Eastern Studies, said Bunzel is “the most gifted scholar I have taught in my academic career.” Commenting on Bunzel's research in Saudi Arabia, Haykel said, “He amassed a trove of primary source material, negotiated access to private libraries in provincial towns that have never been visited by a foreign researcher, and developed a keen understanding of Saudi society and politics.

“His drive, language and analytical skills are truly extraordinary. There are very few scholars today who can cover such a range of sources and timespan, as well as explain the politics of religious puritanism with verve and clarity as Cole does.” 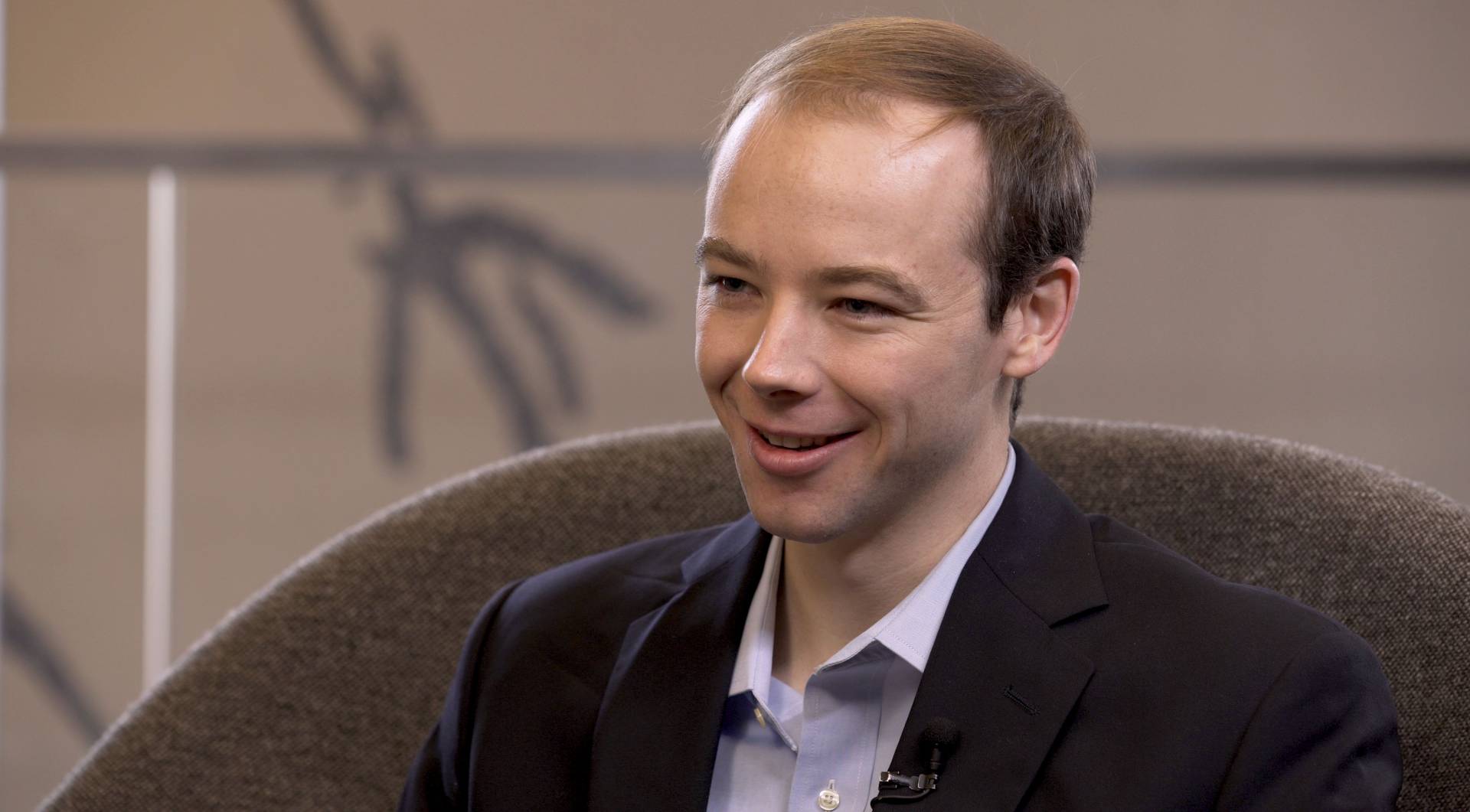 Matthew Edwards, a doctoral student in mechanical and aerospace engineering, earned his B.S.E. at Princeton in the same department in 2012, with certificates in engineering physics and in robotics and intelligent systems. He began his Ph.D. program in 2013 and plans to pursue an academic career.

Edwards’ dissertation considers the development and application of high-power sources of coherent ultrafast radiation — for example, high-intensity X-ray bursts bright enough to capture the structure of an isolated protein, and infrared pulses that “for a few millionths of a billionth of a second deliver the power of a million nuclear plants onto an area smaller than the cross section of a human hair.”

“The development of lasers and laser-like sources of radiation with extreme properties in intensity, wavelength and pulse duration promises advances in both applied and fundamental physics, including particle accelerators and synchrotrons that fit on a table,” he said. “Continued progress requires both the improvement of current methods and the proposal of new mechanisms to surpass limits on existing technology.”

In addition to receiving the School of Engineering and Applied Science Award for Excellence, Edwards was awarded a SPIE Optics and Photonics Education Scholarship, the Sayre Award for Academic Excellence and a Guggenheim Fellowship.

His adviser, Julia Mikhailova, an assistant professor of mechanical and aerospace engineering, said Edwards’ research output has been prodigious, with 21 publications in refereed journals. He is first author on 11 of them.

“His pioneering ideas and inventions are already moving the frontiers of optical and plasma science,” Mikhailova said.

She added that Edwards is “a very impressive independent contributor yet always willing to interact and collaborate. … Matthew is very enthusiastic about helping and teaching people, be they students, teammates or even his supervisors. I received more help from him through these years than he received from me.” 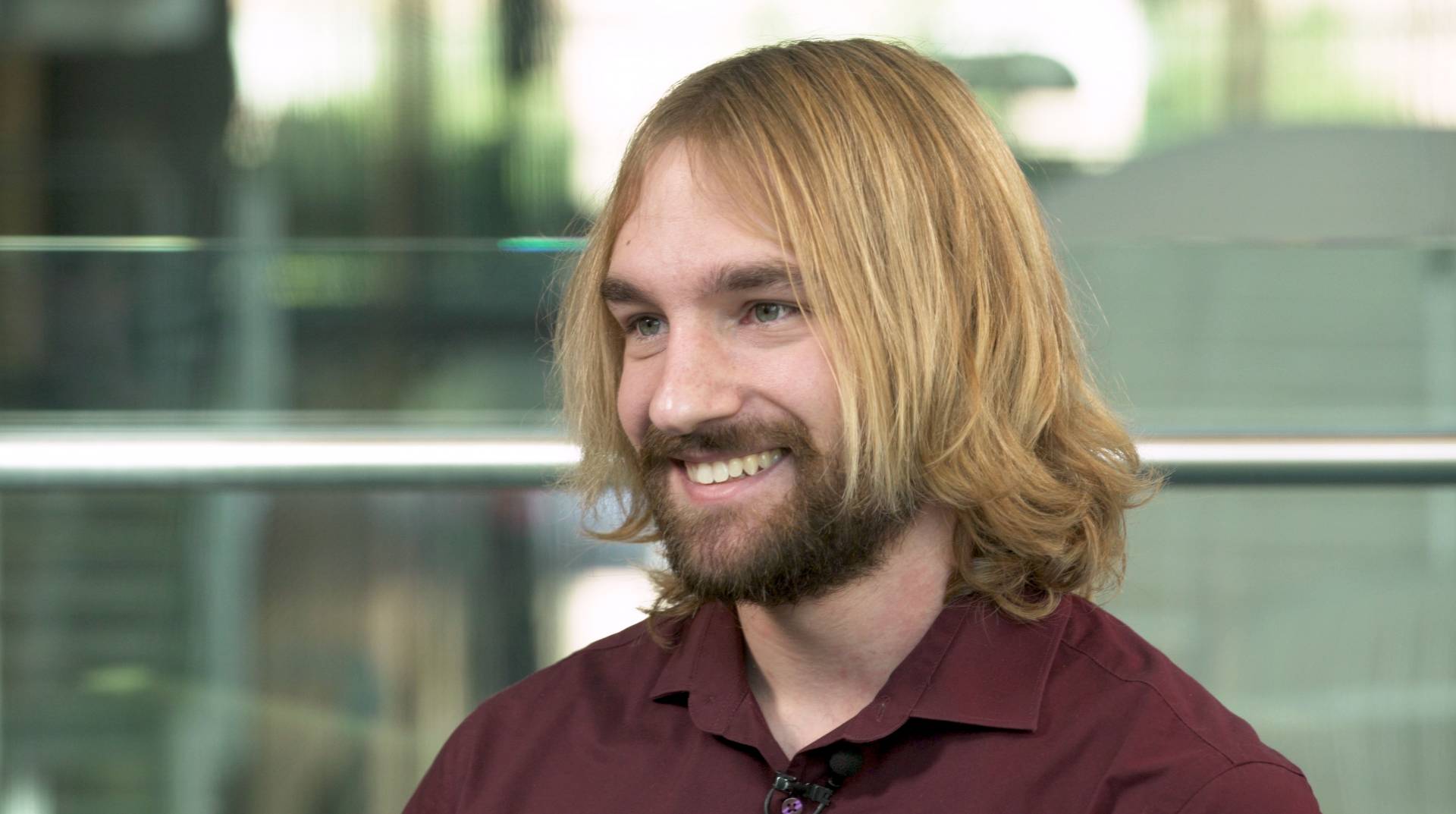 As part of his dissertation work, he resolved two well-known open conjectures in classical general relativity, the theory of gravity formulated by Albert Einstein in 1915.

His dissertation, “Stability and instability results in general relativity,” provides the first rigorous proof of the instability of Anti-de Sitter (AdS) spacetime in the presence of matter. “While the instability of AdS spacetime in the absence of matter remains a challenging open problem, the ideas and techniques developed as part of my dissertation render this conjecture more tractable,” he said. “Hence, I am confident that, in the forthcoming years, I will be able to make significant progress towards establishing the AdS instability conjecture.”

Moschidis was awarded a Stanley J. Seeger Fellowship from the Seeger Center for Hellenic Studies and also received the Thomaideio Prize from 2009-13 at National Technical University of Athens.

Moschidis’ adviser, Mihalis Dafermos, a professor of mathematics, said Moschidis’ proof is “ingenious” and that its publication this year will be “very influential for future developments in the mathematics of general relativity.”

“I find this result to be perhaps the most original mathematical development I have seen in general relativity in recent years,” Dafermos added.