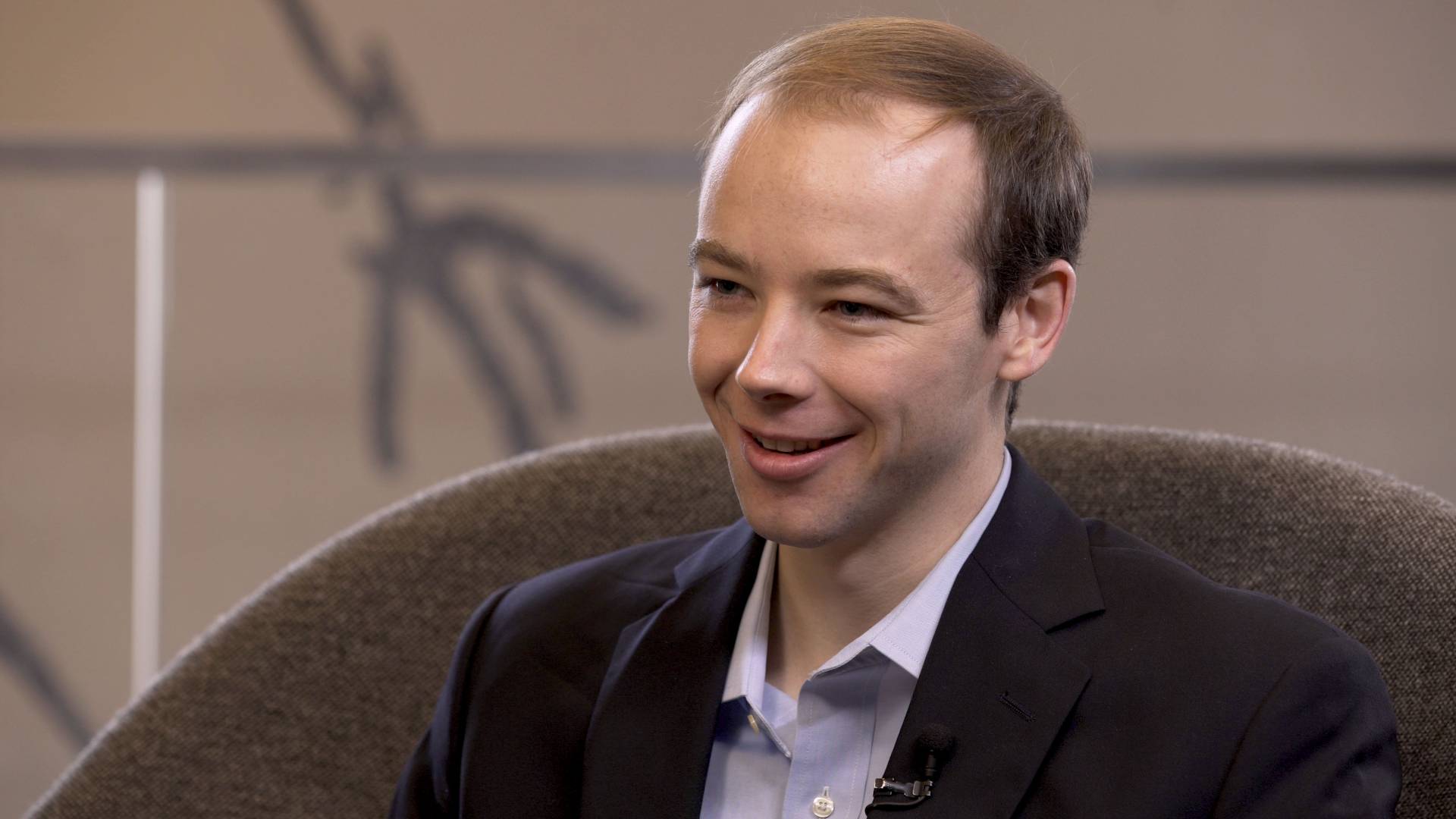 Matthew Edwards, a doctoral student in mechanical and aerospace engineering, is one of four winners of this year's Porter Ogden Jacobus Fellowship, Princeton University’s top honor for graduate students.

Matthew Edwards is one of four winners of this year’s Porter Ogden Jacobus Fellowship, Princeton University’s top honor for graduate students, along with Chantal Berman, Cole Bunzel and Georgios Moschidis.

The fellowships support the students’ final year of study at Princeton and are awarded to one Ph.D. student in each of the four divisions (humanities, social sciences, natural sciences and engineering) whose work has exhibited the highest scholarly excellence. The Jacobus Fellows were honored at Alumni Day ceremonies Saturday, Feb. 24.

Edwards, a doctoral student in mechanical and aerospace engineering, earned his B.S.E. at Princeton in the same department in 2012, with certificates in engineering physics and in robotics and intelligent systems. He began his Ph.D. program in 2013 and plans to pursue an academic career.

Edwards’ dissertation, discussed in the video above, considers the development and application of high-power sources of coherent ultrafast radiation — for example, high-intensity X-ray bursts bright enough to capture the structure of an isolated protein, and infrared pulses that “for a few millionths of a billionth of a second deliver the power of a million nuclear plants onto an area smaller than the cross section of a human hair.”

“The development of lasers and laser-like sources of radiation with extreme properties in intensity, wavelength and pulse duration promises advances in both applied and fundamental physics, including particle accelerators and synchrotrons that fit on a table,” he said. “Continued progress requires both the improvement of current methods and the proposal of new mechanisms to surpass limits on existing technology.”

In addition to receiving the School of Engineering and Applied Science Award for Excellence, Edwards was awarded a SPIE Optics and Photonics Education Scholarship, the Sayre Award for Academic Excellence and a Guggenheim Fellowship.

His adviser, Julia Mikhailova, an assistant professor of mechanical and aerospace engineering, said Edwards’ research output has been prodigious, with 21 publications in refereed journals. He is first author on 11 of them.

“His pioneering ideas and inventions are already moving the frontiers of optical and plasma science,” Mikhailova said.

She added that Edwards is “a very impressive independent contributor yet always willing to interact and collaborate. … Matthew is very enthusiastic about helping and teaching people, be they students, teammates or even his supervisors. I received more help from him through these years than he received from me.”