Máté Bezdek, Sarah Carson, Daniel Floryan and Matthew Ritger have been named winners of the Porter Ogden Jacobus Fellowship, Princeton University’s top honor for graduate students. The fellowships support their final year of study at Princeton and are awarded to one Ph.D. student in each of the four divisions (humanities, social sciences, natural sciences and engineering) whose work has exhibited the highest scholarly excellence. 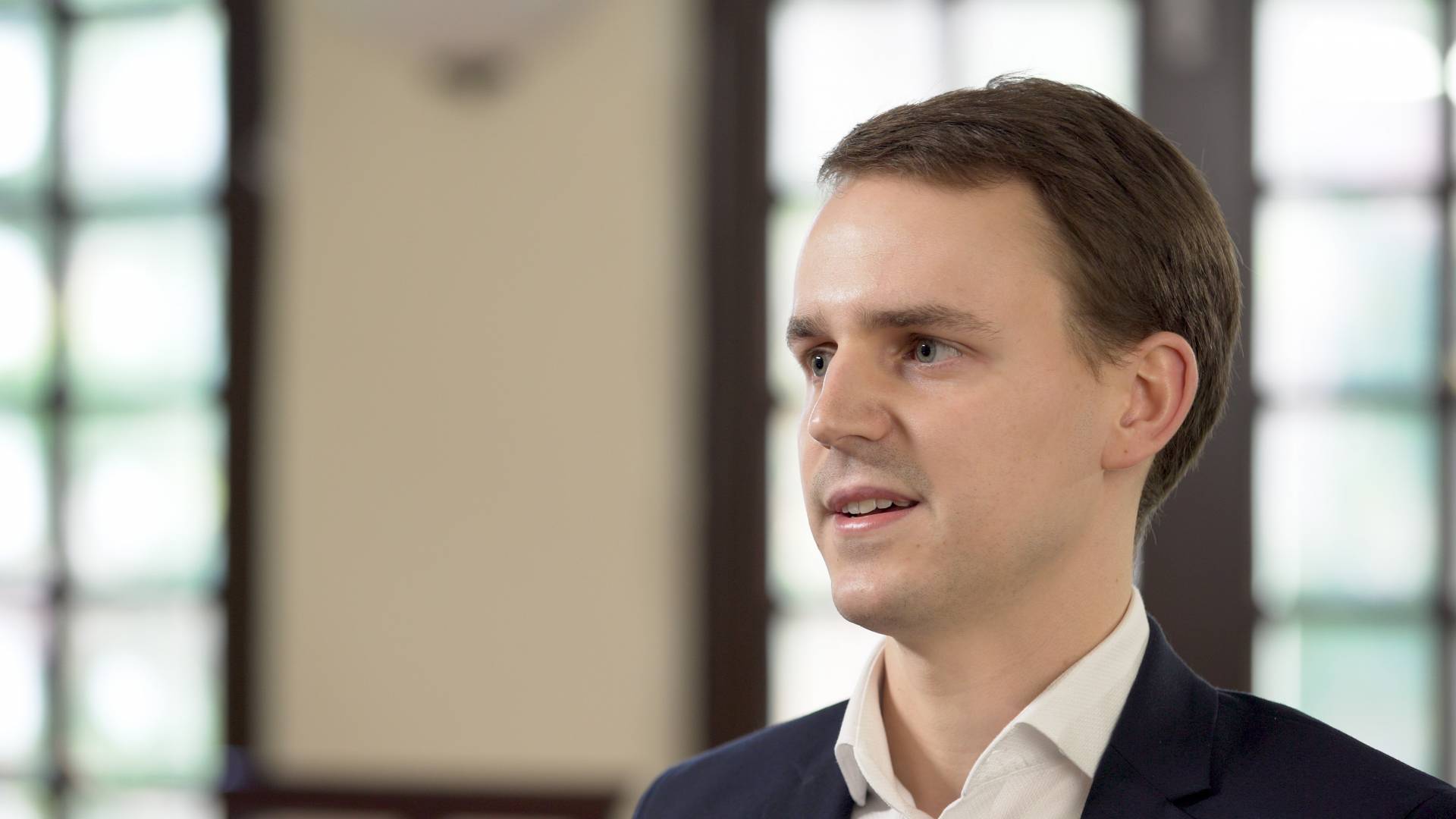 Máté Bezdek, a doctoral student in inorganic chemistry who came to Princeton in 2014, earned a bachelor’s degree in chemistry from the University of Calgary.

His dissertation, “Interconversion of Ammonia with its Elements by Molybdenum Complexes: Fundamental Investigations,” has implications for the development of environmentally friendly fuels using ammonia.

Bezdek’s research explores the fundamental thermochemistry associated with the making and breaking of bonds between nitrogen and hydrogen atoms, especially where the nitrogen atom is bound to a transition metal catalyst. A principal component in most modern fertilizers, ammonia (NH3) is hydrogen-rich and has many attractive properties as a transportable and carbon-neutral fuel.

“Developing more efficient and less expensive industrial catalysts, clean fuels or new pharmaceuticals positively impacts the human condition on a daily basis — often in ways that are not immediately apparent,” Bezdek said. “I hope to build on the expertise I have acquired and contribute to progress in these areas after graduate school.”

Bezdek said he plans to conduct postdoctoral research before pursuing an academic position. His areas of interest range from solving problems in energy science to developing functional materials.

Paul Chirik, the Edwards S. Sanford Professor of Chemistry, said Bezdek’s work has the potential to be groundbreaking. “It already has changed the way people think about chemical bonds, and I think that’s a really impressive accomplishment because the modern concept of the chemical bond has been around for over 120 years,” Chirik said. “That fundamental discovery will translate into all kinds of applications that I don’t think even we can envision right now.” 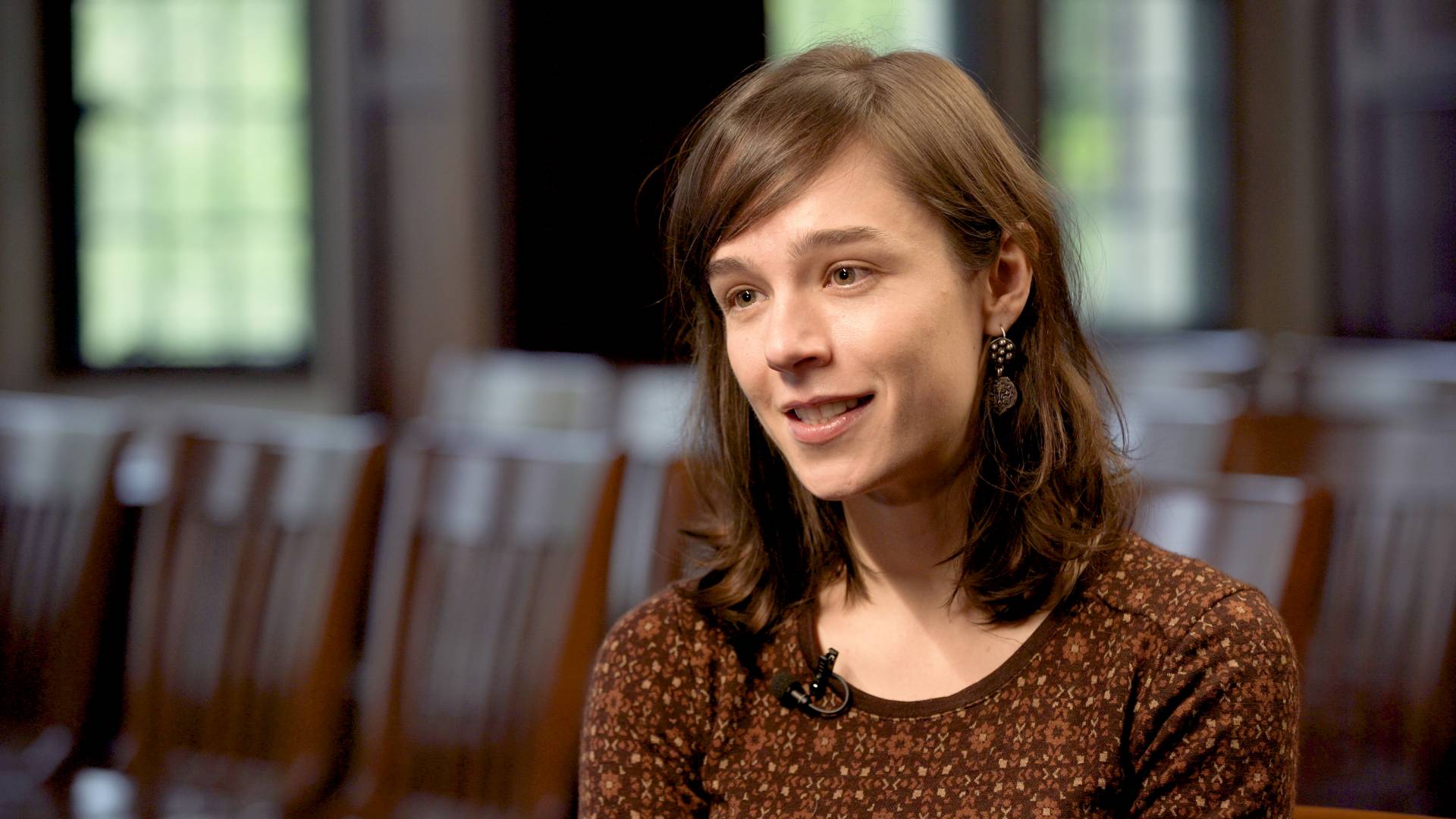 Sarah Carson, a doctoral student in history, arrived at Princeton in 2013. She received her B.A. from Dartmouth College and studied Hindi as a non-matriculated student at the University of Washington in Seattle.

Carson’s dissertation, “Ungovernable Winds: Weather Science in South Asia, 1864-1945,” examines the history of state meteorology in India to shed light on imperial governance and scientific future-telling. Drawing from archives and libraries across India, the United States and the United Kingdom, and weaving evidence from departmental records together with published scientific works, private papers, Bengali almanacs and fiction, she presents a narrative highlighting the complications of credibility and uncertainty that accompany the prediction of natural phenomena.

“My research shows that the uneasy historical relationship between state meteorologists and their varied publics has had lasting impacts on the credibility of science, scientists and government planners in India, offering lessons about the fallibility and vulnerability of predictive sciences,” she said. “These research interests align with my personal commitments to education and climate justice.”

As part of her project, Carson is filling an archival gap by building the historical record of the India Meteorological Department through oral history interviews and by encouraging scientists to preserve their personal papers and to write memoirs.

She was awarded a U.S. Department of State Critical Language Scholarship to study Hindi at the American Institute of Indian Studies in Jaipur, India. Prior to beginning her graduate research, she was named a Fulbright-Nehru English teaching assistant at the Kendriya Vidyalaya Cossipore School in Cossipore, Kolkata, India, which helped to set her future course of study.

Gyan Prakash, the Dayton-Stockton Professor of History, said Carson’s work stands out as a study of how a scientific discipline — meteorology — emerged in a particular historical and social context.

“Sarah’s work brings into view how the environment had always been an important part of India’s history, but something that was neglected,” Prakash said. “I think her work will showcase the importance of environmental history, and even those day-to-day things like crops and monsoon and agricultural production — to what extent they depend on an understanding of the weather, both scientifically and also in its popular form.” 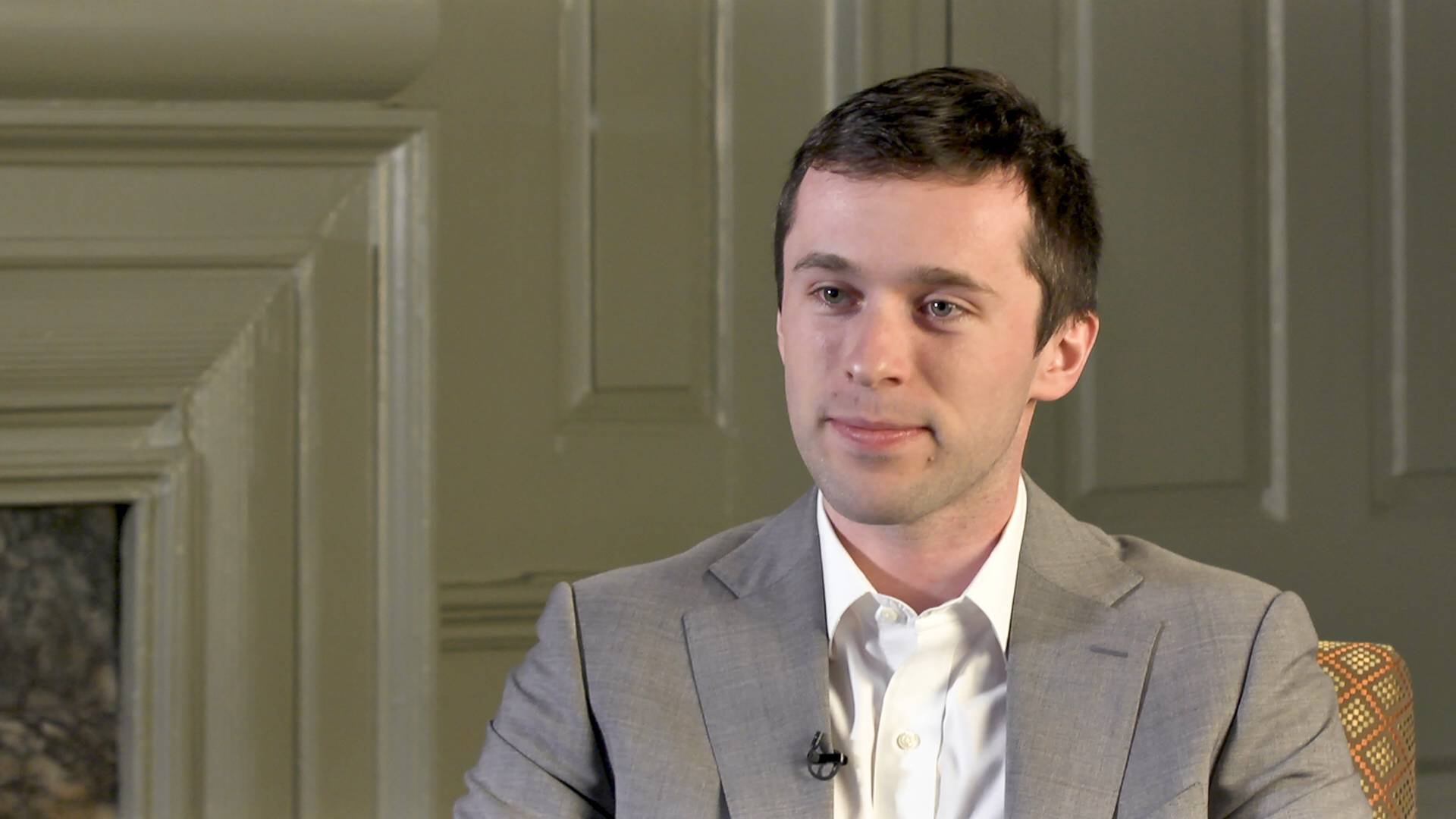 His dissertation, “Hydromechanics and optimization of fast and efficient swimming,” employs experimental and computational methods to better explain how fish swim most effectively. Using this understanding of the underlying physics of high-performance biolocomotion, Floryan provides guidance for its application in humanmade propulsion systems.

“In my career I plan to pursue questions of ‘how things work’ that can be explained by applied mathematics and principles of mechanics,” Floryan said.

At Princeton, Floryan has received the School of Engineering and Applied Science Award for Excellence, the Brit and Eli Harari Post Generals Fellowship, the Sayre Award for Academic Excellence, and the Charles W. Lummis Scholarship. He is a recipient of a 2015 Guggenheim Fellowship.

Floryan began his research after joining a U.S. Department of Defense Multidisciplinary University Research Initiative with Clarence Rowley, professor of mechanical and aerospace engineering, and Alexander Smits, the Eugene Higgins Professor of Mechanical and Aerospace Engineering, Emeritus, and senior scholar. In 2014, Smits and Rowley began investigating a basic understanding of the physics involved in swimming fish to serve as the foundation for building underwater vehicles for the U.S. Navy.

“What I didn’t expect, and what I think Lex didn’t expect either, was that one student would be able to work with both of us and make so much headway on both parts of this project,” Rowley said. “It’s also special that he has such a broad range of skills, in the lab, at a computer, and with a pencil and paper. He’s excellent at all of these things.”

Smits said Floryan’s research could change how swimming robots are designed and engineered.

“Daniel’s work has given us a lot of insight about how these systems scale up to larger sizes and then how to design the flexibility of a fin appropriately to get the most efficient performance or the greatest thrust from these fish-like swimmers,” Smits said. “It’s conceivable it will have a real impact.” 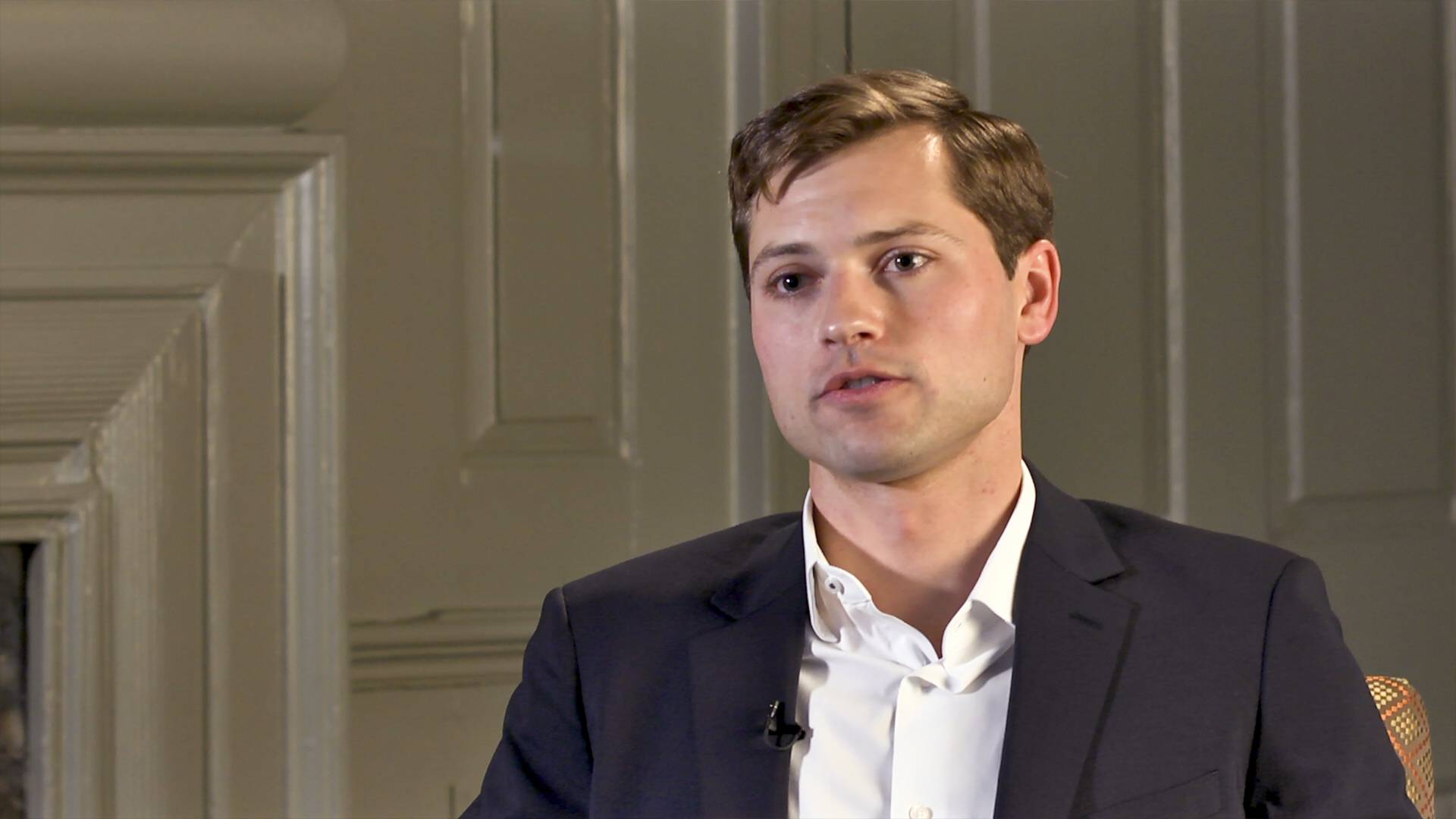 Matthew Ritger, a doctoral student in English who came to Princeton in 2014, earned a B.A. at Dartmouth College and an M.F.A. at Cornell University.

His dissertation, “Objects of Correction: Literature and the Birth of Modern Punishment,” constructs a critical history of rehabilitative punishments in the age of authors such as Thomas More, Shakespeare and Milton.

Ritger studies the role of imaginative literature during formative centuries for the ideas and the practices of correctional institutions, at a time when England’s very first “house of correction” — a new kind of prison that would go on to influence the later penitentiary — stood just next-door to one of Shakespeare’s stages.

“Teaching at Princeton and Cornell and spending time as a resident graduate student at Mathey College has made it clear to me that sharing my research with students is the goal,” Ritger said.

Ritger is the recipient of several research grants from the Center for Digital Humanities, the Princeton University Institute for International and Regional Studies, and the Center for the Study of Religion. He has spent significant time at the Rare Book School and the Folger Shakespeare Library, participating in their year-long dissertation seminar, as well as a six-week summer seminar on More’s “Utopia.”