Adam Lerner, Alexander "Sasha" Philippov, Henry Shapiro and Neereja Sundaresan have been named the winners of the Porter Ogden Jacobus Fellowship, Princeton University's top honor for graduate students. The fellowships support their final year of study at Princeton and are awarded to one Ph.D. student in each of the four divisions (humanities, social sciences, natural sciences and engineering) whose work has exhibited the highest scholarly excellence.

The Jacobus Fellows will be honored at Alumni Day ceremonies Saturday, Feb. 25, at Jadwin Gymnasium. 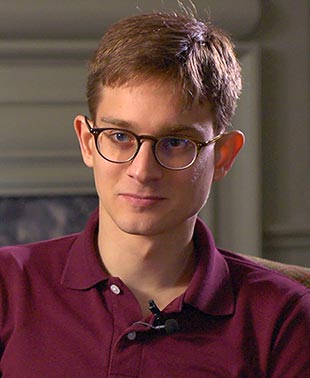 Lerner, a doctoral student in the Department of Philosophy who came to Princeton in 2012, earned his B.A. in philosophy and psychology from the College of William and Mary. In Lerner's dissertation, "Empathy, Moral Epistemology, and Moral Progress," he examines the role of empathy in determining what is morally right and then applies this reasoning to several moral debates. Using philosophy, psychology and neuroscience, Lerner argues that empathy plays a privileged role in understanding morally relevant facts, such as facts about the suffering of others.

Sarah-Jane Leslie, the Class of 1943 Professor of Philosophy and one of Lerner's doctoral advisers, said that Lerner's dissertation is convincing and original. Said Leslie: "Adam's work has consequences for a stunning range of highly consequential public policy debates. For example, he argues that rich countries should have exceptionally liberal immigration policies. He also makes the case that factory farming is perhaps the greatest injustice of our times, and that ending the practice should be a global priority. These conclusions are all highly controversial, but Adam's work on empathy poses an important challenge to those who take different views on these questions."

After earning his Ph.D., Lerner plans to continue studying empathy and how it relates to other issues, such as mental illness and the allocation of scarce medical resources. He is also interested in how other psychological phenomena, such as anger and implicit bias, influence moral intuitions about issues such as war and inequality. "Once we achieve a better understanding of why we hold the moral beliefs we do, we can at last make progress on a number of seemingly intractable debates in ethics and public policy," Lerner said. 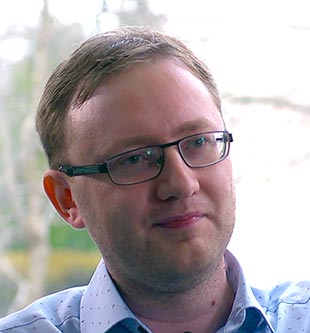 Philippov, a Ph.D. student in astrophysical sciences who came to Princeton in 2012, has bachelor's and master's degrees in applied physics and mathematics from the Moscow Institute of Physics and Technology. His dissertation provides greater understanding of pulsars, which are rotating magnetized neutron stars, through 3-D modeling of pulsars' magnetospheres.

Philippov's adviser Anatoly Spitkovsky, a professor of astrophysical sciences, credited Philippov with solving long-standing puzzles in the field through his research and more than a dozen published papers. "There are literally decades worth of radio observations of more than 2,000 pulsars, which will finally become possible to interpret with Sasha's results. Sasha is on track to make important and lasting contributions to the pulsar field," Spitkovsky said. "He has mastered numerical approaches to plasma simulations and demonstrated enviable analytic capacity. … Most importantly, Sasha has excellent physical intuition, a desire to solve complicated problems, and a crucial ability to identify the most important physical processes."

Philippov described his research on pulsars as "the most exciting adventure of my life," and he said he hopes to become a university faculty member in a theoretical astrophysics program. Following graduation, he will be a NASA Einstein postdoctoral fellow at the University of California-Berkeley. "Nature keeps surprising us with exotic and unexpected phenomena, and I hope that my experience will help me to attack new unsolved problems," Philippov said. 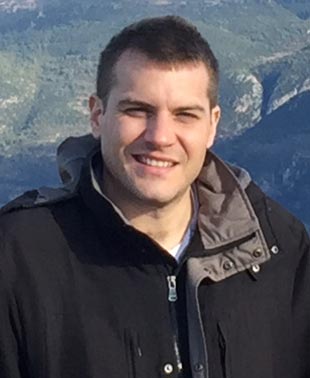 Shapiro, a doctoral student in history who came to Princeton in 2011, has a bachelor's degree in classics from Brown University, a Master of Divinity from the Harvard Divinity School and a master's in Ottoman and Turkish history from Sabancı University. Shapiro is writing a dissertation titled "The Great Armenian Flight: The Celali Revolts and the Rise of Western Armenian Society," which offers new insights about the timing, reasons and impact of Armenians' migration to the western territories of the Ottoman Empire.

Said Molly Greene, professor of history and Hellenic Studies and Shapiro's adviser: "Henry is a determined hunter of sources and the source base for his work is astounding. … Henry has literally walked all over the areas of Anatolia discussed in his sources and has uncovered a material culture, such as abandoned monasteries, which he is using to reconstruct the history of the 17th century. … Henry is writing a history of the Armenians unlike anything that has been written to date."

After earning his Ph.D., Shapiro plans to become a professor at a research university. "I plan to present students a picture of the 'Islamic World,' which is far broader than that envisioned by most Americans, extending westward into the Balkans and eastward beyond Iran into Southeast Asia. Moreover, I have a vision of the Near East which incorporates the languages and histories of largely overlooked Christian societies," said Shapiro, who is proficient in Armenian, Greek, Persian and Turkish. 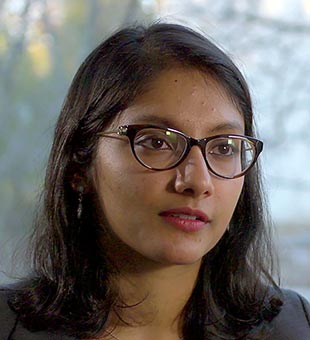 Sundaresan, a Ph.D. student in electrical engineering who came to Princeton in 2012, has a bachelor's degree in electrical and computer engineering from Carnegie Mellon University. Through experimental study, her dissertation explores non-equilibrium condensed matter physics with photons.

Her adviser Andrew Houck, a professor of electrical engineering, said Sundaresan has excelled at expanding her base of knowledge, learning skills such as nanofabrication and quantum measurement, teaching and mentoring other students, and making exciting discoveries in the lab. "In short, Neereja is a superstar," Houck said. "She is a gifted experimentalist who can bring her talents to bear on many problems at once and can lead teams of researchers both within my group and across several research groups."

After graduation, Sundaresan plans to contribute to ongoing quantum computing research. "Through the course of my Ph.D. I will have gained a solid foundation for a meaningful career in research. … As research in this field requires similar principles of device design, fabrication and measurement, I will be able to leverage the skills I've gained at Princeton while learning new ones," she said. "I think that these research initiatives will have broad and illuminating applications beyond the goal of universal quantum computation."