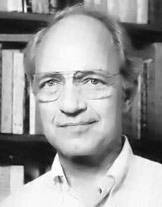 John Marks, professor emeritus of Near Eastern studies at the University, died at his home in Princeton on Wednesday, April 15, at age 85. He had been suffering from Alzheimer's disease.

A specialist in Near Eastern cultural and political history, Marks was a member of the faculty from 1954 until his retirement in 1993.

"John was a sweet-tempered man, learned in his field and modest in his demeanor," said Andras Hamori, who earned his bachelor's degree from Princeton in 1961 and is now the University's Cleveland E. Dodge Professor of Near Eastern Studies. "He was an excellent teacher. I know this from experience: He was my teacher and mentor when I was an undergraduate. He taught me Hebrew in my junior year and was my senior thesis adviser. Both experiences were valuable as well as most enjoyable."

The son of Ira and Clara Dralle Marks, he was born and raised in Denver. During World War II he served in Europe as a chaplain's assistant, a position to which Marks was appointed because he answered affirmatively when his platoon was asked whether anyone could play the organ. When the war ended, he returned to Colorado, where he completed a B.A. in classics at the University of Denver in 1946.

Marks then entered Princeton Theological Seminary, where he met his future wife, Aminta Willis. After graduating in 1949 with a B.D., he moved to Switzerland to study theology under Karl Barth at the University of Basel. He returned briefly to Horseheads, N.Y., in July 1951 to marry Aminta, who then joined him in Basel for two years as he completed a Th.D. in Old Testament.

Following their return to the United States and his subsequent ordination, Marks intended to pursue a life as a minister and theologian. He taught homiletics at Princeton Theological Seminary for a year, but his plans changed dramatically when Princeton University invited him to teach ancient history in what was then the Oriental studies department. Though initially ambivalent, he accepted the invitation and continued teaching there for nearly 40 years. He also served for two years as director of the Program in Near Eastern Studies, and for three years as chair of the Department of Near Eastern Studies.

His early course offerings at the University included Akkadian, biblical Hebrew and Ugaritic. He later gave up the ancient languages to concentrate on Syriac language and literature, but was perhaps best known for his two survey courses: "The Stone Age to Alexander" and "Alexander to Muhammad." In his own words, his "interests and publications [were] religiously directed, more from the perspectives of cultural and political history than of dogma, doctrine and theology. What we mean or intend when we say 'God' and the historical development of our perceptions of and appeal to 'divinity.' History is one way of coming to terms with human experience, and it seems to me, therefore, one means to that end rather than an end in itself."

Following the retirement of Dean of the Princeton University Chapel Ernest Gordon in 1980, Marks served as acting dean while participating as a member of the search committee. He also was active in the Westminster Foundation, which supports the work of the Presbyterian Church at the University.

His publications include "Der Textkritische Wert des Psalterium Hieronymi Iuxta Hebraeos" (1956), "A Beginner's Handbook to Biblical Hebrew" (with V.M. Rogers; 1958), "Genesis in the Interpreter's One Volume Commentary on the Bible" (1971) and "Visions of One World: Legacy of Alexander" (1985). His chief focus, however, was his teaching -- and his graduate and undergraduate students, many of whom remained lifelong friends.

Marks served only briefly as a pastor, but his two summers as minister of the Grindstone Methodist Church in Clayton, N.Y., introduced him to a community in the Thousand Islands that he would serve for nearly 40 years as church organist. His belief in community service was manifested in Princeton by a commitment to the public school system, which he served as president of the school board, and to the planning and zoning board, of which he was a member.

He is survived by his wife of nearly 58 years, Aminta; his son Peter; his daughter, Fleur Rueckert, her husband, William, and their children Cleveland, Elizabeth and Julia; and his son, John ("Pom"), his wife, Belle, and their children Phoebe, Anna and Eliza. He was predeceased by his sister, Miriam Dalton.

Memorial contributions may be made to the Princeton Theological Seminary or the Westminster Foundation.

John Willis, professor emeritus of Near Eastern studies, dies at 69