International leaders in the fields of organic electronics, astrophysics and Chinese culture will visit Princeton this year as the first participants in the University's Global Scholars Program.

The program was developed as part of the University's internationalization efforts and is overseen by the Council for International Teaching and Research. It will bring scholars to Princeton on a recurring basis to teach, conduct research, participate in ongoing workshops and give public presentations. A key goal of the program is to build ongoing ties between Princeton and other academic institutions around the world for opportunities such as research collaboration and faculty and student exchanges. 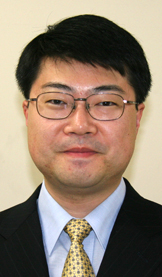 Someya, a professor of electrical engineering at the University of Tokyo, is a leading expert in large-area organic electronics and circuits. Through his research, he has demonstrated wireless power transfer, for example charging a laptop from a grid embedded throughout a tabletop; the elements of electronic skin, such as a robotic hand with a sense of touch; and other applications including a sheet of electronically programmable Braille. Currently he is working on a wearable ultrasound fabric, for purposes such as 24/7 fetal monitoring.

At Princeton, Someya will collaborate with faculty at the Princeton Institute for the Science and Technology of Materials and the departments of electrical engineering and chemical engineering on research projects. He also will share his work with students, demonstrating his prototypes of artificial skin and wireless power transmission. 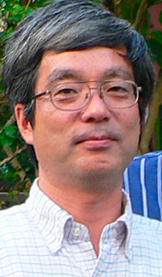 Suto, a professor of physics at the University of Tokyo, studies a wide range of topics from cosmology to extrasolar planets. Well known as a theoretical astrophysicist, his work in developing cosmological computer simulations has helped to compare physical predictions of the galaxies with their observed statistical properties. In the 1990s, Suto collaborated with astrophysicist Jeremiah Ostriker and others at Princeton on this research. In 2005, he was awarded the Hayashi Chushiro Prize by the Astronomical Society of Japan for his modeling of galaxy clusters.

Suto also is playing important roles in developing large observational cosmology projects. These include the international Sloan Digital Sky Survey project, which allows astronomers from Princeton and other institutions to use data to gain insights into the composition of the solar system. He also is engaged in the 10-year collaboration between Princeton and the National Astronomical Observatory of Japan to use the Subaru Telescope in Hawaii, one of the largest telescopes in the world, to look for planets and explore the distant universe.

While at Princeton, Suto will give special lectures and collaborate with faculty research and teaching in astrophysical sciences. 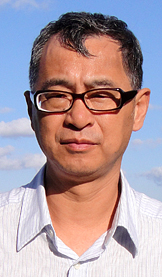 Ge is the founding director of the National Institute for Advanced Humanistic Studies at Fudan University in Shanghai, which focuses on research in Chinese literature, history and philosophy, and advances the study of Chinese culture within a global perspective. Scholars at the institute also collect and compile newly discovered Chinese texts, mostly from archaeological sites.

A specialist in medieval Chinese religion and history, Ge is a leading scholar of Chan (Zen) Buddhism in China and has written more than 15 books.

At Princeton, Ge will collaborate with faculty including Benjamin Elman in East Asian studies and Stephen Teiser in religion on topics of medieval history and the history of religion. He will serve as a resource to faculty and students throughout East Asian studies and will participate in a three-year collaborative project, New Directions in the Study of Early Modern East Asia, sponsored by the Princeton Institute for International and Regional Studies.