International leaders in the fields of public health, Middle Eastern studies, Latin American history and U.S.-China relations will visit Princeton for terms starting in the academic years 2010-11 and 2011-2012 as the second round of participants in the University's Global Scholars Program.

Developed as part of the University's internationalization efforts, the program is overseen by the Council for International Teaching and Research. It brings scholars to Princeton on a recurring basis to teach, conduct research, participate in ongoing workshops and give public presentations. A key goal of the program is to build ongoing ties between Princeton and other academic institutions around the world for opportunities such as research collaboration and faculty and student exchanges. 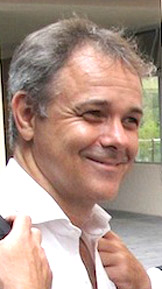 Farrar is a world leader in infectious disease research and training, and he brings a global perspective to issues facing international public health. He is the director of the Oxford University Clinical Research Unit (OUCRU) in Ho Chi Minh City, Vietnam. He is the recipient of numerous honors and awards, is a fellow of the Academy of Medical Sciences in the United Kingdom and serves in a number of advisory roles for the World Health Organization.

At Princeton, Farrar will provide faculty and students an opportunity to begin collaborations in Vietnam with the OUCRU, which supports research on major tropical diseases, HIV and AIDS, animal health and zoonosis, and statistical and modeling work.

Farrar will lecture in courses associated with both the graduate and undergraduate certificate programs in health and health policy, and participate in mentoring undergraduates by co-advising senior thesis research projects and by co-directing a policy workshop designed to prepare students with the background material needed for fieldwork. During the fall semester break, Farrar and his research group will host student visits to Vietnam and supervise their work. His impact on graduate students will be felt largely through collaborative research projects, such as his collaboration with Professor Bryan Grenfell's group on the dynamics of influenza. 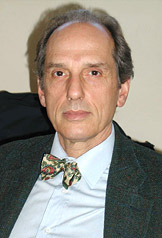 Luciani is the director of the Dubai-based Gulf Research Center Foundation (GRC), a nonprofit organization that gathers and disseminates knowledge about the Gulf region through scholarly research on political, economic, social and security issues. He has held several visiting professorships, and serves as an adjunct professor of international relations at the Johns Hopkins University Bologna Center in Italy.

A leading specialist in the political economy of the Middle East, as well as the economics of energy in the Persian Gulf, Luciani focuses on understanding the political and economic context in the Middle East and how it affects the rest of the world. He currently leads research on security of oil supplies within the SECURE project (Security of Energy Considering its Uncertainty, Risk and Economic implications), and participates in the POLINARES (POLIcy for NAtural RESources) project led by the University of Dundee in Scotland.

At Princeton, Luciani will teach and mentor students -- co-advising undergraduates on their junior papers and senior theses, as well as Ph.D. candidates on their dissertations -- and he will deliver lectures on his most recent work. His leadership at the Gulf Research Center Foundation will provide faculty, students and postdoctoral researchers from the Wilson School with a research base from which to conduct fieldwork in the region. 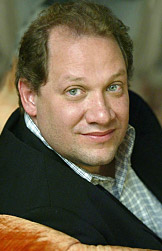 Rojas is one of Cuba's most distinguished Caribbean historians and cultural critics, and a renowned scholar and writer of Latin America history. The author of more than 15 books and 100 scholarly essays, he has won numerous international awards, including the Premio Matías Romero (2001) and the Anagrama Essay Award (2006).

Rojas has taught and lectured widely, including at universities in Cuba, Mexico, Spain, Ecuador, Puerto Rico, Argentina and the United States. Currently he teaches at the Center for Economic Research and Teaching (Centro de Investigacion y Docencia Economicas/CIDE) in Mexico City. In 2007, he was a visiting professor at both Princeton and Columbia universities.

As a Princeton Global Scholar, Rojas will participate in undergraduate and graduate scholarly activities by teaching, mentoring and supervising senior theses and doctoral research that have a Caribbean or Mexican component. The breadth of his interactions across the University will include introducing undergraduate students to Cuba's modern intellectual and political history, offering guidance and support in several graduate programs, and providing institutional connections to graduate students with an interest in Caribbean and Latin American studies. He also plans to supervise an interdisciplinary working group made up of graduate students and faculty that will focus on Caribbean political cultures and globalization, and to deliver open lectures on topics related to Cuban and Latin American culture and history. 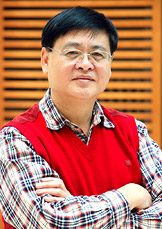 Wang, the dean of Peking University's School of International Studies, is known for his study of China's relations with the United States and international relations overall. He serves on top advisory boards for the Ministry of Foreign Affairs of the People's Republic of China and the Chinese Communist Party. He has taught at the Central Party School, the mid-career training ground for China's rising government leaders, and has been a mentor to many government officials in China, as well as the next generation of Chinese foreign policy scholars.

His core areas of expertise and extensive published work include American diplomacy, U.S.-China relations, and the theory of international relations and Chinese foreign policy. He is among a small number of Chinese scholars who have published articles in English, in publications such as Foreign Affairs and The American Interest. He has taught at Peking University and the Chinese Academy of Social Sciences and served for more than a decade as director of the academy's Institute of American Studies, which provides analysis of the United States for the State Council of the Chinese government. He also serves on the International Council of the Asia Society in New York City and on the advisory council of the Center for Northeast Asian Policy Studies at the Brookings Institution in Washington, D.C.

At Princeton, Wang will engage faculty and students through seminars and workshops, exploring topics that include China's rise in international politics, China's foreign policies, including its relations with the United States, and the relationship between China's foreign and domestic policies.