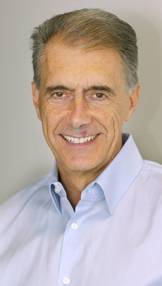 Some people fight global warming by driving fuel-efficient cars. Others weatherproof their houses or plant trees.

As the United States and other countries around the world debate how to best reduce the production of greenhouse gases, Carmona hopes to bring the objectivity – and rationality – of mathematics to bear on the problem.

In recent months, Carmona, the Paul Wythes '55 Professor of Engineering and Finance, has leveraged his expertise in the mathematical modeling of financial markets and other complex systems to develop models to guide cap-and-trade policies intended to curb greenhouse gas emissions.

"It's a very politically charged issue," said Carmona, who also is a professor of operations research and financial engineering. "My intention is to demystify cap-and-trade and at the same time understand its weaknesses and loopholes. There have been mistakes in the past, yet our research shows that a cap-and-trade system can work. But only if you do it right."

Carbon dioxide traps sunlight, and hence heat, in the Earth's atmosphere, and the gas has been fingered as the main culprit in global warming. Generally speaking, cap-and-trade policies set a ceiling on a nation's total carbon dioxide emissions and then allow major carbon producers such as power companies or manufacturers to buy and sell carbon credits.

The carbon credits are distributed among the companies when the policy first goes into effect, and the companies can only emit as much carbon as they have credits, or face penalties. This creates a carbon market in which companies must either emit less carbon dioxide by investing in new technologies, operating more efficiently or producing less, or they must buy excess credits from other companies.

That's the way it's supposed to work.

Critics of cap-and-trade policies often point to problems encountered in Europe after the European Union Greenhouse Gas Emission Trading System was first instituted in 2005. Experts generally agree that the system initially allocated too many credits – more than warranted by the actual emissions. "They gave out all these certificates for free, and no one bothered to cut emissions," Carmona said.

Soon after the system was put in place, power producers raised prices, leading critics to charge that they were gouging consumers by pretending they were compensating for costs incurred from the new policy, despite the fact they didn't actually have to reduce emissions. While the price surges were due in part to other factors, public outrage over the matter may have been warranted in some cases, Carmona said.

"In France, for instance, much of the power comes from nuclear plants, but those plants don't release carbon dioxide," he said. "These companies saw windfall profits, but Europe emitted the same amount of carbon."

Yet Carmona is bullish about cap-and-trade.

He insists that these early mistakes on the part of regulators and policy architects don't mean that the idea is untenable, but rather reflected a first stab at solving a complex problem. Since then, he said, European leaders have learned from their early mistakes and the policy is now working as originally intended. A report released by the German Marshall Fund in August found that the EU policy reduced carbon dioxide emissions by 50 to 100 million metric tons each year, or 2.5 to 5 percent annually, since it was implemented.

That outcome jibes with the results of Carmona's simulations of cap-and-trade scenarios. He found that such policies can, in fact, reduce carbon emissions without causing undue disruptions to economies, but that how the carbon credits initially are distributed is crucial. "Somebody has to pay for reducing carbon," he said. "We've found that who pays more, the producers or the users, depends on how you distribute the credits."

His models differ from early work, he said, in that they more fully account for unpredictability of events such as weather, natural disasters or wars that might impact carbon markets. His techniques borrow from financial mathematics, which focuses on understanding and managing risk.

"By acknowledging that the world is unpredictable, dynamic models including random factors are more realistic," he said. "This way we can better identify what knobs regulators can turn to control the system."

Last spring, Carmona hosted a workshop at the Mathematical Sciences Research Institute in Berkeley, Calif., on the use of mathematical models of bargaining to address climate change. A paper on his research has been accepted by SIAM Review, the flagship journal of the Society of Industrial and Applied Mathematics, and will be published in an upcoming issue.

Carmona plans to continue improving his models to account for scenarios that might undermine cap-and-trade policies. In one scenario, a hedge fund could buy a large number of the credits and thus drive up the price. Another possibility is that manufacturers and power producers abandon countries or states with emissions policies for countries without such regulations, a phenomenon he refers to as "leakage."

He hopes these efforts will encourage mathematicians, economists and engineers to get more involved in the public discussion of cap-and-trade policies, and perhaps help avoid an environmental calamity far worse than the current economic crisis. "Academics didn't get involved early enough to say there were deep flaws in the financial markets," he said. "We should get involved in the climate change discussion sooner, so that it's not just the major emitters providing information to politicians."

"It's crucial that we get involved in figuring these things out," he added. "We can't afford to have a repeat of Europe's false start with cap-and-trade policies. We may not get a third chance."