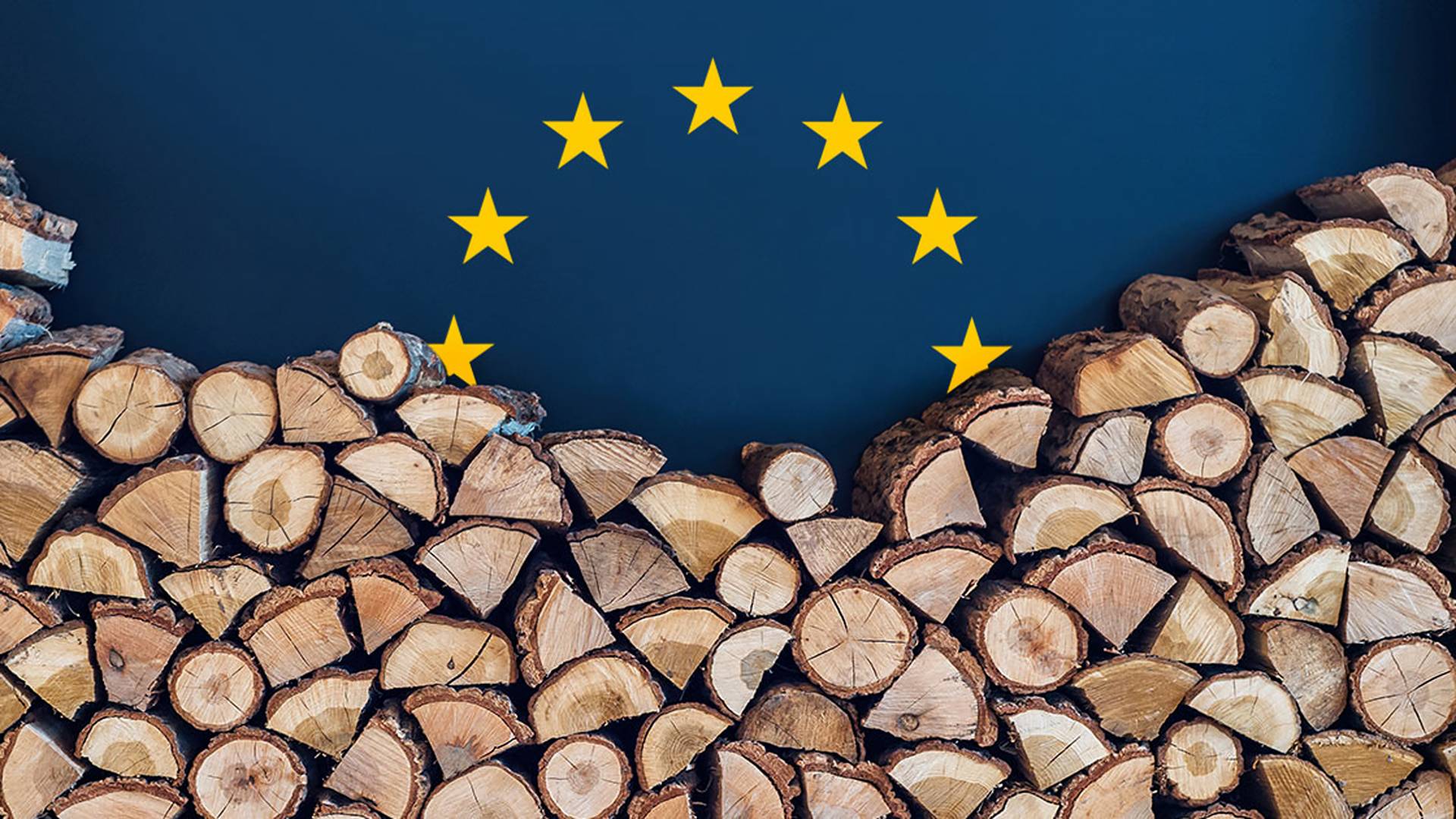 Europe’s decision to promote the use of wood as a “renewable fuel” will likely greatly increase Europe’s greenhouse gas emissions and cause severe harm to the world’s forests, according to a new comment paper published in Nature Communications.

European officials agreed on final language for a renewable energy directive earlier this summer that will almost double Europe’s use of renewable energy by 2030. Against the advice of 800 scientists, the directive now treats wood as a low-carbon fuel, meaning that whole trees or large portions of trees can be cut down deliberately to burn. Such uses go beyond papermaking wastes and other wood wastes, which have long been used for bioenergy.

The paper, co-authored by eight scientists from the United States and Europe, estimates that this bioenergy provision in the Renewable Energy Directive will lead to vast new cutting of the world’s forests. This is because additional wood equal to all of Europe’s existing wood harvests will be needed just to supply 5 percent of Europe’s energy.

The paper also estimates that using wood for energy will likely result in an increase of 10 to 15 percent in emissions from Europe’s energy use by 2050. This could occur by turning a 5 percent decrease in emissions required under the directive using solar energy or wind energy into a 5 to 10 percent increase by using wood.

Europe’s increased wood demand will require additional cutting in forests around the world, but the researchers explain the global impact is likely to be even greater by encouraging other countries to do the same. Already, tropical forest countries like Brazil and Indonesia have announced they, too, will try to reduce the effect of climate change by increasing their use of wood for bioenergy.

“Globally, if the world were to supply only an additional 2 percent of its energy from wood, it would need to double commercial wood harvests around the world with harsh effects on forests,” said study lead author Tim Searchinger, a research scholar at Princeton University’s Woodrow Wilson School of Public and International Affairs and a lecturer in the Princeton Environmental Institute.

Although wood is renewable, cutting down and burning wood for energy increases carbon in the atmosphere for decades to hundreds of years depending on a number of factors, the researchers explained. Bioenergy use in this form takes carbon that would otherwise remain stored in a forest and puts it into the atmosphere. Because of various inefficiencies in both the harvesting and burning process, the result is that far more carbon is emitted up smokestacks and into the air per kilowatt hour of electricity or heat than burning fossil fuels, the authors explained.

While regrowing trees can eventually reabsorb the carbon, they do so slowly and, for years, may not absorb more carbon than the original forests would have continued to absorb. This results in long periods of time before bioenergy pays off the “carbon debt” of burning wood compared to fossil fuels.

The paper also explains why the European directive’s sustainability conditions would have little consequence. Even if trees are cut down “sustainably,” that does not make the wood carbon free or low carbon because of added carbon in the atmosphere for such long periods of time.

The directive also misapplies accounting rules for bioenergy originally created for the U.N. Framework Convention Climate Change (UNFCCC). Under the rules of that treaty, countries that burn wood for energy can ignore emissions, but countries where the trees were chopped must count the carbon lost from the forest. Although this rule allows countries switching from coal to wood to ignore true emissions figures, it balances out global accounting, which is the sole purpose of those rules, and does not make bioenergy carbon free.

The system does not work for national energy laws, which will be required by the directive. If power plants have strong incentives to switch from coal to carbon-neutral wood, they will burn wood regardless of any real environmental consequences. Even if countries supplying the wood report emissions through UNFCCC, those emissions are not the power plants’ problem.

Finally, the paper highlights how the policy undermines years of efforts to save trees by recycling used paper instead of burning it for energy. Also, as the prices companies are required to pay for emitting carbon dioxide increases over time, the incorrect accounting of forest biomass Europe has adopted will make it more profitable to cut down trees to burn.

The paper’s warning that the use of wood will likely increase global warming for decades to centuries was also expressed by the European Academies Science Advisory Council in a commentary released June 15.

Statements by the study’s co-authors:

Tim Beringer, Humboldt-Universität zu Berlin
“The directive reverses the global strategy of trying to subsidize countries to protect their forests and their carbon. Instead of rewarding countries and landowners to preserve forests and the carbon they store, this directive encourages companies to pay them for the carbon in their forests, but only on the condition that they cut the trees down and ship them to Europe to be burned.”

Bjart Holtsmark, Statistics Norway
“Although the directive encourages countries to harvest wood to burn, it does not require that they do. Countries should follow alternative strategies, focusing on solar in meeting European requirements for more renewable energy.”

Dan Kammen, University of California-Berkeley
“Compared with the vast majority of what counts as ‘bioenergy by harvesting wood,’ solar and wind have large advantages in land-use efficiency and lower and lower and lower costs. The focus on wood is not only counterproductive for climate change but unnecessary.”

Eric Lambin, Stanford University and Université catholique de Louvain
“Treating wood as a carbon-neutral fuel is a simple policy decision with complex cascading effects on forest use, energy systems, wood trade and biodiversity worldwide. Clearly, many of these effects have not received due attention.”

Wolfgang Lucht, Potsdam Institute for Climate Impact Research and Humboldt-Universität zu Berlin
“It makes no sense at all to save trees through recycling and then turn around to burn them for energy. There is nothing green, renewable, or environmentally friendly about that. Global forests are not disposable. The European Union should wake up and limit the role of bioenergy in the transition to renewable energies.”

Peter Raven, Missouri Botanical Society
“Any increased demand for wood as fuel will have huge negative impacts on global biodiversity because many kinds of forests throughout the world, including the most biodiverse, will also end up being cut to satisfy the endless demand locally and to send to rich countries as they exhaust their own managed forests.”

Jean-Pascal van Ypersele, Université catholique de Louvain
“European citizens once more experienced the harsh effects of global warming this summer. In the name of reversing climate change, this counterproductive policy will increase deforestation and carbon emissions rather than contribute to decreasing them. More emissions will only make the summers even hotter for decades to centuries.”