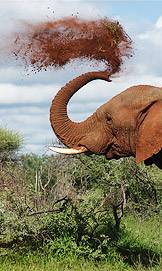 "Self-Sufficiency," a photo by junior Dean Shaban that captures an elephant showering itself with red clay in Madikwe, South Africa, is featured in an exhibition that offers perspectives on the question "What Is Hope?" The exhibition, which is on view in the Murray-Dodge Hall lobby, showcases 33 portraits, landscapes and other images that were taken by Princeton campus community members around the world.

Princeton community members present photographic perspectives on the question "What Is Hope?" in an exhibition opening Monday, Dec. 14, in the Murray-Dodge Hall lobby.

The exhibition includes 33 images selected from more than 100 submissions by Princeton students, faculty and staff. It is sponsored by the offices of religious life, the dean of undergraduate students and the vice president for campus life as well as the Lewis Center for the Arts and The Daily Princetonian.

"Some photos radiate from a center of joy and possibility, others challenge us to consider what forms hope takes in banal or desperate situations," said Paul Raushenbush, associate dean of religious life and one of the exhibition's curators. "Through these photos we remember that hope is difficult to define, elusive and yet central and crucial to the act of living and growing." 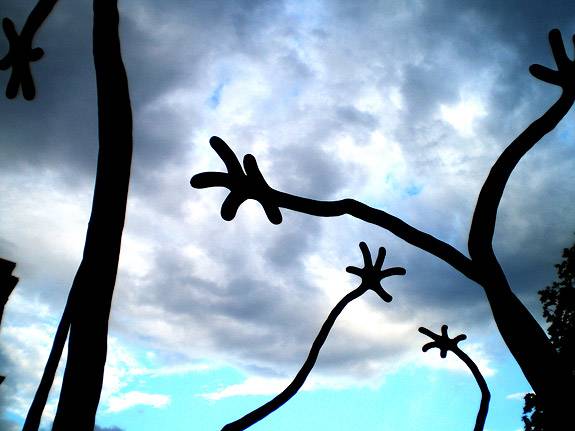 "In Our Hands" was taken by junior Tara Lewis in the Luxembourg Gardens in Paris. "I couldn't help but see the sculpture as groups of hands reaching for the sun like plants following the light," Lewis said in describing her view of the hopeful nature of the image. 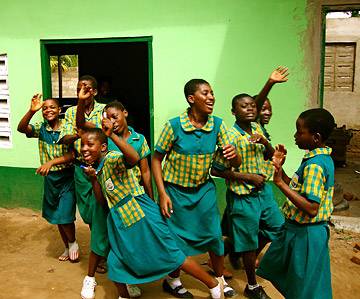 Sophomore Chenyu Zheng captured a happy moment among schoolchildren in this photo, titled "Ghana's Hope." Zheng noted that "these kids really have showed me that we shall have hope in Ghana and in Africa."

The curators selected portraits, landscapes and other images that were taken around the world and offer viewpoints on hope in its many forms.

"We were measuring two factors: the quality of the photograph itself and, equally important, how it evoked a response in the group to the question of what is hope," Raushenbush said. "Some of these photos inspired pretty animated debate on the very question of hope and how each person on the committee saw, or didn't see, hope in a given photograph. It showed how subjective hope can be and how it is tied into our own experiences and even aesthetics. I think hope is something harder to visualize, although you know it when you feel it."

"What Is Hope?" is the latest in an annual series of exhibitions of photographs by Princeton community members who were asked to submit images addressing concepts such as sacredness, family and peace.

"What Is Hope?" will be on view in Murray-Dodge through Wednesday, Dec. 1, 2010. The exhibition also can be viewed online. 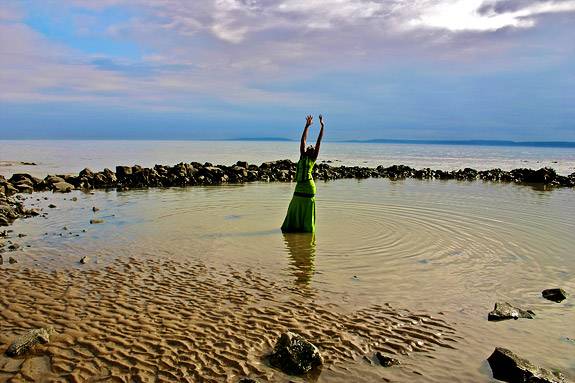 "Uplift," by freshman Sophie Moskop, shows a model off the coast of the Bristol Channel in Wales, on the campus of Moskop's high school, the United World College of the Atlantic. Moskop intended for the image to portray "a connection with the environment around us and a certain degree of spiritualism inherent in the setting."