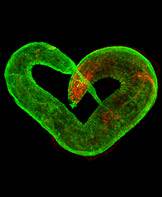 Maria Ciocca, a 2005 alumna who is a graduate student at the University of Pennsylvania School of Medicine, won third prize from the judges in the Art of Science competition for "Worm Love." She is studying the process of asymmetric cell division in the development of model organisms, such as the worms pictured here. "In the process of using immunofluorescence microscopy to study the one- and two-cell stage embryo of this organism, occasionally the slides will contain fully developed worms that were not properly removed in the fixation process," she said. "Typically these worms are not imaged and processed -- in fact, they do not usually retain a recognizable form. When I came across this image, it was too good to pass up." An exhibition of 48 works from the Art of Science competition is available online and in the Friend Center atrium.

View a video of the Art of Science exhibition. 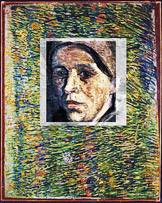 "Uncovering Lost Painting of Vincent van Gogh" was submitted by senior Andrei Brasoveanu and Ingrid Daubechies, the William R. Kenan Jr. Professor of Mathematics and Applied and Computational Mathematics. It represents their work to reveal the portrait of a woman van Gogh painted around 1885, then later painted over to create "Pasture in Bloom."

A panel of distinguished judges has selected the best pieces of art to come out of the University's research labs. Now it's everyone else's turn. 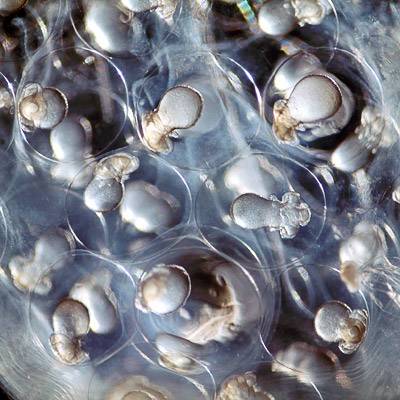 An online gallery for Princeton's third Art of Science competition went live May 14 and is accompanied by a site that allows members of the public to choose their favorite entry. The voting site is an outgrowth of a sociology and computer science research project at Princeton.

The theme of this year's competition was "found art," with the organizers of the exhibition soliciting scientific images created during the course of an actual research project, rather than art inspired by science.

"This show exuberantly supports the idea that images produced in the pursuit of science can have an aesthetic value that is on a par with art created for art's sake," said Andrew Zwicker, the head of science education at the Princeton Plasma Physics Laboratory and a lecturer in the Princeton Writing Program.

"We hope that this exhibit will serve as a window through which the wider, nontechnical audience can appreciate and understand the importance of scientific research," said Adam Finkelstein, associate professor of computer science and one of the exhibition organizers. 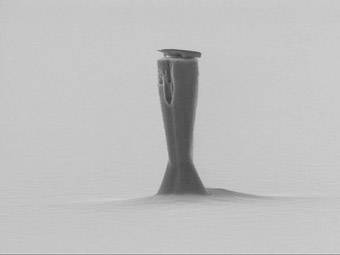 The top three entrants were awarded cash prizes in amounts calculated by the golden ratio (whose proportions have since antiquity been considered to be aesthetically pleasing): first prize, $250; second prize, $154.51; and third prize, $95.49.

After finishing judging last week, Muldoon said, "It was an invigorating and inspirational experience for me, I must say, to be reminded of the extent to which the structures and patterns of the natural world anticipate the structures and patterns we describe as art. It was particularly striking, too, given the alacrity with which we agreed on the top pieces, to be reminded moreover of how art chooses us rather than our choosing it."

Gowin, who has served as a judge for all three Art of Science competitions, said that it "is always a joy to see and study the amazing images that Art of Science brings together."

"Nature is obliviously full of amazing forms and surprises and so is the human imagination," Gowin said. "It seems to me that the collaboration between photography, in its many forms, and the natural sciences has been of one of the most fruitful meeting places of our modern world. The Art of Science is one of those lovely projects with which we should never be finished."

Dobkin noted that "as in past years, the quality of submissions to the Art of Science exhibit this year made judging almost impossible." 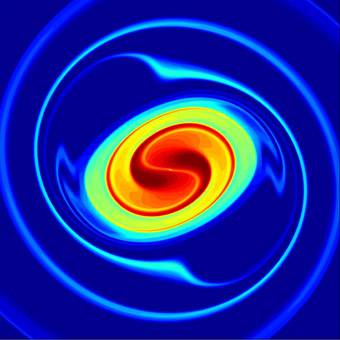 This image, titled "Vortex Waltz," captures two vortex centers (dark red) that have sent out spiral bands and shock waves throughout the background fluid as they've circled each other and combined. The image was submitted by graduate student Luc Peterson and Greg Hammett, principal research physicist at the Princeton Plasma Physics Laboratory and lecturer with the rank of professor in astrophysical sciences.

"The committee felt that many of the entries were worthy of recognition, and it was difficult to narrow our selections down to three favorites," said Dobkin. "It will be interesting indeed to see whether the viewing public echoes our choices or offers a different opinion altogether."

The Art of Science "People's Choice" award of $196.53 (the geometric mean of the first and second prizes) will be awarded to the artist of the piece that receives the most online votes by noon July 1.

The Art of Science voting gallery was created by a team headed by Matthew Salganik, an assistant professor of sociology at Princeton. The site builds upon an existing project called Photocracy, which draws on research at the Center for Information Technology Policy combining sociology, systems engineering and theoretical computer science.

"The platform we have built is essentially a suggestion box for the digital age, a tool that will enable groups to collect and then collaboratively evaluate new information such as ideas or photos -- or in this case, the art of science," Salganik said.

Hours for the Art of Science exhibition in the Friend Center atrium are 9 a.m. to 6 p.m. weekdays. It is supported by the Office of the President, the Office of the Dean of the Faculty, the School of Engineering and Applied Science, the Princeton Plasma Physics Laboratory, the Center for Information Technology Policy and the Lewis Center for the Arts.