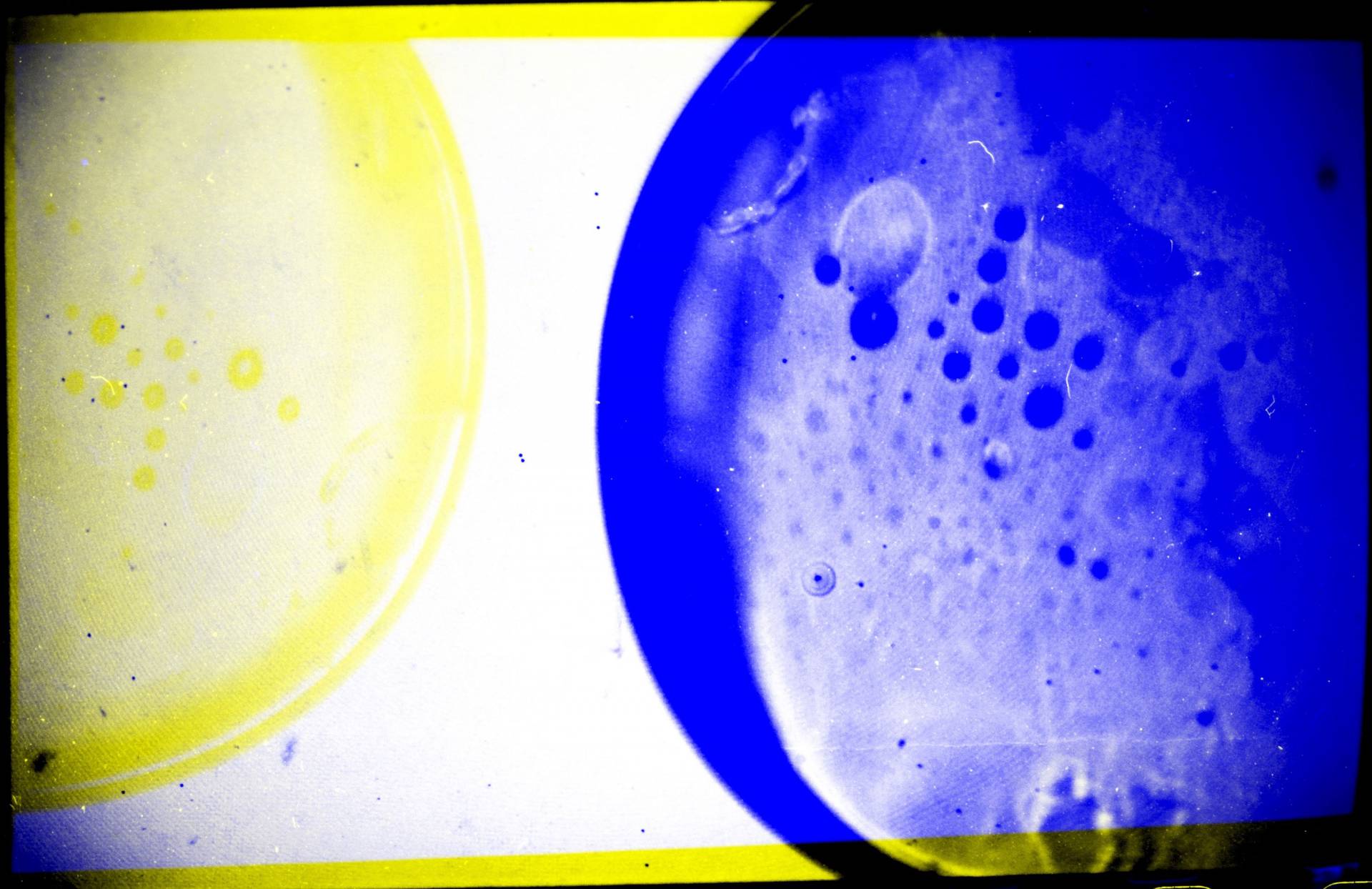 The 2017 "Art of Science" exhibition includes “Bumber Moons (Experiment 7),” which is the culmination of two artistic experiments by Louisa Willis, an art and archaeology major who graduated in 2017. She took two sets of images of petri dishes — one on an overhead projector with the temperature gradually increasing, the other with black-and-white film with colored filters on the camera lens. The negatives were then scanned and digitally stacked on top of each other.

The Princeton University ‘Art of Science’ exhibition explores the interplay between science and art.

Entries are chosen for their aesthetic excellence, their scientific or technical interest, and for their universal appeal that crosses cultures, languages and age groups. The 2017 selections, currently on view in the Friend Center atrium, drew from more than 170 submissions from a wide range of disciplines from astrophysical sciences to history, and includes images and videos by undergraduates, graduate students, faculty, alumni and staff.

The exhibit is free and open to public during Friend Center hours, weekdays 9 a.m. to 5 p.m. View current and past exhibition galleries on the Art of Science website.

“Breath of Life” by Heath Johnson, a postdoctoral research fellow in molecular biology, and Yogesh Goyal, a graduate student in chemical and biological engineering, shows a larva taking its first “breath” as its trachea fills with air. The characteristic branching structure is patterned and controlled by the localization of specific signals that are thought to direct cell migration. 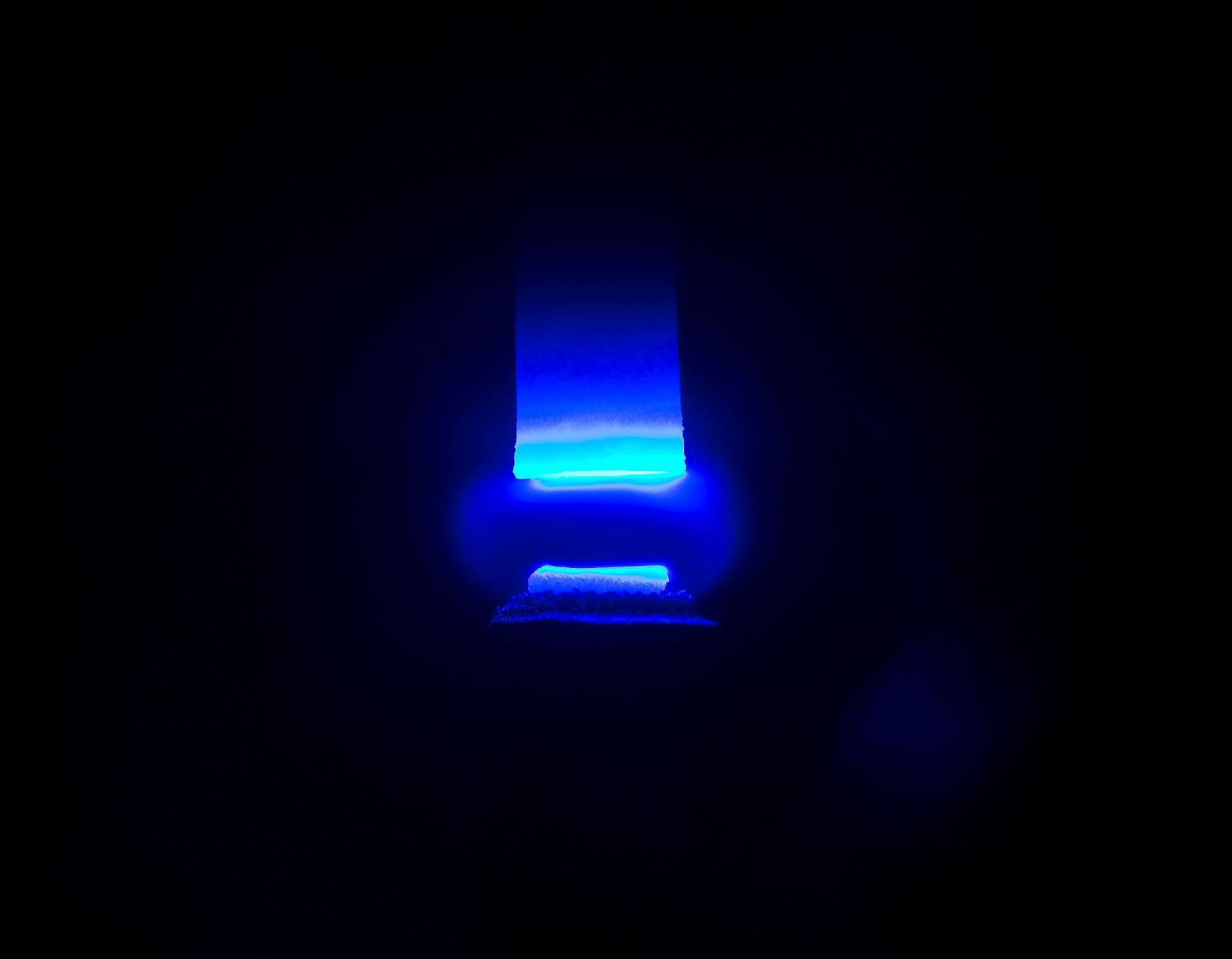 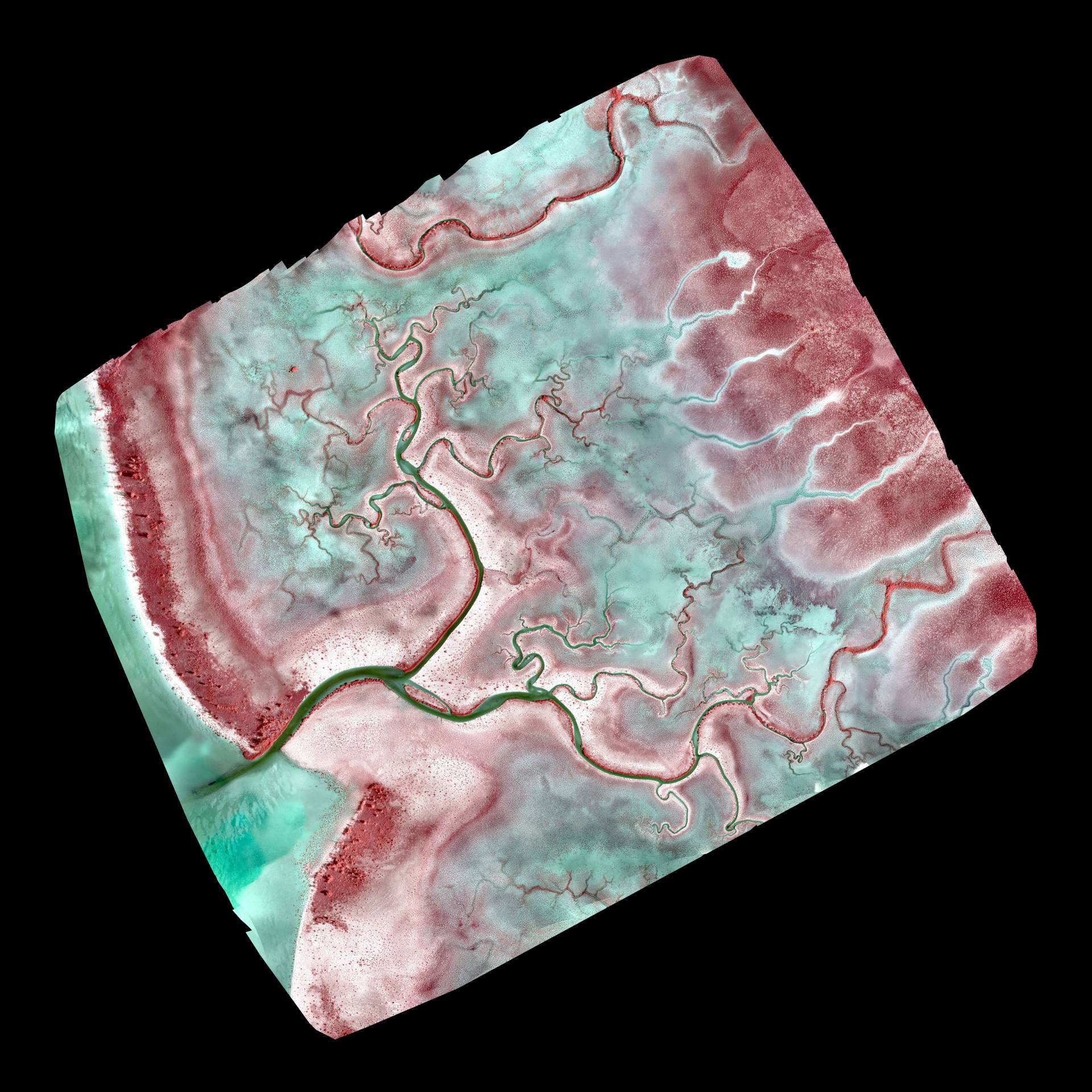 Geosciences graduate student Akshay Mehra and Associate Professor of Geosciences Adam Maloof submitted this drone-derived, near-infrared orthomosaic of a birdfoot branching channel network. The image was taken in the tidal flats of the modern-day Bahamian carbonate platform around Andros Island. 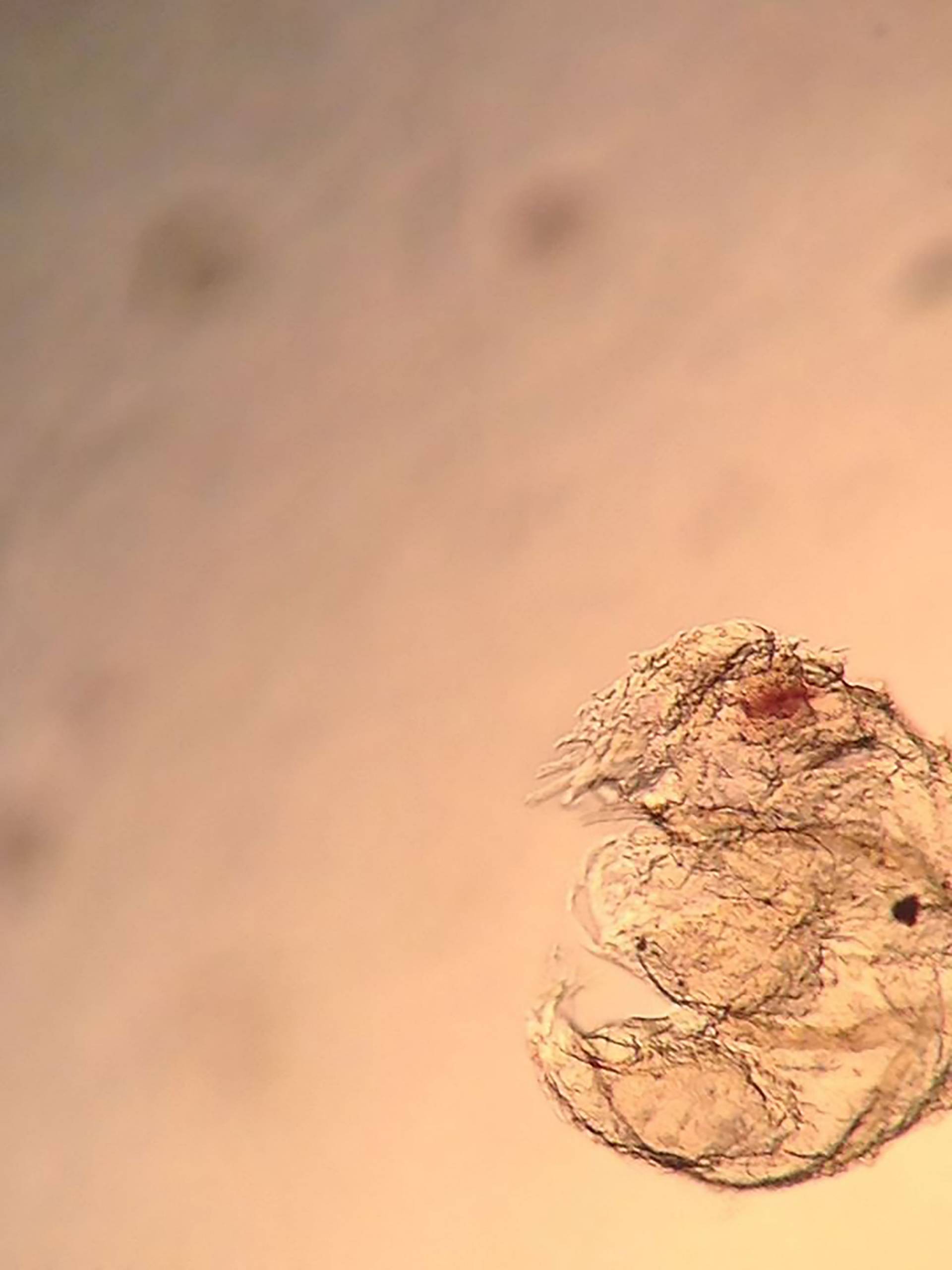 Junior chemistry major Pria Louka submitted the image “Mosquito Brain,” of a brain of a female Aedus aegypti mosquito infected with the Zika virus. Said Louka: “Dissecting, fixing, washing and imaging can take a week, as great care is required while handling the brains (which are smaller than the period at the end of this sentence). Then comes analysis, and mapping the 32 glomeruli of the antennal lobes. The purpose is to better understand why mosquitoes are so attracted to human odor.”