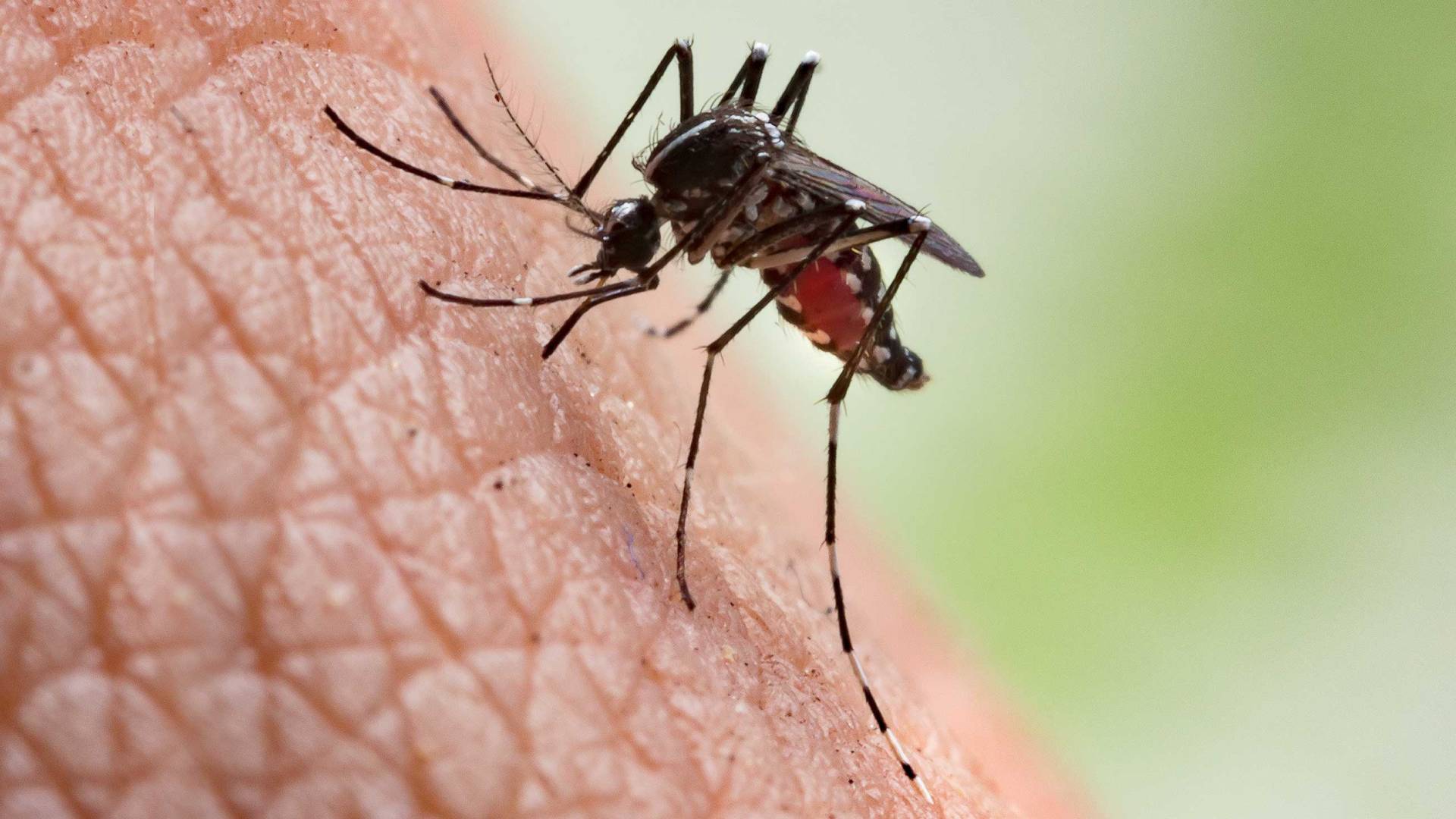 Some mosquitoes have evolved to bite humans almost exclusively. Princeton’s Lindy McBride led a team to discover how the species Aedes aegypti, a relative of the Aedes albopictus  here, targets us so precisely.

Mosquitos. Bane of backyard picnics — and deadly in Zika- and dengue-prone regions. 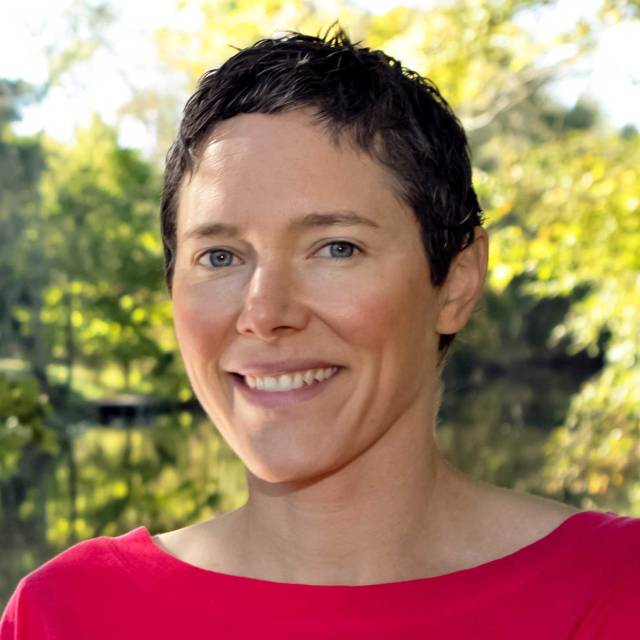 Most of the world’s mosquitos are opportunistic, willing to drink blood from any nearby source. But in some regions, the mosquitoes that carry Zika, dengue and yellow fever — Aedes aegypti — have evolved to bite humans almost exclusively. But to succeed as a specialized feeder, depending on just one species — ours — to survive, they must have evolved incredibly precise targeting strategies. How do they do it?

“We set out to try to understand how these mosquitoes distinguish human and animal odor,” said Carolyn “Lindy” McBride, an assistant professor of ecology and evolutionary biology and neuroscience, “both in terms of what it is about human odor that they cue in on and what part of their brain allows them to cue in on those signals.”

After years of dedicated work, including countless scientific and technological challenges, her team has discovered answers to both parts of this equation. What is it that the mosquitos are detecting, and how do they detect it? Their results appear in the current issue of Nature.

McBride described their mosquito-centric approach: “We sort of dove into the brain of the mosquito and asked, ‘What can you smell? What lights up your brain? What's activating your neurons? And how is your brain activated differently when you smell human odor versus animal odor?’”

Then-graduate student Zhilei Zhao, a 2021 Ph.D. alumnus who is now at Cornell, pioneered their novel approach: imaging mosquito brains at very high resolution to watch how the mosquito identifies its next victim. To do that, he had to first genetically engineer mosquitos whose brains lit up when active, and then the team had to deliver human- and animal-flavored air in ways that the mosquitos could detect while inside the team’s custom-built imaging equipment. 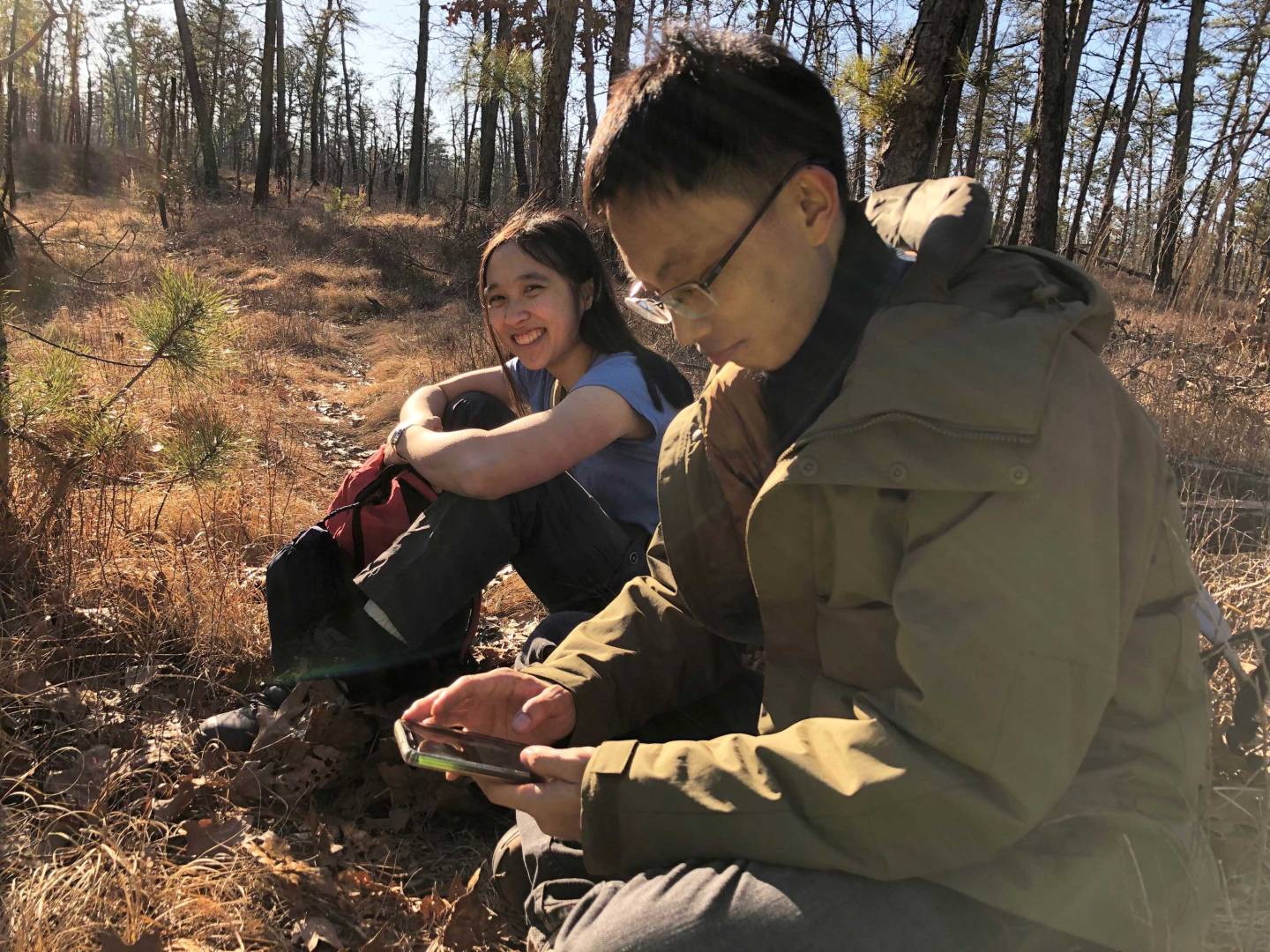 A team of researchers in the lab of Princeton’s Carolyn “Lindy” McBride have identified how mosquitos distinguish humans from other mammals. Their paper, featuring Zhilei Zhao (right) and Jessica Zung (left) appears in the current issue of Nature.

Human odor is composed of dozens of different compounds, and those same compounds, in slightly different ratios, are present in most mammal odors. None of those compounds is attractive to mosquitoes by itself, so the challenge was to determine the exact blend of components that mosquitos use to recognize human odor.

The team concluded that two chemicals, decanal and undecanal, are enriched in human odor. They patented a blend featuring decanal that they hope could lead to baits attracting mosquitoes to lethal traps, or repellants that interrupt the signal.

“For the human samples, we had a bunch of great volunteers,” Zung said. “We had them not shower for a few days, then strip down naked and lie down in a Teflon bag.” Why naked? Because cotton, polyester and other clothing fibers have their own smells that would distort the data.

Once they conquered the technical challenges — retrieving the human and animal odors nondestructively, designing a system that allowed them to puff human odor at the mosquitos in the imaging setup, creating a wind tunnel to test simple blends or single compounds, and breeding viable strains of mosquitos whose brains respond to the equipment — they began gathering data.

Before this study, researchers speculated that mosquito brains must have a complicated, sophisticated technique for distinguishing humans from other animals. Quite the opposite, it turned out.

“The simplicity surprised us,” said McBride. “Despite the complexity of human odor, and the fact that it doesn't really have any kind of human-specific compounds in it, the mosquitoes have evolved a surprisingly simple mechanism for recognizing us. To me, it's an evolutionary story: if we created a statistical test to differentiate human odor, it would be very complex, but the mosquito does something remarkably simple, and simple usually works pretty well, when it comes to evolution.”

In other words, simple solutions tend to breed true, over evolutionary time.

Mosquito brains have 60 nerve centers called glomeruli (singular: glomerulus). The team had hypothesized that many — maybe even most — would be involved in helping these human-dependent mosquitos find their favorite food.

“When I first saw the brain activity, I couldn’t believe it — just two glomeruli were involved,” Zhao said. “That contradicted everything we expected, so I repeated the experiment several times, with more humans, more animals. I just couldn’t believe it. It’s so simple.”

Of the two nerve centers, one responds to many smells including human odor, essentially saying, “Hey, look, there’s something interesting nearby you should check out,” while the other responds only to humans. Having two may help the mosquitos home in on their targets, the researchers suggest.

That was one of the biggest “Eureka!” moments in the project, said McBride. “Zhilei had worked for a couple years to get the transgenic mosquitoes that he needed, and then we found that we didn't have a good way to deliver human odor. So we worked for another year or two, coming up with ideas to try to figure out how to deliver enough human odor in a controlled enough way to see a response. Then, the first time we tried this new technology that we described in the paper — this new way of delivering odors — he actually saw a brain respond. It was incredible.”

By determining the glomeruli that mosquitos use to detect humans, and identifying what it is they are detecting — decanal and undecanal — the team has an elegantly straightforward answer to their questions, noted Zung.

“If this were purely a neuro imaging paper, there would be some questions remaining,” she said. “If this were purely an odor analysis paper, there would still be unanswered questions. A purely behavior paper, same thing. But one real strength of this project is that we were able to bring in so many different methods and the expertise of so many people. And Lindy was just amazing and willing to learn about and invest in all these different methods.”

“This entire project is incredibly collaborative,” Zhao agreed. “We were tackling so many lines of evidence that have now converged into a cohesive story, and that requires so much different expertise. I hadn’t studied any neuroscience before I came to Princeton, but we have the Princeton Neuroscience Institute here, with so many talented people I could learn from. For the odor science part, I have no background in that, but Jessica is an expert. And for the wind tunnel setup, we collaborated with researchers in Sweden. If we had done everything ourselves, we might not have gotten such good results; it's only through collaboration that we got here.”